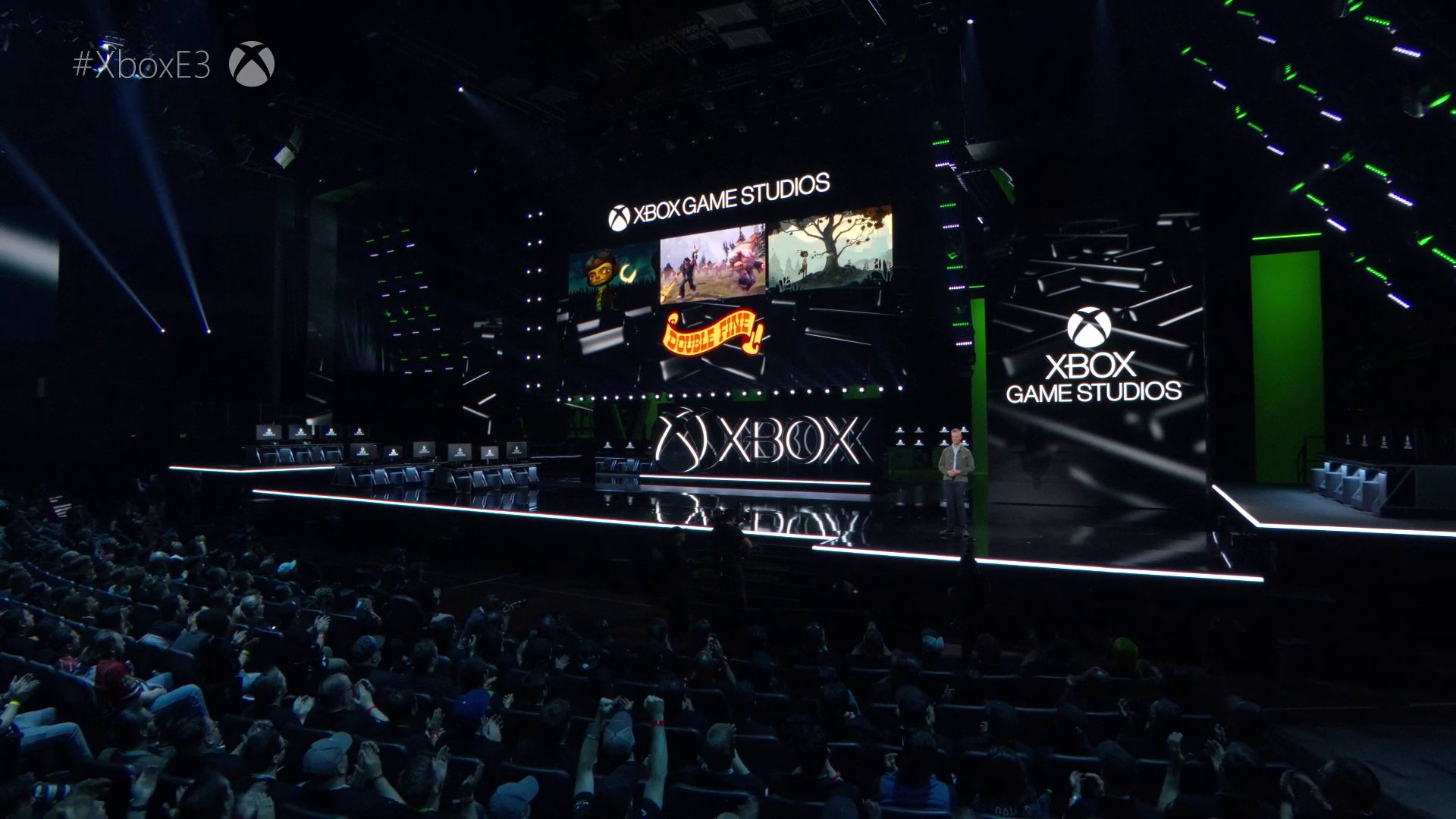 Xbox came to E3 sporting an impressive line-up of games, a new studio purchase, interesting collaborations and details about their next generation console. Project Scarlett is set for release holiday 2020 and the short four minute video talking about the new console was filled with all the buzzwords you would expect. There was also a funny line about SSDs and a lot of hate for loading screens. Someone must not have played Dragon Ball Z: Budokai and enjoyed making some saibamen grow. Now the press conference showed off an assortment of titles from both first and third party studios. Here’s our full recap:

The Outer Worlds got a new trailer that included a release date and the good news is we won’t have to wait long to play the science fiction RPG from the original creators of Fallout and Pillars of Eternity. You’ll be able to get your hands on it on October 25. The Outer Worlds will be available for purchase on Xbox One, PlayStation 4 and the Epic Games Store. The game will also be available on Xbox Game Pass at launch.

This one leaked a few days before E3 but this looks to be a rather interesting game coming from developer Ninja Theory. The company was acquired by Microsoft last year but the 4 on 4 online multiplayer game has been in developer for years. The game has an interesting group of heroes and combat is close quarters melee combat. No release date has been given as of yet.

Ori and the Will of the Wisps

We’ve know about this game for a few years now first being revealed at E3 all the way back in 2017. The gorgeous platformer was originally set for release in 2019 but they’ve delayed it a few months and the game will be releasing on February 11, 2020. The trailer for Ori’s second outing shows off some of the bosses you’ll come to face and showed off a little combat as well. Ori and the Will of the Wisps is an Xbox One console exclusive and will be available on Xbox Game Pass.

Minecraft Dungeons is a dungeon crawler made by Mojang and can be played with up to 4 players. The new trailer showed at the press conference showed off some of the game’s combat, which is reminiscent of Diablo. The trailer gave us at glimpse some the games puzzles and characters and gave the game a tentative release date of Spring 2020. It’ll be available on Xbox One, PS4, Switch and PC.

Blair Witch was a bit of a roller coaster for me personally. I thought we might be getting a new Alan Wake during its reveal, but this game seems rather interesting. Especially as it’s being developed by Layers of Fear developer Bloober Team. The game is coming out relatively soon as well. You’ll be able to pick up Blair Witch on August 3o and it will be available on both PC and Xbox One.

Two important things happened during the reveal of the latest trailer for CD Projekt Red’s Cyberpunk 2077. The first was the announcement of the release date, April 16, 2020. The second thing, Keanu Reeves is in the game. Keanu came onto the stage to help reveal the trailer and it was pretty cool. Cyberpunk 2077 will be available on Xbox One, PS4 and PC.

This is a neat little game that sports beautiful animation. You’ll be taking care of spirits before ferrying them off to the afterlife. It looks rather interesting overall, check it out for yourself when it releases sometime next year.

Battletoads got a new trailer showing off some classic beat ’em up gameplay. It looks like a modern take on the classic franchise but sadly we’ve yet to receive a release date. It looks rad overall and it’s been quite sometime since we’ve got to rock with the Battletoads.

This one is kind of cool and is set for release next year. It has a cardboard cutout look and it gives off a vibe of a kid designing his own tabletop game a la Dungeons and Dragons. You can see some influences from classic JRPGs as well. I know I’ll be checking it out.

Microsoft Flight Simulator has been around longer then I’ve been alive. The franchise started in the 80s and the newest title in the long running series looks breathtaking and sports locations from all over the world. No release date has been given for MS Flight Simulator but we do know that the game will be coming to PC and Xbox Gamepass.

What’s that I see? Nostalgia? Age of Empires II: Definitive Edition is on the way with improved visuals. You’ll be able to pick it up sometime this fall. Age of Empires II with be available via PC and Xbox Gamepass.

When Microsoft acquired several studios last year, inXile was one of the most exciting acquisitions in my opinion. The studio was founded by Interplay founder Brian Fargo and has continued the legacy of games like The Bard’s Tale and Wasteland. Wasteland 3 looks to move away from the desert setting of it’s last outing to the winter wonderland of Colorado Springs. No release date has been given as of yet for Wasteland 3 and the game is set for release on Xbox One, PS4, and PC.

Big announcement here as Double Fine has been acquired by Microsoft and joins the growing list of talented studios under the Xbox Game Studios banner. On top of that we got a new trailer giving us some insight into the game’s story as well as some gamplay. We also get to see our main villain.

If you like LEGO (Star Wars for that matter) this was your press conference with the announcement of a new LEGO Star Wars that takes place over all nine main films. Now if only we could get a new LEGO Island game. LEGO Stars: The Skywalker Saga is due for release next year.

Respawn’s new Star Wars game looks really good, which is expected from the Titanfall developer. EA showed the game off yesterday at it’s EA Play event and again at Xbox’s E3 Press Event. The game is releasing on November 15 this year. Star Wars Jedi: Fallen Order will be available on Xbox, PS4 and PC.

Oh, it’s time to rock the dragon! Dragon Ball Z has had a vast assortment of games over the years. Most are fighting games but Dragon Ball Z: Kakarot is going to be an action RPG. The combat shown in the trailer reminds me of the Dragon Ball Xenoverse games. So it’ll be interesting to see the how they treat the role playing elements of the game. DBZ: Kakarot is set for release in early 2020.

12 minutes is a game made by Luis Antonio and published by Annapurna Interactive who have attaching themselves to hit after hit including games like Journey, the Outer Wilds and What Remains of Edith Finch. This game looks just as thought provoking as those titles and follows the story of a man trapped in a time loop. You have to break the cycle and uncover the mystery of what’s going on. No release date as of yet but this one, is one to keep an eye on.

way to the woods.

Another game made by one person Way to the Woods looks to be a artistic outing as you play as a deer guiding a fawn through the city searching for a way… well, to the woods. It has a beautiful art style and should be another thought provoking game.  Way to the Woods is set for release in 2020.

Gears of War was a big focus of the press conference and Gears 5 was given a release date of September 10, 2019. They showed multiple trailers including a Terminator DLC. It also showed off a new Multiplayer game mode called Escape. They had fireworks and former WWE Champion AJ Styles was there. Really that all happened. Don’t believe it, check it out below.

Not gonna lie, this was pretty awesome. Again, I need a LEGO Island reboot. But anyway Forza Horizon 4 is getting a LEGO expansion later this week. And they had a life size car on the stage made completely of LEGOs. The expansion releases on Thursday.

Gears and Funko Pop are crossing over in a mobile game. It was first announced at last year’s E3 but here they gave us a cute little intro and some gameplay footage. You’ll be collecting characters from the Gears of War games and using them to compete against other players. It’s due out sometime this summer.

State of Decay 2 has a new story expansion that will follow two different characters. In fact it’s out right now. So if you care about State of Decay, go play it.

The long wait is over for western fans of Phantasy Star Online 2. The game was originally released in 2012 and for prospective on how long ago that was, Skyrim was a year old and SEGA wouldn’t release the awful Sonic Boom for another two years. Feel old yet? Spring next year, SEGA is bringing the franchise back to the west for the first time since Phantasy Star Universe. Which was a launch title for the Xbox 360 in 2006. Now if you could remake Phantasy Star 1-4 for me SEGA that would great.

Crossfire is a online FPS multiplayer game that is massive in Asia. It’s player numbers are vastly larger then even Call of Duty’s and now Crossfire is making it’s way to the west, courtesy of Xbox. Look forward to the crossfire and squad up when the game drops sometime next year.

Another one of the pre-E3 leaks, we knew of the latest entry in the Tales series of JRPGs and this one looks incredibly fun. The game is currently slated for release sometime in 2020.

Borderlands 3 was first shown off a couple months ago but received a new trailer at Xbox’s press conference. They also announced an expansion for Borderlands 2, that’s meant to fill the gaps between the two games. Borderlands 3 is scheduled for release on September 13, later this year.

Also leaked but I think we can forgive them for being a bit excited. Elden Ring is being developed by Dark Souls creators FromSoftware and written in part by Game of Thrones writer George R.R. Martin. This is a match made in hell and this could be one of FromSoftware’s best. Of course we have not received a release date as of yet and who knows if it’ll make it onto this generation’s consoles. But this is a game worth keeping tabs on.

The show ended on the official reveal of Project Scarlett and the announcement that Halo Infinite will be a launch title for the system. Last year they gave us a name and this year we got a CGI trailer and the return of Master Chief. The trailers paints a grim future of Halo. One where they’ve lost the war and something is attacking them. Whether the enemies are new or old is yet to be seen. Halo Infinite is slated for a Holiday 2020 release.

Also if you’d be so kind to follow us on Twitter for the latest E3 news, we’d appreciate it. Oh and while you’re here check out our reviews. 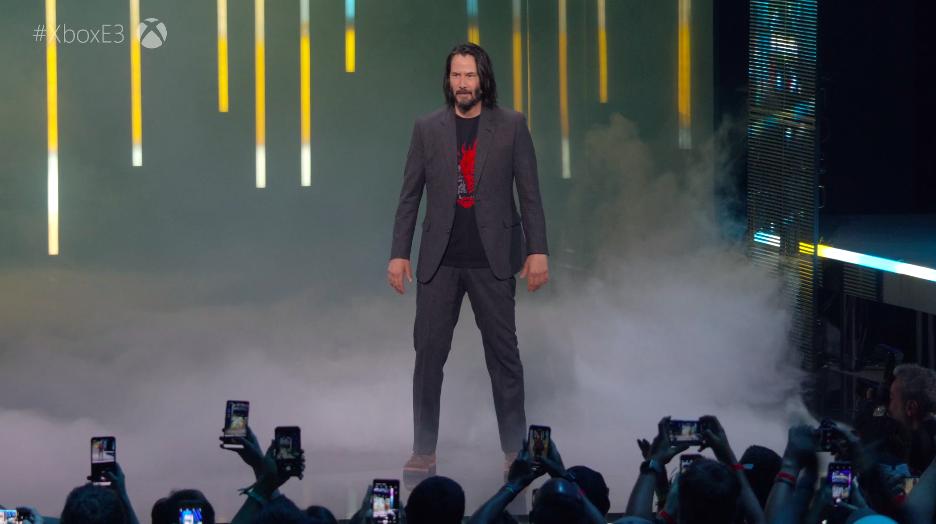 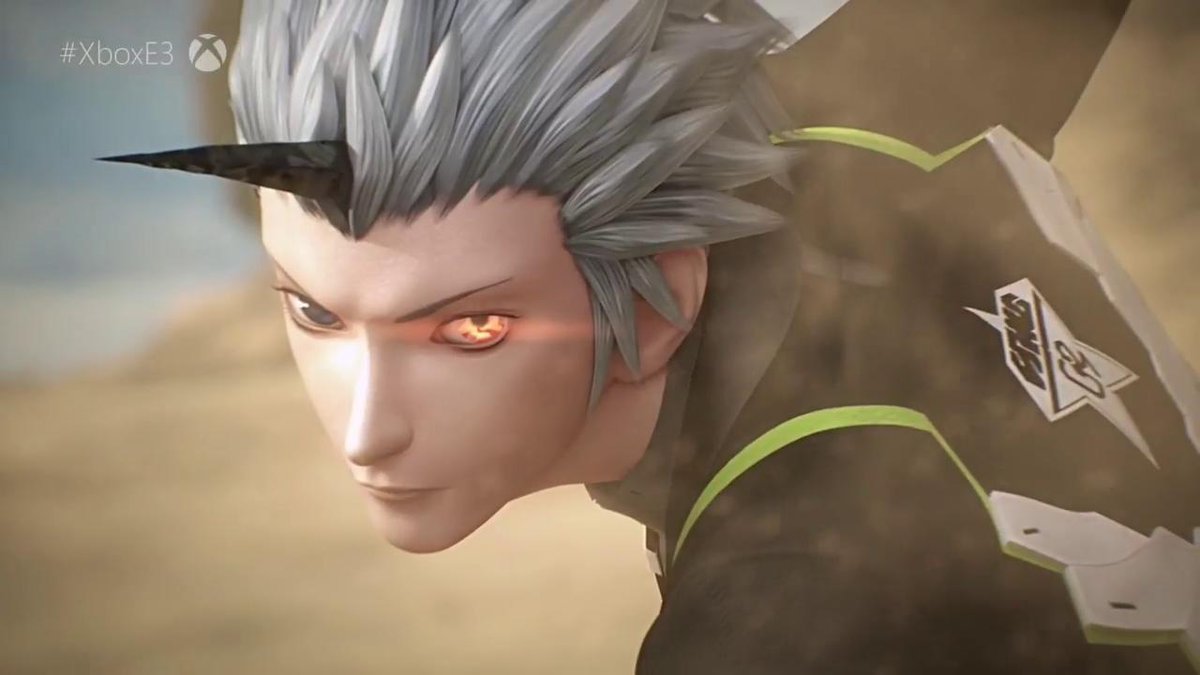 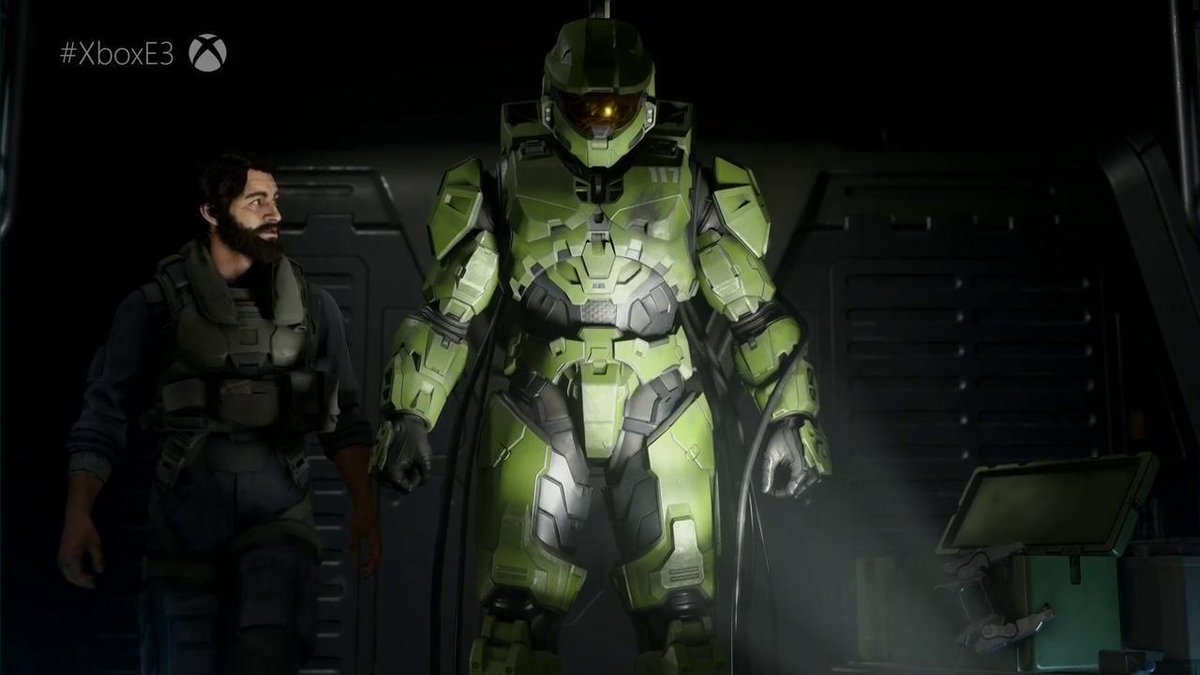