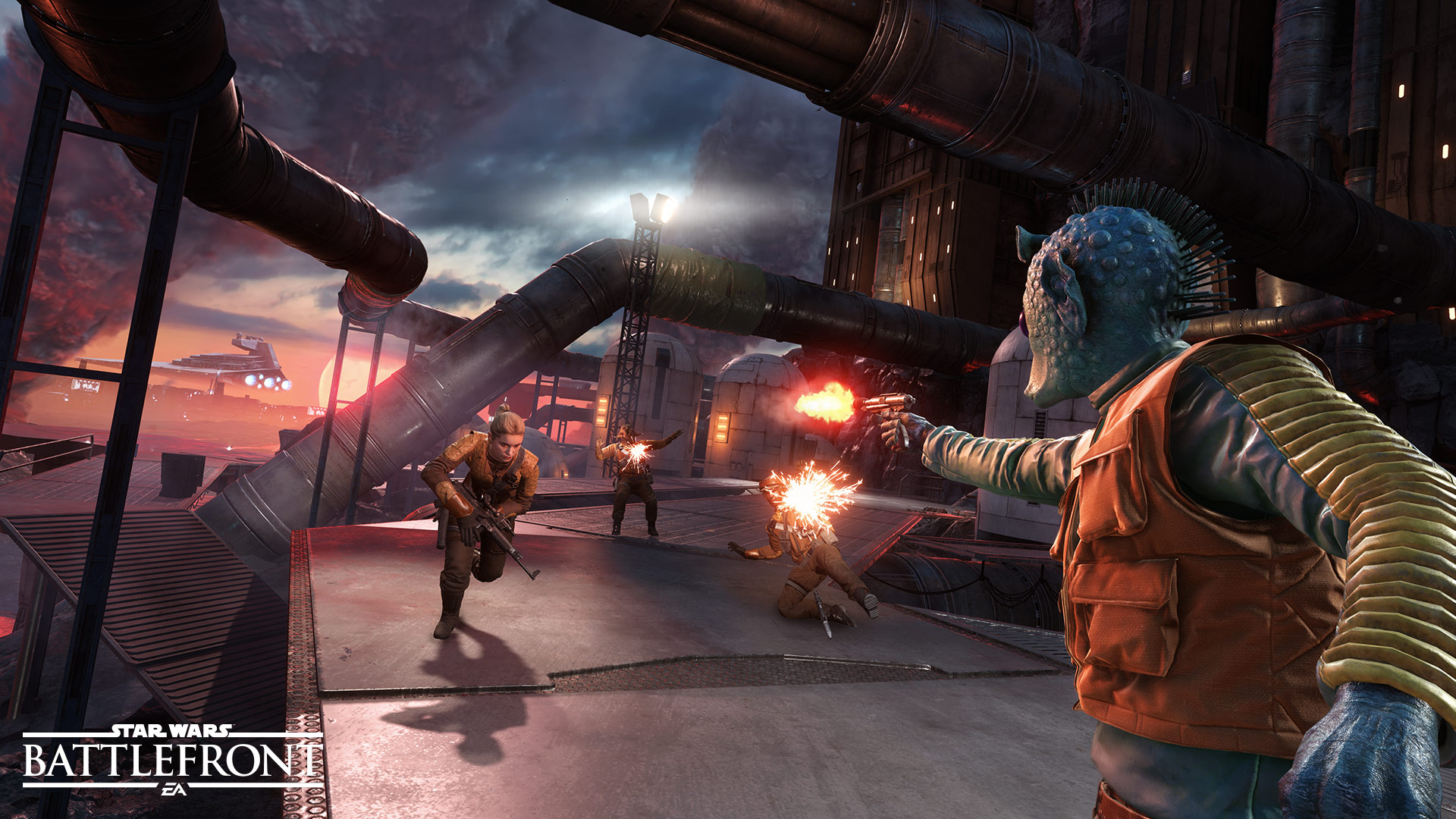 A few things which annoy me in Star Wars: Battlefront

Most annoying things in Battlefront

Star Wars: Battlefront has been out for more than a half year – to be exact, since last November. During that time, the game got 2 DLCs (Outer Rim and Bespin), a free DLC, a few free maps and many updates which were supposed to balance the game. While some problems were during that time fixed, some of them are still there and – honestly – they’re pretty annoying.

In this article I’ll talk about all things which drive me crazy (so, the problems the players are complaining about may not be here, but problems nobody has may be) and I honestly hope DICE will deal with them

There are a few things definite in this world – and Vader’s superiority over Leia and Luke’s superiority over Palpatine are one of them. During the time, you face every possible opponent 1-on-1 with every possible playable hero or villain. And during that you lose many times and win many times as well. Sometime it’s just about luck. But, there’s an issue with Vader and Luke. Compared to both Leia and Palpatine, they’re way too good. Their abilities are powerful – and yet, you don’t even have to use them!

It’s more than enough just to be swinging your lightsabre and they are powerless. Once you start it, they can’t run away. Palpatine’s lightning isn’t demolishing enough and neither is Leia’s gun. Yes, you may hurt them, but, more just barely. Even using your primary ability as either Leia or Palpatine doesn’t hurt them that much. And if they (Luke and Vader) use all 3 abilities, it’s just faster and more demolishing.

You may argue they can heal themselves – but this scenario mostly ends up by healing the opponent. You may say they both have two guards – but they are just as effective as good those players are – in other words, if they either suck or don’t know what to do (and they mostly don’t), you have a big problem. So, while playing as any of the others heroes is mostly about skill, this is more about luck – and I’m not sure if it’s right or not.

Not possible running away

I’ve mentioned this problem a little bit upper. You sometimes feel like you’re better on your own or you just got a brilliant idea how to beat your opponent. But unexpectedly, this turns into a wrong move as you meet all 3 heroes/villains. Unless you’re Dengar, it’s the best option to run away as you have no chance against them. Unfortunately, once they hit you, you are doomed. By hitting you, they don’t let you move and therefore you can’t escape. I think that’s a too cruel punishment for such a silly mistake. Just hurting you would be more than enough as even that would give them quite significant advantage.

Dengar is way too OP

While the first problem was about certain characters being too powerful against one certain enemy, this is about a character who is too powerful compared to any hero characters and can win the game just by himself with killing all 3 heroes (although this requires a little bit of skill and a lot of luck) – though mostly he “just” kills one and significantly injures other (ones), with killing all nearby standing rebels.

Earlier this month I had a chance to try him and honestly, I spent almost whole time playing just as him. After this experience, I now understand why people pick him up so often – he’s just so powerful! You may go on your own and even while confronting all 3 heroes you die, you let them (or – better say – just some(body) of them) with so little HP that it literally takes just a bullet to finish them. Yes, when you play as Dengar, it’s fun, feeling that power you have. It may as well be fun for your teammates – but it definitely isn’t fun for the other team. This is nothing but disguised pay for win. And as it’s part of game for which you already have to pay if you want to play it, they better change it.

The same problem as above – they are too powerful! I mean, yes – other Power Ups also help you to get more kills quite easily. But there’s one specific problem – more than just Power Ups, these 4 (R5-D4 droid for the Rebels, Viber Probe Droid for the Empire, the Infantry Turret and the Vehicle Turret) are almost another players! I mean, think about it – they last long, they aren’t just for one use. They survive a lot and it’s not easy to get rid of them.

They also scan the area around them and in terms of aiming, they’re deadly precise. And one more thing – while the effectivity of other Power Ups is determined by the players – in other words, by skill as they have to know how to use it to get expected outcome -, these 4 don’t require basically any skills – sometimes, they’re even more skillful than the players!

It hasn’t occured often to me, but it did more than I’ve ever experienced and the truth is, there are already quite famous ones like LordSnowNL, who’s probably the most famous one and who, after every ban, creates a new account and comes back to disgust everybody again. Apart from his cheating tricks, the reason he annoys everybody again and again is that all he needs to do is to create a new account and download Battlefront. The trick is that every account has a right to try this game for 4 hours.

He obviously with every account starts all over again, on level 1, without anything. But he sadly enjoys frustrating others more than he enjoys this game. Anyway, one thing is that it’s still hapenning and the other one is that they can come back and do it again. There’s even a subreddit called „Battlefront Cheaters“ which contains list of all reported cheaters.

Pick-ups are on the same place

The big modes such as Walker Assault or Supremacy offer you to not play just as a rebel or Stormtrooper. You can as well play as a hero or you can ride vehicles like AT-STs. In order to do, you just have to pick up its pick up. And there’s the problem – they all spawn on the same places. And so some players just wait there to get in the cockpit of AT-AT or to slaughter the rebels as Darth Vader. Being the spawn locations of these pick ups more random would make the whole game experience much better.

The last annoying are these 3 power ups – they are just too annoying and kind of OP. Bacta Bomb basically heals you – to full health! So, you just have to injure the enemy and when you’re low, you just use Bacta Bomb and at that moment you have 100hp while your opponent may have even less than 50. Shock Grenade makes you unable to move for up to 5 seconds (and mostly really for those 5 seconds) which is too much. And the last one instantly overheats the weapons of any soldiers in close proximity to the player – which is again too OP and mostly, way too annoying.

Well, that’s pretty all. However, I have to say that even those I really enjoy playing this great game and basically it’s the only game I’ve been playing since I got this one for Christmas last year. It’s really fun and the atmposhere is pretty authentic. At this time i’m just waiting for all DLCs to be released and the Season Pass to get cheaper (because at this moment it’s just way too expensive). Still, if you are thinking about buying this game, I can just recommend to do so. See you on the battlefield! 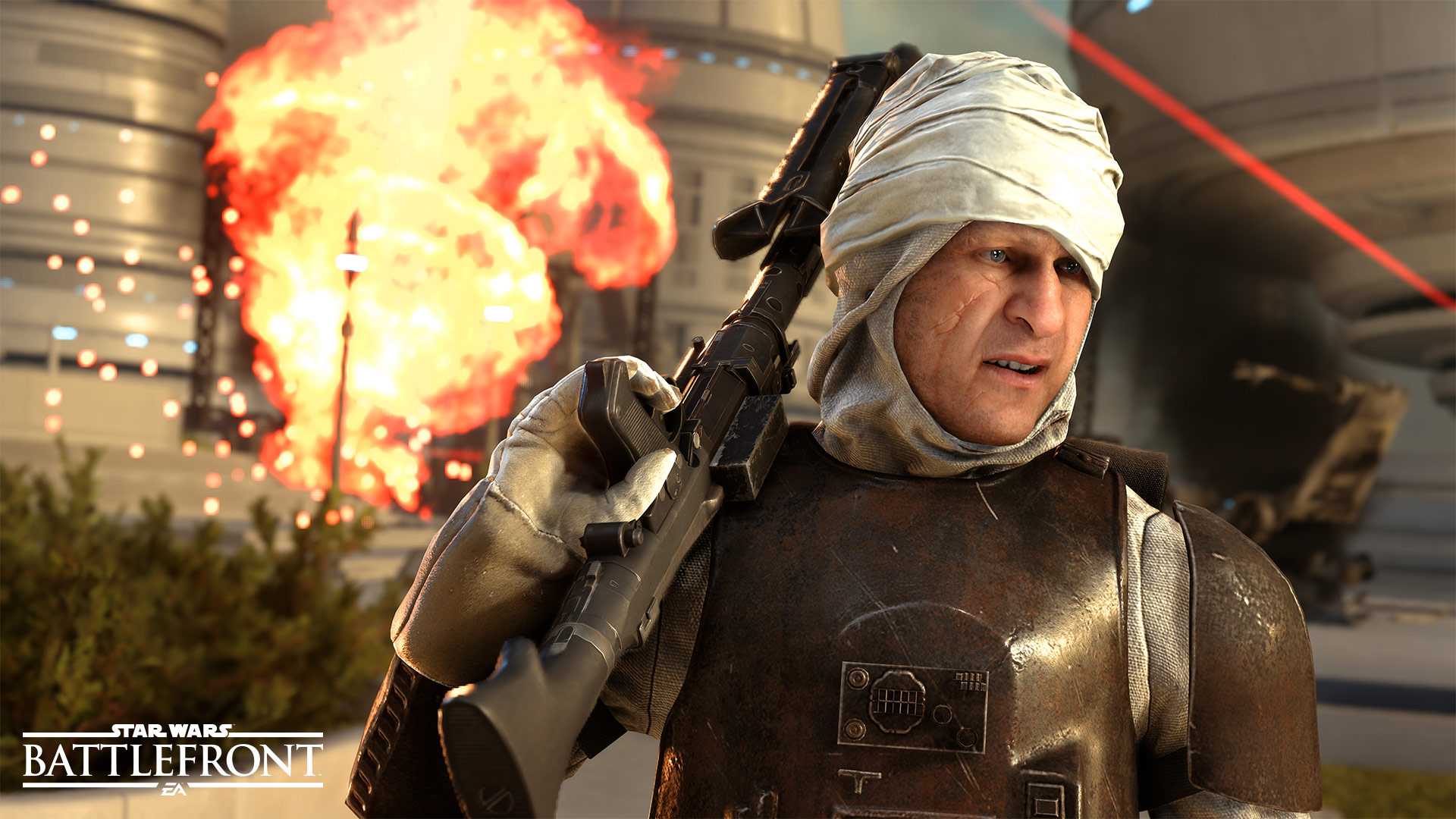