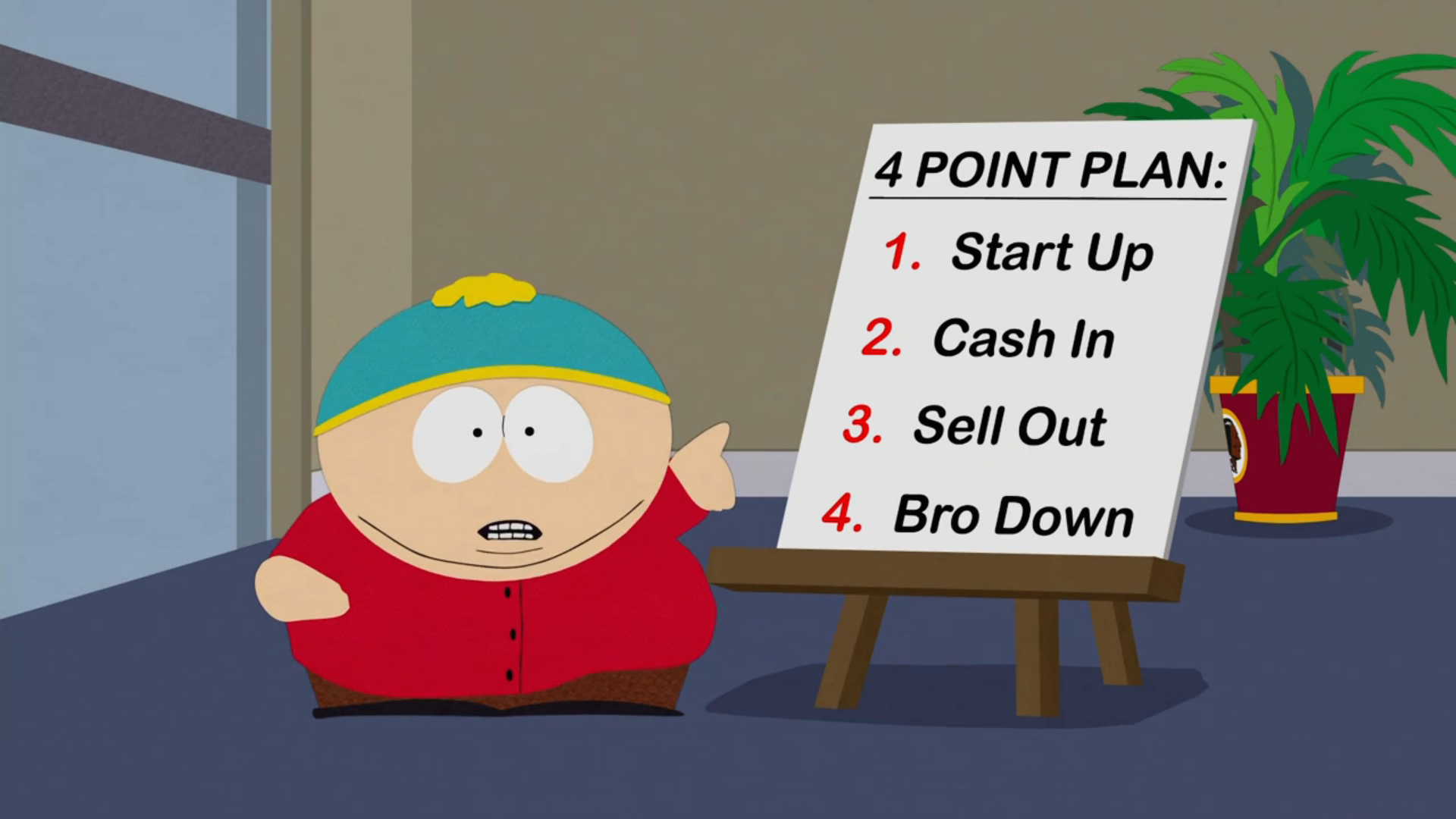 Why Does So Much of the Gaming News Get Ignored?

Does the media have the right to choose what gamers want to read about?

When it comes to running a video game website I am constantly finding myself questioning the tactics of the major media sites we compete with. Major media sites like IGN, GameSpot, and Polygon(among others) are constantly finding new types of non-gaming content to fill your browser with in their attempts to win some faux popularity contest among the gaming community. At their core, all of these sites are gaming sites. But many of them are adding Movie, TV, and Comic Book related content to their news feeds in an attempt to generate more traffic. GameSpot has even gone as far as reporting on politically charged content no matter how loosely it is based on gaming.

It’s not a secret anymore, video game websites are a dying breed. But I find myself asking if this is because us gamers are no longer interested in the gaming content theses gaming sites provide? Are people really more interested in a website that combines multiple forms of geekdom in one low quality site? Or is it because gaming sites have largely focused on catering to one particular subsection of the crowd? I often find myself asking the same question over and over again, and becoming part of the media has only made me ask this question more often.

Why is it that so much of the gaming news announced to the public gets ignored by the gaming websites?

We’re all gamers here, and from my perspective we have a very broad group gathered on this site. We’ve got people who love Xbox, Playstation, Nintendo AND PC here, all getting along I might add(I really like this). But when you go on GameSpot, which is where a lot of us came from, much of the news I get from my various sources seems to be left out.

I went to the main source I have and copied a list of todays press releases.

So looking at the list of press releases issued today, I only see maybe 3 that have been reported by news outlets. I can see how a few of these can be ignored, a handful are just issuing screen shots or showing off a new logo, but the majority of them have news that may interest gamers. The press releases that got covered were for games like Forza Horizon 3, PES 17 and Mobius Final Fantasy, but what about The Golf Club 2, Ghost Blade, Warhammer 40k, Hitman on Linux and other articles that never got shared? I think some of these other games should get covered by the media as well, even if they’re only a quickie, so that people who may have interest in a game can be informed.

I see this almost every day and it is the reason why we have an Open Source forum on this site. I know many of these games are not games we would all play, but I do know that at least 2 of our users here are fans of the Warhammer 40k universe. I’m not saying we should prioritize reporting on press releases for The Golf Club 2, but I don’t see why it can’t get a quickie added for the handful of gamers who might find it interesting. Most sites today are still sitting 30 or 40 games short of the 77 games we found for the Nintendo Switch so far. I think this is a disservice to Nintendo fans and game fans across the board.

Should gaming sites cover as much gaming news as possible regardless of how popular the related game may be? Or do gamers simply want to be informed about games that win popularity contests only? Let me know your thoughts on the subject, I want to hear how you guys feel. 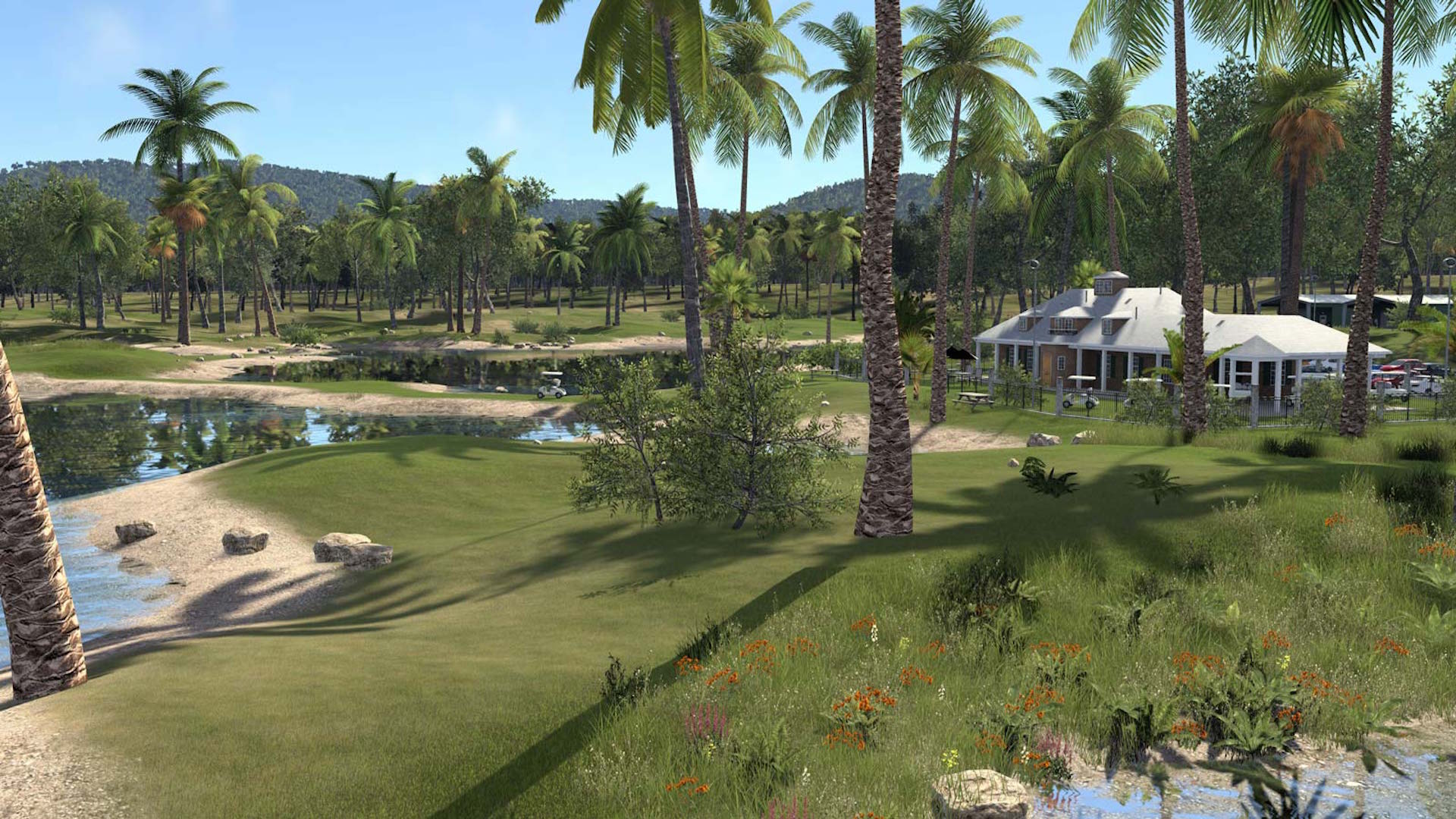 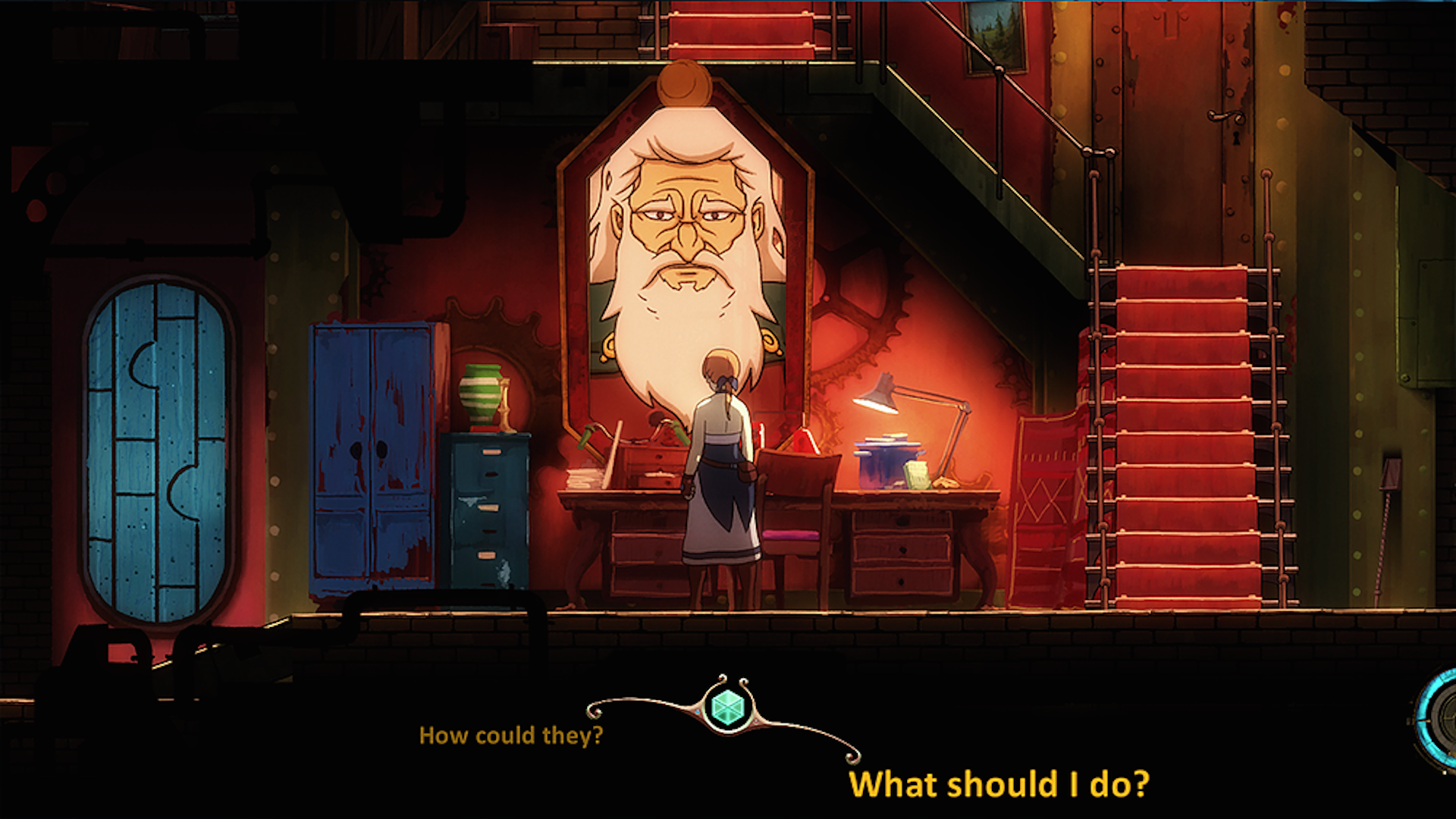 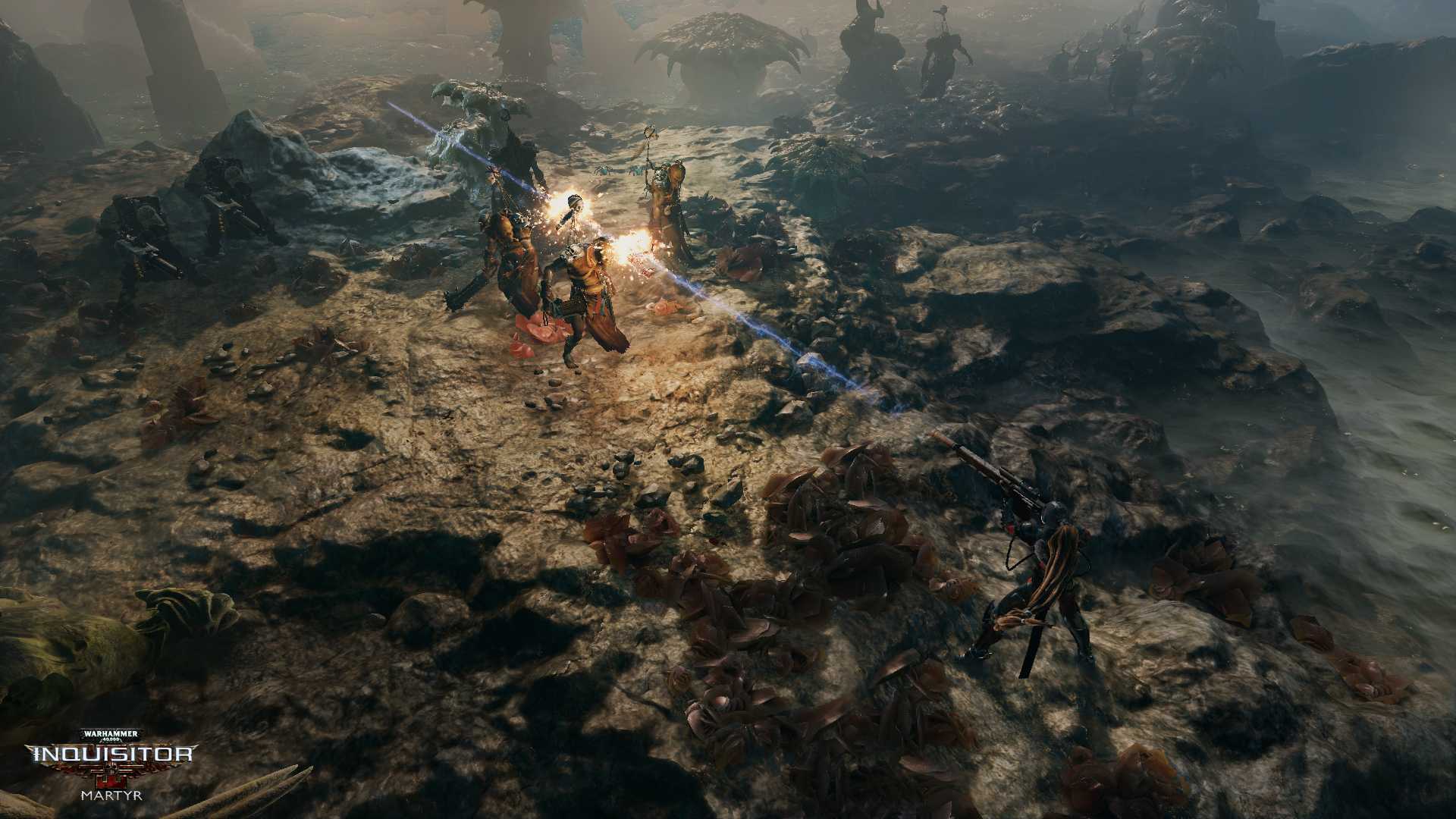 Is there a solution? Before publishing a bit of news, each press release has to be examined, vetted and researched. Otherwise the publication will just be a mouthpiece of companies. It's not an issue of resources if they have time to report about a new movie poster. It's gotta be an issue about not knowing what news will get the most interest from readers. Is there a solution for that?

I think what I'm more concerned with is not a matter of 'what would get the most interest' as much as 'will this interest anyone'. I think articles about games that have smaller followings deserve a place next to the bigger games.

Like the quickie I posted for Get Even yesterday, I'm still somewhat shocked that literally NO ONE reported that news. It's not like it needs to be vetted, it came straight from the developers. I seriously don't think they are going to intentionally lie about the release date for their game 3 months before launch. I can see the purpose of going through that process if the news comes from a 3rd party who knows something about someone elses product. Like Laura Kate Dale reporting on Nintendo Switch news. But if Nintendo comes out and says “Switch coming March 3rd” I don't need to research anything. That’s as official as it gets!

Tales of Link – 'Hello Kitty' collaboration event adds limited time costumes and so on.
Blade & Soul – 'Wings of the Raven' update now live.
The Warlock of Firetop Mountain – Venerated adventure game book gets another outing, this time on iOS.
Guild Wars 2: Heart of Thorns – 'The Head of the Snake' episode rears its ugly… er… hmm.
The Silver Case – New trailer released.
TT Games and Playdemic Warner Bros. Interactive Entertainment – Makers of the LEGO series of games snaps up UK-based mobile studio, famous for work on 'Golf Clash' and 'Village Life'.
Neo Atlas 1469 – Not advisable to use a 500-year-old map to navigate with. Best to just play this game next week.
Syberia 3 – Release date and first trailer gets us all cold under the collar.
Insurgency: Sandstorm – A few more grains of information have filtered through to us.
Arelite Core – Of core-se we'll be playing this JRPG today on PC.
Puyo Puyo Tetris – Shelf stackers ready to put this up for customers in late April.
Leaving Lyndow – Out on Steam and Itch.io.
EVE: Valkyrie – 'Wormholes' update adds new mode, leagues feature.
Stable Orbit – Vector update docks with Codalyn's Early Access space station sim.
WRC 6 – Rally game from Kylotonn gets a March 3rd release date.
Project CARS 2 – Slightly Mad's racing follow-up signed by Bandai Namco for release later this year.
Get Even – Your wallet will take its revenge on you this coming May 26th.
Impact Winter – Plans are afoot to launch in mid-April.
Ni no Kuni II: Revenant Kingdom – New art, screenshots and fact sheet released.
RiftStar Raiders – Co-op space shooter to unify the fanbases of PS4, Xbox One and PC under one banner.
Dark Souls III – Art, logos, and video released for Upcoming DLC.
Ace Combat 7: Skies Unknown – pack shots and fact sheet released.
Little Nightmares – released a bunch of screenshots video and a fact sheet.
VR Golf Online – HTC Vive-supporting sports sim available via Steam now, with a 25% launch discount.
VR Golf Online – Take a swing at this, go on.
FlatOut 4 – Subtitled 'Total Insanity', which describes those unfortunate few out there not interested in this destructive title.
Typoman: Revised – Pre-orders now being taken for Xbox One version.
Pokémon GO – Hands up anyone who didn't expect a Valentine's Day in-game event.
Craft Keep VR Excalibur – Will now work with Oculus Rift headsets and Touch controllers.
Princess Maker – First title in “life simulation” series out on Steam this month.
Fallout Shelter – Windows 10 and Xbox One editions now out.
8 Days – Out today on Xbox One and PS4.
Organ Quarter – Kickstarter campaign begins for VR horror title.
Daymare: 1998 – Kickstarter campaign begins next Wednesday.
Hatsune Miku: Project DIVA Future Tone – '1st Encore Pack' and Season Pass now available.
Brut@l – PC version now out, 20 percent off for those who dive in at launch.

So far only ones covered were Project CARS 2, Flatout 4 and Fallout Shelter.
Did the other game media companies miss the memo or do they just not care to report the news any more?