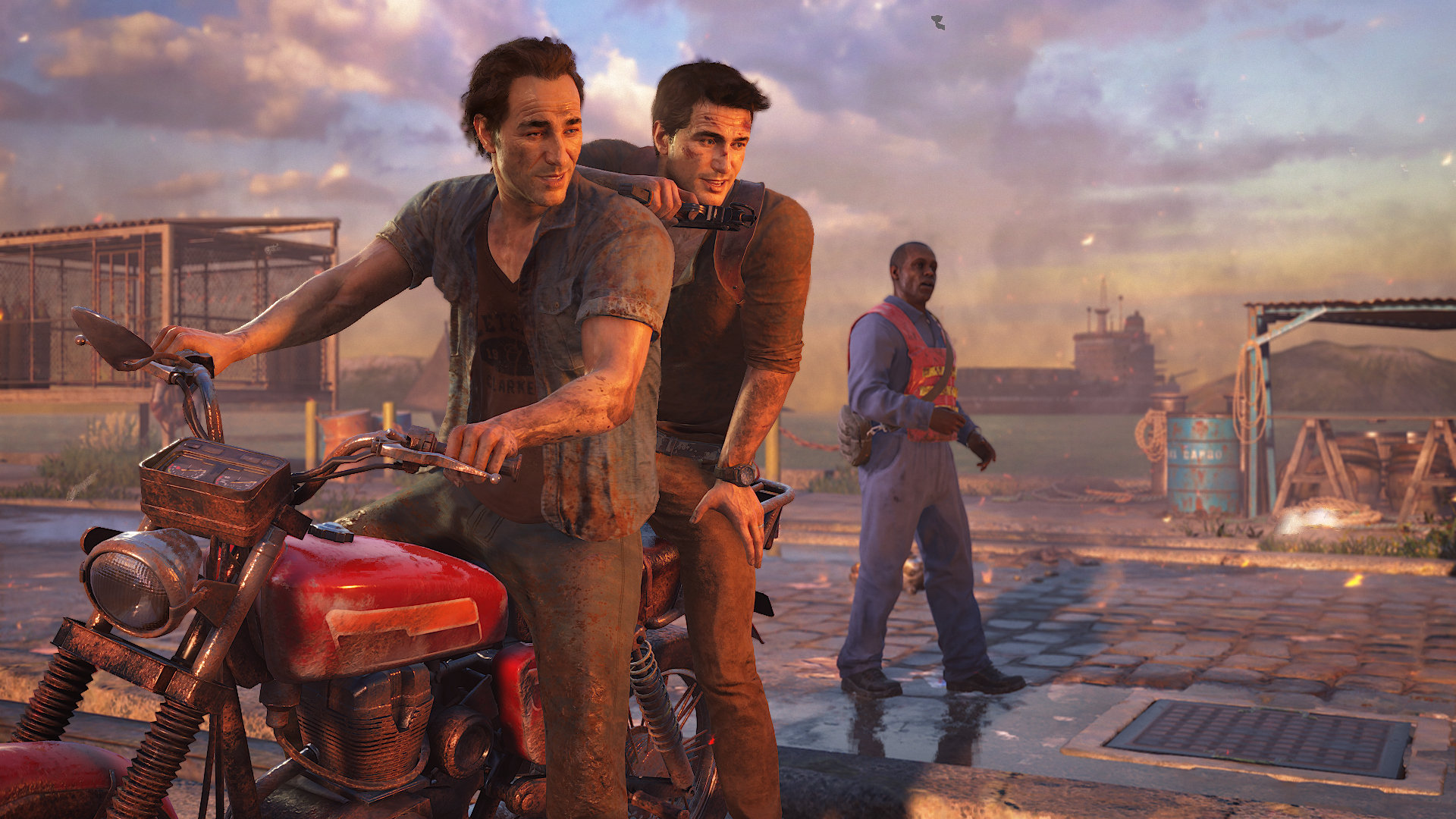 Wow, This Game is Not Half Bad

Perhaps you’ve been holding off on buying Uncharted 4: A Thief’s End because of the developer Naughty Dog’s questionable track record. Given it’s made by the team behind the critical flop Uncharted 2 which earned a measly 96 on Metacritic, and the writers behind 2013’s marginally received The Last of Us which only won eleven Best Story/Narrative/Writing awards, it’s understandable you’d have some misgivings. But I’ve come to quell your fears: Uncharted 4 is actually kinda good. It’s not nearly perfect, but you should definitely buy it some day.

Considering how obscure the Uncharted franchise is, allow me a paragraph to explain what it’s all about:

The Uncharted games are third-person action adventures which pioneered the cinematic videogame. They’re chock full of  heavily scripted setpieces and meticulously crafted action to make you feel like you’re playing a big-budget movie. You control Nathan Drake, the lovable treasure hunter who keeps getting himself wrapped up in a race to find a legendary lost treasure, all before the bad guys reach it and presumably do bad guy stuff with it. You travel the world as you sneak, platform, shoot and ultimately implode your way through priceless historic landmarks and delicate ancient ruins in a way that would make dedicated archeologists shit themselves into a coma, before moving onto the next priceless historic landmark.

You’ll travel the world as you sneak, platform, shoot and ultimately implode your way through priceless historic landmarks…

But that was classic Drake. Uncharted 4 has New Drake. New Drake learned his lessons and left all that adventuring stuff behind. He’s living a normal life being a normal guy with a normal job and banging an unbelievably hot, normal wife. Boy, it sure would be a shame if his long lost brother, who he thought was dead, got in deep trouble with a murderous crime lord and showed up out of the blue needing to find Henry Avery’s pirate treasure in order to have his life spared.

Because that’s what happens.

Now, Nathan and his brother Sam are off on a globe-trotting adventure to find the legendary lost treasure before the bad guys reach it and presumably do bad guy stuff with it. But this time without letting the the missus, Elena, find out. You can tell from his boner, this dude wants out of this drab life.

Let’s talk about why you might want to play Uncharted 4… it’s quite simple: It’s a next-gen sequel to Uncharted 2 and 3. Yeah, that’s basically it. If you enjoyed either of those two games, you’ll find a slew of improvements in this one to sink your teeth into. Now you have a grappling hook along with rope physics. There are new climbing mechanics, larger wide open areas and more open-ended paths. Enemy AI, particularly for stealth, was overhauled. And the visuals are an absolute marvel to behold on both a technical and artistic level. The acting, for motion capture and voice, is superb across the board; however, special recognition for Nolan North and Troy Baker is deserved. Mark my words, those two are sure to make it big in this industry soon, I’m sure of it.

Also, the game has multiplayer something something mumble mumble… It’s not important.

If you haven’t played Uncharted 2 or 3, I recommend you hold off on this game until you play either of them. Despite my joking in the first paragraph, Uncharted 2: Among Thieves is unquestionably deserving of your time, and to play it after Uncharted 4 would feel like a step down, mechanically speaking. Most importantly, this game isn’t as standalone as the others; it assumes knowledge of past games and an established attachment to the characters to get the most out of the story’s, “I’m too old for this shit,” premise. Plus, the The Uncharted Collection is super cheap and easy to find used or discounted. There’s probably someone you know who already has it.

The title, “A Thief’s End,” is in reference to an early plot point about Saint Dismas “The Penitent Thief” who accepts his punishment and is invited to Paradise by Jesus Christ. And it possibly refers to the previously mentioned pirate, Henry Avery, since that man’s profession probably required a lot of thievery (one would assume). But most importantly, the game’s subtitle may be referencing the treasure hunters themselves: Nathan, Sam, Elena, Nathan’s longtime friend Sully, who knows? Maybe they all die. The developers certainly hinted at such possibilities in the months leading up to the game’s release.

Most importantly, this game isn’t as standalone as the others; it assumes knowledge of past games and an established attachment to the characters to get the most out of the story’s, “I’m too old for this shit,” premise.

I’ll say it now: There’s no urgency. Uncharted 4 isn’t the second coming of Jesus, and I have the very honest opinion that this game was slightly overrated by pre-release reviews. And by “overrated” I mean in the same sense that you think Christina Hendricks is a perfect 10 when she’s clearly just a 9.6, what’s wrong with you? The game has many minor issues and at least a few larger ones, but nothing that could turn you away. Uncharted 4: A Thief’s End is great enough that you should play it eventually, sooner rather than later.

You should buy this game if:

You should wait for a discount if: 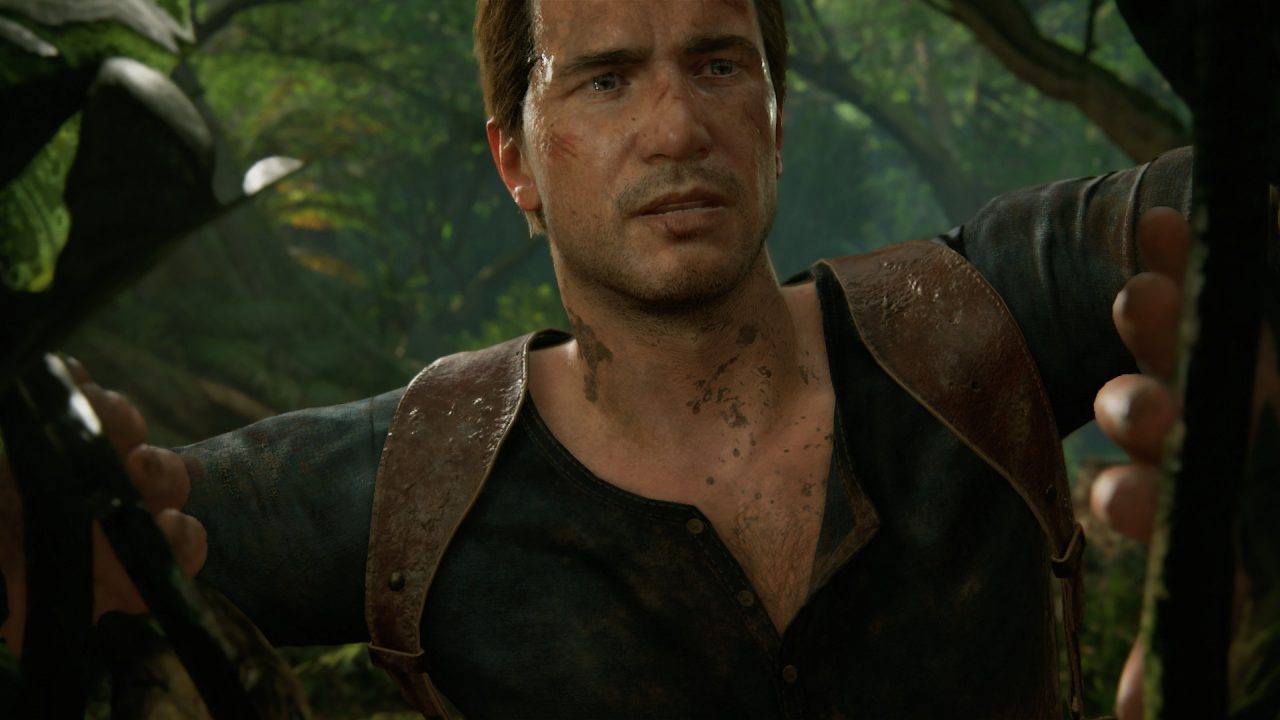