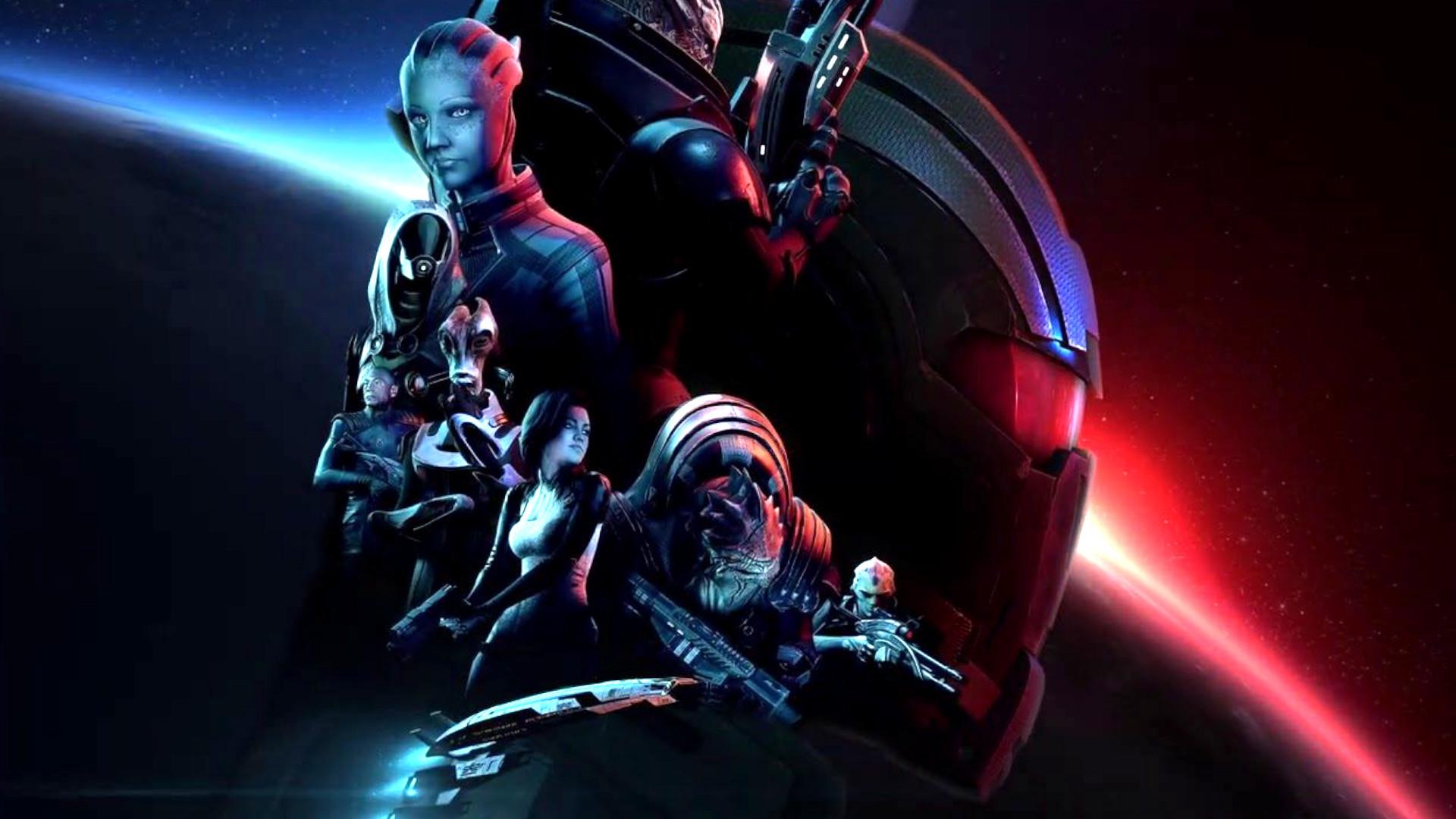 A great remaster of a narrative masterpiece

Well, it finally happened. Gaming’s premiere space opera finally got the remaster that everyone wanted. Well, almost. Any remaster of a beloved game franchise like Mass Effect needs to be treated with the care and respect it deserves. After all, it’s not every day that a groundbreaking sci-fi trilogy captures the hearts and minds of so many people. While not entirely perfect, Mass Effect: Legendary Edition is a well-done remaster of three incredible games (ending notwithstanding), with enough tweaks in the gameplay and visuals to smooth out the more jagged edges of this flawed masterpiece of storytelling, without sacrificing the heart that went into it.

Most of you know the story of Mass Effect: you play as Commander Shepard, a human military hero who gets thrust into a war with the Reapers: a hyper-intelligent race of sentient machines hellbent on harvesting all life in the galaxy. If you want the finer details, please read other reviews or play the games yourself, as taking a deep dive into this insanely involved world would take up too much time, and I want this review to focus more on the Legendary Edition than on the three games themselves. Nothing here has changed, however, aside from the addition of DLC that was previously locked behind paywalls. Every piece of additional content is available to give new players a more complete version of the story, as well as the extended versions of Mass Effect 3’s controversial endings, which is good, since the original ending was…problematic, to say the least.

So onto business. The first Mass Effect was the one to receive the most significant changes. While a well-regarded game and easily the most solid story and plot of the trilogy, the gameplay was marred by poorly implemented third-person shooter mechanics, an obtuse RPG system, and vehicle controls so floaty you swear you were driving a feather with a rail gun. Obviously, the gameplay has been fixed. While the basics of the controls remain the same, the feeling of shooting your enemies and using your powers is made much smoother, allowing you to fully appreciate the true depth of the combat. The RPG elements of selecting what armor, weapons, and modifications remains the same, and while having noticeable effects on the gameplay, the fact that the interface and button interactions remain the same make the system jankier than it needs to be. A shame too, since it’s the deepest RPG system of the trilogy, and offers the biggest variety of combat options. As for the Mako…praise the heavens, this thing finally controls well! They added more weight to the Mako in order to keep it grounded on…the ground, while also tightening the turning radius and reducing how much the thrusters lift you into the air. This makes for a vehicle that actually heeds your input, and makes vehicle combat less of a chore. Add on the visual improvements as well as a jump from a choppy 30 frames per second to a less choppy 60 frames for the gameplay and cutscenes, and you have yourself a well-done remaster of Shepard’s battle against Saren and his Reaper forces.

Continuing onward, we have Mass Effect 2. For this game, there wasn’t all that much added. Aside from the typical graphical and framerate updates, the game looks and feels like the original in every single way. The much-improved combat and RPG mechanics over the first game are left untouched, and the game feels every bit as tight and responsive as it used to. Taking cover doesn’t take a century anymore, the guns have more punch, and you can now combo your abilities together. Planet scanning is still tedious, but I didn’t mind it personally. The story of Shepard’s hunt to stop the Collectors from stealing humans is just as compelling as ever, with each squad member’s loyalty mission being the top highlights of the game – my personal favorites were Tali, Mordin, and Grunt’s missions. The added Arrival DLC adds more flavor to the final game for those who have never played it. Too bad the two DLC characters that were added continue to not have much character or interaction. Shame, as Kasumi would’ve been a very fun person to get to know. Zaeed…not so much. I let the bastard die in the suicide mission at the end, which remains the most intense and awe-inspiring final set-piece I’ve ever seen in any RPG.

Which moves us onto Mass Effect 3. As with the middle child, not much needed to be changed with this game in terms of gameplay. It does suck that the RPG side of combat was simplified in favor of an admittedly well-done and highly customizable weapon modification system, but the gameplay on display is a sight to behold. Everything is faster, the combos you can create with your various powers create a beautiful symphony of destruction, and the enemies are more intelligent than ever, which makes the feeling of fighting in a total war all the stronger. The DLC additions of Leviathan and From Ashes help reveal more of the galaxy’s hidden secrets, thus adding to the continued world-building that people somehow think stopped with the first game. Unfortunately, due to the original creator leaving after Mass Effect 2, a lot of the original plot threads involving the Reapers, the game does begin to spiral out a bit by the final act, resulting in an ending that, while now repaired with the extended versions, still left players feeling empty and disappointed. While I appreciate the effort made to fix the endings, there’s a part of me that wishes more open plot threads were closed before the game concluded. Regardless, this is still a worthy addition to the trilogy with some truly heart wrenching moments and twists that are still being debated to this day.

The rest of the game has been left untouched. All your romance options are still there (Liara is best girl), the entire cast is still as colorful as you remember, and the story remains completely untouched. The Paragon/Renegade system is still a lot of fun to experiment with, as both sides of Shepard are engaging to experience. The only real differences, as mentioned above, are the visuals. Character models are more detailed, environments were given more life to sell the feeling of being in another world, and the animations were smoothed out so that the infamous “BioWare Face” isn’t as uncanny as it typically is. Several cutscenes were given a complete makeover into pre-rendered territory, and the framerate now attempts to reach 60 frames per second more consistently than the originals trying to chug out 30 frames. The sound mixing is just as amazing as ever, and the soundtrack is still beautiful to listen to.

The game isn’t without fault, however. While the animations are better, they’re still bound by the original source code. As such, BioWare’s stilted body movements are still present. At the same time, I encountered a few annoying bugs throughout the game, including several that prevented me from continuing missions unless I restarted my previous autosave. Nothing major, but still annoying, as it’s prone happening multiple times in a row on any given mission, most noticeably in ME3. There were a few other scattered glitches, but few that aren’t standard fare for most games nowadays, and even less that ruin the experience.

This wasn’t a typical review, I know, but I will go more into each game after this one. Suffice it to say, if you have never played Mass Effect…Go. Do it. You won’t be disappointed. As for those of us who experienced the trilogy over a decade ago, this is your chance to restart and relive an amazing trilogy. It’s not perfect, and the nostalgia goggles can’t fix the jankier parts anymore. However, it’s still a marvelous adventure for those willing to try. 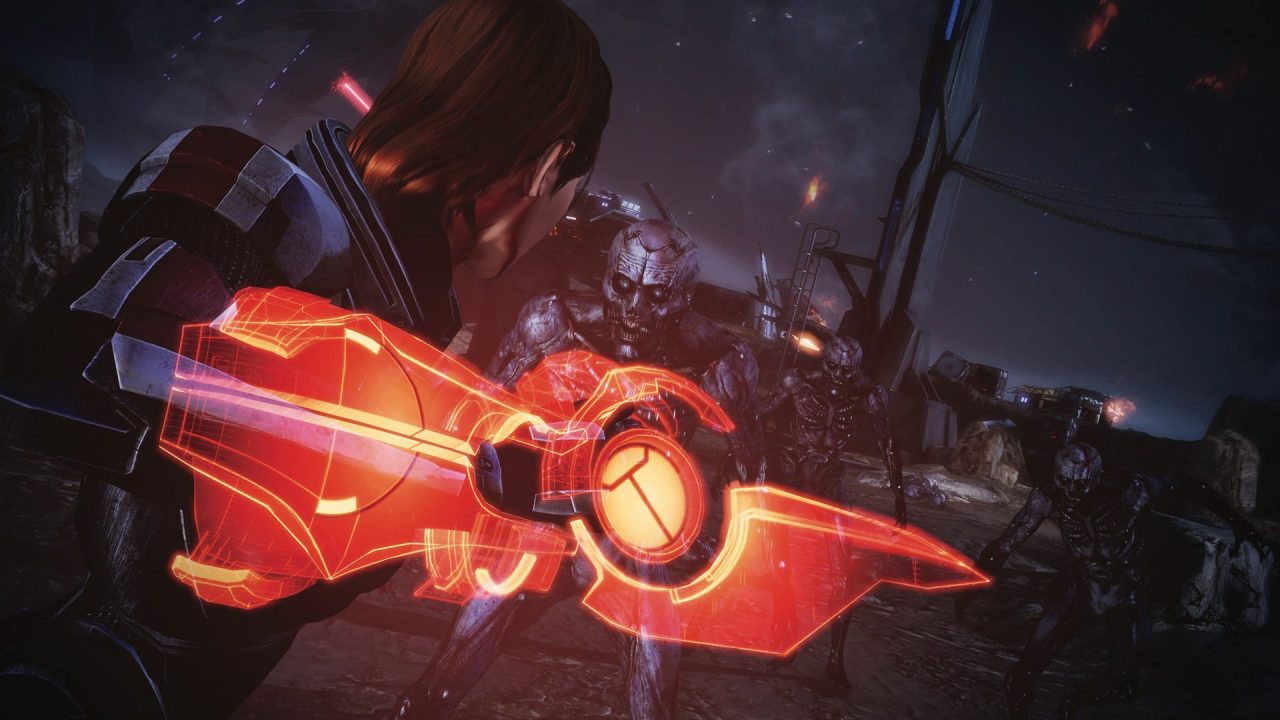