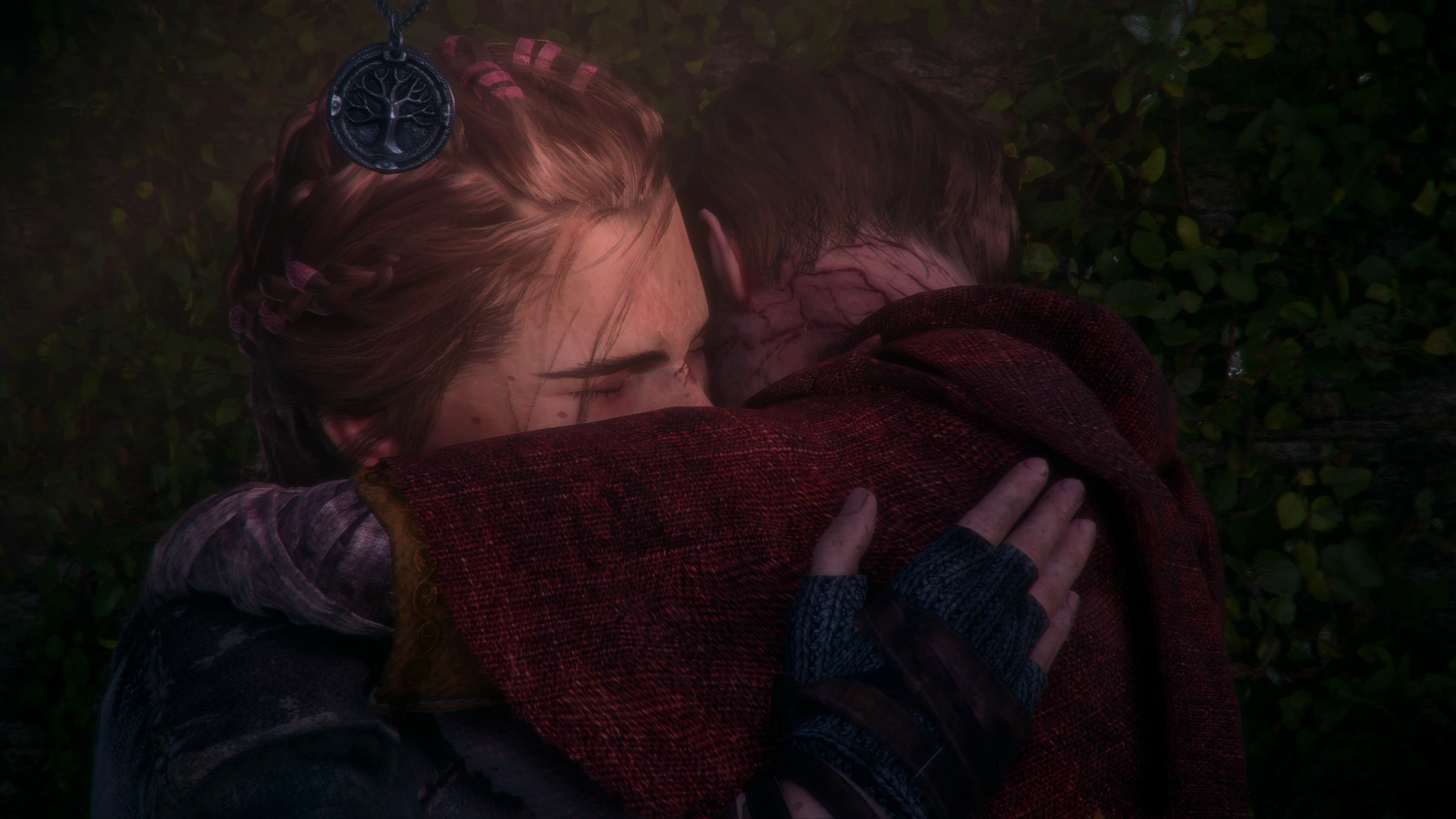 Not one you will want to miss

I think every one of us has at one point fallen victim to overhyping. And it’s hard not to. When a game looks good, we can’t help letting out imaginations run wild, only to be disappointed when the game comes out because it can’t live up to what we had in our minds. Well, I am thrilled to tell you, this is not the case with A Plague Tale: Innocence. And I’ll be honest, I thought there was no way it was going to live up to the picture in my head. Yet, somehow, it exceeded my expectations.

This game is absolutely incredible. It has been a long time since I enjoyed a game quite this much. There’s stealth, action, puzzles, magic… pretty much everything I look for in a game as far as gameplay goes. And it manages to do all of those things pretty well.

As per usual, the best place to start at the beginning. We start by meeting our protagonist, Amicia DeRune, a young teenage girl born to a noble family in 13th century France. I don’t do spoilers, but I feel I must warn you upfront. The first thing you can do is pet your dog, Lion. Do not get attached to the puppy! He does not make it to the opening credits. 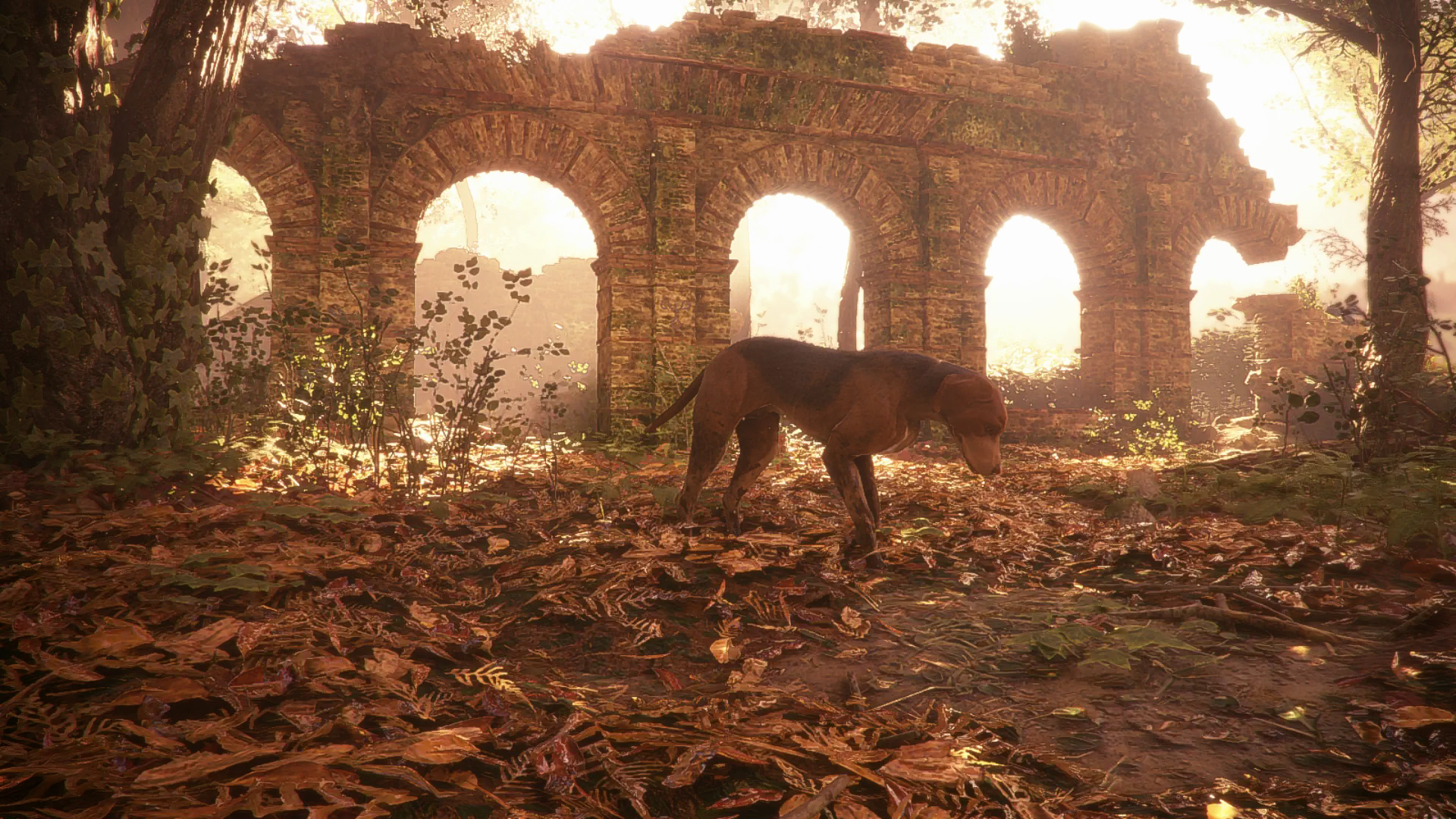 After this tragedy occurs, you head home back to your castle where a group of men called the Inquisition attack and kill the entire household, including your parents. The only ones who escape are Amicia and her 5-year-old brother, Hugo. Amicia has had a tough 12 hours.

Hugo is sickly and he really spent all his time with his mother. He and Amicia do not know each other very well at all. So now Amicia, who is really no more than 14 years old, has to deal with the deaths of everyone she has ever known, attempt to survive in impossible circumstances, and take care of her ill brother. It is impossible not to feel bad for these kids.

These impossible circumstances include something beyond the Inquisition murdering people. As you would expect from the title, there is a plague spreading across France. And one thing always associated with plagues is rats. The rats, don’t just spread the plague, but they are victims as well. The rats have become constantly hungry, and they will eat anything and everything in their path. Including humans. Actually, especially humans. 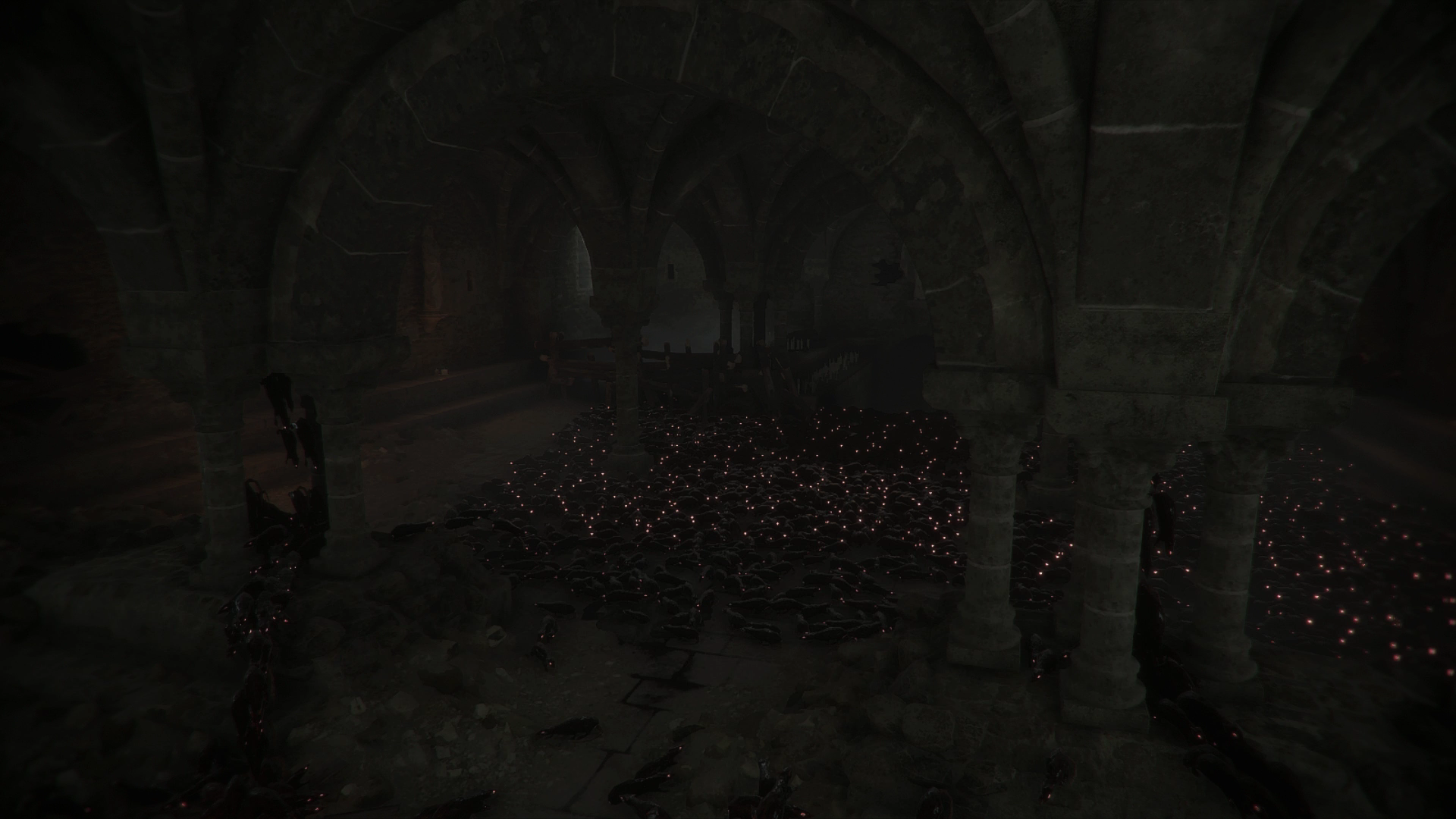 Not only are the rats a problem, but the Inquisition is as well. As they prove within the first 10 minutes of the game, they have no problem murdering entire families to get what they want. The thing is, what they want is Hugo. What they want with a sick child is just something you will have to uncover as you play.

Now, if you are like me, you might be worried that Hugo is going to be a massive hindrance. We’ve all played games where you’re companion gets seen and blows your cover, or they just seemingly have no function other than to be annoying and get kidnapped. Hugo does do a little bit of that, but he does have some redeeming qualities. No question, he has moments of a typical annoying child, but at least he isn’t completely useless.

There is one thing I noticed that might be aggravating to some players. Moving Amicia is a little bit different from what is typical. When you pull back on the left stick, she backs up instead of turning around. The downside is that it makes the controls seem slightly clumsy. Personally, I kind of liked it. The entire game is told through the eyes of children. That clumsiness adds to the naïveté of the characters to me. Much like in Resident Evil 7, Ethan feels more awkward than a STARS member, but it adds a different feeling to the story.

As far as characters go, there is a rule to follow. If they are kids, they are your friends. If they are adults, they want to kill you. There are very few exceptions to that rule, and honestly, that was a brilliant move. Watching the story unfold in front of you is incredible under any circumstances. But considering everything you know, everything you see is from the point of view of a child, it makes everything seem even more harrowing. 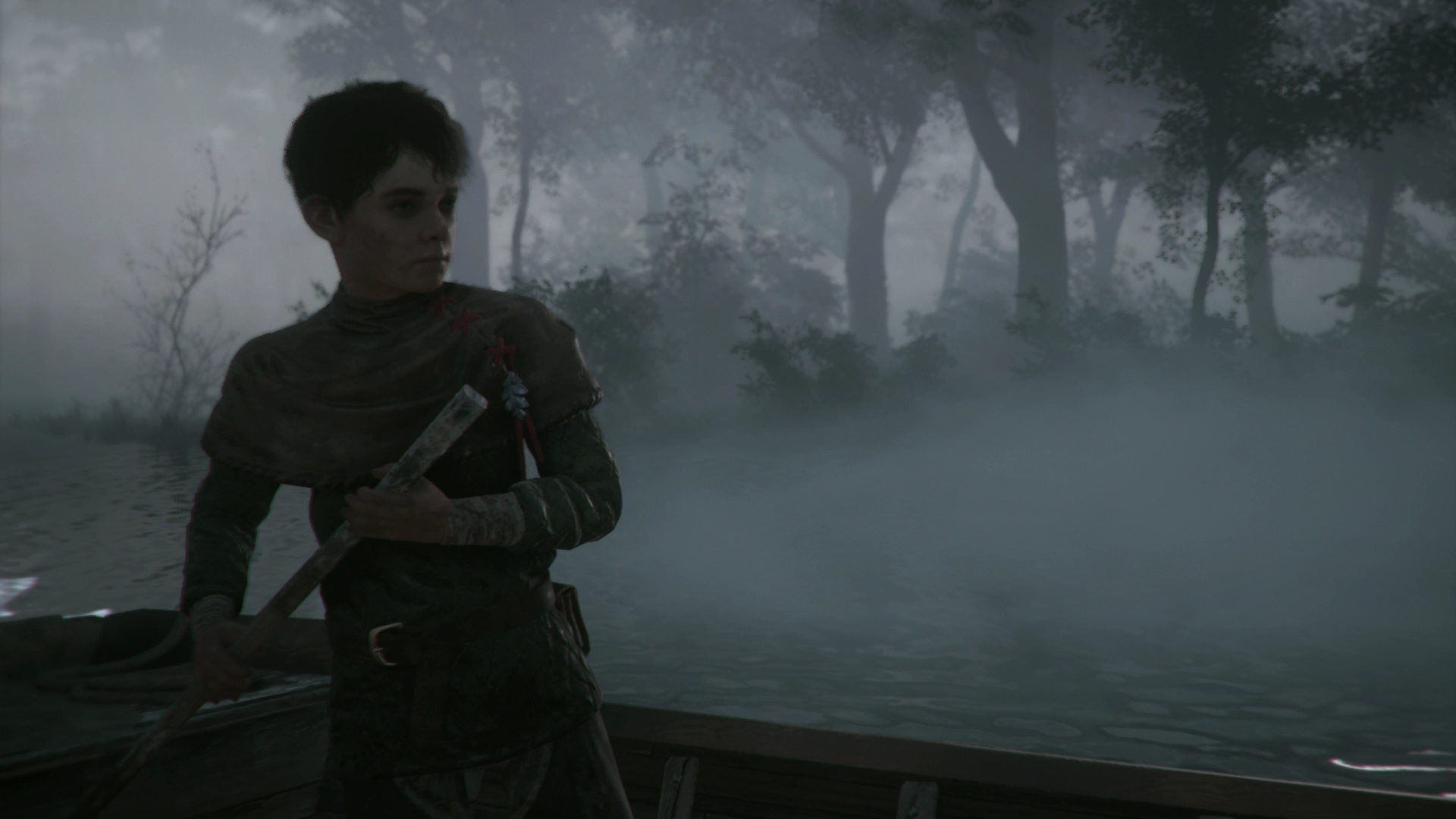 The game is going to make you feel things. Whether you like it or not, unless you are completely devoid of any sense of empathy, you will feel something. Not everything is bad, in fact a lot of it is good. Because you only know what Amicia knows, there is going to be a lot of confusion, a lot of wondering how any of his might have happened, and you do kind of find yourself looking at the world in a more innocent way than you would have thought possible for your adult, cynical brain.

Speaking of thinking, there are many puzzles to be solved throughout your journey. None of them are really that difficult. If you are looking for an old fashioned Tomb Raider puzzle where you’ll play for an hour trying to figure it out, then you won’t be happy. These are more about 5 minutes trying a few different things before you see it. Nothing that should be too frustrating, but some of them are quite unique. They will certainly keep you entertained. 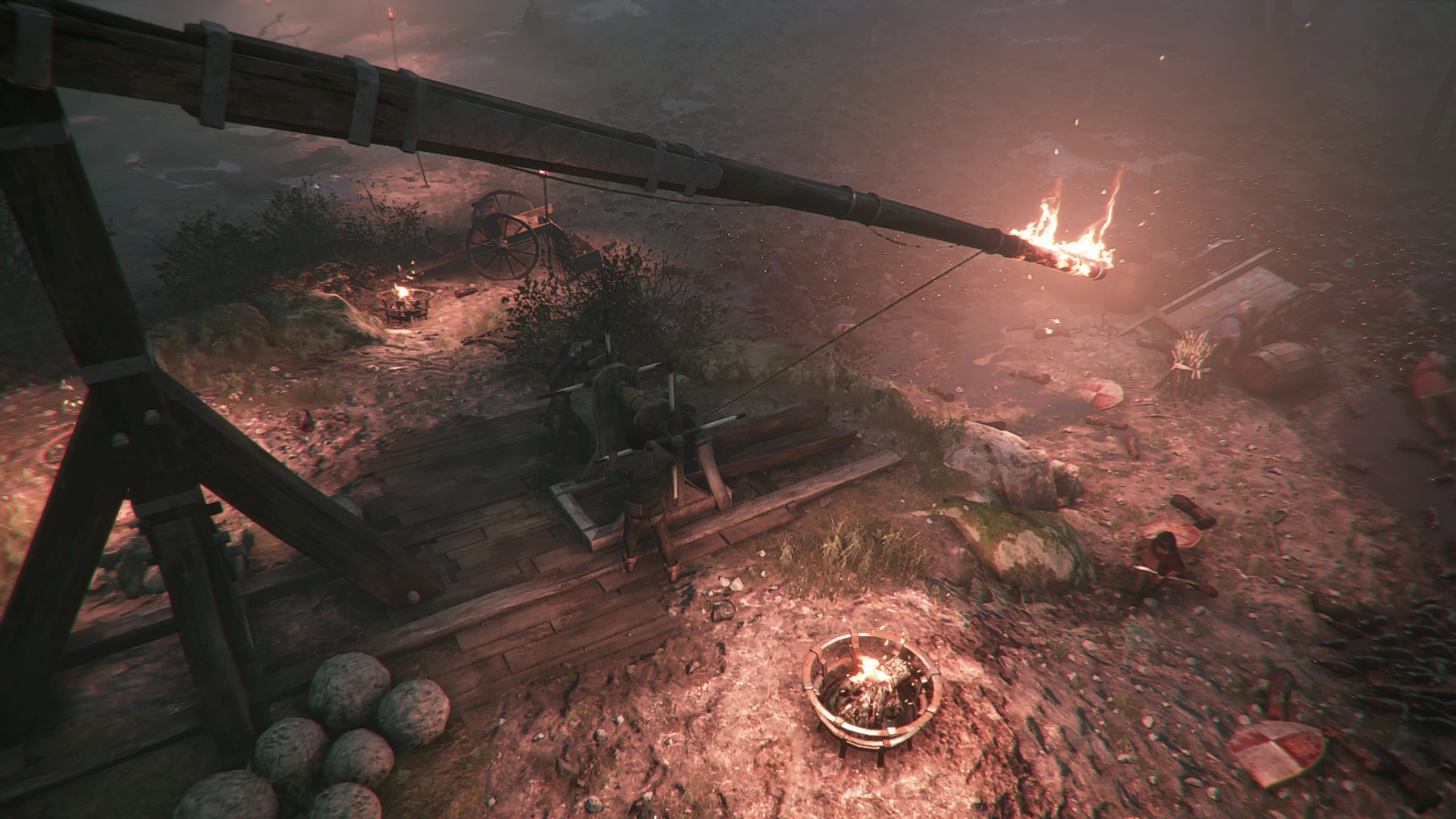 If you are looking for more fun than the puzzles are giving you, I recommend trying to find entertaining ways to kill the Inquisition. That is where combat comes into play. Amicia is armed with a slingshot. That is it. You will get no other weapon throughout the game even though you will see plenty of them just laying around. Trust me, I tried.

What you will have is a multitude of different ammo for said slingshot. You’ll be using just plain stones most of the time. If the guards aren’t wearing helmets, one shot to the head will take care of it. They often carry lanterns as light is the only thing the rats fear. If you break the lantern, the rats get lunch. Try out a few different things every time you get a new type of ammo. It’s a lot of fun just to see what will actually work. 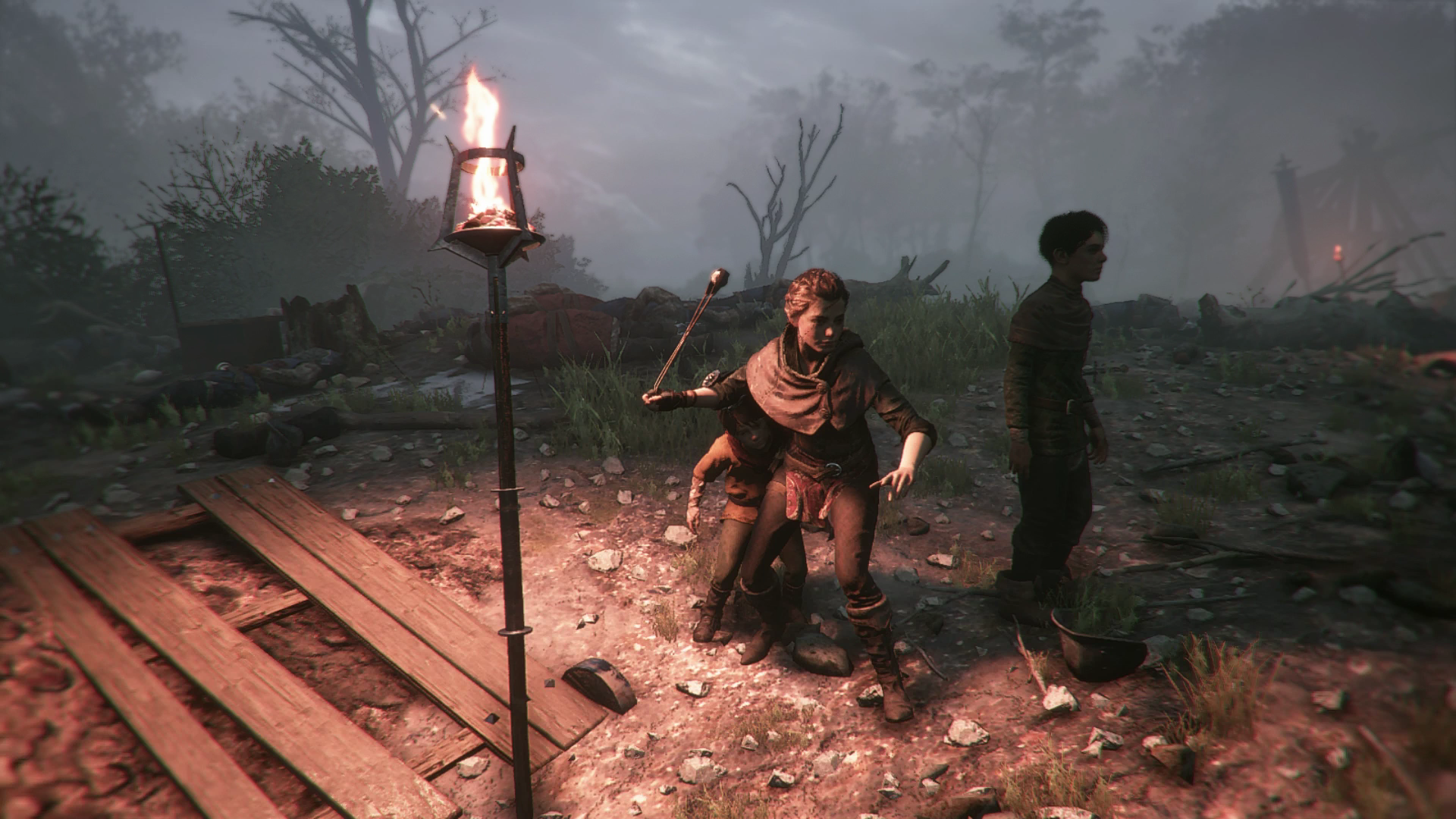 These different ammo types are amazing. One will light things on fire if you need to clear the rats out of an area, another will extinguish the fire. I don’t want to give them all away, but there are probably about half a dozen different things you can use to solve puzzles and kill guards. It’s just a lot of fun to experiment.

However, you don’t have to kill all of the guards if you don’t want to. There is a fairly big reliance to stealth in this game because one shot kills. And kills pretty brutally at times. If you get seen and there’s nowhere to hide, or you miss your shot, you will die. And at one point toward the end of the game, you will die a lot. And you will curse. A lot.

There are also a few different stealth mechanics as well but nothing really out of the ordinary. You can throw pots to distract guards or throw a stone at something metal to have them move away from their post. If you get seen, you might be able to run off and hide. It didn’t happen very often for me, but it is possible. It doesn’t usually result in an insta-fail. 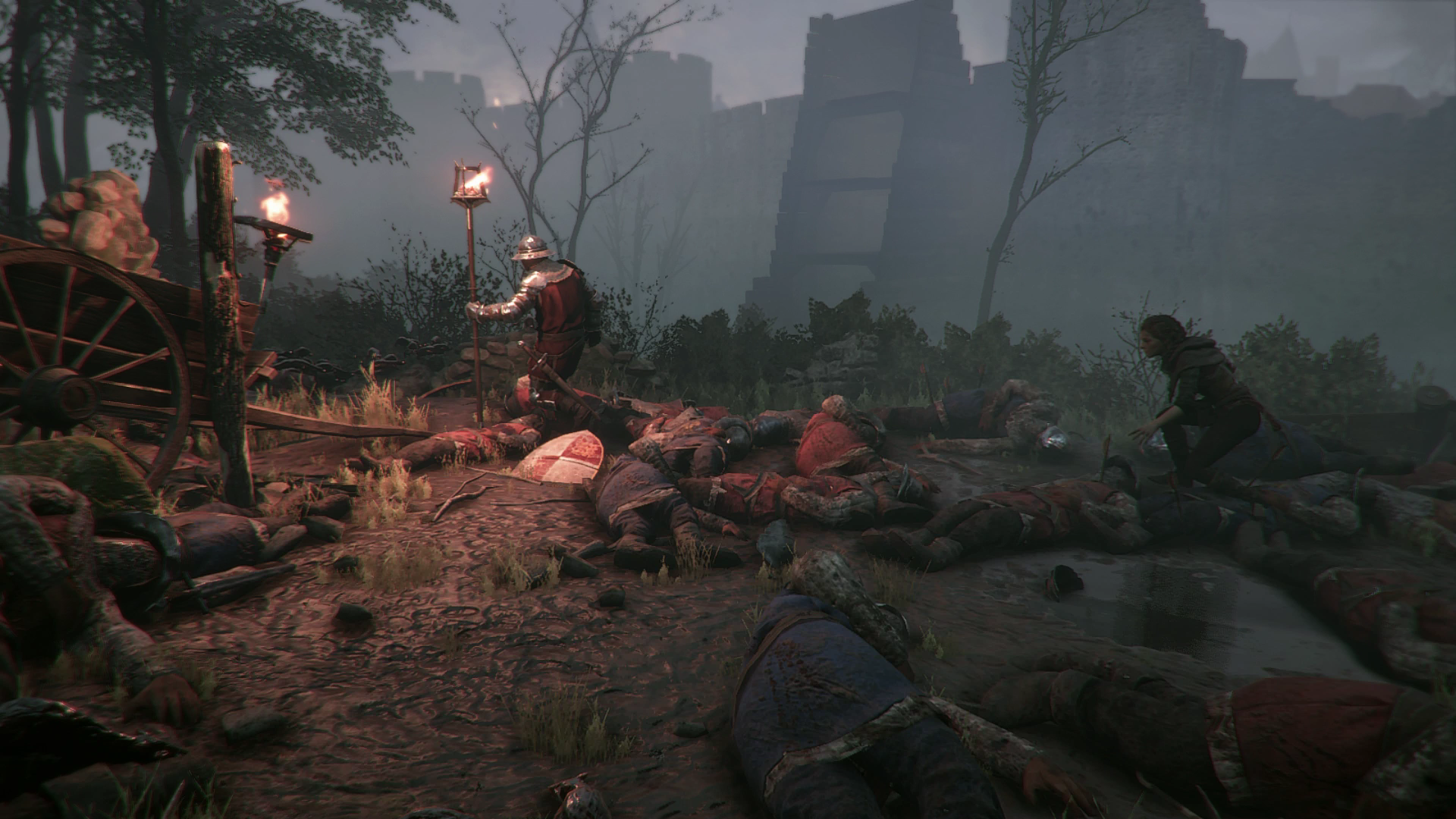 I’ve said almost exclusively positive things up until now. There is really only one negative, and it’s not going to be to most people. There is a part where you must kill a pig. It is horrible, it is appalling, and it is the only negative thing I have to say.

In all honesty, if you only buy one game this year, it should be A Plague Tale: Innocence. For me at least, it hits all the right notes except for the animal cruelty, for which I have deducted 10 points from the score. Perhaps that seems like too much but Lion and the pig needed to be avenged in some way.

In all seriousness though, the game is brilliant. There really is no other word to describe it. Most of the characters are likable, the puzzles are a ton of fun, the combat and stealth allow you to get a little bit creative, and it’s not even that long. You can finish in about 15 hours and they will be some of the best hours you’ve ever spent. 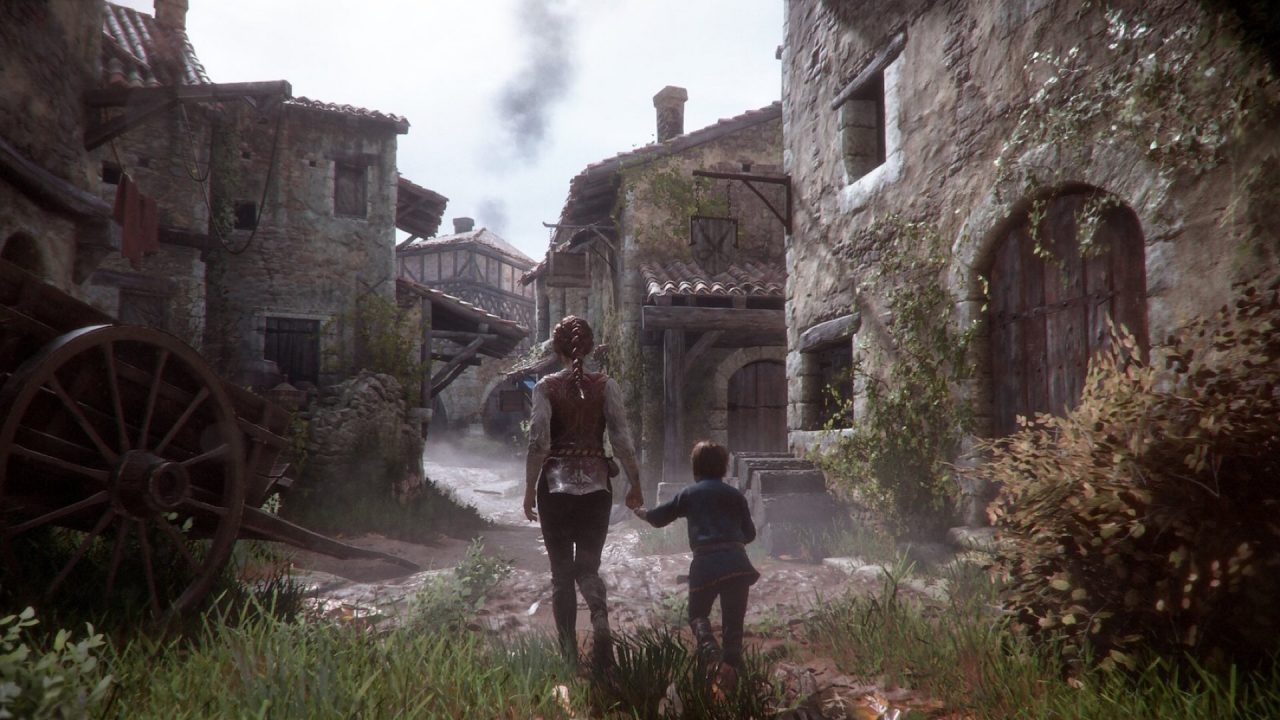