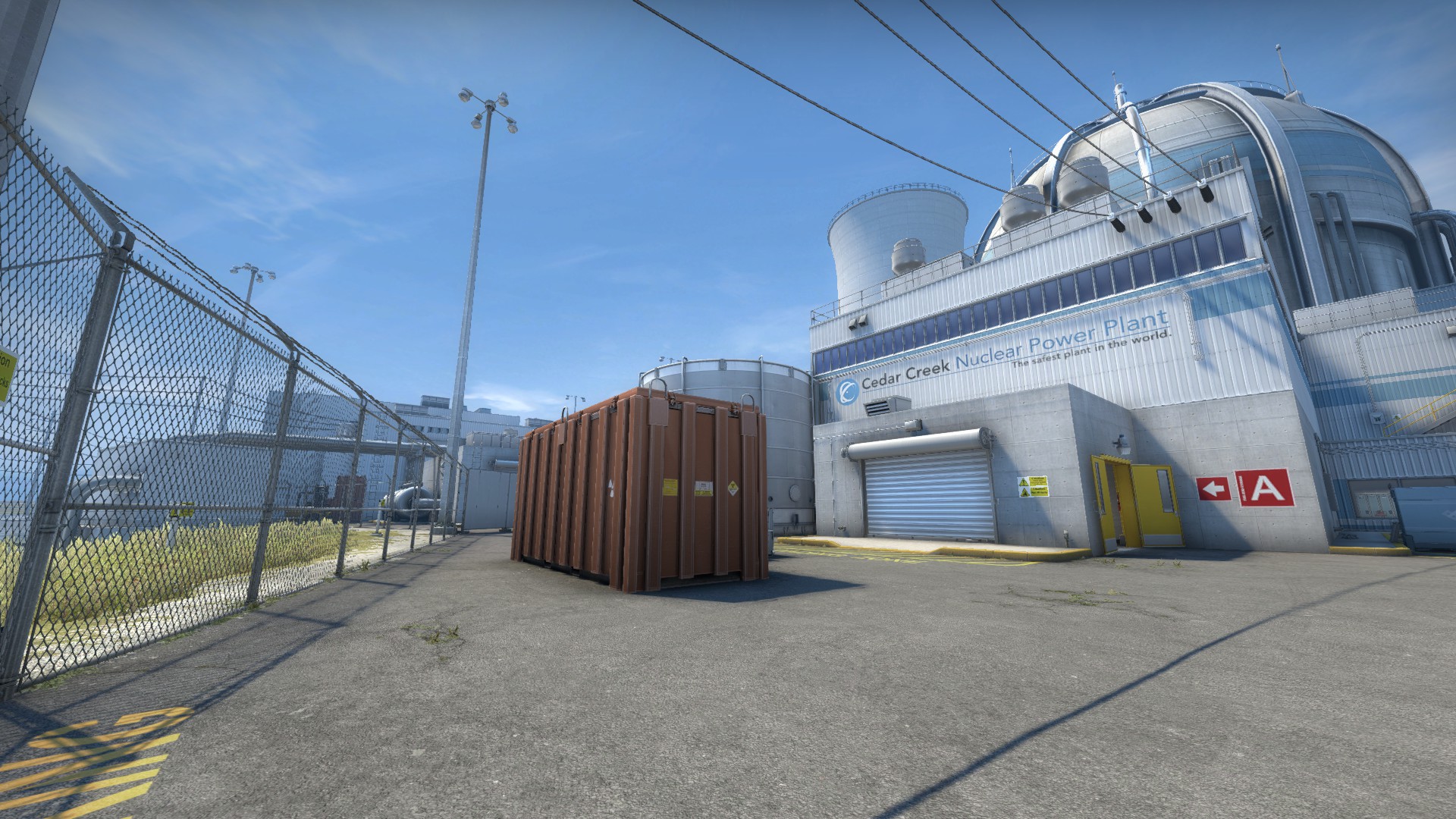 one of counter-strike's classic maps

The Counter-Strike series is famed for its impressive maps, so much so that the franchise has managed to recycle classic levels (with huge graphical overhauls of course) without complaint from fans. One of these maps is de_nuke which was introduced in beta 4.0 of the original Counter-Strike and has since been a key map in multiple iterations of everyones favorite police vs terrorist simulator.

But the version of the map I’m going to be discussing in today’s video game location comes from 2004’s Counter-Strike: Condition Zero – a game I spent much of my youth playing and de_nuke was undoubtedly my favorite map. Even today the nuclear power plant holds a special place in my heart.

The map is effectively a giant nuclear power plant reactor. It features two layers to explore; the top half of the facility that houses bomb site A and the bottom that runs underground, containing bomb site B. Both are easily accessible, with the lower half being accessible by ladder, a ramp behind A and a staircase in a separate building.

All sorts of weird and wonderful objects are littered across the map. For example, there’s a set of conveniently placed boxes that give you easy access to the roof, giving your gun further access to your enemy’s head using the element of surprise.

If, like most Counter-Strike players, you like to use the environment as protection, de_nuke suits your needs. There’s a multitude of places to hide, most notably the tunnels that connect A with B – a short walk through the tunnels make it easy for the counter-terrorists to rotate between the two bomb sites.

The facility itself has seen better days, with rust markings on almost every wall. The question of whether the original CS has lore is up for debate but going by CS:Source’s story (which was the game released after CS:CZ), the facility is called the MAC Nuclear Power plant and is named after Chris Ashton, known as MacMan. Ashton was a texture artist, providing graphics for major Counter-Strike maps such as Dust, Dust 2, militia and also created the maps Havana and Chateau, with the latter still a popular map in CS:Source.

I also did a quick google search to see if the place existed in real life, and there’s a nuclear pool reactor in Ontario, Canada named the McMaster Nuclear Reactor, owned by McMaster university. This however has probably has no relation to de_nuke as valve decided to change the map’s setting twice – in the original release of, CS:GO it was based in Germany and was featured in the trailer. In the map update, it was moved to the fictional setting of Cedar Creek in the USA.

The building (unsurprisingly, like most maps) has a tie-in with Half-Life 2. Aside from running on the same engine, a radio can be found near bomb site A, the same radio that was used in the game Half-Life. Titled HECU (Hazardous Environment Combat Unit), the radio was used by HECU officers to sought information on the battlefield and enemy camp statuses. Gordon Freeman, Shepard and Barney use it to thwart HECU’s plans. The radio can also be found on the Counter-Strike maps as_forest, cs_docks and cs_iraq but is unusable.

de_nuke is one of the more iconic maps the Counter-Strike series has to offer, making an appearance in every game in series. What do you think? Do you have a favorite map? Let’s discuss it in the comments.