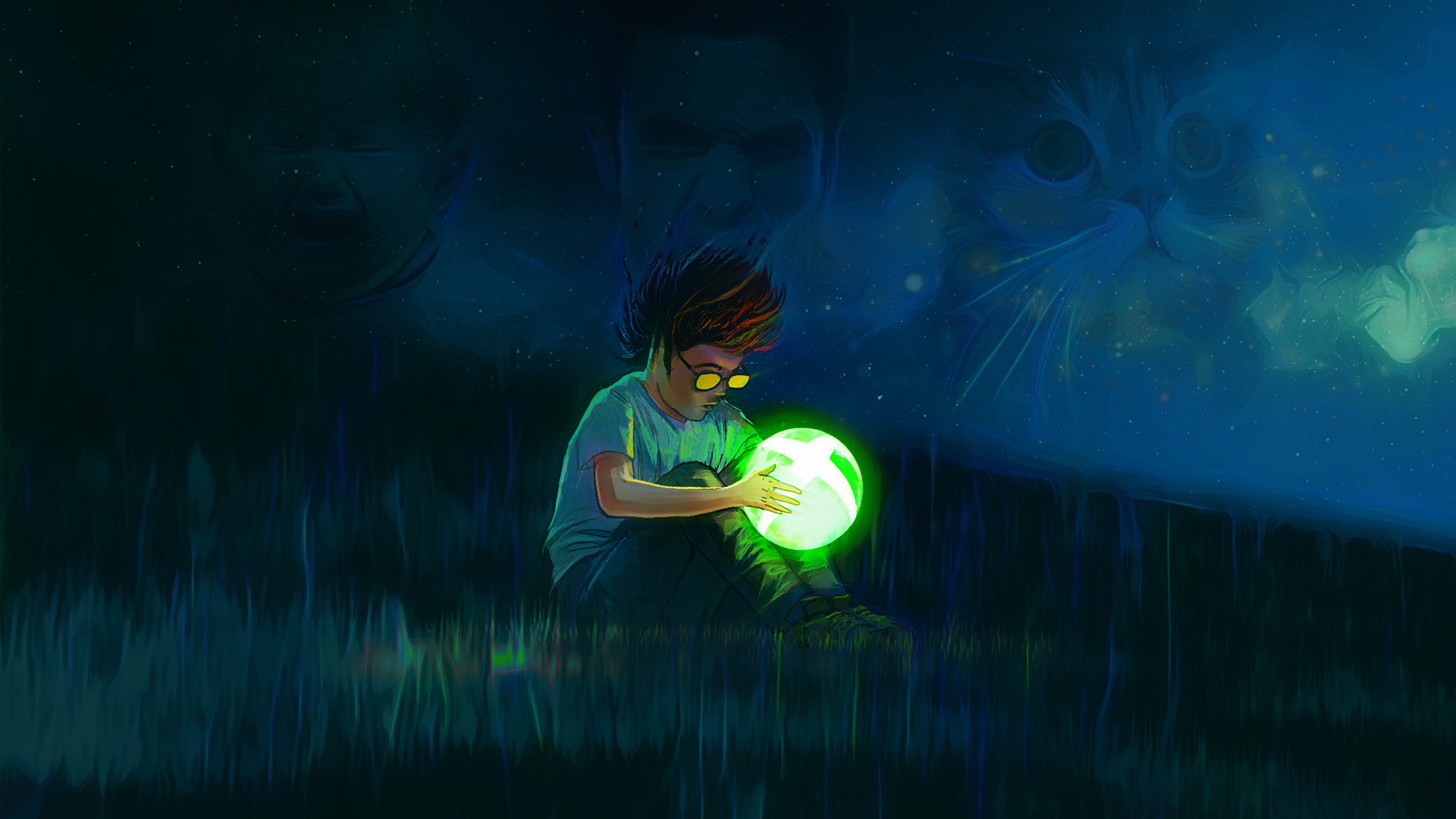 When is a name more than just a name?

My name is Suicide Snowman, or at least it was, until Microsoft decided to strip me of my identity.

To have my Gamertag taken from me hurt more than you can possibly imagine. Never mind that I’ve bled green for 18 years, bought thousands of Xbox games, was invited to Xbox Fan Fest in 2018, and own a complete set of all 864 original Xbox games released in the United States. The decision by Microsoft to rob me of my identity wounds me to my core and hurts my soul.

But that isn’t why I’m writing this article.

You see, it’s been about 3 weeks since Microsoft changed my Xbox Live Gamertag from Suicide Snowman, a name I’ve had for 23 years, to ScaryKitten477. Quite possibly the most humiliating name I could have been given.

But I decided to own it. I’ll take the name, and when someone asks me why my name is Scary Kitten I’ll let tell them the story about how I was robbed of my name. It took a week for me to get over this change, but I went back to playing the same games I played before.

Unfortunately the experience is not the same, in fact, it’s much worse.

When I told one of my best friends about the change, he immediately called me ‘Scared Pussy’.

We’re men, we heckle each other, it’s just how we are. But he’s an extremely good friend, so he can get away with it. Regardless, it was a good indication of how other ‘men’ were going to treat me.

Where things really started to suck was immediately after I joined a race with some of those old friends in Forza Motorsport 7. As if being isolated even further during this pandemic wasn’t bad enough, I find that I am being attacked on track, often prior to ever getting to the braking zone in turn one. This isn’t how these guys raced Suicide Snowman.

At one point I had been pushed off track or spun intentionally 5 or 6 races in a row before ever getting to the first turn on the first lap. I even had racers change lanes to come hit me on the straightaway. At first I thought it was just aggressive drivers trying too hard to win the race in turn one. Then I started noticing it was usually the same driver 3 or 4 races in a row, or there would be multiple incidents in the same race. I’m a lot faster than most of the people I race with, so they spin me out and I catch back up 2 or 3 laps later. I’ll then pass cleanly, only to get taken out again 2 or 3 corners later.

Now, I’m the same driver I was before. I’m aggressive but I try like hell to race close and either pressure someone into making a mistake or we have a close side by side battle for a few corners. I never take anyone out on purpose. There’s an unspoken rule of etiquette among Forza veterans, if you take someone out, you stop and wait on the track to let them back in front of you, regardless of how many positions you lose on track as a result.

As Suicide Snowman, no one took offense to getting beat regularly. I got invited into several racing clubs and had people message me all the time to either tell me how fast I was or to apologize for racing incidents that had occurred in the race prior. But I never felt like people outright went after me to ruin my race.

As ScaryKitten477, all I have to do is pass someone cleanly and I may as well have murdered their puppy. In well over 200 races online the past 3 weeks, I’ve probably had maybe 15-20 crashes where the contact was made with the front of my car. I’m human, mistakes happen, 90% of those were the kind where we both kept going and it was nothing more than a mere annoyance. But I would say there have been an additional 150-200 crashes that involved being hit in the rear of my car. Of those, I’d say 90% were hits on the rear corners, not directly behind.

I can’t help but wonder if the name change has had anything to do with the way people now race against me. I had only got a handful of races under my belt when I returned prior to the change.

For some, a Gamertag on Xbox Live is something simple. It’s a way to distinguish one John Smith from another John Smith. A word or two, maybe a few numbers, that allow friends to find each other online and play a game together.

But Suicide Snowman? He’s powerful, confident, and has a legacy that extends well beyond Xbox Live dating back to his days as a hacker in the late 1990’s. Suicide Snowman is a winner.

Suicide Snowman will be remembered.

I’ve continued to race these last 3 weeks in hopes that maybe things would change. Maybe this is just an overreaction.

So far, no luck. This past week I started a race on one of the shorter variations of the Bernese Alps track. Being a short track with mostly turns and short straightaways I am able to be very competitive even though my car gives up nearly 100hp to the more meta Mercedes others race with. This is where the egos start to get bruised. My Ferrari shouldn’t be able to keep up, yet there I am mixing it up with the guys setting top 50 lap times worldwide.

The race starts, I get a good jump coming out of turn one & two and I see this white & orange Mercedes flash across from the left mirror to the right mirror(I race using in car view), clearly close enough to barely miss making contact with my car. I’ve had run-ins with this same person a few times so far, always back of my car, front of his, never straight on.

I’m able to pull far enough away that it takes a few turns for him to catch back up. I dive bomb the next corner knowing whats coming, yet there’s that white & orange car flashing across from one mirror to the next. They would make 3 more attempts like this throughout the lap before finally catching up to me a lap later. At which point they pulled along side of me in a left hand corner, and turned to the right.

While it’s easy to understand someone missing a braking zone or getting ambitious and running straight into the back of you, it’s hard to explain why I keep getting hit on the side while driving in a straight line.

I wont deny Forza has a reputation. But I have raced with many of these guys on and off for two years now. Sure, I’ve had my fair share of racing incidents over that time, but never with the same frequency or the obvious intent behind the crash.

As a result, I find myself backing off at the start of the race and letting everyone go kill each other in turn one. Even then, I still sometimes get hit by someone even tho I’m several feet off track letting everyone go by. I’m determined to show all these punks that I’m better than they are. And the idea that they’re doing this to me because they think I’m a girl just makes me want to win even more. I don’t care if they ever find out who I really am, I want them to feel shame for being an asshole.

As the first round of this unintentional experiment comes to a close I find myself reflecting on how the name change has affected me on a personal level. Among the friends who are aware of the change my name has become a bit of a joke, and it’s fun to laugh at it because I understand that their ire is with Microsoft. But at the end of the day, the butt of the joke is still me.

Is it fair that the article focuses so much on one game? No, it’s not.

I do wonder how much different the gaming experience will be in other games where it may be harder to tell if there is some form of discrimination towards my assumed gender by other players. Sadly, racing is one of the few forms of gaming where the interaction with other players is more physical. Other games I play, like Call of Duty Warzone or Fallout 76, players are incentivized to be more selfish and there’s a distinct lack of communication. Since I can’t be team killed in those games I can’t really tell how much of a difference other player’s attitudes have changed towards me.

As for Forza, I am not sure if I will continue to race as much as I would have prior to the name change. Since I returned to the game a month ago the only thing that has changed is my name. I still drive the same Ferrari donning Marlboro Penske livery as before. I don’t know of any other players who drive this vehicle quite as well as I do. While I do think some of the regulars have started to put two and two together, I still find myself not wanting to start a race, and often pulling off track as the green flag drops to avoid the conflict I know is coming. I will return, but maybe not as often.

In the meantime, the record books may no longer say ‘Suicide Snowman, winner.’ But one look at the screenshot below can tell you all you need to know about the actual person behind the helmet.

The ghost of Suicide Snowman will live on.

Final Word: As the title implies, this experiment kind of happened without any intent on my part. One minute I’m racing with my bros as Suicide Snowman, the next I’m getting murdered for being faster than them. The only change was my name.

Forcing my name to change to ScaryKitten477 has been both humiliating to me and also detrimental to my mental, and maybe even physical health, at the same time.

Is my experience these past few weeks a result of people assuming my gender due to the name change? I really can’t say, I’ll let you be the judge on that. What I can say is that I currently plan to continue using this name for the time being. I don’t really care to change my name, nor pay for that change, unless I can have my old name back. Unfortunately, I don’t see Microsoft changing their mind any time soon. I don’t want to be ScaryKitten477, but I guess that’s who I’ll be, for now. 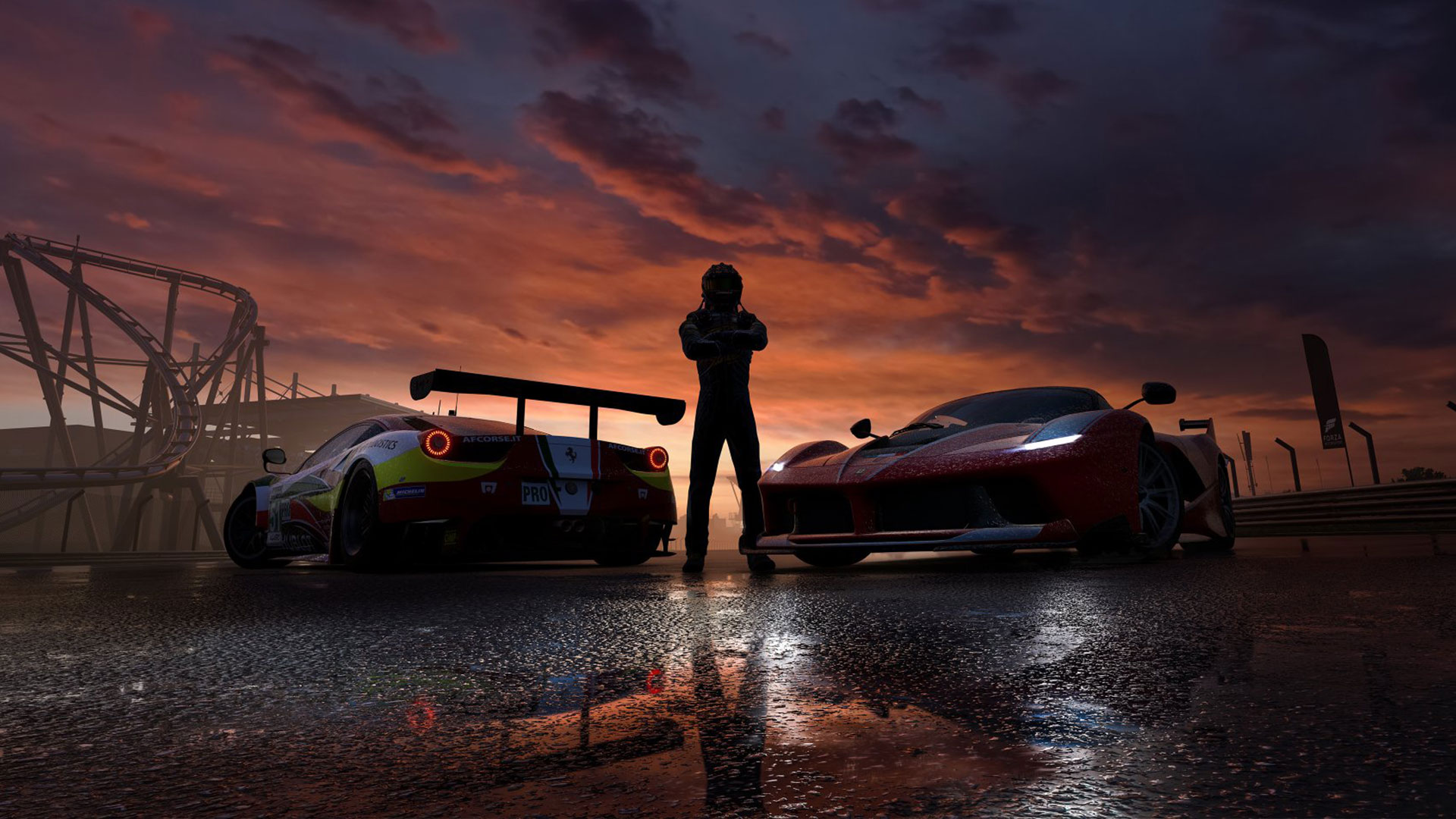 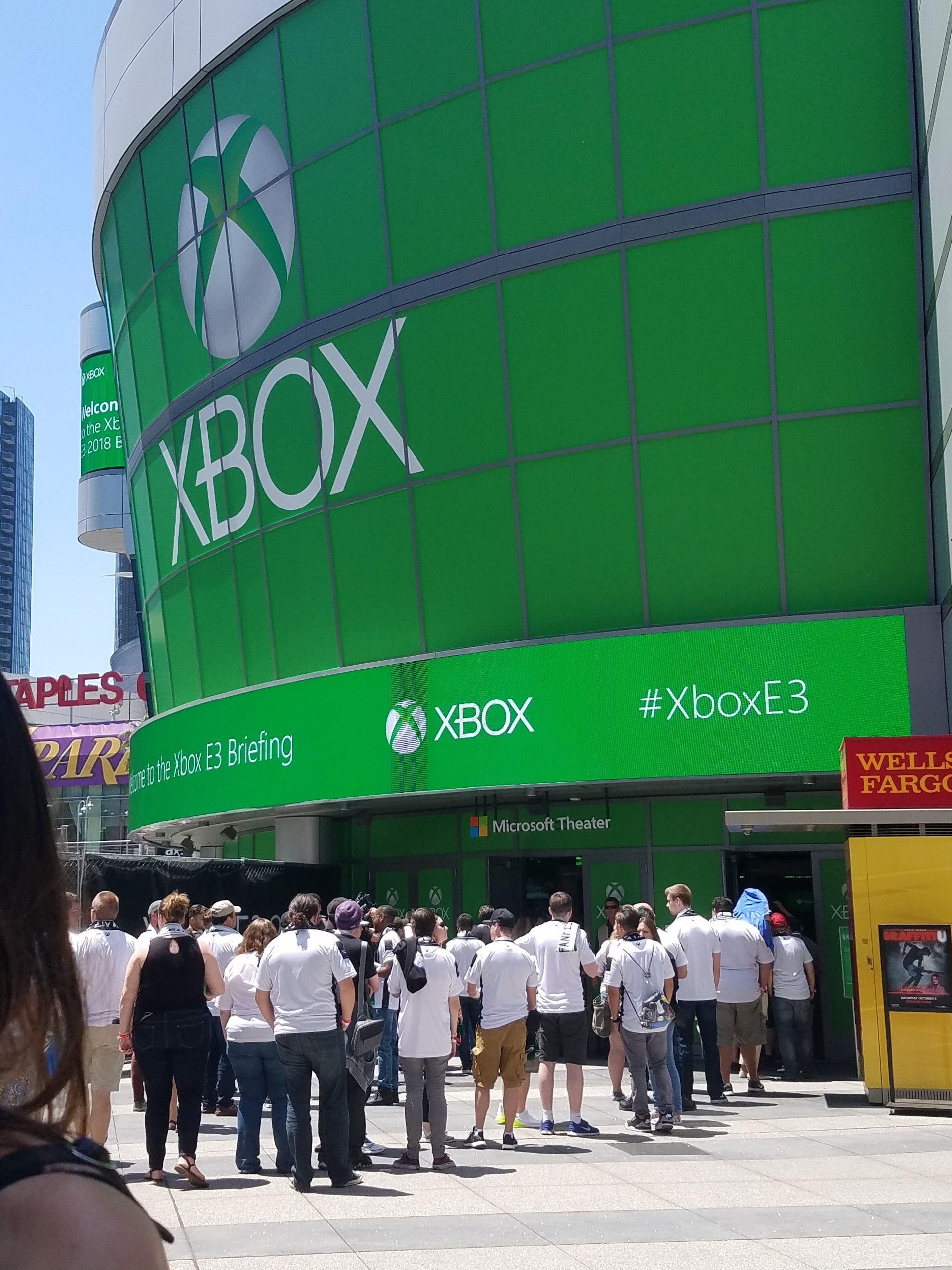 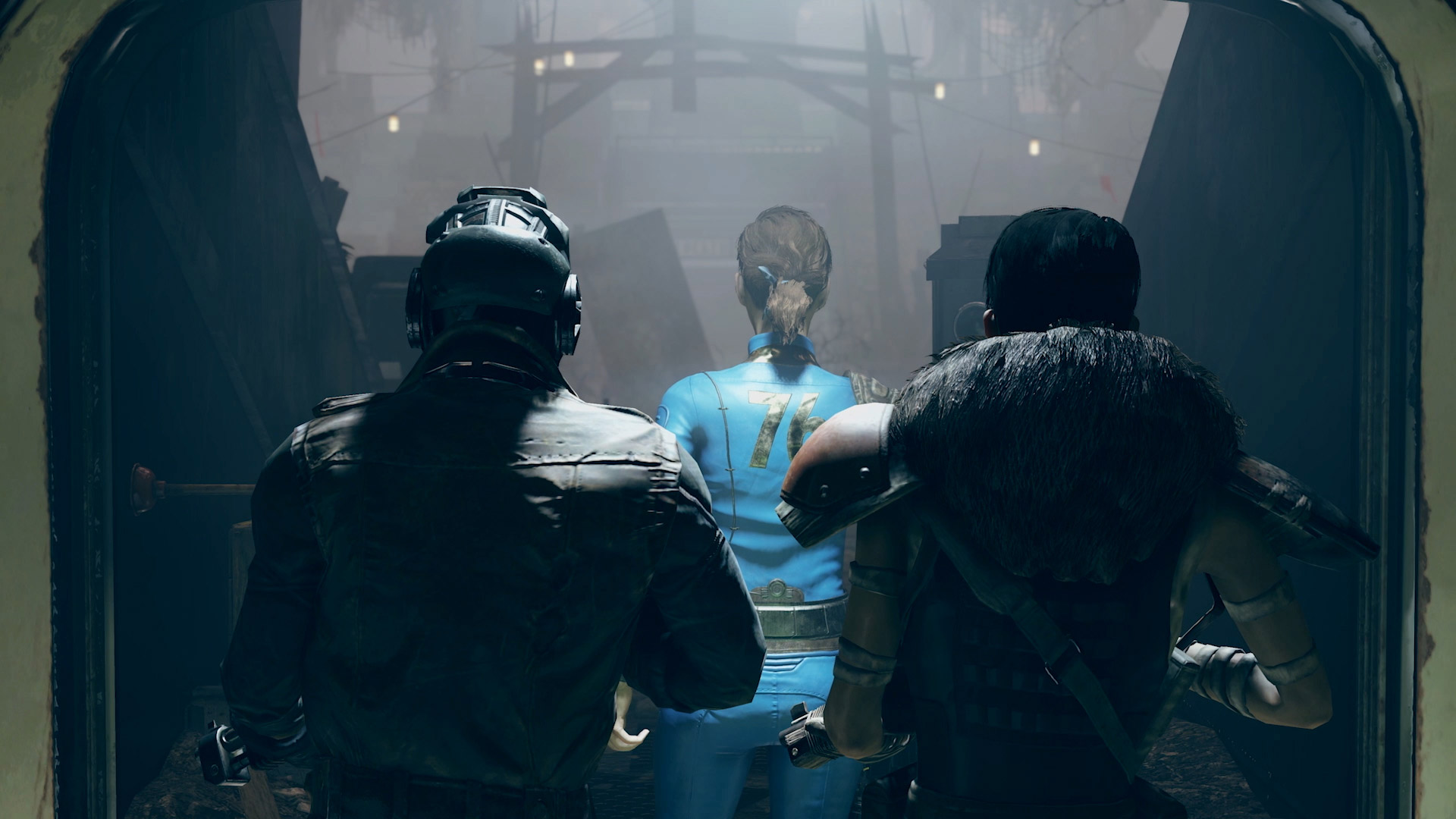