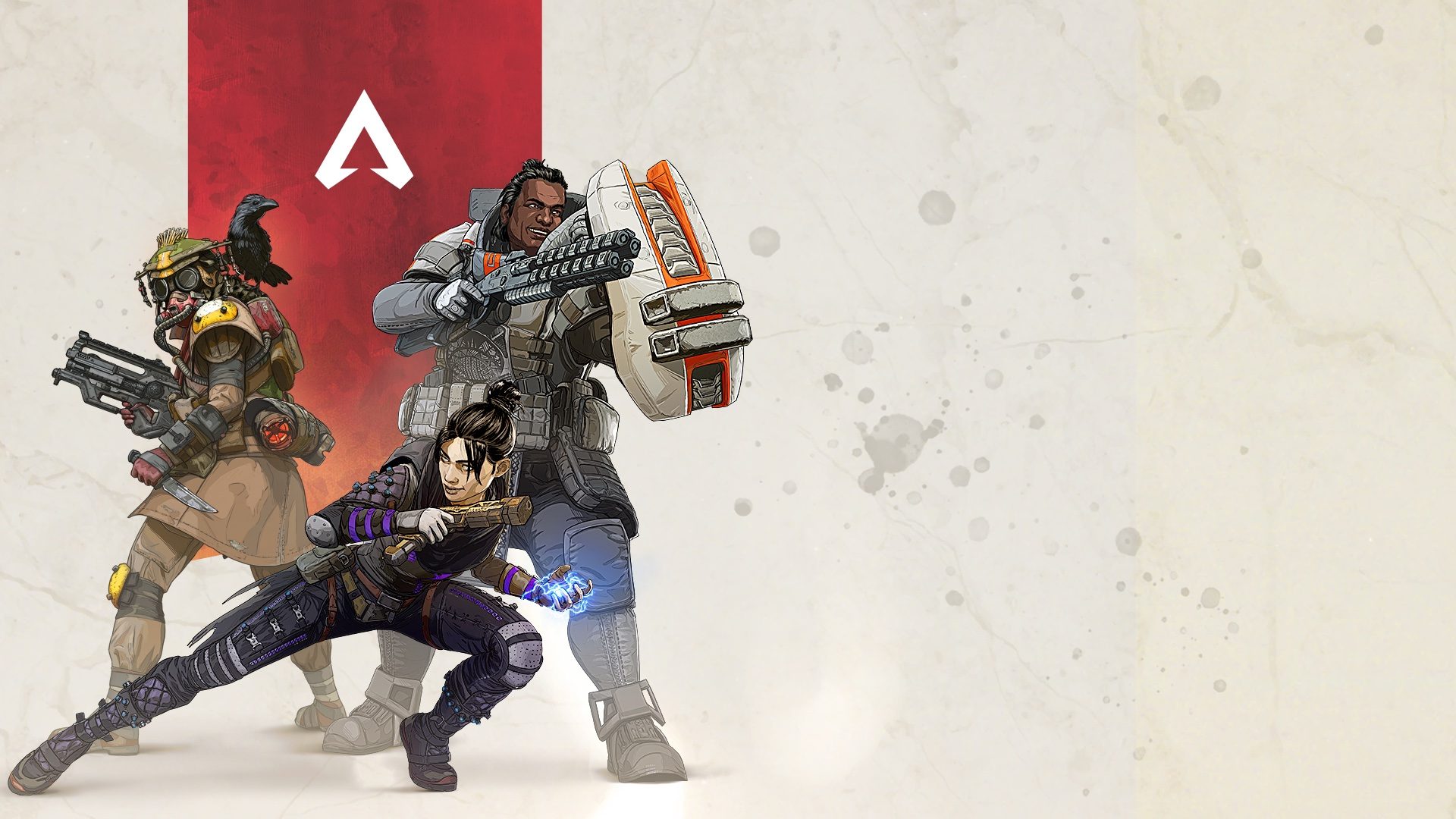 The Important and Chaotic Symbiosis of Video Games

The AAA Industry is a parasite, as are the games.

The Industries fixation on Trends

It’s nearly impossible to mention a game that has been on top of the charts in recent months that has been without a couple noticeable traits. We cannot forget that yes, Battle Royale is here to stay, yet we loathe it as a feature. At least I do, personally. Battle Royales are just uninspiring wastelands we are told to trudge through, regardless of what else is in the game its goal remains the same. The rise of Fortnite, the throne snatching Apex Legends, the fiery PUBG with their litigious bull, and now even mainline AAA games are coming out, games we could guarantee would be the exact same as we remember them are getting Battle Royale shoehorned in.

What I’m saying is that Battle Royale is another trend, one which is beginning to pass thankfully. Now in the wake of these AAA attempts at Battle Royale we are finally beginning to understand just how ridiculous the whole thing was. Allow me to be very clear in this article, I am not here to dump all over BR games, I can sometimes squeeze out some enjoyment from these atrocities unto coding and modelling. What I hate is how susceptible we are to trends, and how little people actually notice.

Trends are a natural part of the Video Game Industry

Just the same as in movies, music, TV shows, everything follows some sort of trend! This parasite we call the AAA Industry is unfortunately in a tight symbiosis with us. Remember when Overwatch and Battleborn were pegged to release as competitors? The amount of Hero Shooters that flooded the market afterwards was ridiculous, with Paladins bordering terrifyingly close to outright plagiarism. It was unbearable and highly annoying to anyone who desires a more engaging experience.

Trends havent always been as much of a nuisance as they are today. There was a time where games had visual trends as well, and thats not lost in the current generation. Every game has to have Photo realism now, every game must have built in shaders that blend the environment with the models! These are small trends that have gone relatively unnoticed, people talk about games looking prettier of course. I’ll never forget my reaction, alongside the whole world’s reaction, to Battlefield 1. The fact that it had so much going on visually while maintaining that good game play feel was a marvel at the time.

I feel as though Trends need to change. Their focus needs to be less on Graphical Fidelity, and more on nailing a harmonious balance between game and player. What do I mean? Let’s look at a grand example of good visual and audio direction, without necessitating complex gameplay.

Journey, who remembers this game? I sure do! It’s one of my favorites. This is not me saying it’s a 10/10, but it’s nearly perfect. When I say perfect, I mean perfect. Perfect harmony between Gameplay, Feel, Visuals, and Audio. Let’s start off with the Soundtrack, if you haven’t listened to it, you need to! It’s stunning, and an absolutely beautiful soundtrack for an absolutely beautiful game. This is one of two feet that Journey has on the ground to keep itself upright, the other being visuals.

The Visuals are mystical, magical really! Vast deserts of twinkling sand that rolls into gorgeous hills, nestling within are ruins of completely unknown origin. The whole time we are spoonfed information about this lost civilization, piecing together the story of their exodus from their homeland and eventual extinction. You learn you are a part of a bigger picture, naturally, slowly, calmly. Without a single dose of Dialogue, this game manages to deliver the greatest payload of information to you swiftly and efficiently.

The two feet are important, they are what hold your game up, they are what you fall back on in case your design has flaws. Hack n’ Slash games such as Darksiders or even Diablo 3 have solid gameplay and progression as their feet. Oftentimes they need not worry about visuals, hence why they come in all manner of shapes and sizes. Journey relies almost entirely on the Soundtrack and Visuals to deliver the story, as it is presented in a very raw emotional format.

The other two limbs, Gameplay being the backbone on which everything is balanced, and Game Feel. Gameplay will always be the backbone, because it’s a game. It’s an interactable piece of software, of course how you interact with it and what you can do with it is what matters nearly above everything else. Journey isn’t strong in this department, but it does what it set out to do. The game feels inordinately fluid and you rarely will notice any change in terrain. You wade through oceans of golden sands that wrap around you, sliding down hills at unbelievable speeds, and flying for limited periods of time. This simple thing makes the game entertaining, but only for a while.

As you can tell, its difficult to talk about Game Feel and Gameplay separately. Game Feel is the cumulative experience of actively playing the game, and in Journey’s case, it’s a calm and very gentle ride.

Seriously, I do understand development cycles! I am personally attempting to develop 5 separate games all alone, I truly understand. But, where I draw the line is when it lacks in the case of whole studios. Separate individuals, teams, groups, all of this should expedite the process, not muddle it up. Good example, Anthem, the world renown universal disappointment whom everyone looks at as if it is the red-headed step child who just smeared their terrible produce all over the wall with a big fat smile on his cockeyed face.

Anthem was a tremendous disappointment, I hardly need to expand on that. In terms of visuals and animation, its a strikingly good look! The Javelins look intense, the world feels and looks alive! But in terms of Gameplay, it was a shallow attempt at a Looter Shooter with some of the most heart breaking payoffs. You feel diminishing returns once you are done with the tutorial, and realize very very soon after just how repetitive the game is.

The largest problem that has been chewing away at the AAA Industry, at the Games Industry as a whole, is the visual style. Since the PS3 and Xbox 360 Era Game visuals have been muddy, dark, gritty. Now we have moved on from Gritty games and have moved up to Photorealistic Dirty Games. Visually games havent changed too much, they’ve only become clearer. All of this plus the usual gameplay we are forcefed every single year.

Why can’t we have more symbiotic trends?

It boils down to distrust. EA has been dying to eat away at our wallets since Battlefront. Activision has followed a similar path and are dragging Blizzard with them! We have no reason to trust these AAA developers, they insidiously inject these games with addictive elements and pawn them to us as Live Service games, essentially a Drug Dealer who feeds our addiction until they decide not to anymore. Yet AAA has no reason to trust us either, we have lashed at them for petty things in the past, Hot Coffee and Rockstar Games, a coded and fully animated crude sex scene that was built into the game and locked away. Is it okay to have that stuff in a game? Well, its Rockstar and GTA, an M rated game that states on the front ‘sexual themes’.

By no means shall I excuse AAA developers for these heinous acts, and they’re beginning to realize we aren’t afraid to bite back. These damn developers realize that we took their vacuum out of our pockets. So they take safe bets with broad gameplay and incorporate purposefully addictive components into their games so that we cannot help ourselves but to play them. Masking casinos in sheep’s clothing.

Why is it that the most well equipped of us is refusing to utilize that equipment for good? Honestly, it boils down to profit. That’s all a company has to strive for. They won’t take the risk of developing a game for years and then releasing it to a less than favorable score. It’s an understandable fear to a certain degree, but not if it’s a AAA studio that could eat the cost. We need to support developers who are keen on developing games with real heart and soul. When I say Symbiosis I mean the games components, how well they cooperate and so on.

Take for instance, Amplitude Studios, the ones behind the Endless Trilogy. Endless Legend being my personal favorite due to its symbiosis. Support these kind of developers! Support the ones who care about everything in the game. Don’t sit and support a developer who is keen on one aspect of a massive game. Yooka-Laylee is a great example. They wanted to make a Platformer, reminiscent of the old days. Little did they realize, that its quite hard to nail down the symbiosis Banjo Kazooie and Mario 64 had. Yooka-Laylee came out as a bit of a flop and the whole world forgot about it. All it focused on is how the game feels, not how the world syncs with the player and how immersive it is as a full experience.

Studios and developers that focus on one thing aren’t necessarily a bad thing. Toby Fox, developer of Undertale, made an intensely enjoyable and worthwhile game. Though it has some flaws, the gameplay, soundtrack, visuals, all of it is synchronized! A perfect balance of everything, making that game score quite highly with nearly everyone who’s played it. What made Undertale so unique was its emphasis on Characters, this was essentially early fostering for a fandom. Causing it to blow up like no other.

Remember that, no matter the circumstances, the AAA industry will always be a step behind. It’s sheer folly to expect any quality product from any of them anymore. Yet we will continue to purchase these games because of their pedigree. It’s time to wrap this up, so lemme give you something to look forward to.

On September 10th, a rather promising game called Greedfall is coming out. Its overall style is what’s drawing me to it, and I have surprisingly high hopes for it! What do you think? Lemme know in the comments I would love to hear your thoughts, not just on Greedfall but on everything I said! I missed a lot in this article, and I’m anxious to see what you all think!