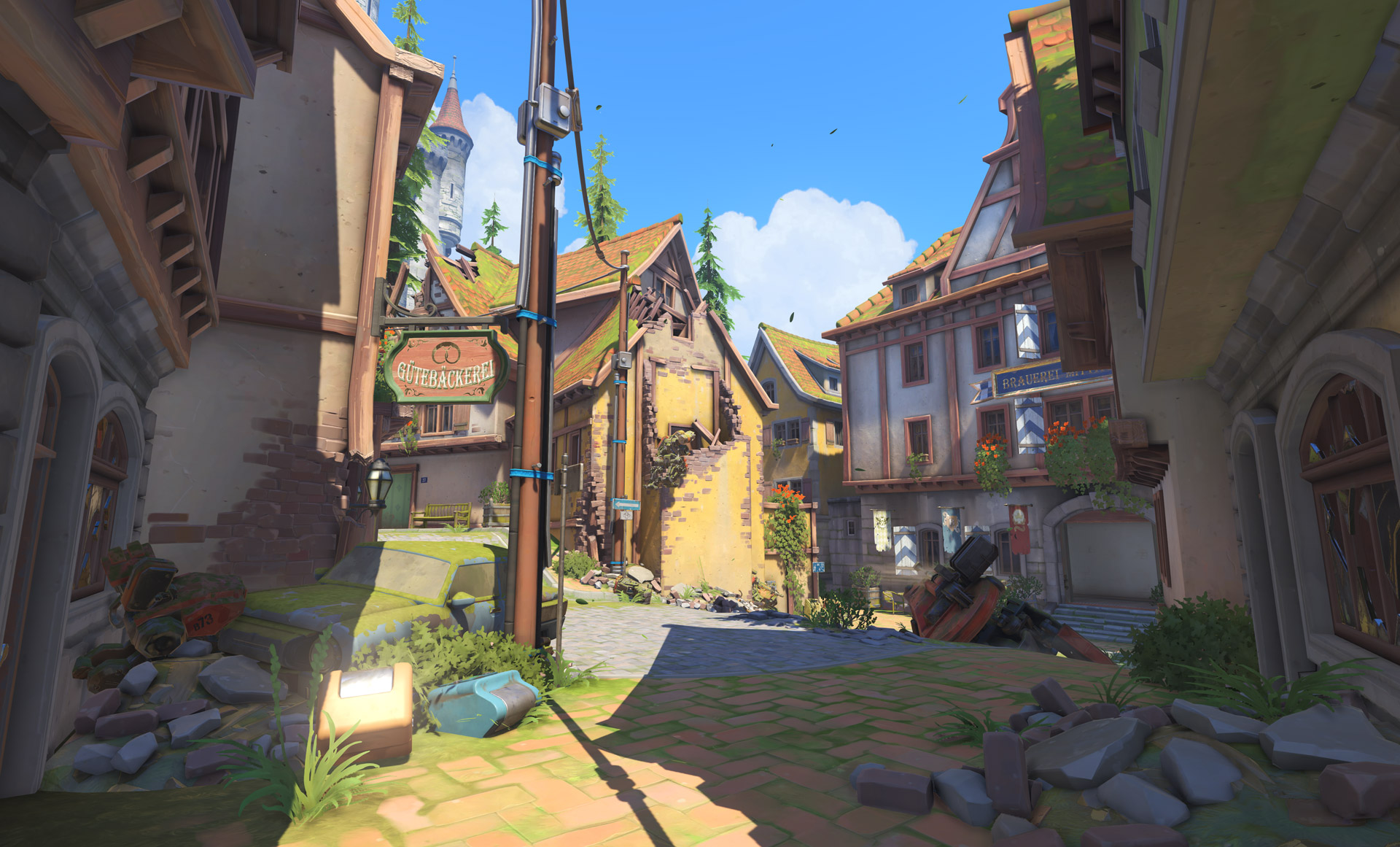 The first new DLC map for Overwatch was appropriately announced at this year’s Gamescom. “Eichenwalde” is an assault/escort map which takes place in an abandoned village near Stuttgart, Germany.

As for the map’s backstory, the YouTube description for the trailer reads:

The site of one of the most famous battles during the Omnic Crisis, it was here that the leader of the Crusaders, Balderich von Alder, and a handful of his best soldiers made a last stand against an advancing automaton army. Outnumbered and outgunned, they were ultimately slain during the resulting combat. However, thanks to their valiant efforts, the German military was able to push back the omnic offensive and win the fight.

On this map, one team must escort a battering ram to Eichenwalde Castle to reclaim Balderich’s remains from their current resting place, while the opposing team does everything in its power to thwart the keep from being breached.

During Blizzard’s Gamescom livestream, the team shed some light on Eichenwalde’s design, saying that the middle of the map is “very vertical”. Also, the map concludes with a final push across a drawbridge to the castle. Awesome.

So if you had gotten burned out on Overwatch because of playing the same maps over and over again, it might be a good time to return when this map comes out for free next month. 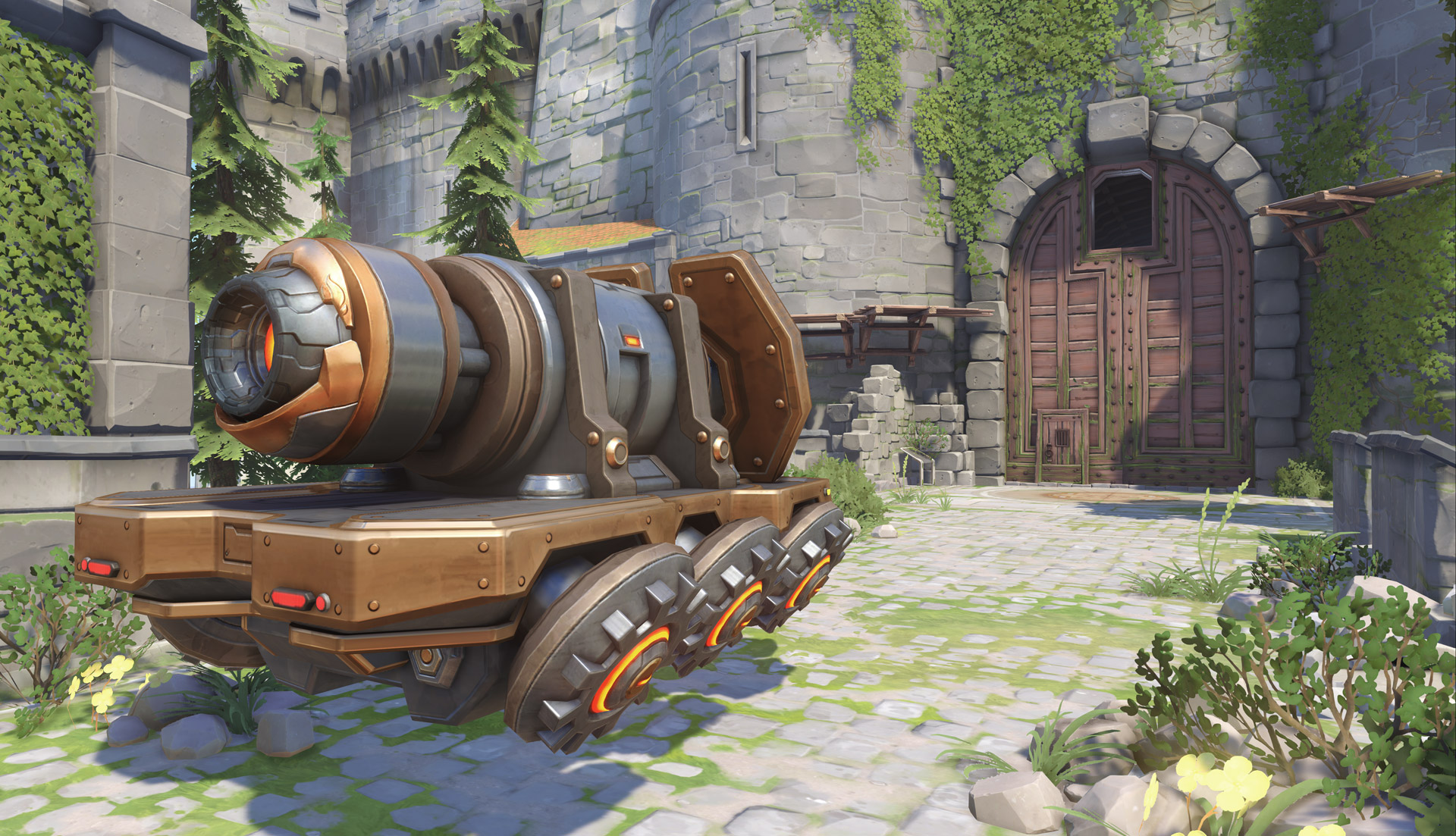 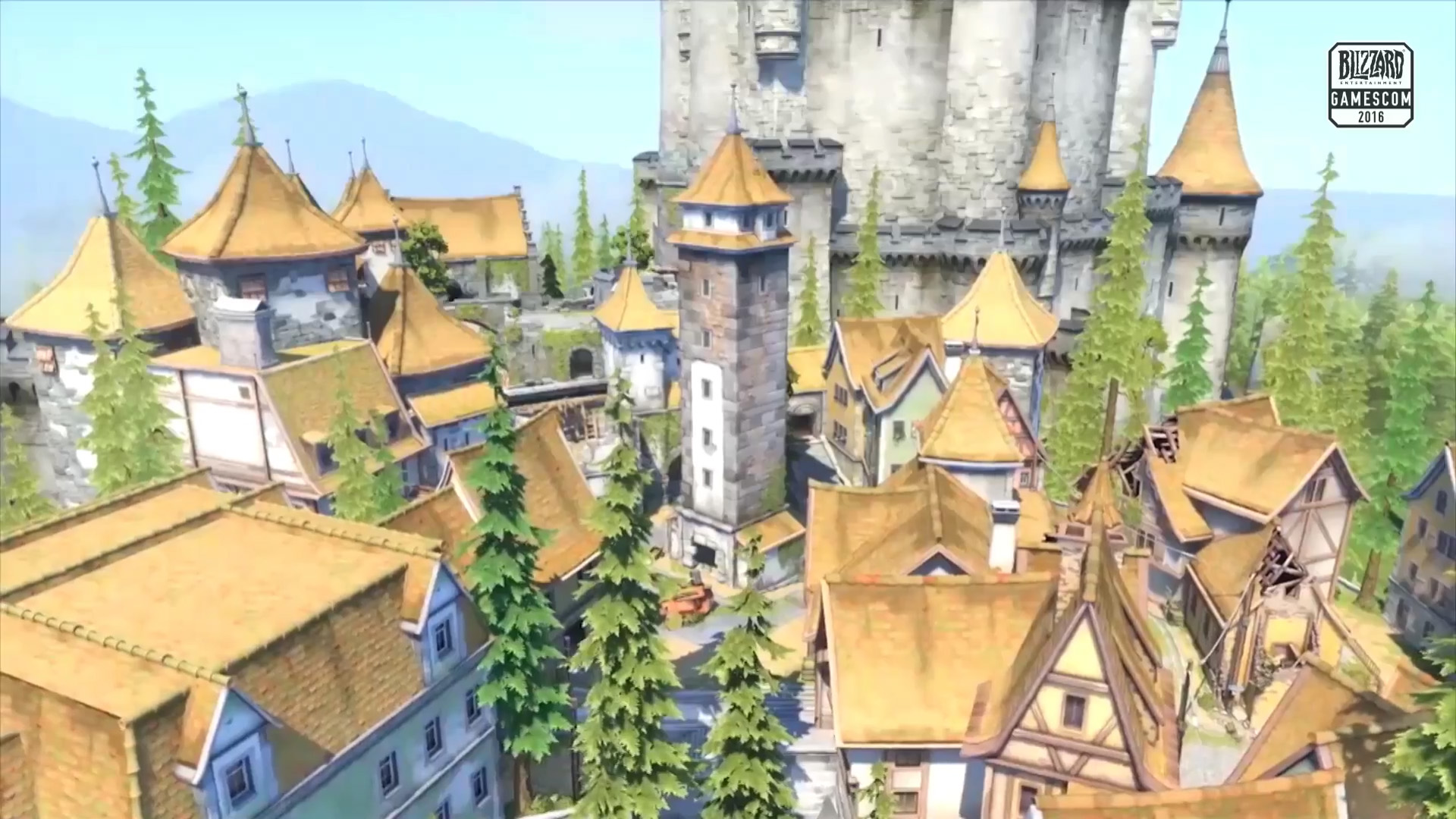