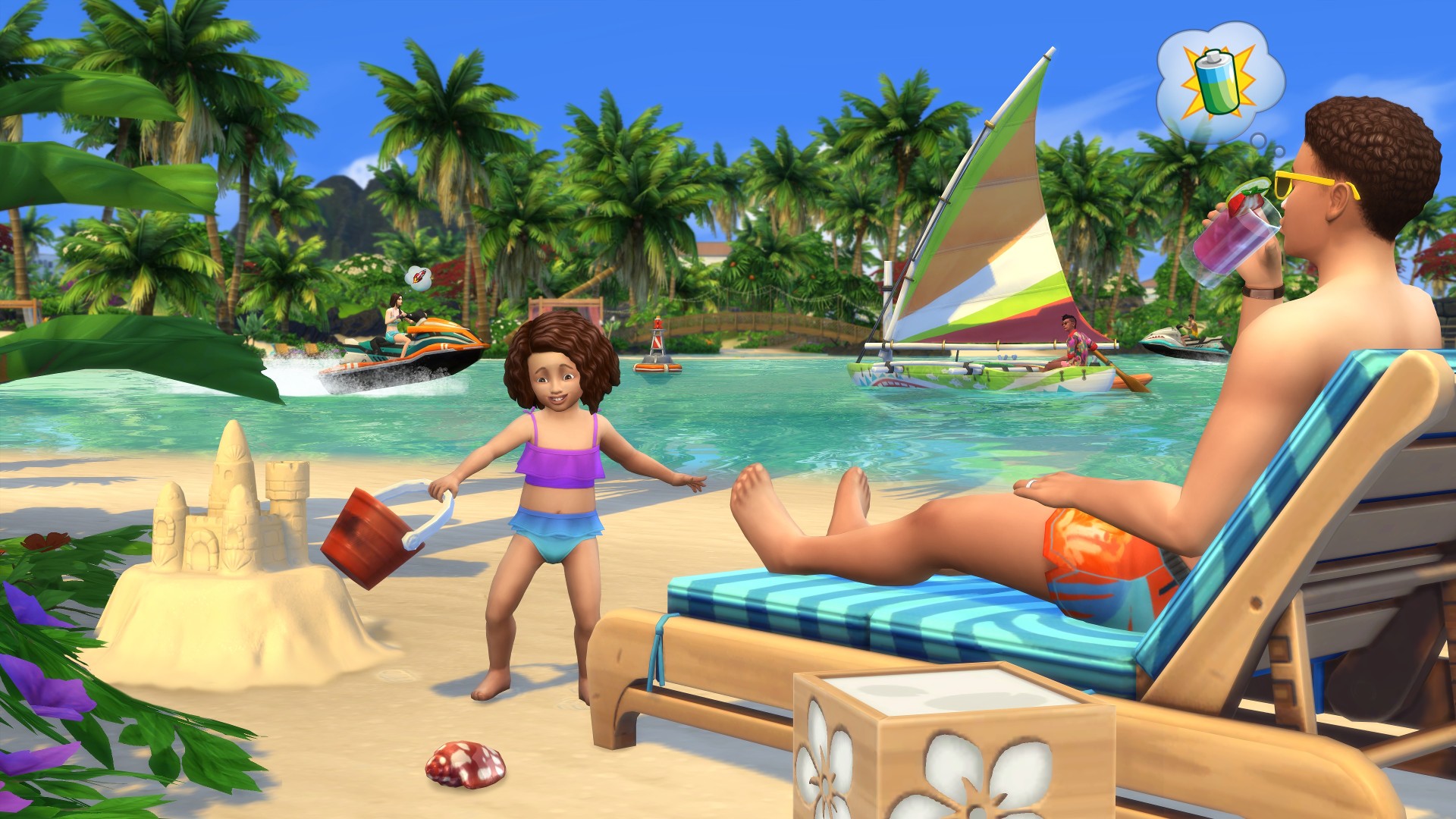 The Sims 4 is receiving another expansion pack.

The pack is themed around island life and features new clothing for your sims, new activities to delve into and a new job as the island conservationist, whose job it is to clean up beaches and ensure the island stays clean. You can also enroll as a lifeguard, a fisherman or attempt to start a diving career. There’s also ‘odd jobs’ that can be undertaken, which includes fishing.

Mermaids are also an addition to the game, which details for are still kept under wraps but the mystical creature is controllable by the character, which may tie into the upcoming expansion pack realm of magic, officially announced during the event but details were not shared.

EA also revealed they have partnered with the It Get Better initiative in honor of LGBTQ Pride Month. The partnership includes new clothing in the Sims 4 and a gender neutral bathroom option in the Sims Free Play.

Finally, the Sims 4 will be getting a new stuff pack with content from fashion brand Moschino with items from their partnership earlier this year.