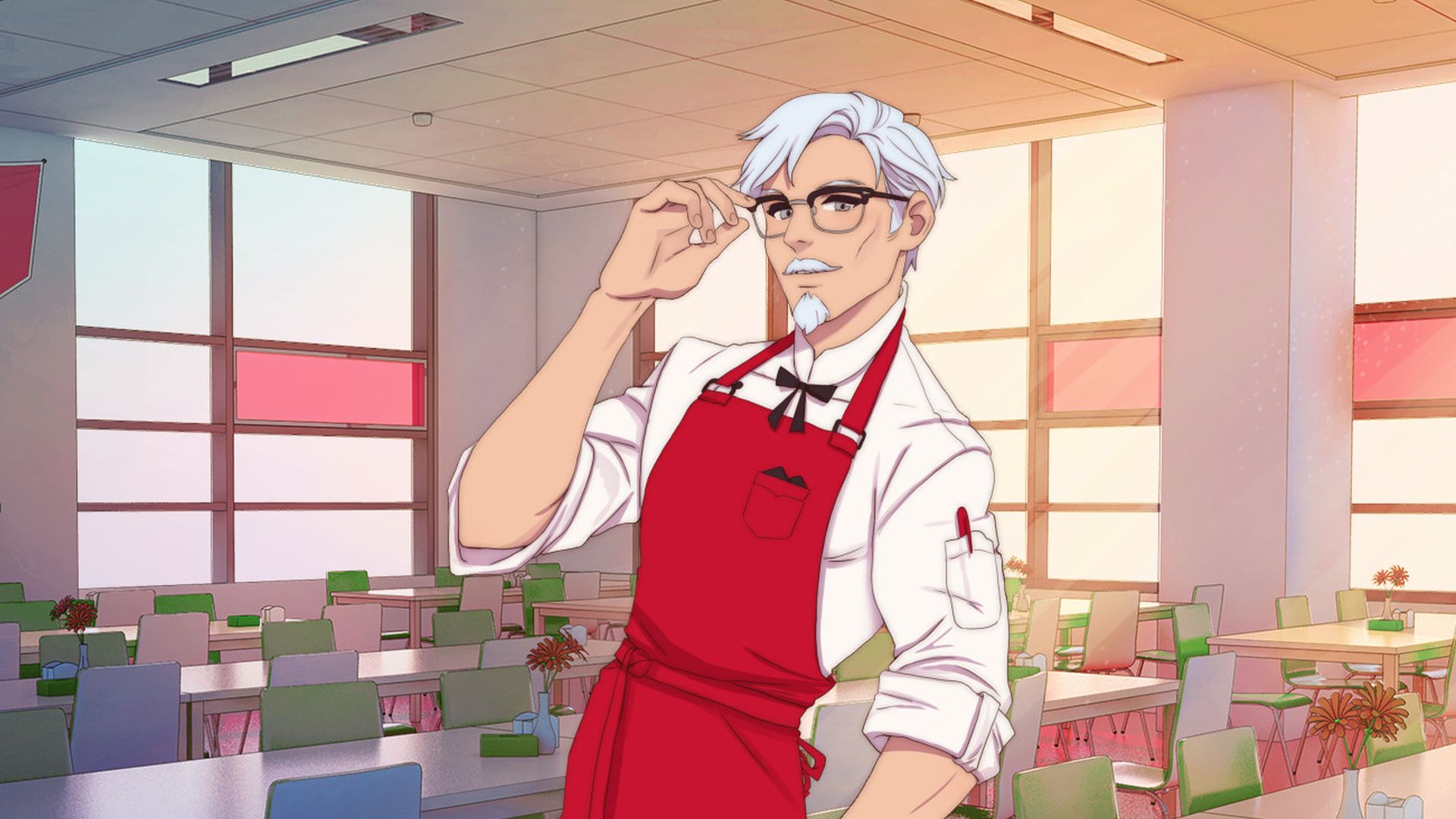 KFC are Releasing a Dating Sim

KFC have been working with developers Psyop to create a dating sim.

Yes, a dating simulator, titled ‘I Love You, Colonel Sanders’ which stars you, a culinary student, whose mission is to date Colonel Sanders. There’s also a cast of characters (one of which is a rival) and “cooking battles”, which makes it sound like more than just a half-baked promotional game.

KFC have had a history of video games, with Sanders making an appearance in WWE 2k18, as well as utilizing VR to create a virtual escape room game.

I Love You, Colonel Sanders will be free on Steam September 24th.