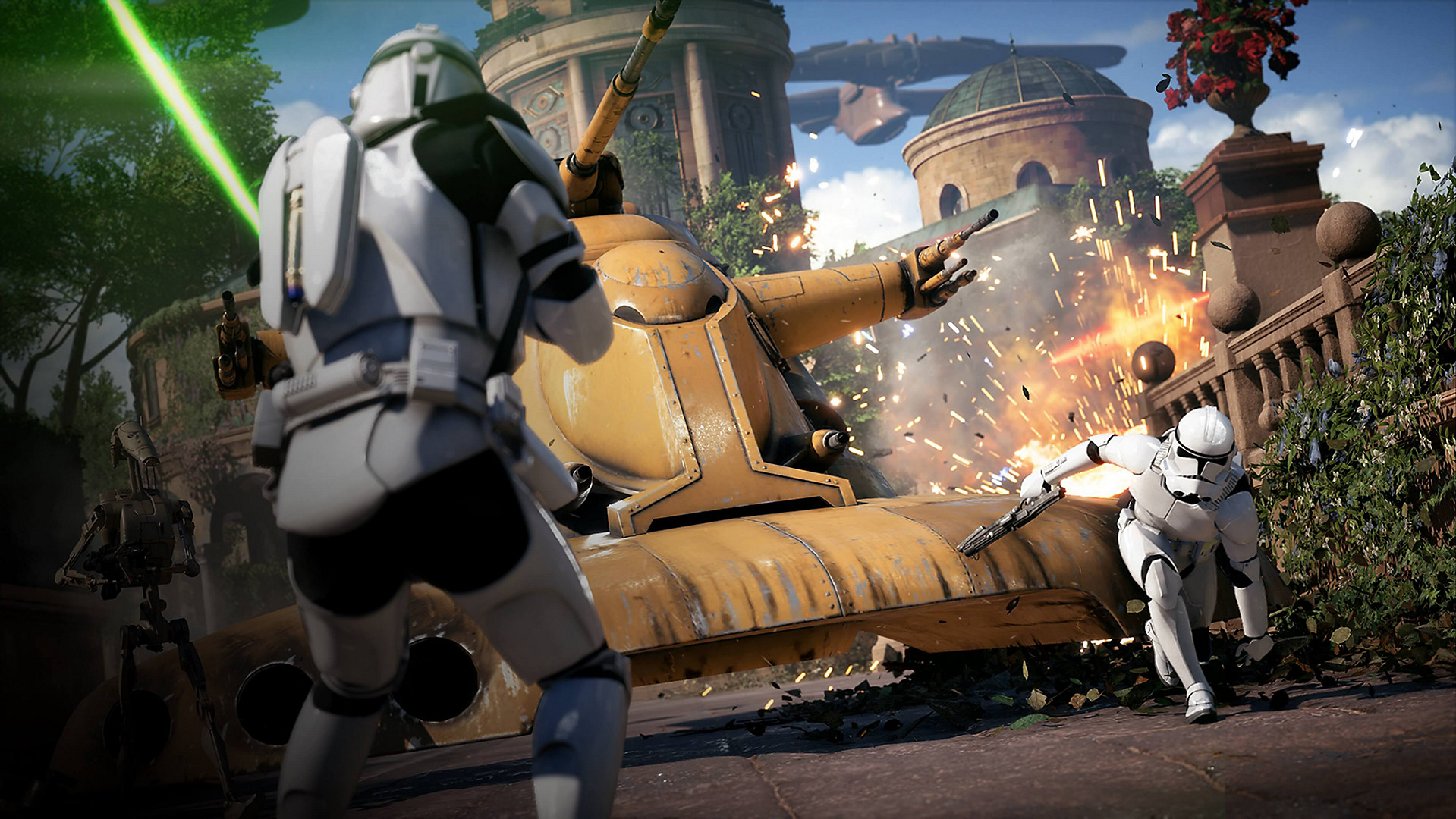 Hey Everyone! The Han Solo Season is coming as would be expected with the movie about the dashing hero close behind as well. The Battlefront will put you back into Jabba’s Palace with Blast, Hero Showdown, and Heroes vs. Villains. The new mode, Hero Showdown, is a new round-based elimination mode being introduce with the Han Solo Season. You’ll take two of your favorite heroes into a two-on-two fight to the death. Solo and Chewbacca sound like you’re team? What about Darth Vader and Captain Phasma? Pick whoever you like! A new Starfighter Custom Arcade mode is also smacking you right in the face with some fun in the stars. I think it’ll be pretty nice to shoot a bunch of bots after getting my ass killed so many times in Multiplayer! More details will be available in June after the movie, so stay tuned everyone. May the force be with you.