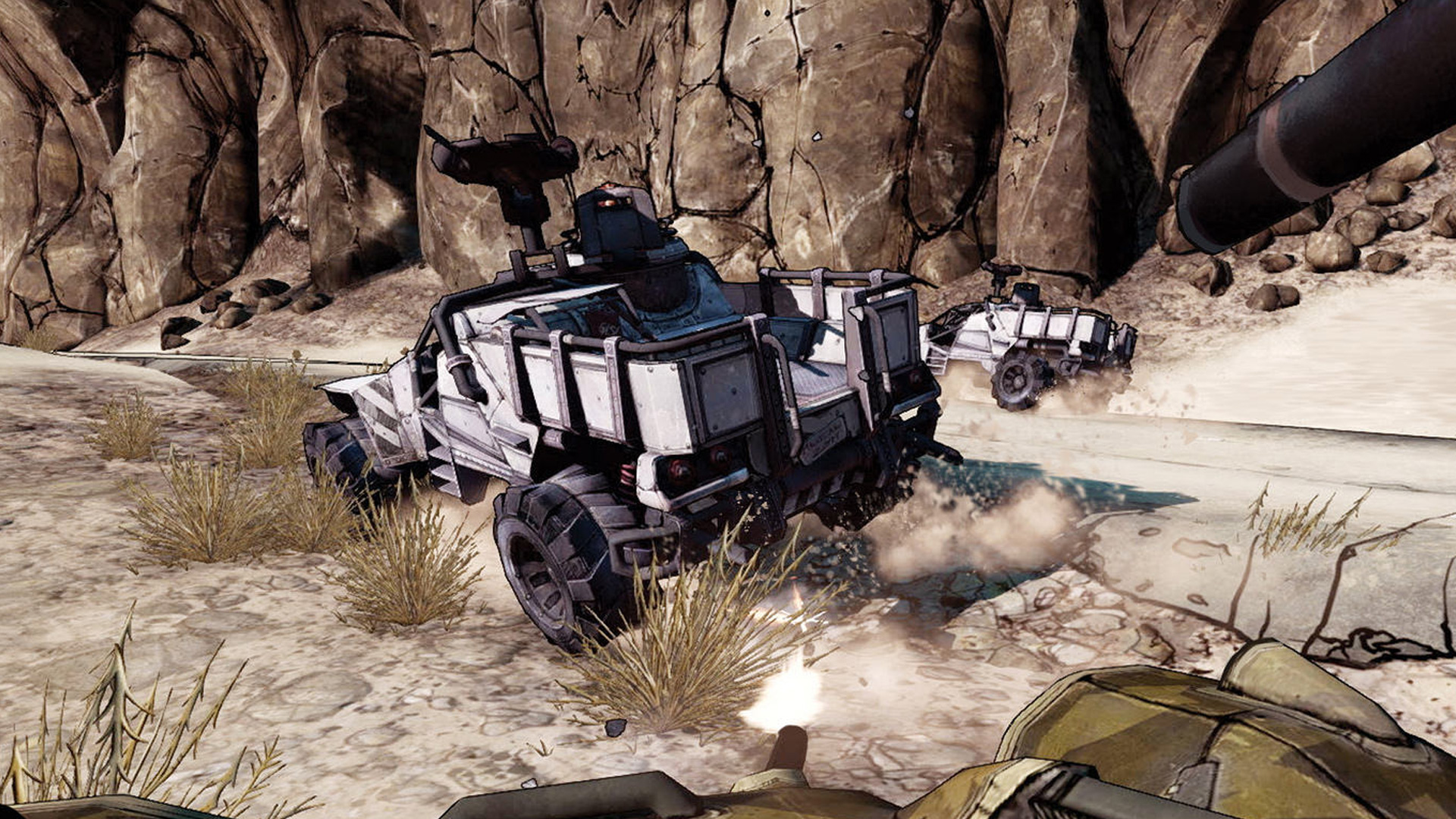 vr version of pandora could be heading to pc

A recent leak from the ESRB indicates PS4-exclusive Borderlands 2 VR is coming to PC.

The looter-shooter VR adaption was released in December of last year for the PS4 as an exclusive. Now, a leak suggests that the game was a timed exclusive, and is making its way to PC. The game’s description page on the ESRB website, which has since been taken down, was captured by frequent leak reposter Wario64:

Borderlands 2 VR was announced last year, coupled with a live action trailer that is probably intended to give fans a glimpse of the upcoming Borderlands movie. The game itself promised all the looting and shooting of Gearbox’s critically acclaimed title but with the addition of being all up in your face.

The franchises’s third instalment is inbound this September, and looks to continue the story of Lilith and the Crimson Raiders, with some new faces and of course, old ones too. Instead of taking place on a single planet this time however, vault hunters will be fighting the good fight over multiple planets, making for a vault hunt of epic proportions.

Speaking of Epic, Borderlands 2 VR may be 2K’s exception to their newfound hobby of cosying up with the Epic Store, given how big a part Valve play in the PC VR community, with the HTC Vive being somewhat dependent on SteamVR and of course the Valve Index. We could also see the game coming to Oculus systems, as well as Microsoft’s Windows mixed Reality.

Borderlands 2 VR is yet to be officially announced on PC, but you can pick it up on PS4 right now.