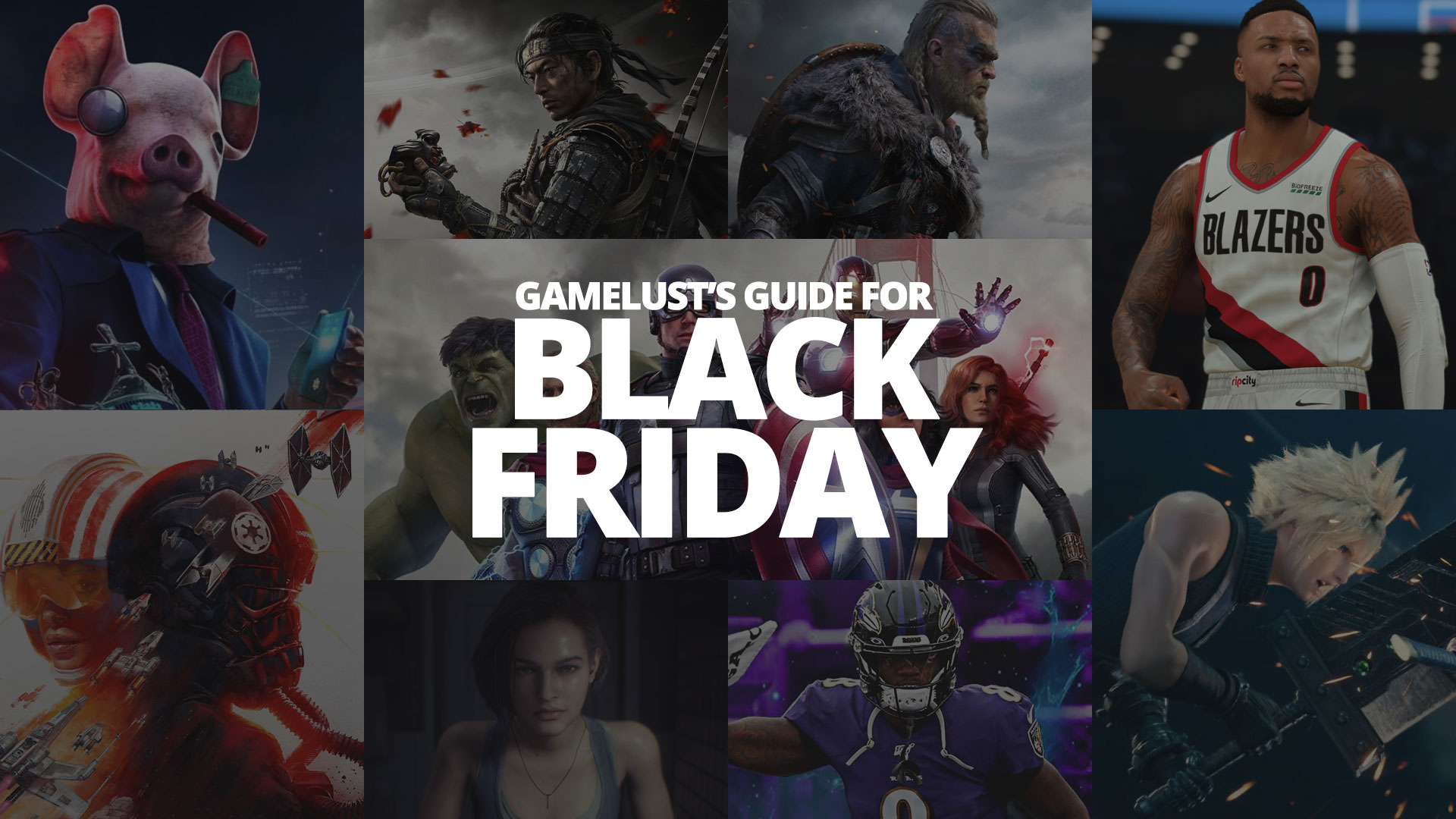 Time to break out and empty the wallet.

It’s so close you can almost taste the turkey. That’s right, BLACK FRIDAY IS ALMOST HERE. It’s time to get stuffed(get your mind out of the gutter) and then promptly empty your wallets for toys & games we neither need nor have time to play.

Don’t worry, it’s ok. We know you’ve got money to burn and thanks to this pandemic the backlog is dwindling down faster than a box of cupcakes at the fat farm. While you were out masking it up and giving the covids the ole middle finger we nerdy nerds were hunkered down avoiding the sunlight and charting all the goodies that will be on sale this Friday. If you’re nice, we might even share this chart with you… oh, who are we kidding that’s the only reason you came here.

This is the link you came here for. A nice big spreadsheet with all the announced sale prices from stores like Target, Walmart, Best Buy, Game Stop, and even Meijer. If you want more games but are too cheap to pay full price… this is for you.

Now, if spreadsheets make your head hurt, we’ve picked out a few of the deals most likely to interest a few of you, dozens even. Here are some of the best deals available for Black Friday.

Assassin’s Creed Valhalla takes the series back to a time when England wasn’t off conquering the world but was but a humble land full of monks and cake-burning kings. Naturally, the Nordic vikings saw this as a prime opportunity to raid the country.

If you want to live out your fantasy of being a viking and slaying everything in your path you can do so with a cool $12 off.

The Legend of Zelda: Link’s Awakening

Link’s Awakening might not be the best Legend of Zelda game on Switch, but it does come pretty damn close. The game is a complete remake of the 1993 original and it looks beautiful.

If you fancy another trip to Koholint Island, Walmart is offering the game for $30, which is a steal for a Nintendo title.

Watch Dogs Legion is a nihilistic take on a post-Brexit Britain which allows you to recruit anyone in the British capital.

The game was received by fans and critics with warm reviews and was one of the bigger launches this year. Walmart is offering the game for $30, which is over half the price slashed. Pretty good, no?

The Last of Us 2 is the sequel to Naughty Dogs’s hit post-apocalyptic game, which ties up the next part of the story. Despite only launching this June, the game is just $30 on Black Friday.

We featured Borderlands 3 in last year’s deal article which had a low price of $27.99 but this year Game Stop and Best Buy have brought the price down to just $9.99 for the standard edition.

The game was released last year to much praise, being the first mainline Borderlands game in 7 years. The game took us away from Pandora and into the stars where we met a whole new cast of characters. This deal doesn’t include the DLC, but you can pick up the season pass at a later date if you want more Borderlands.

Years of waiting for a remaster of the hit instalment of Final Fantasy and the game is finally available on PS4 and just like Link’s Awakening, it is a complete remake of the original which is highly regarded as one of the best games of all time.

You can pick the game up at Target for just $25 this month.

This year, alongside Borderlands and XCOM, 2K released the Bioshock trilogy on the Nintendo Switch for the reasonable price of $49.99 for the whole collection.

If you’re a sucker for deals you can pick up the trio of games for just $15 at Walmart as part of Black Friday this year which is a perfect price if you’re itching to visit the Rapture and Colombia on the go at a stable 30 FPS.

Be honest, it was your childhood dream to be an X-Wing pilot. Well now you can in Star Wars Squadrons, which follows on from a Fallen Order, which saw a return to the glory days of EA. In the game, you can pilot your own ships, including the iconic TIE fighters and X-Wings (as well as plenty of other ships) all in VR too!

The game can be bought for just $17 at Game Stop.

This year Burnout Paradise Remastered made its way to the Nintendo Switch for an eye-watering $49.99. Thankfully, Best Buy are offering the physical copy for a more affordable $19.99.

The game is famous for being a black sheep in the Burnout franchise that focused on Paradise City, featuring a stellar soundtrack that naturally included the famous Guns N’ Roses song.

Burnout Paradise Remastered features better visuals, and all the DLC packs that were released for the game, which originally released in 2008.

Death Stranding was undeniably one of 2019’s strangest releases; originally announced three years prior, the game is best known for being developed by legendary game designer (and his team) Hideo Kojima, who had previously worked with Konami on the Metal Gear Solid franchise.

The game’s plot was kept under wraps all the way up to its release with teaser trailers only adding to the confusion surrounding the game. It features a star studded cast, including Walking Dead star Norman Reedus and Mads Milkkelsen.

The game is available for just $19.99 at Game Stop and Best Buy this Black Friday.

Destroy All Humans was a cult classic when it first released in 2005 and earlier these year, fans were given the treat of having the game on modern platforms.

While the $30 price tag isn’t too steep, it’s undeniable that $15 off is better, which is the case at Walmart where the game is part of the Black Friday deals.

FIFA is a staple amongst football fans with its gacha-style Ultimate Team mode being an addictive hobby for a lot of people.

FIFA 21 is pretty steep in price (having just released) by itself so why not pick it up at a more reasonable $26.99 at Game Stop?

If you play video games, chances are you know what Minecraft is. This blocky indie game took the world by storm in 2009, promising creativity and the freedom to build whatever you want.

11 Years on, and the game is now a multi-billion Microsoft franchise that is considered one of the best games of all time, having hundreds of millions of fans and a lot of people accepted that the game doesn’t need a sequel.

This year however, Mojang (the studio behind the game) released Minecraft Dungeons, a Diablo-like spin off dungeon crawler that hasn’t found the same popularity as its cousin, but has gathered an active fanbase and a dedicated community. The game, with all its DLC, is being offered at Target for $14.99.

Crash Bandicoot is back, receiving its first mainline entry since 1998 and despite releasing just months ago, you can pick it up at Walmart for just $30.

DOOM’s reboot in 2016 was so successful it spawned a sequel in the form of DOOM Eternal, which brings co-op to the franchise for the first time in its 27-year history.

Game Stop and Best Buy are offering the game for a cool $19.99 this Black Friday. 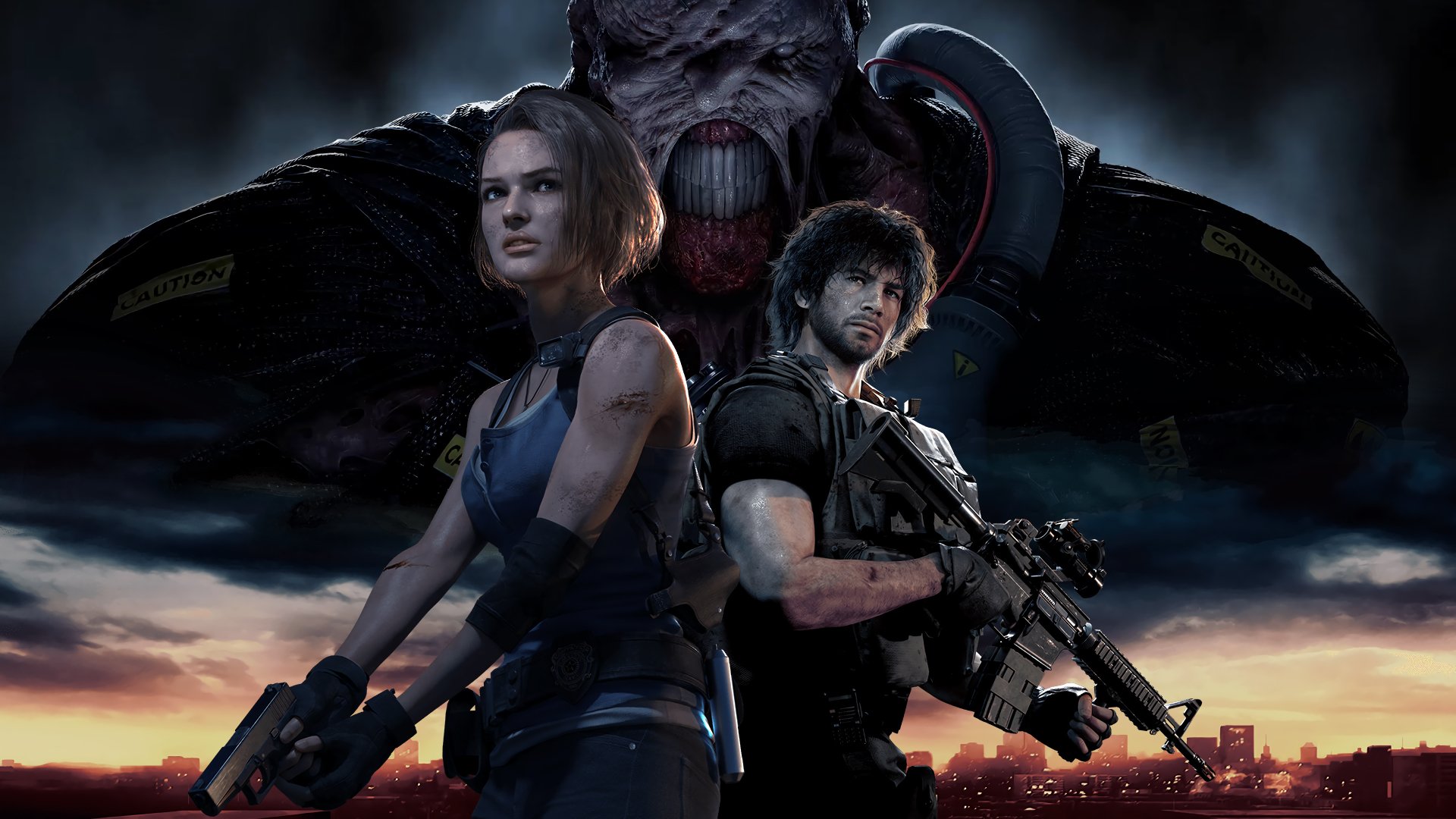 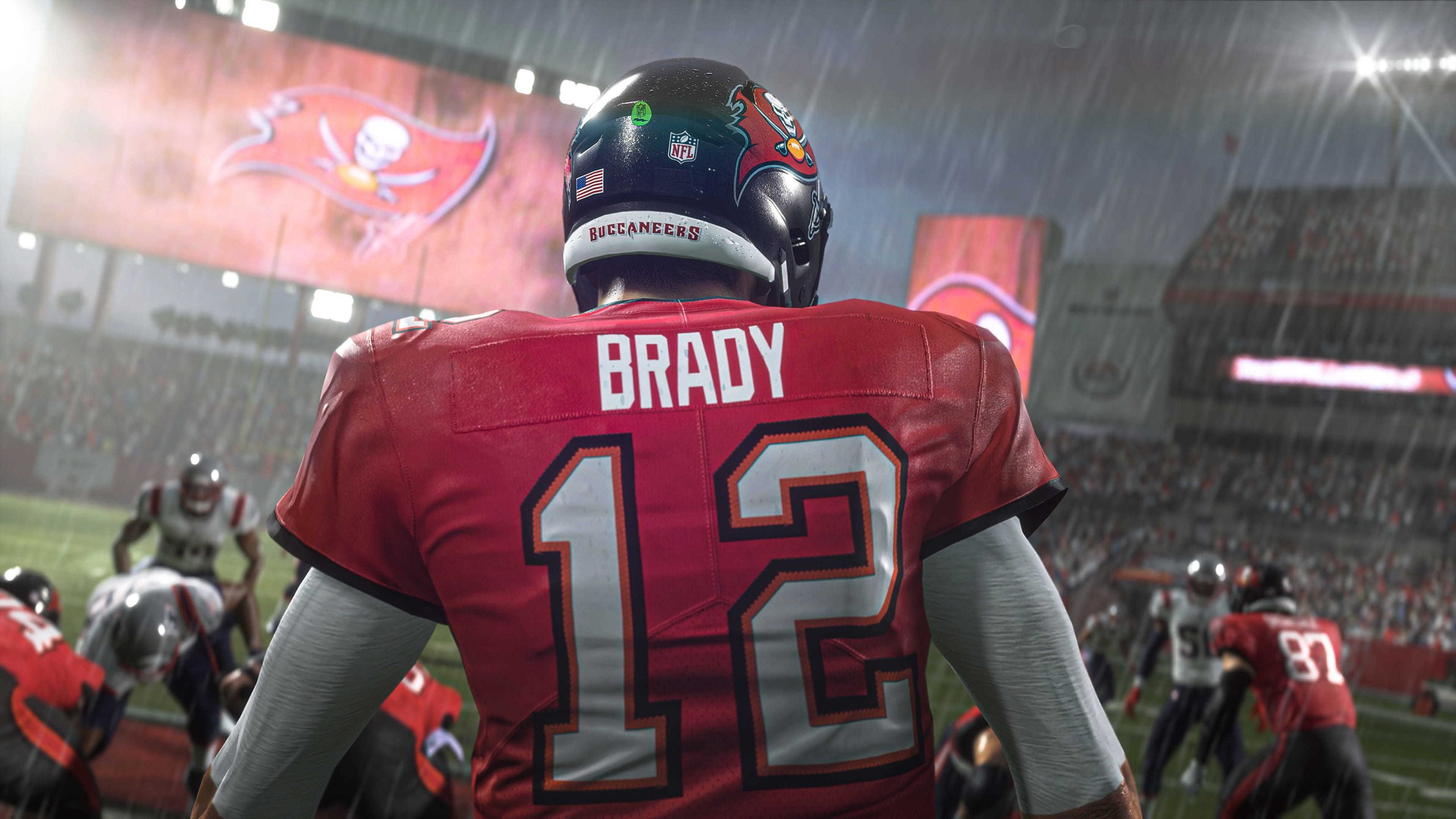 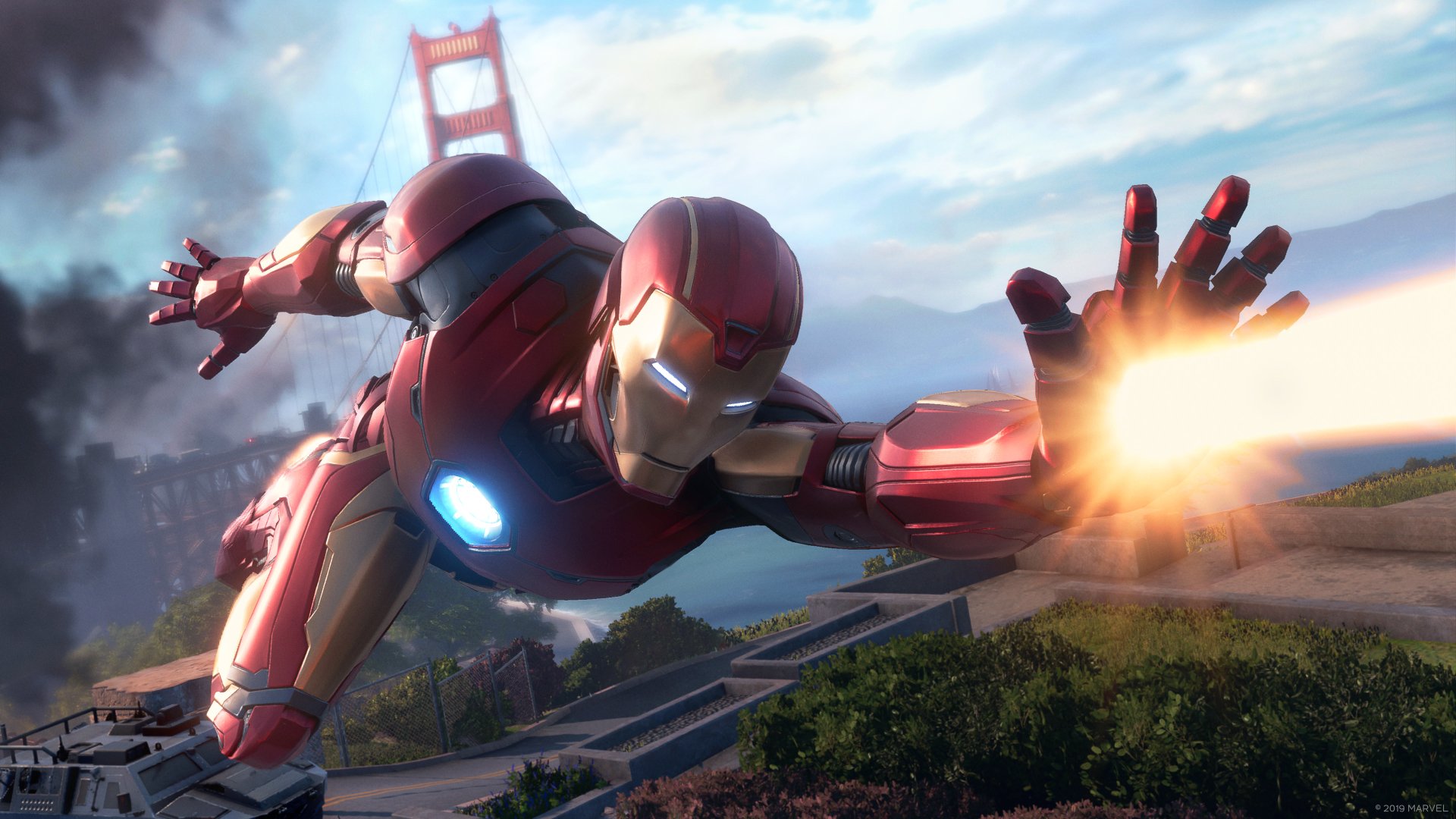