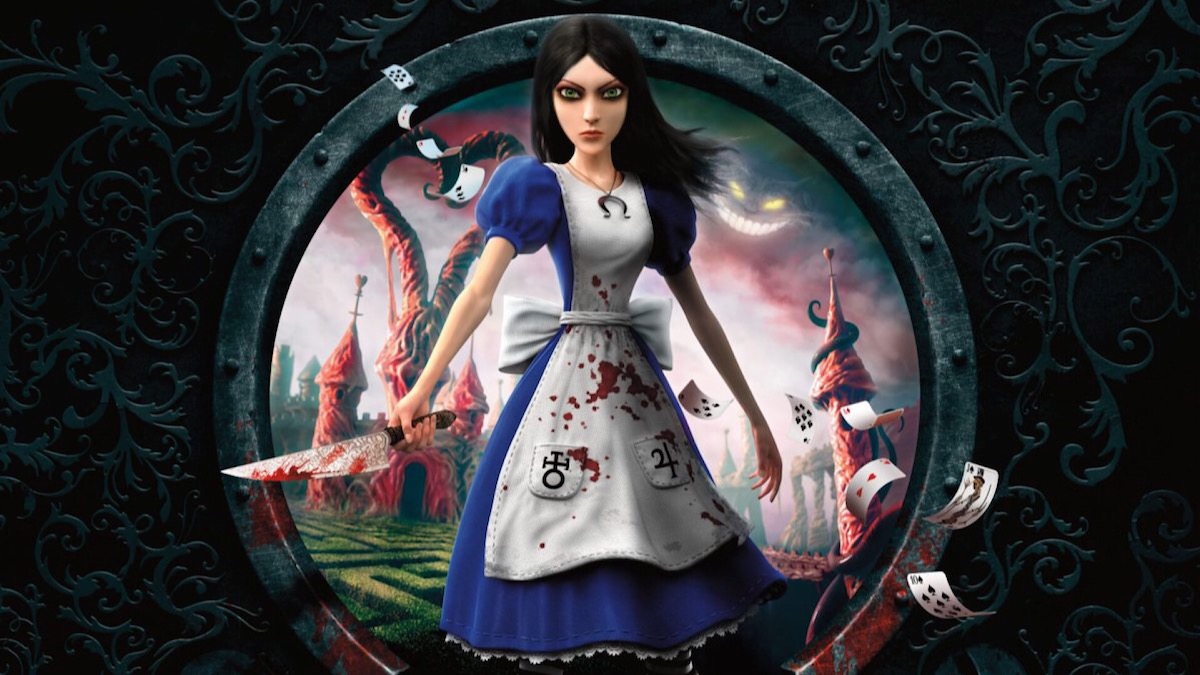 American McGee Is Not Done with the Alice Series Just Yet

American McGee is a name that has floated around the games industry for decades. He may not sound familiar to many, but you will recognize some of the games he has worked on in the past. The name Doom might ring a bell or two. But for the last 20 years or so, McGee has been working on many other games and some of my all-time favorites. And the best thing is, he isn’t done yet.

Back in the day, I played a game called American McGee’s Alice. It was not an overly well-known title but became a bit of a cult classic. Thankfully, it did well enough to garner a sequel over 10 years later called Alice Madness Returns. Both games were a ton of fun, exceedingly violent, and insanely dark.

Even if you never heard of this series before, you probably know more about it than you realize. You play as a girl named Alice from Alice in Wonderland fame. But beware, this is not a fun Disney romp. You won’t be finding this world in the next Kingdom Hearts game.

If you know the story outside of Disney, then you will already know that the world is a lot darker than even Tim Burton could bring to life. Well, McGee took that and multiplied it by about 1,000, and now we have a game.

As you have probably already guessed, Alice is completely insane. I don’t want to give any kind of spoilers away, but she has gone mad as a hatter because of a fire that she lived through when she was young and has spent some time in an asylum as a result.

Considering the last game was released in 2011, it would seem reasonable to believe that the series was over at two games. Well, that may not be the case. American McGee is currently working on a third game, at this point, called Alice Asylum.

This game would be a prequel to the previous two games, focusing on her time in the asylum. At this point that is really all that is known. There has been some concept art released but no gameplay of any kind.

That all sounds like good news if you were fans of those games. Now, here comes the bad news. EA published both of the previous titles, ergo, they still own the IP. There is no chance American McGee could ever afford to purchase the rights. But there is another option according to the Patreon page set up for the game. “My goal is to build a production/design plan, have that plan approved by EA, and then raise funding to develop a new game.”

There is a chance this idea could work. EA is notoriously difficult to work with, we all know this, but I can see a small chance for this working out. First of all, as I mentioned, there is already a Patreon set up. If there are enough people who make pledges on there, that would mean that there would be a decent demand for the game. And there will always be more people willing to buy a game than participate in crowdfunding.

The next thing is that he plans to raise funds even after the approval from EA, making it sound like this would cost EA nothing to actually make. They would just stamp their name on at the end and reap the profits from the sales. If that is indeed the case, it would all be free money to them. Even if it didn’t make as much money as they are accustomed to, it would still be pure profit.

Of course, all of that doesn’t actually mean anything. EA can still turn it down and then the project is dead in the water. Unfortunately, the future of this game is at the mercy of EA and EA alone. That could be a problem for McGee going forward. If crowdfunding is not supplying enough money, then the game may not live up to EA’s high standards. They still have a reputation to protect. They will never put their name on it if they know full well the game will tank.

So at this point, there is a lot up in the air. No one can say for sure if this game will ever actually happen despite having over 3,000 Patrons at the time of writing. Hopefully, enough people will want another game in the series and EA will allow it to be made. And if not, we’ll always have Wonderland.