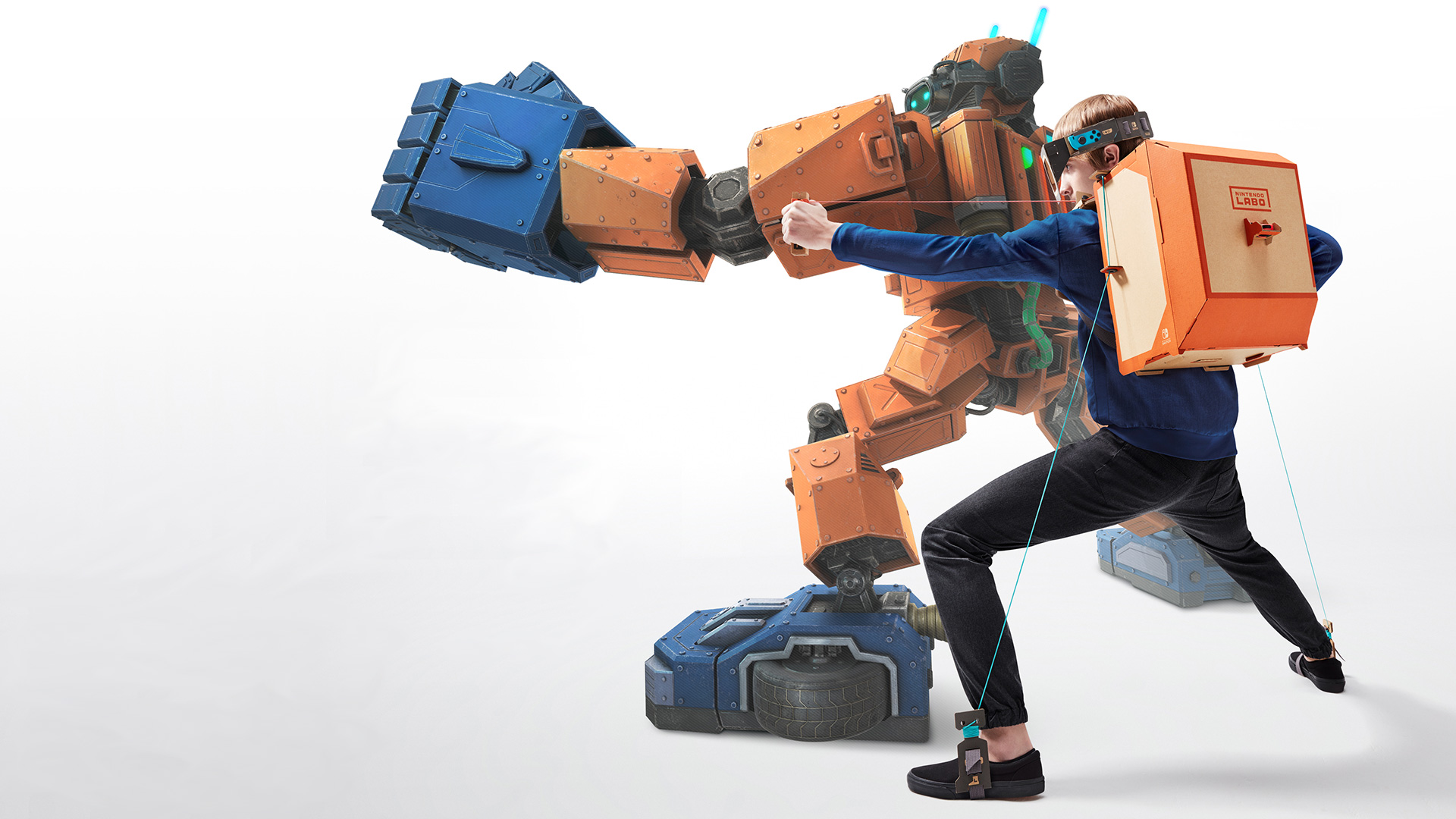 Nintendo Labo… What is it?

Let's talk about how Nintendo is thinking outside the box.

No one takes more risks than Nintendo. Sony, Microsoft and, once upon a time, Sega have always focused primarily on refining the video game industry. Then there’s Nintendo. Always content to forge their own path. Taking risks that many often laugh at before realizing how brilliant the ideas are. The latest example of Nintendo bucking the trend is the Nintendo Labo.

When I first saw the trailer for the Nintendo Labo my immediate impression was to dismiss this new idea. It looks stupid. Playing with cardboard boxes? How can that be fun? But this is Nintendo, and when Nintendo speaks it’s probably best to pay attention. If you have yet to see this device, or need a second look, I suggest you check out the reveal trailer below.

I spent some time discussing this new idea with a couple friends. Last night I had a meeting with Gamelust co-owner Killer1022 to discuss the future of our site. While neither of us are huge Nintendo fans by any stretch of the imagination, the conversation veered off towards the Nintendo Labo any way. We were both somewhat confused by this new product. What in the fuck is it? How does it work. Before the conversation was up we had it figured out. This shit is ‘magic’. Like some literal Harry Potter type shit. Tape some toilet paper rolls together and attach a JoyCon to the ends and you could fly away on a fucking imaginary broom.

But seriously, how in the fuck does it work? I had no clue, so I decided to hit up my good friend Ben Cornett from The Informative Hyrule Herald to get his thoughts since he’s a huge Nintendo fan. Although he isn’t quite sure either, he did have some interesting thoughts ranging from ‘homeless people living in cardboard boxes’ to ‘wanting to work at a pizza place folding pizza boxes’. We both agree that Nintendo is working some kind of ‘magic’ here using the gyroscope and accelerometer inside the JoyCons to track movements, but there seems to be a lot more going on. 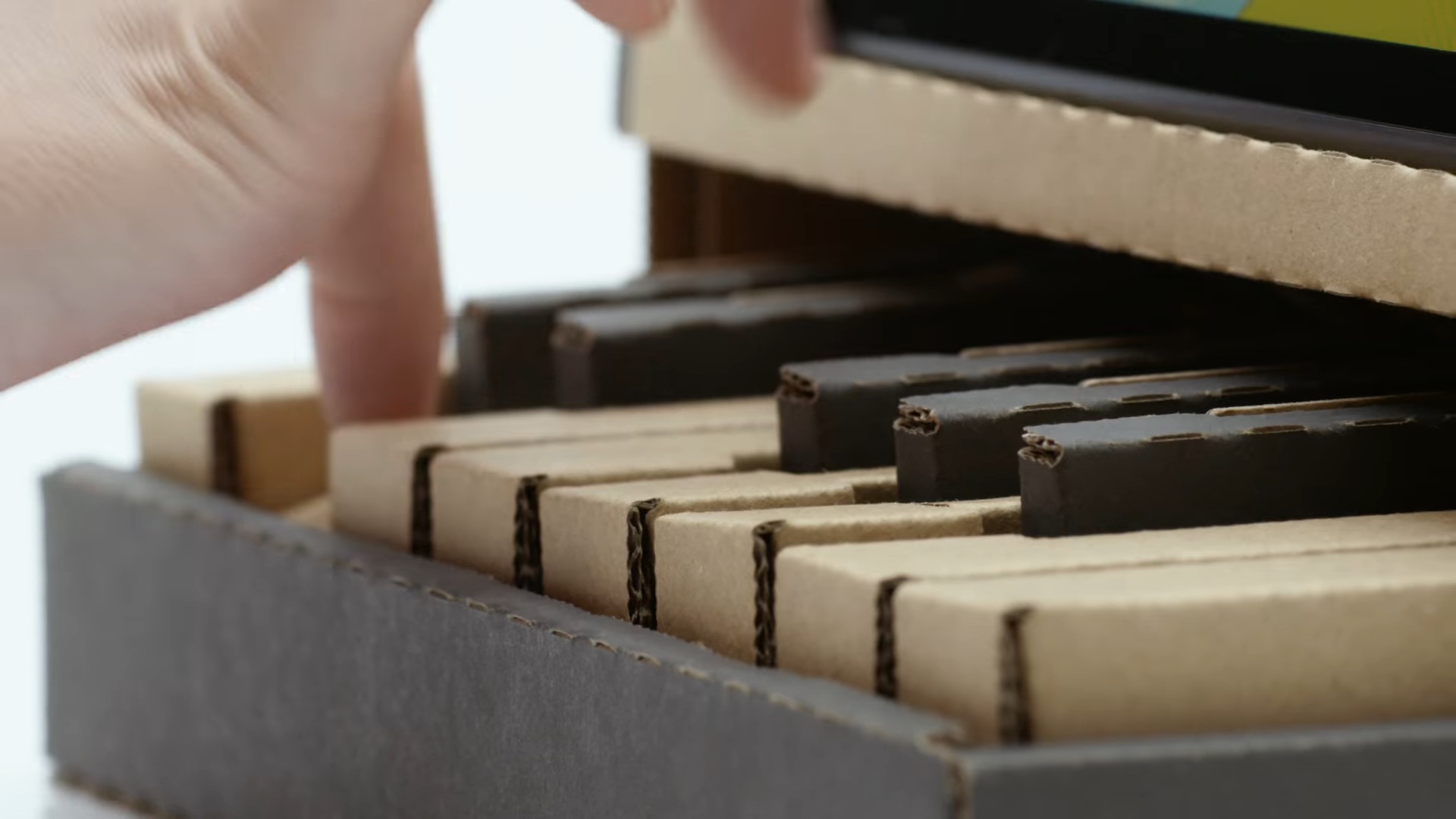 Between the 3 of us we still didn’t really understand how much of this works. How does the piano know that you’ve pressed a key? It’s just a cardboard cut out, so how does the piano work? Well, if you take a look at the bottom of your JoyCon you’ll notice another type of sensor. Nintendo is using this sensor to detect light coming in through the front of the box. Whenever you press a key, the sensor knows which key you’ve pressed and triggers the specific sound.

Nintendo has taken all of the oft overlooked features of the JoyCons and turned them into the backbone of a highly innovative program to spark and inspire the imagination of todays youth. Even the haptic rumble has a function. There is one demonstration that turns your JoyCon Pad/controller adapter into something akin to a radio controlled monster of some sort(use your imagination, it’s a monster with 12 fucking legs). Using the tablet to control this RC monster, the JoyCons use their haptic rumble to make this creation skitter/move back and forth. Nintendo fucking brought a cardboard box to life! 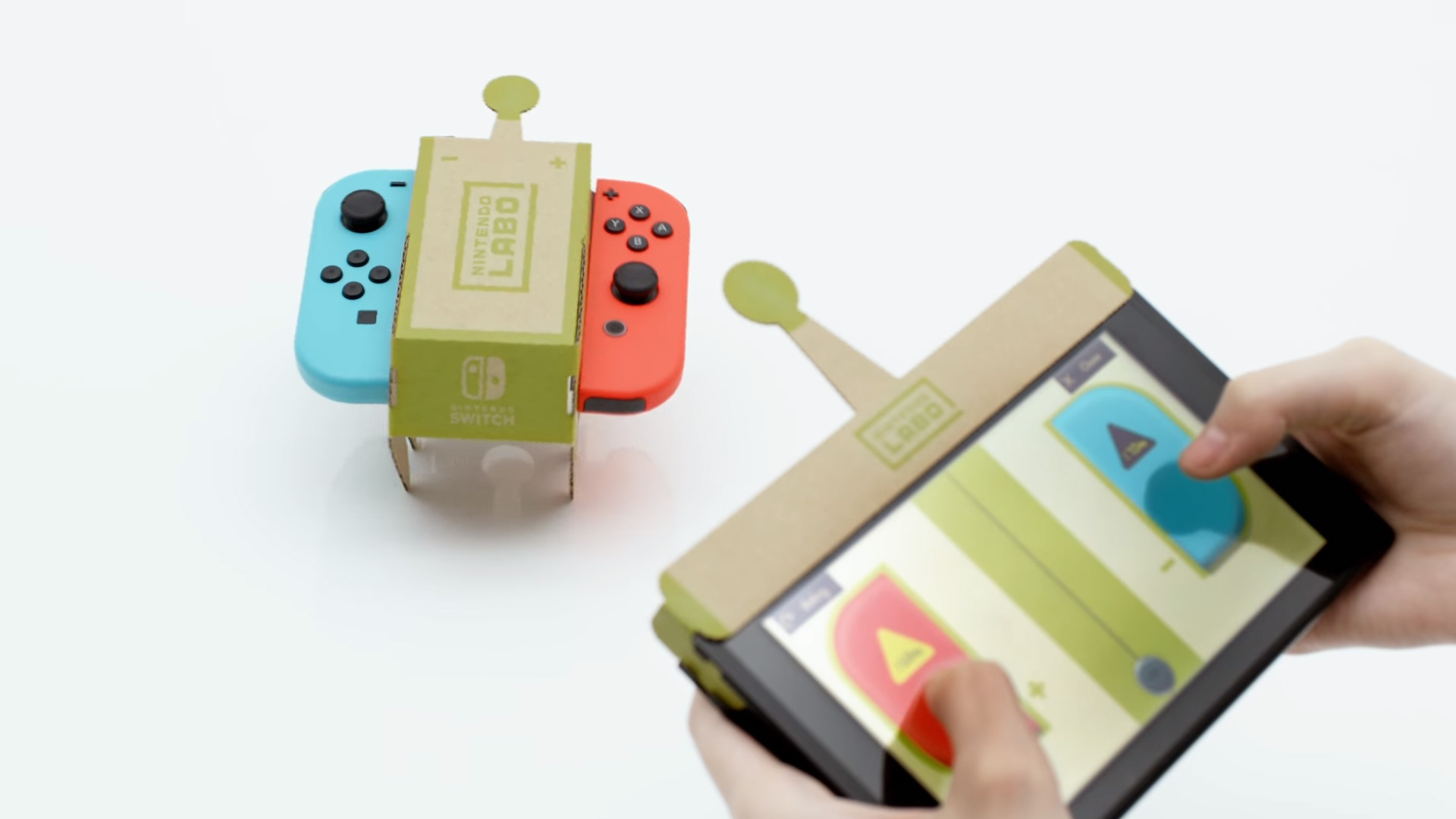 So while on the outside this may look like another dumb idea, a closer look shows how truly brilliant this is. While our adult brains may have trouble comprehending this fact, anyone who has children can see it clear as day. This pizza box folder employee training simulation is yet another way Nintendo will literally print money while simultaneously inspiring the creativity that will drive the next generation of gamers.

In the end Nintendo showed us at least 8 different ways you can use the Labo and a hefty helping of imagination to turn your Nintendo Switch into something more than a video game console. In the trailer we saw.. A bird, a steering wheel with gas pedal, a camera, a pump action shotgun(Duck Hunt anyone?), a kick pedal for a drum set, a classic Atari style joystick, a backpack accessory with wires that you can control a robot with, a piano, a fishing rod, a house, an RC controlled creature and more. The imagination of a child is endless, which means the possibilities for Labo are endless too. While VR aims to put you inside the game, Nintendo is bringing the game into reality. 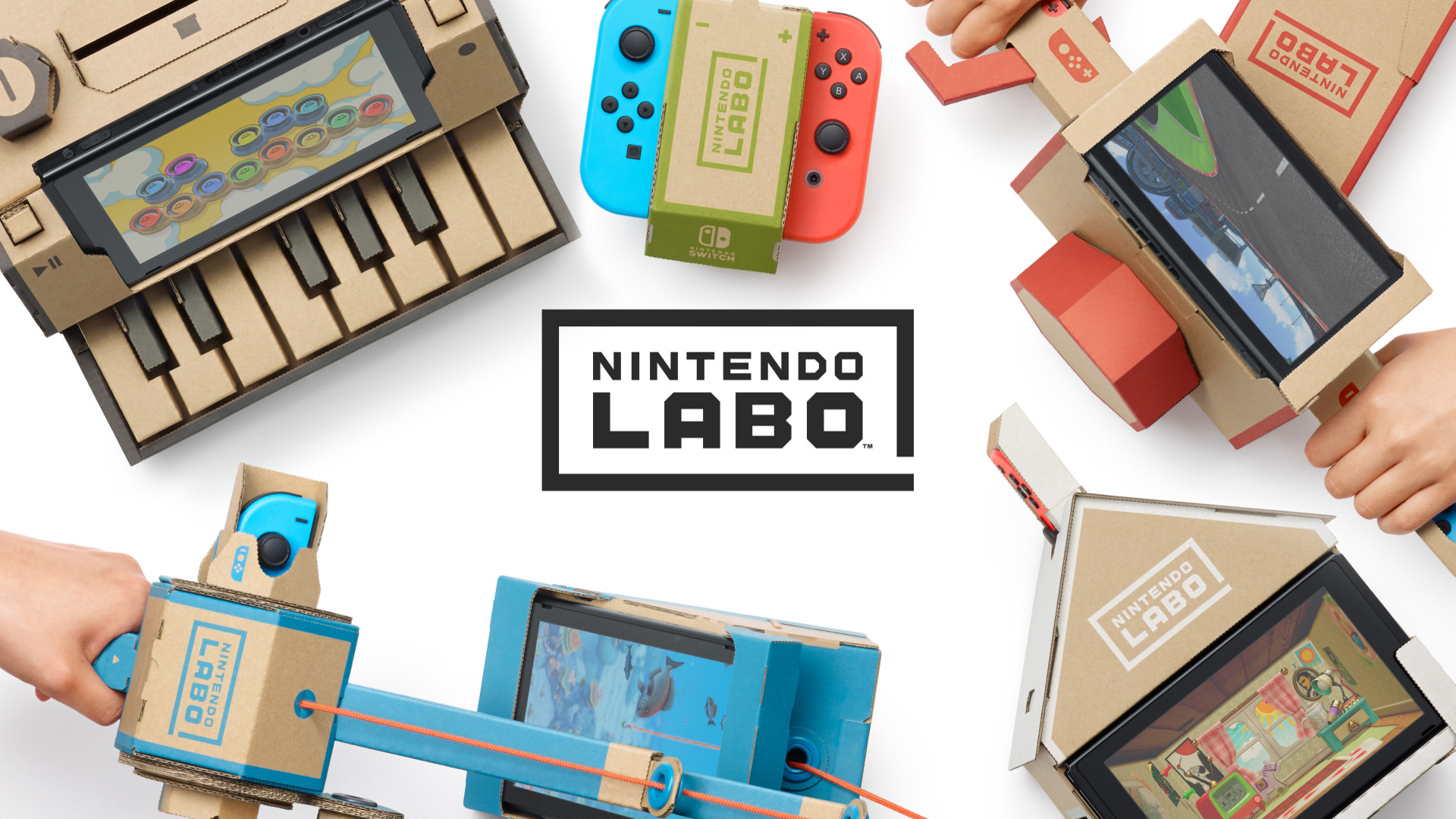 Who would have ever thought that the hottest ‘toy’ of the year would literally be a cardboard box? Not this guy. Kudo’s to Nintendo for having the balls to take this chance. I’m sure children and adults who never grew up are going to love the Nintendo Labo. 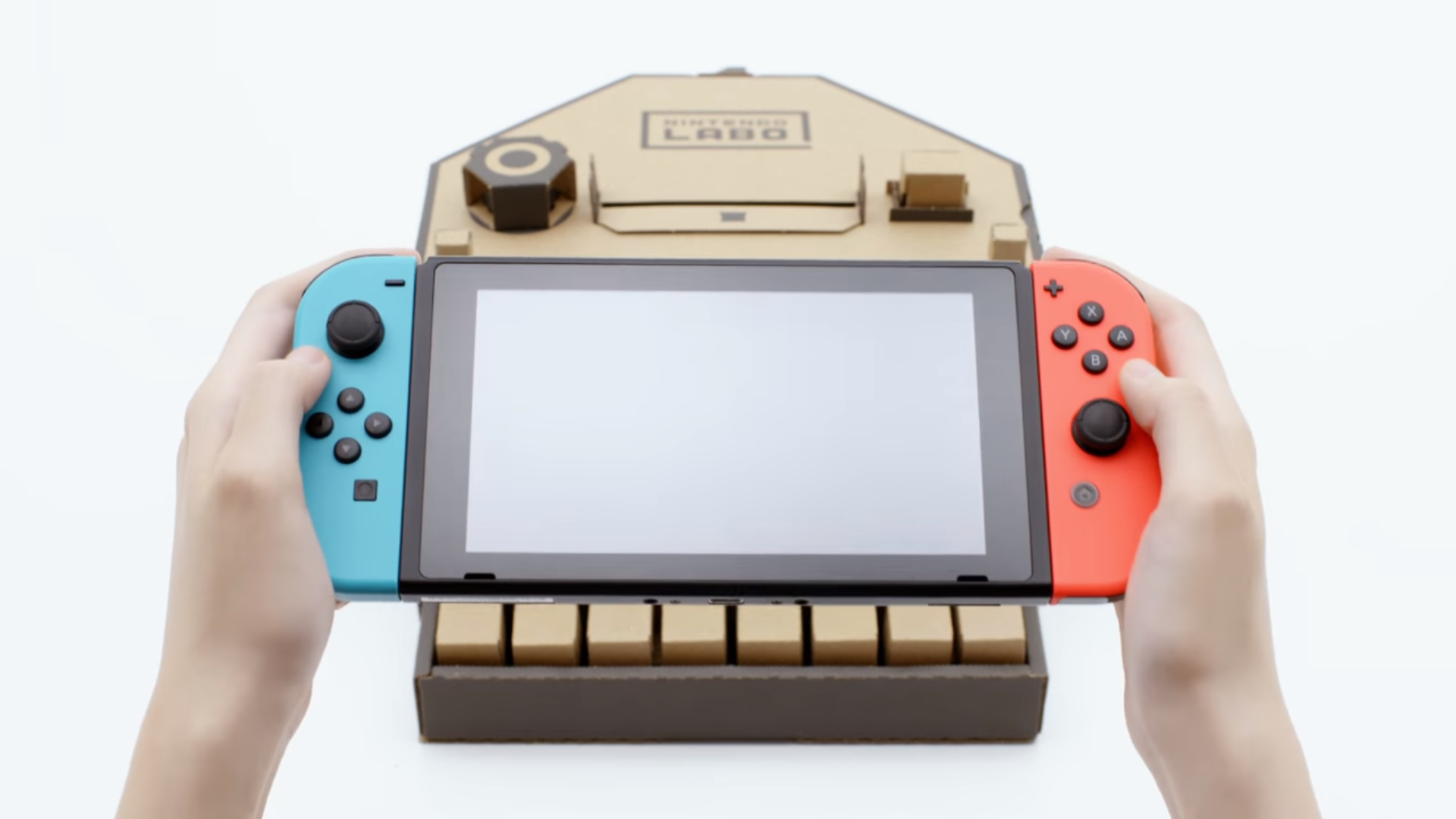 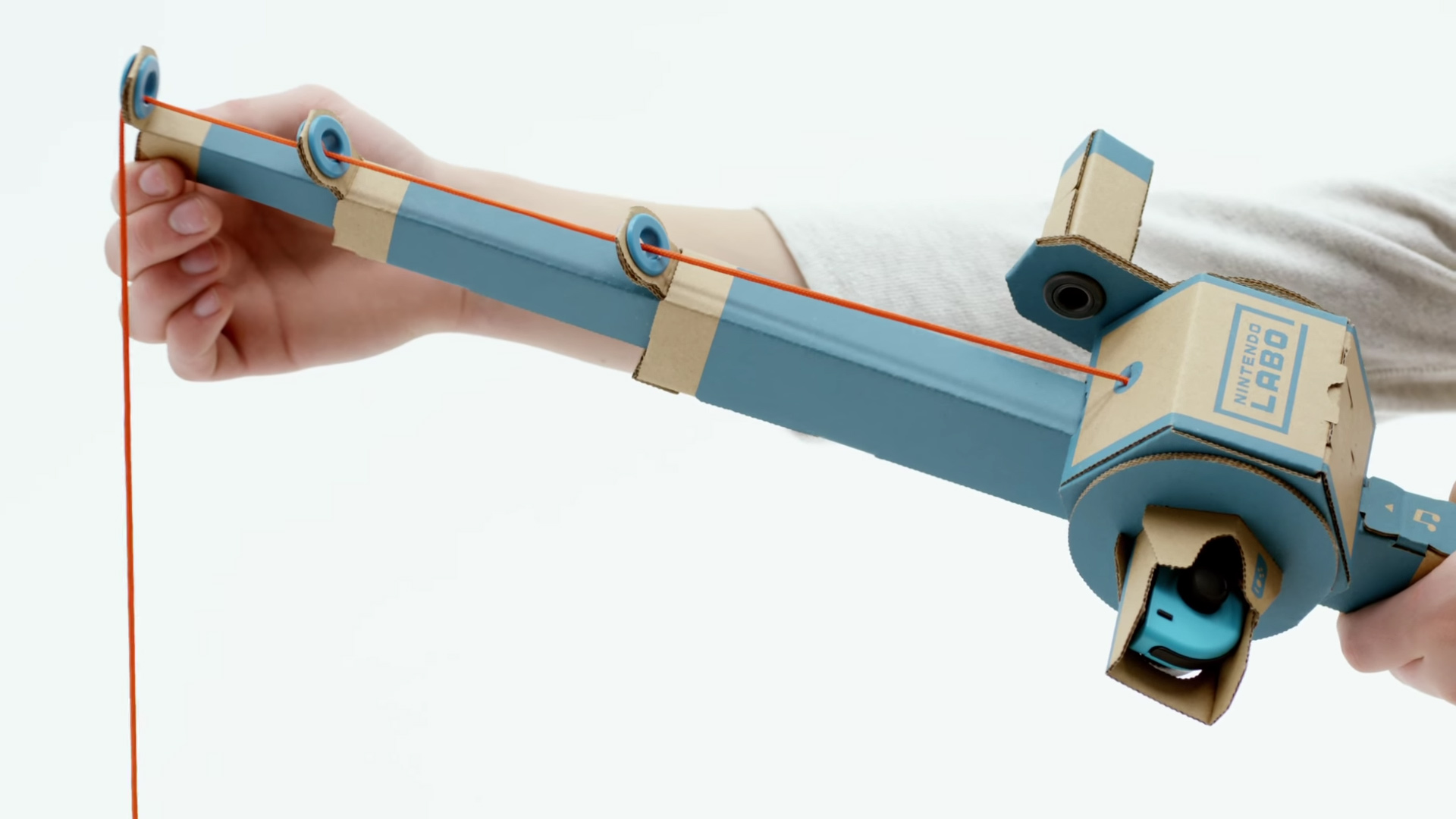 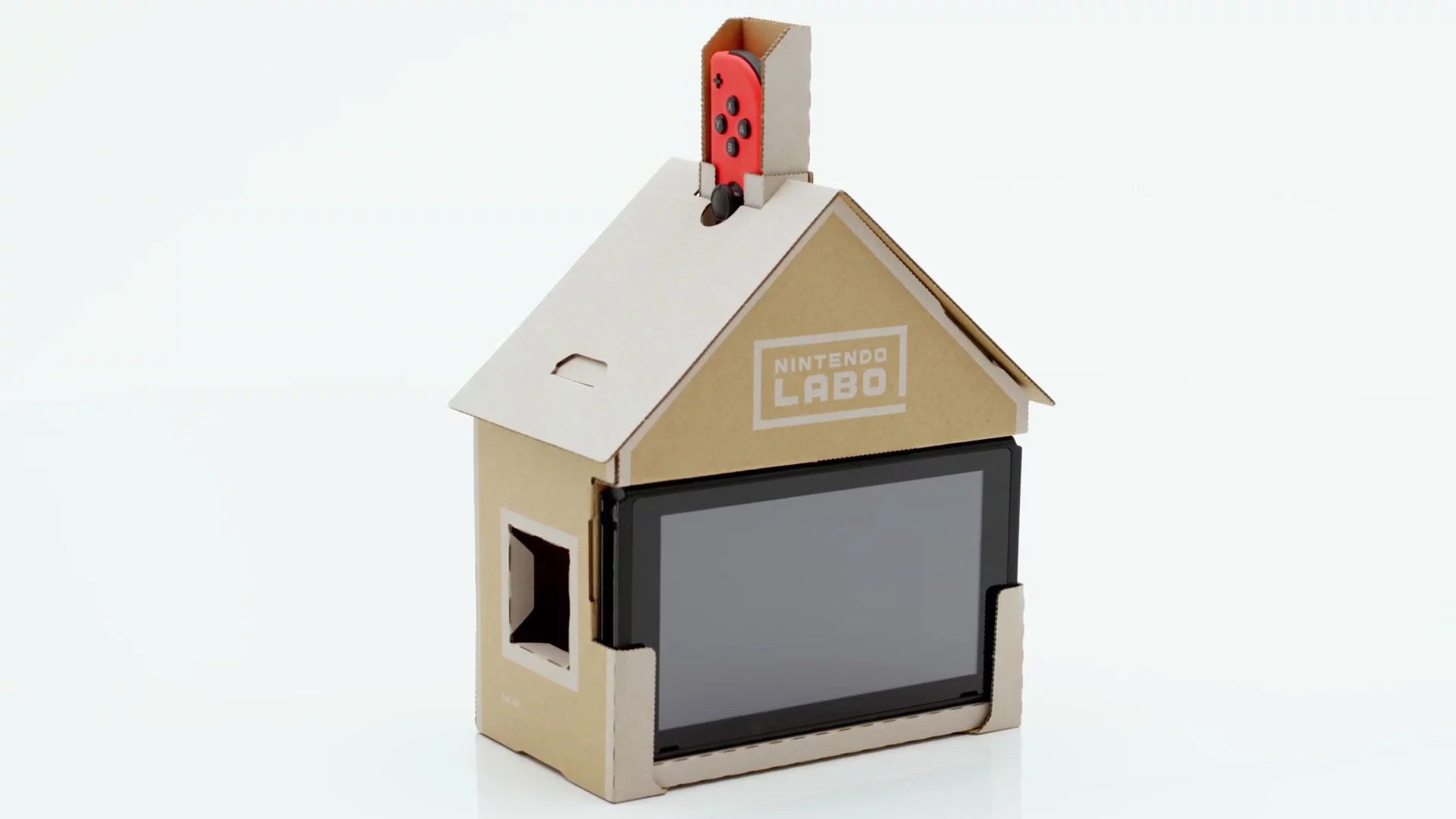