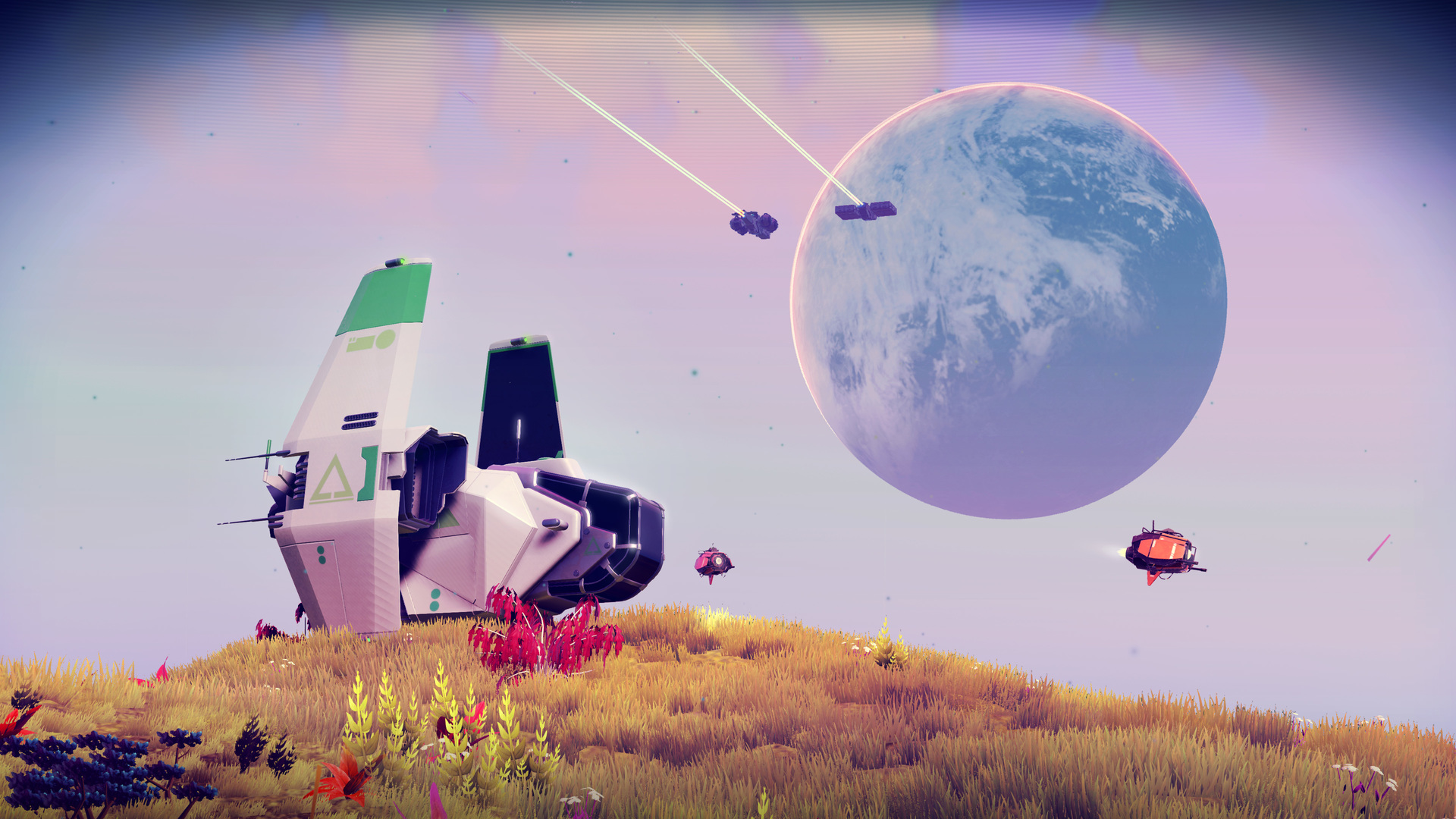 The latest from the no man's sky world

No Man’s Sky has had an explosive week. The upcoming NEXT update has a bunch of interlopers standing guard, waiting for any tidbits of info Papa Sean feeds them; to help you make sense of it all, I’ve compiled five stories from the last fortnight in the No Man’s Sky community, arguably one of the most thrilling communities in gaming.

As part of the ongoing ARG, NMS Discord goers had the chance to talk to one of the dreamers sealed inside W/ARE’s lab (if you want to understand the ARG, I recommend Cobra’s video on it here). After a number of botched attempts a user who goes by the name of Zoid managed to successfully hold a conversation with a five-year-old named Toby who referred to Zoid as Mr. Dan. The interaction was part of a massive puzzle created by veteran ARG makers Alice and Smith. The ARG explores the lore of No Man’s Sky under the name ‘Waking Titan’ and has been a way for Hello Games to distribute sneak peeks at the upcoming NEXT update without drawing too much attention.

Deliberate or not, Sean Murray is back on Twitter, tweeting all sorts of weird and wonderful things including what can be interpreted as a jibe towards Waking Titan:

I’m reading these, and you guys, YOU GUYS these are really sweet. It’s almost like there’s a bunch of chilled out dreamers playing NMS or something https://t.co/wNMR0mBj9u

He also called out his older brother for bullying:

FAO my older brother. I finally found that planet you said I was adopted from pic.twitter.com/7ociQnHNaS

And in the past 24 hours, he’s tweeted a corrupt SSD (again, this is believed to be a reference to WT):

The No Man’s Sky community was in turmoil after no new footage was shown at Inside Xbox but instead Murray opted to show a WatchMojo-esque list of 11 things you might not have known about No Man’s Sky. Needless to say, fans took to the Discord to rant and were met with cooldowns from admins and dozens of “I told you so”s. Sean did make an appearance however and promised more will be revealed ‘soon’ but to be honest how soon is soon? Fans have been itching for some sort of reveal for quite some time now and Hello Games are yet to deliver. This being said, we’re sure they’re up to something as releasing no PR work when launching on a new platform is not a wise decision regardless of the circumstances.

Lillihop is the owner of NMS Cafe, a community on the site Amino where 400 No Man’s Sky players meet and chat. As well as existing on the web, NMS Cafe has its very own base or at least it did. A streamer by the name of SeriusGamerX (or SGX) destroyed Lillihop’s base by claiming it as his own, destroying the entire structure. He streamed the entire thing and made sexist remarks claiming he “doesn’t like female leaders”.  Soon after the incident the community caught wind of his acts and hammered him for his actions. SGX claims he was acting as his persona and justifies his actions because the game “lets him do destroy bases”. Since the attack, Lillihop has begun to rebuild her base and is re-opening the cafe.

Element 6 is believed to be the final element in Waking Titan. Some speculate solving the puzzle will unlock a major piece of information about NEXT. What followed was an email from the ‘old gods’:

No Man’s Sky – NEXT Trailer