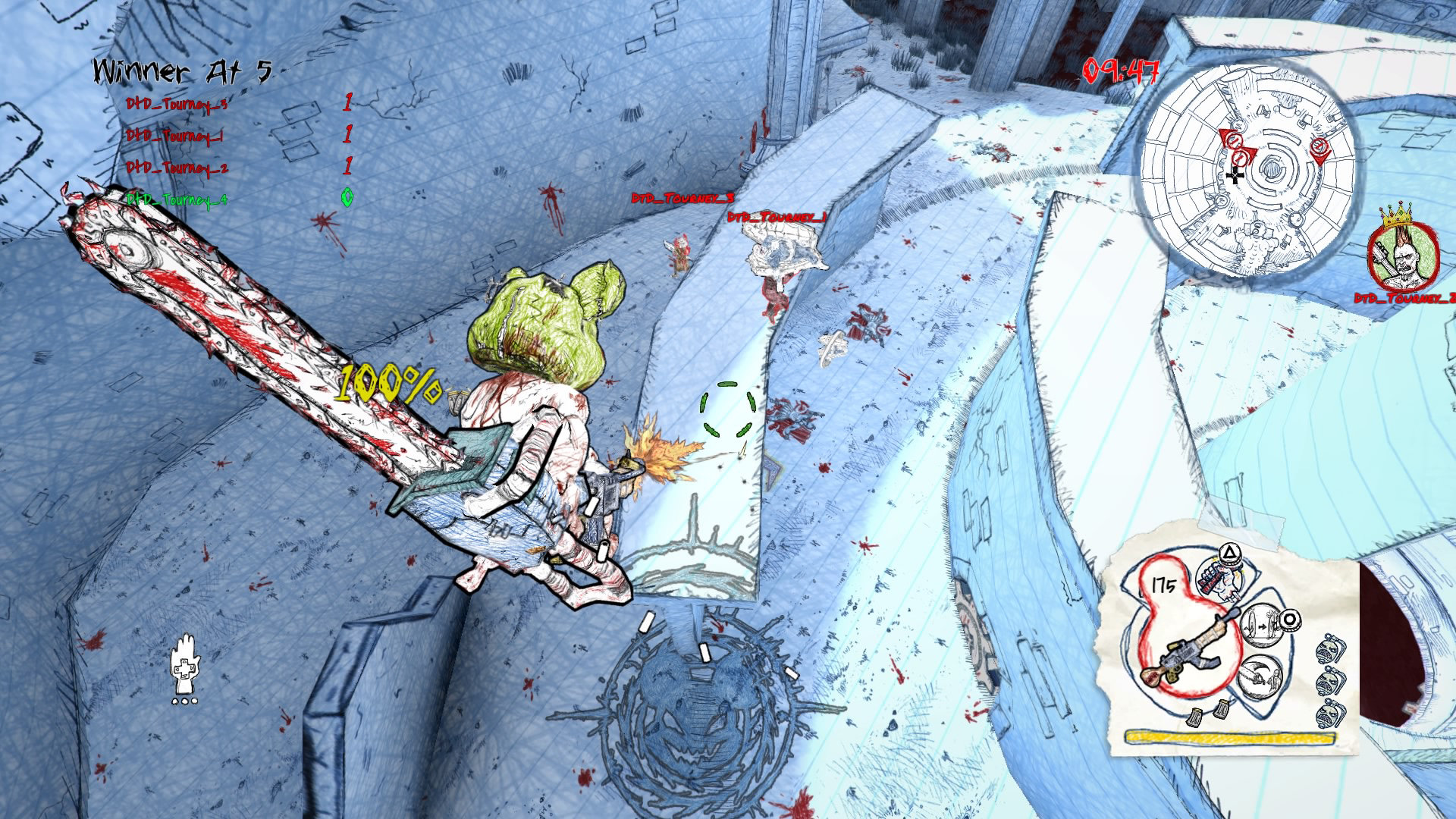 This months offerings, like last months, still a bit underwhelming...

Sony have announced the free games coming to PlayStation Plus members in April 2017 and the results are… well… more of the same.

The highlight of the month is the brand new Drawn to Death from industry legend David Jaffe. Drawn To Death is described as a shooter that “challenges the genre with unconventional gameplay mechanics that bring this third-person shooter/brawler to life. The game takes place entirely inside the pages of a high school kid’s notebook where hand-drawn characters and levels come to life.” You can see this and Lovers in a Dangerous Spacetime in the video reveal below.

If you did not grab the excellent couch co-op title Lovers in a Dangerous Spacetime through Xbox a few months ago, or wish to play with your PlayStation buddies now’s your chance. In this game you “pilot a neon battleship through a colorful galaxy by yourself or with up to three others. Through teamwork, triumph over the evil forces of Anti-Love, rescue kidnapped space-bunnies, and avoid a vacuumy demise.” According to Sony, “you can also play this game online with others through PS4’s Share Play feature.”

Don’t get me wrong, I’m not complaining about free games. These freebies are always a bonus. I’d just like to see Sony put as much effort into PS+ games as Microsoft does with its freebies on Games with Gold. What are your thoughts? Do you want to see Sony make more of an effort to throw it’s fans a bone? Let us know in the comments.