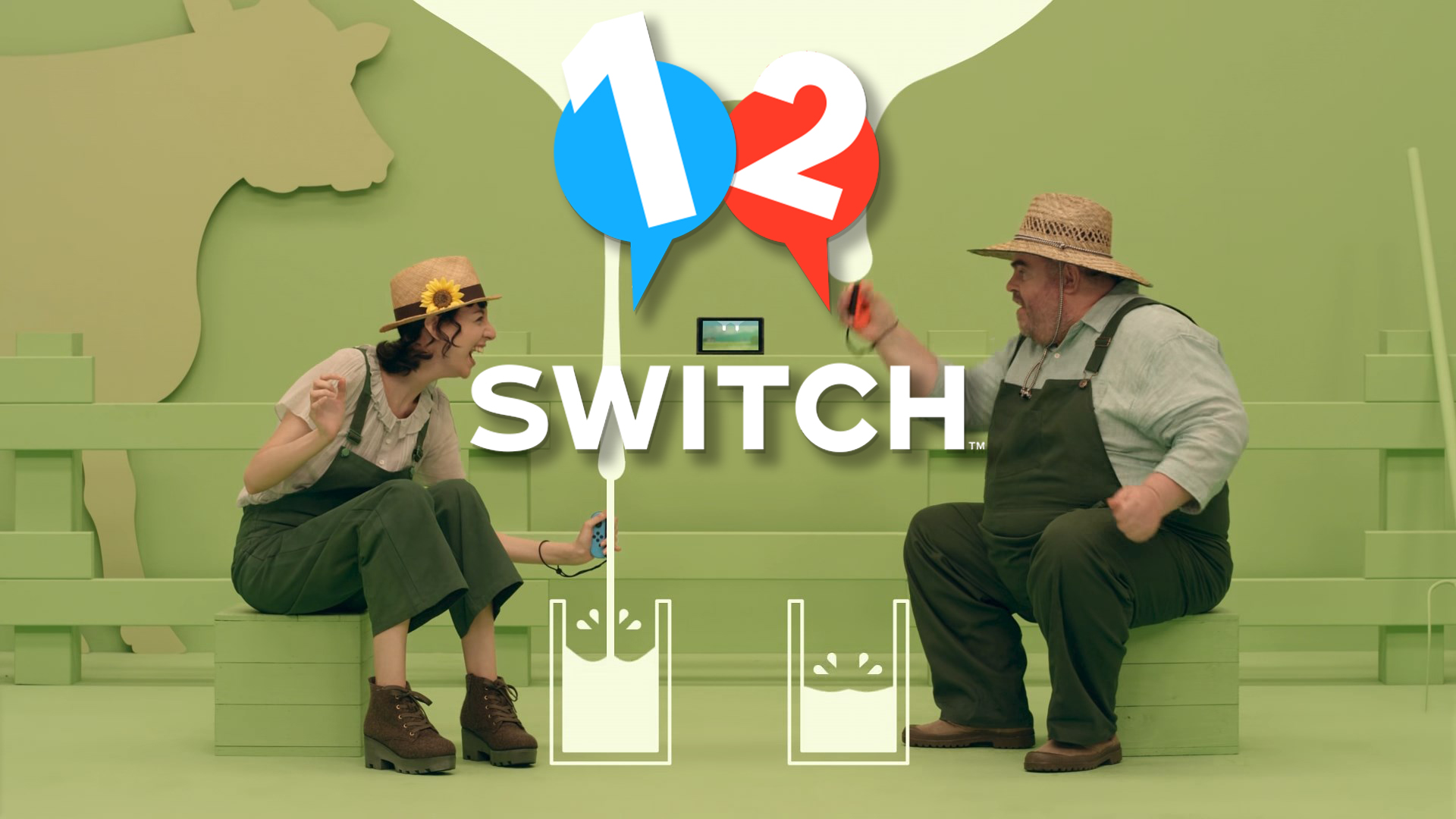 When the Wii U launched in North America, its short list of 23 day-one titles was a little disappointing. With the upcoming Switch, Nintendo decided to reduce our disappointment by lowering the number of launch titles significantly. The idea seems simple: “Less games means less games for players to complain about.”

Join me as I take a deep dive into these—Jesus Christ, there are only five?—5 launch games which I will list from most anticipated to least desired.

THE LEGEND OF ZELDA: BREATH OF THE WILD 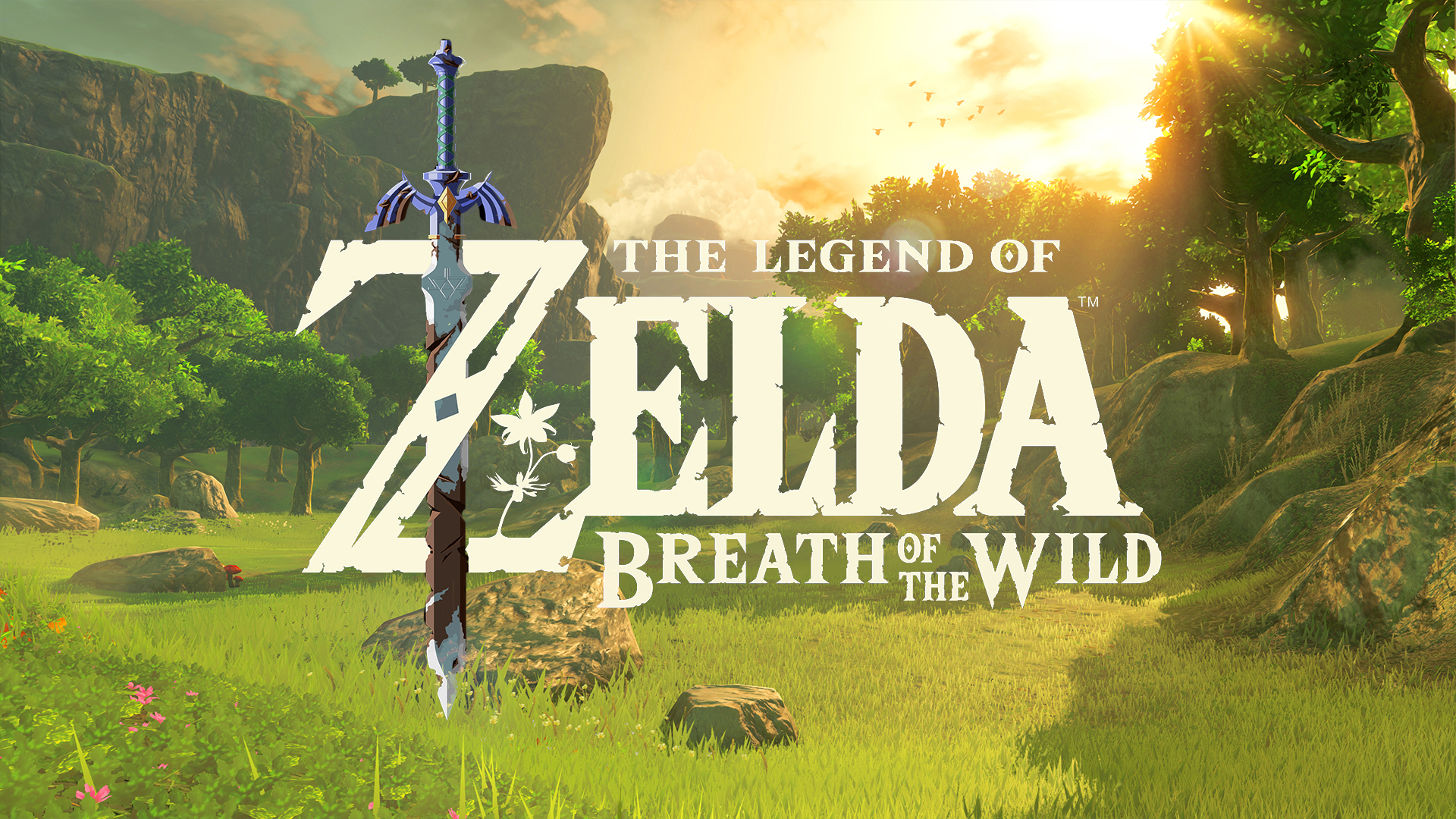 Let’s be honest: This is the only title that deserves to be on this list.

By far and large this is the most anticipated Switch game, despite it not being a Switch exclusive. How anticipated? It was announced in E3 2014 to be released in 2015 for the Wii U. Since then, the game has seen a string of delays,which by mere coincidence have allowed the game to be ready right when Nintendo’s new console is launching. It’s funny how that just worked out, isn’t it?

Breath of the Wild is the first Zelda game since the original NES game to have a fully “open world” to explore at one’s leisure. On top of that, the latest trailer finally showed off the game’s voice acting in action; a first for any Zelda game. Here’s the trailer which you absolutely must not watch if you want to go in blind:

The question is of course, “should I just buy it on the Wii U or get it on the Switch?” Reports and analysis suggest the game runs better on the Switch. The Switch port runs at native 900p when docked (720p when not) at near-solid 30 frames per second. The Wii U version runs at 720p and had noticeable frame-rate problems last we saw it. However, that was an old build from E3 2016. Nintendo may have ironed out those kinks by now.

As far as gameplay differences, the game’s creator, Eiji Aonuma stated the two version will be identical. Breath of the Wild doesn’t boast much of any Wii U GamePad features such as a touchscreen inventory, but it does use optional gyro controls for aiming. Out of all versions, only the Wii U’s optional Pro Controller lacks a gyroscope for this feature.

The Legend of Zelda: Breath of the Wild is not a killer app for the Nintendo Switch because it’s available on another platform. However, for those who do not own a Wii U or plan to buy a Switch on launch, the Switch console port will be the definitive version to buy. 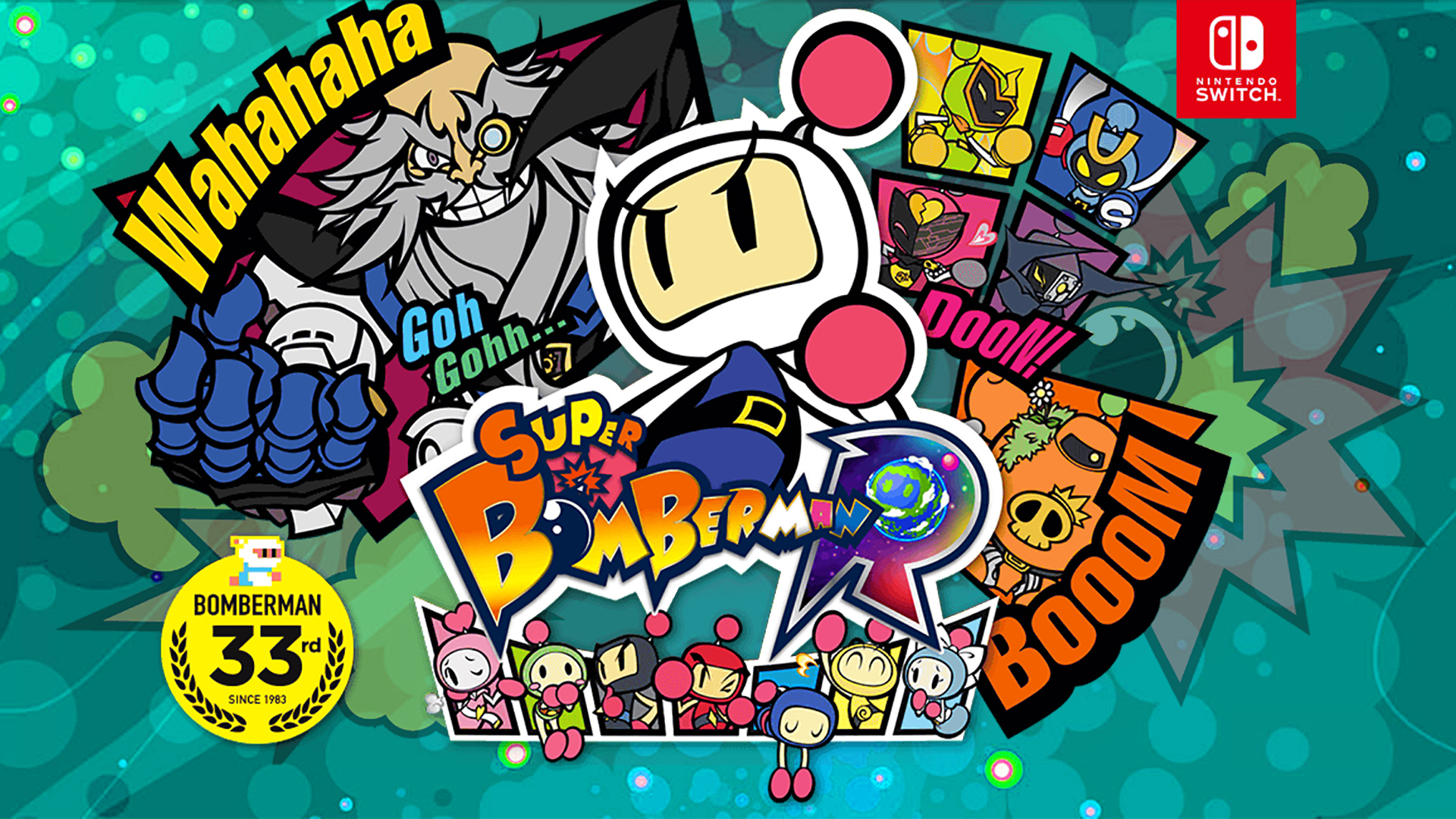 Two games in and we’re already scraping the bottom of the barrel.

From the publisher that tortured Hideo Kojima comes Super Bomberman R, the newest iteration in the Bomberman franchise since 2010. If slimy Konami representatives are to be trusted, the development staff is comprised of former Bomberman staff from Hudson. The game is also being co-developed by the team that brought Metal Gear Solid: Social Ops to mobile.

Super Bomberman R seems to return to its roots with a co-op story mode for 2 players, and a multiplayer battle mode for 8 players (local and online). Since the Nintendo Switch comes with essentially two controllers already, this might not be a bad game to pick up on launch… If only because there isn’t much else to choose from.

The visual presentation looks like someone modeled a bunch of cubes in Unreal Engine 3, slapped some default textures on them, threw a single light source on there and called it a day. I’m not joking. Take a look at this image and tell me what’s going on: 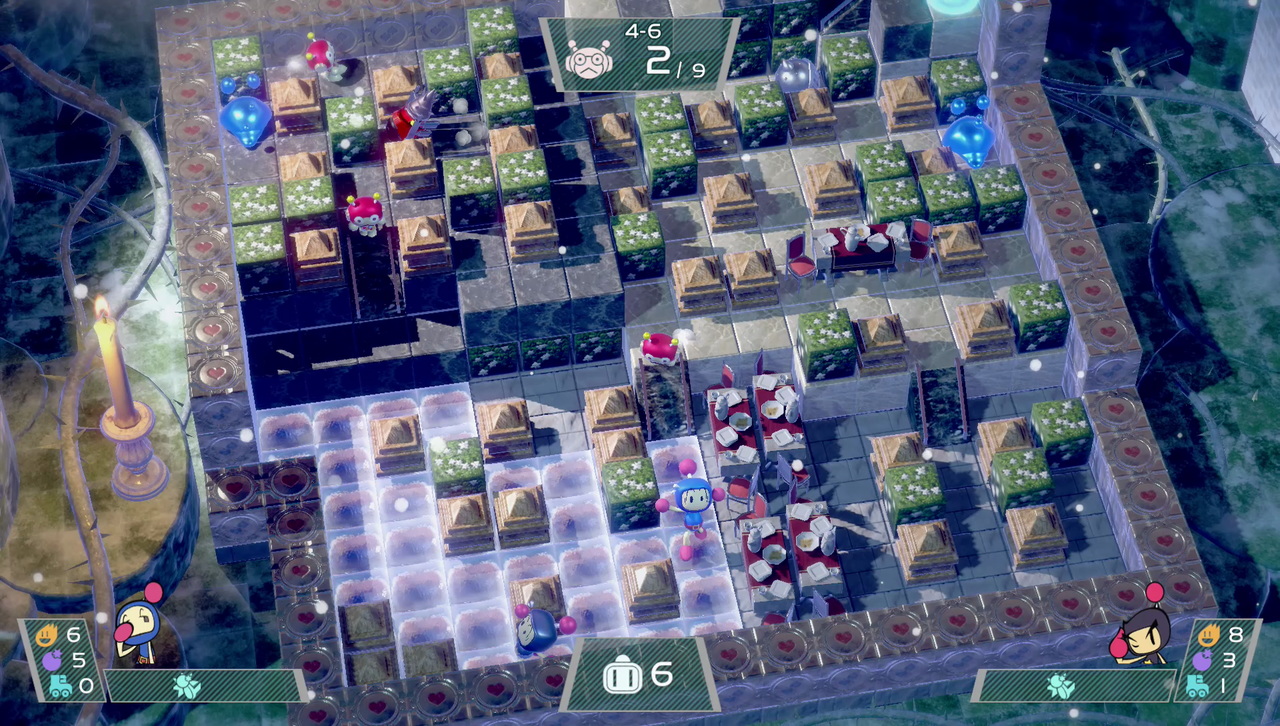 It’s not a nighttime garden dinner party unless you light it with a disproportionately oversized candle.

I believe this nausea inducing off-center camera angle is called a Dutch Angle, and the entire story mode is shot this way. The graphics lack linear perspective, making far objects look as big as closer objects. The harsh lighting obfuscates the colors of tiles, making it harder to differentiate between—dang it, Konami, look at what you’re making me do!

It’s Bomberman. With up to 8 players. It’s $60. Now onto the next most anticipated Switch launch game—ah crap.

The HD rumble lets you precisely feel your dignity draining with every squeeze.

When Nintendo released the highly-praised Switch reveal trailer last year, it led us to believe that Nintendo finally understood the market it was aiming for. The trailer focused on the appeal of a console-portable hybrid that was perfect for the busy youthful adult who grew up on Nintendo. It purposefully omitted any hint of motion controls and a touchscreen in order to not confuse the message. Nintendo knew people didn’t want this.

So of course Nintendo showcased 1, 2, Switch first out of all games during the console’s first presentation.

Nintendo calls this a videogame without the video. It’s a collection of 2-player mini-games played only with a pair of Joy-Cons, using their array of motion sensors for control and HD rumble haptics for feedback. It appears to me that someone at Nintendo HQ saw the PlayStation 4 exclusive Johann Sebastian Joust and decided they wanted a piece of that action.  Except it’s a poor 2-player knockoff with mini-games that exist solely to justify the some controller features. Here’s one where the IR camera at the bottom of one controller is used to see if your mouth is open or closed:

1, 2, Switch made it this high on the list solely because it’s the only title that is exclusive for sure. Even Super Bomberman R may make it to the PS4 or Xbox One further down the line.

This collection of mini-games will be sold to the huddled masses for the exorbitant price of $50. 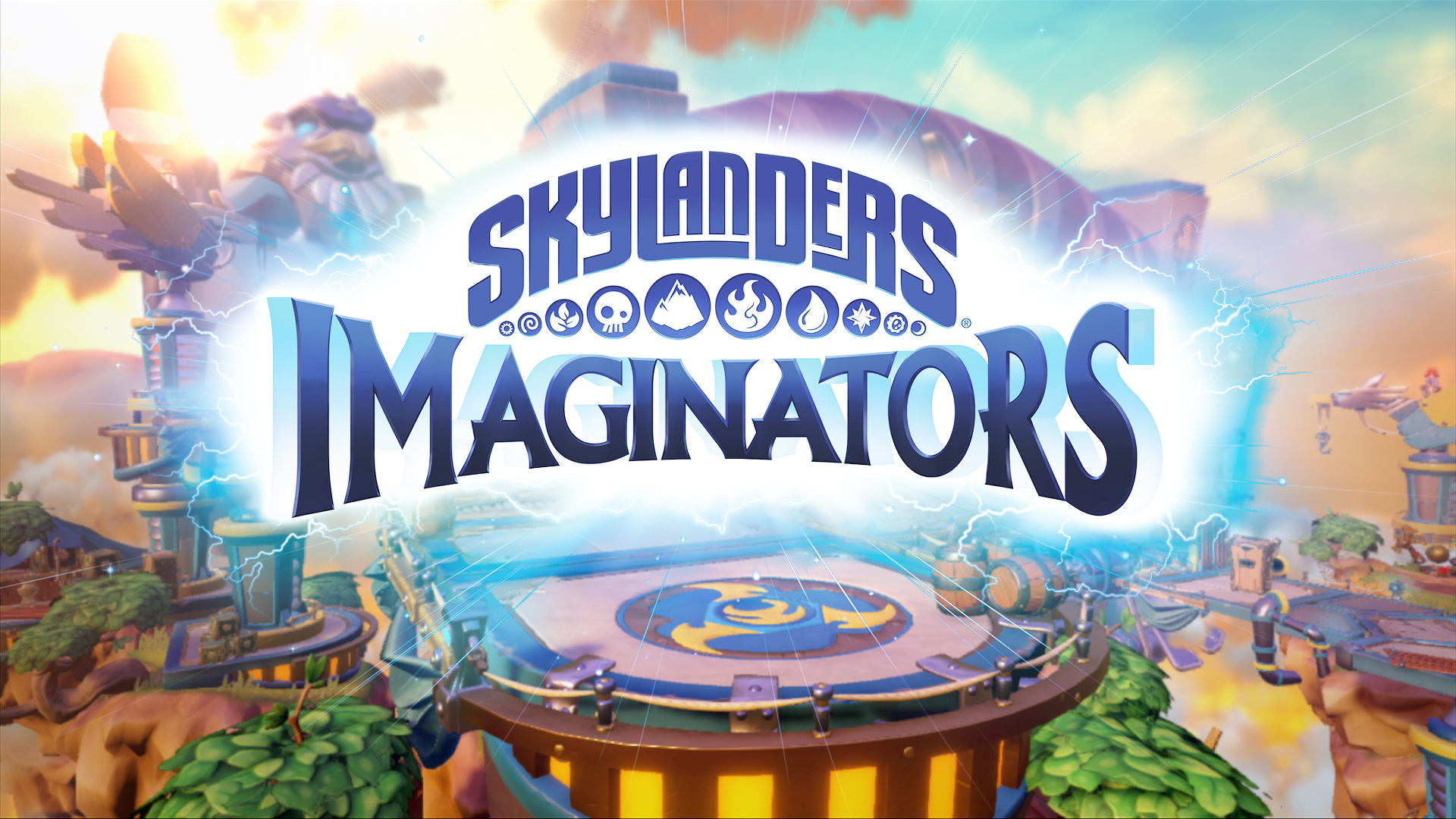 The quality of these splash images I’m making goes down the less and less I care about the game.

You can buy this game cheaper on the PS4, Xbox One or Wii U. That was all the research I cared to do on this. What more do you want from me? 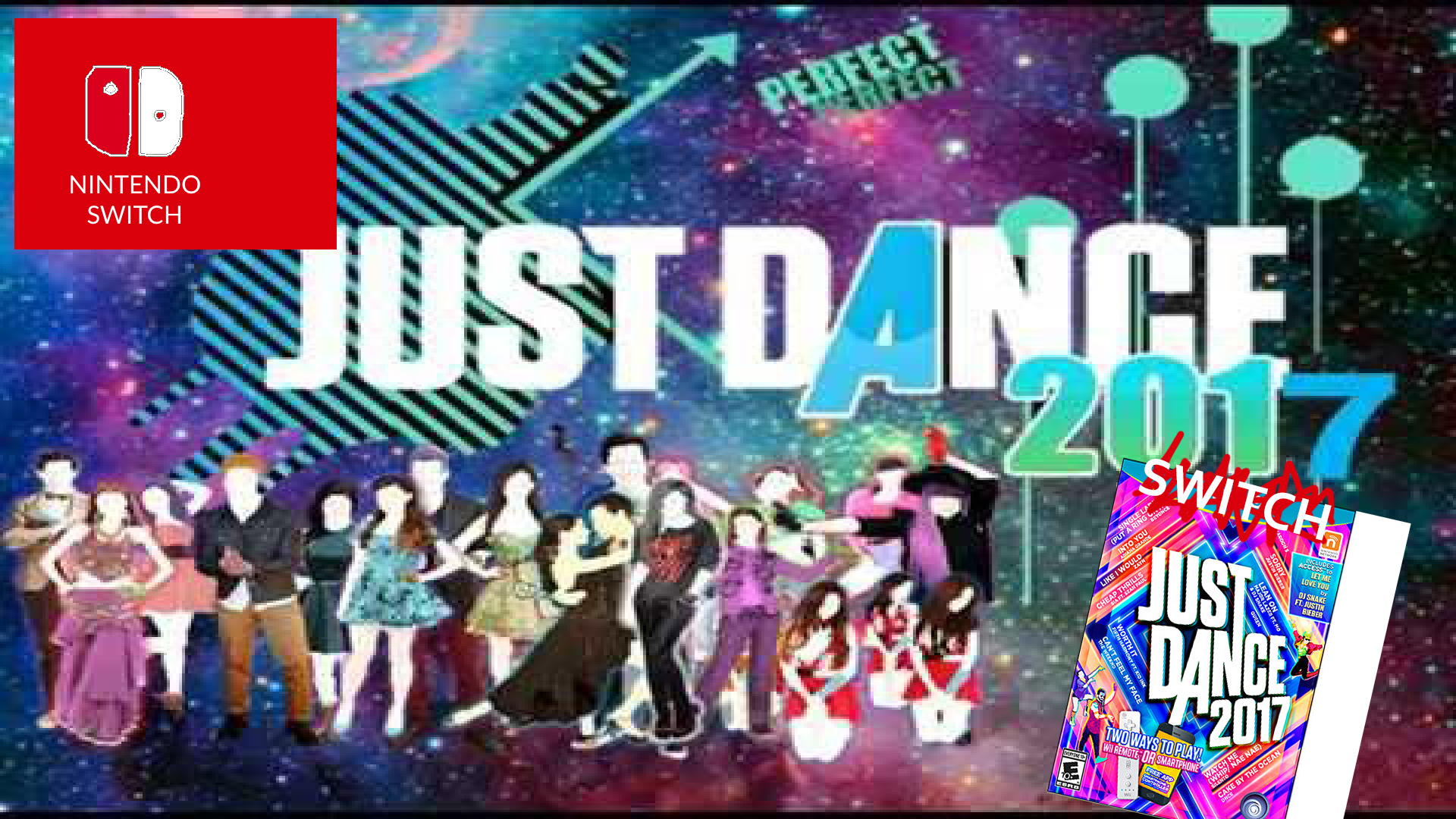 I had no idea these games were still being made.

You can buy this game right now on the old Wii for $30, and then play it on your Wii U if you were so inclined. Or you can get it on the Wii U, PS4, XBO, PS3, 360 or PC. My point is: Why wait several weeks until Ubisoft defecates this onto the Switch, when you can “enjoy” this “game” right now on another platform?

THERE YOU HAVE IT

Those are the top 5 most anticipated Nintendo Switch launch titles. All 5 of them. I will remind you that these are the reason you are getting a system on launch despite availability. These five games.