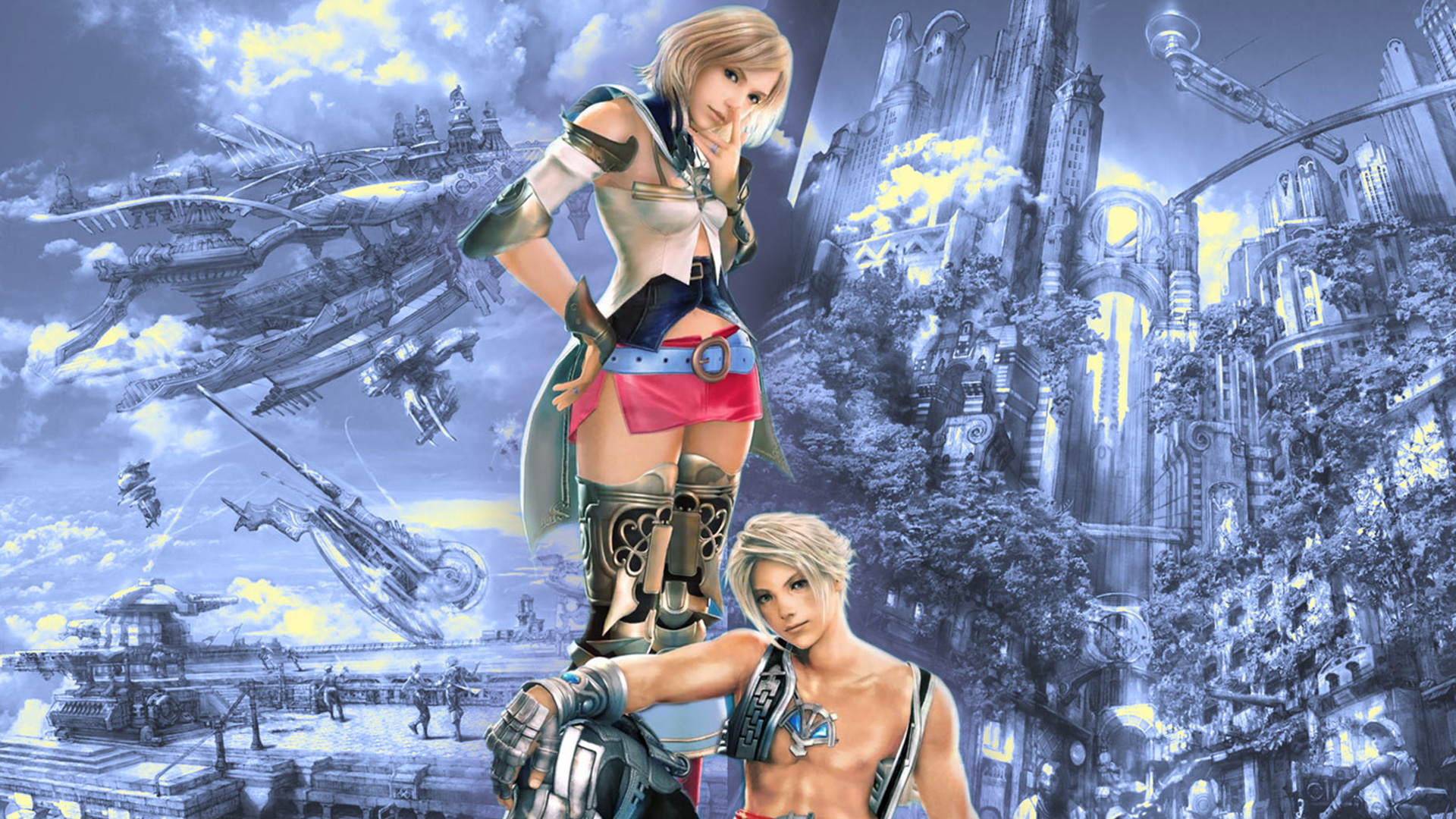 The Most Unappreciated Final Fantasy

Let's give FF12 some love. It deserves it more than you remember.

In the Final Fantasy series, certain rules of gameplay must be applied. The action must always take place on a separate battlefield. The characters must level up according to their established class. The world map must be empty except for invisible enemies that appear at random. Well, what if there was a Final Fantasy game that took these established formulas…and tossed them out the window? What you get is Final Fantasy XII, the oddball of the series in terms of gameplay. And you know what? It all honestly works. It’s swift, customizable, and includes an intriguing plot as per the rest of Final Fantasy rules. Just don’t expect to fall in love with the characters during the trip…you’ll be disappointed.

The plot is one of war between the Arcadian Empire and the Rozzarian Empire, with the McGuffin city of Dalmasca caught in between. In the game, it’s been several years since the war began. The prince has been killed, the princess thought to have committed suicide, and the Arcadian Empire looks to make a clean sweep of Dalmasca. A Dalmascan Captain named Basch looks to take a unit to stop the surrender of the Kingdom to the Empire. A boy named Reks makes it in after Basch takes command, and finds chaos. Soldiers dead, the king of Dalmasca murdered, and it appears as though Basch is the perpetrator. Reks gets killed, his testimony key to the whole event, and Basch is labeled a traitor who aided in Dalmasca’s unconditional surrender.

Fast forward a few years, and Vaan, Reks’s younger brother, gets caught up in the conspiracy. The princess didn’t die, but instead founded a resistance movement to take Dalmasca back from the Empire. She and Vaan, with the aid of some sky pirates and Vaan’s best friend, set out to end the Empire while also uncovering the terrible secrets of the technology and magic the Arcadian Empire has used. The plot might sound like something reminiscent of Star Wars, but it has enough differences to not call it a complete rip-off.

The production value for this game is worth mentioning, since Square Enix has a knack for creating film-quality cinematics. The sweeping shots, the great CGI, and excellent voice acting all across the board helps sell this game’s impressive world-building and art design, as well as the plot itself. This game pushed the PS2 to its graphical limits without as much as a single framerate drop, so nothing suffers in terms of visual quality. Even the in-game graphics were great for their time, with smooth animations and great facial capture with emotive expressions.

The environments here are some of the best Final Fantasy has ever produced. From deserts teeming with violent wildlife, Snowy mountain peaks with dynamic weather effects, and vast cities that seem to blur the line between science and fantasy, creating imaginative structures and interesting lore within their walls. Coupled with amazing level design that both rewards and punishes exploration much like an MMO, it’s safe to say that this is one of the most unique of the Final Fantasy worlds.

The main cast, however, leaves much to be desired. Only four of the six members really belong in the story. Vaan is there because Final Fantasy demands a teen male lead. Penelo is his best friend who contributes nothing to the plot. The rest fare no better. Basch remains moody even after knowing he knows what he’s meant to do. Princess Ashe’s defining characteristic seems to be “protect my country no matter what” with not much else. Only Balthier and Fran seem to hold the most depth due to both of their mysterious pasts and snarky, yet charming attitudes. These characters are driven by the plot, and the overall story suffers. I can say that the villain is both intimidating and sympathetic, along with his cronies the Judges, who all share internal conflicts from the war and the atrocities committed by them.

But it’s the gameplay that’s most important, so let’s get to it. The controls are fairly simple for casual encounters. You move with the left stick and control the camera with the right; nothing complicated there. Pressing triangle brings up the main menu screen, where you can control who’s in your party, manage equipment and abilities, and even look at your progress from the game’s log. One of the differences is that you don’t gain money from combat anymore. Instead, enemies drop loot items, which can be sold at shops at set prices. This makes for a lot of tedious back and forth travel between areas, but it does add a bit of realism and challenge to the game.

The combat works much differently than in previous iterations of the series. First off, there are no more random encounters. All the enemies are on the overworld, and are just itching for a fight if you get too close. This allows for strategic ways to fight certain enemies and avoid others, and lets you know which ones those are. When a fight does happen, you can have your characters target an enemy and select commands from the action menu. This pauses the gameplay (or doesn’t, if you have it in active mode) and allows you to input commands. These can range from spells, technicks (special abilities), or simple attacks with a sword, bow, or gun. It’s simple to use, and allows for quick thinking.

If you want to make the game play to your style, you can use the gambit system. You unlock auto-commands throughout the game, which you can set to a character to make them issue that command on their own. You can target weaker enemies, heal party members who are badly injured at a certain HP level, and even steal, use spells, or a variety of other options that cater to how the player wants to play the game. It allows for deep customization and the chance to see your commands in action while still maintaining control of your characters, in case you need to make a quick exit in a tough situation.

Every victory, however, gives you experience to level your characters up, and license points. These license points can be used on the license board, which is the game’s leveling system. It’s a two part board, with spells, technicks, and stat boosts on the top; and armor and weapons on the bottom. Each square along the board costs a certain amount of license points. The more points you gain, the more options you have with unlocking abilities and equipment you can use. You can even unlock quickenings, which are this game’s version of limit breaks, and even use a summoned monster. With enough grinding, you can unlock every square. But if you want the challenge, I say limit certain party members to warrior or mage settings whenever possible, since that’s what this game is about.

As with any Final Fantasy game, there are numerous side quests for you to partake in. Talking to people will have you fetching items, activating certain puzzles, or even buying rare items. The biggest types of side quests, however, are the hunts. As with MMOs, citizens will post bills explaining that they need a certain creature eliminated. You find that person, activate the hunt, and go to the place where the creature resides. Defeating said creature earn lots of rewards, such as cash, rare items, and equipment. There are forty-five total hunts, each more challenging than the last, and requiring all your skills to defeat most of them.

The soundtrack for the game is nothing short of beautiful. The fantastic orchestrations border the line of atmospheric and bombastic, and give off that medieval film feel. The sound design is also great, apart from one thing. During the in-game dialogue, there’s a noticeable compression in the voices, resulting in voices being overtly loud and often sounding like certain characters are congested. This doesn’t detract from the rest of the audio, but it is noticeable. This doesn’t occur in the CGI cutscenes either, so it makes me wonder how that happened. Likely a byproduct of the game pushing the PS2 to its absolute limits.

In spite of all these issues, this is a great Final Fantasy game. Sure the characters lack proper development, but they’re still likeable (except for one in particular). The plot is still fascinating either way. The gameplay is fantastic, save for the difficulty of the gambit system. The art direction is beautiful, the graphics top of the line for the time, and the soundtrack is sublime. Even if it doesn’t feel like a typical Final Fantasy game, there should be no reason to pass this game. It might not reach the heights of the previous games, but that doesn’t make it worse for that reason.