Treasure Hunting Has a New Face

An old review of the first Uncharted game

The life of a treasure hunter is not the most glamorous. There’s always competition, the risk of death is pretty much certain, and there’s always the chance of running into supernatural forces that guard the very treasure you seek to uncover. Okay, maybe that last part isn’t always true, but for treasure hunter Nathan Drake, it’s become routine. One of his quests is portrayed in Uncharted: Drake’s Fortune. This game is a marvel of the PS3. The high cinematic quality, the amazing visuals, the tight gameplay, and the quirky and loveable characters all make this game a must-play for all PS3 owners out there, even if the story and overall experience doesn’t feel as satisfying as it seems to promise.

The story begins with Nathan Drake, a supposedly famous treasure hunter, going deep-sea diving off the coast of Panama with a TV documentary filmmaker named Elena Fischer. He’s on the hunt for Sir Francis Drake’s resting place, as Nathan himself is a descendant of the famous explorer (or so he claims, to Elena’s skepticism). After finding Francis Drake’s empty coffin at the bottom of the ocean, Nathan soon finds a clue to the whereabouts of not only his famed ancestor, but of the fabled lost treasure of El Dorado, the Golden City of Central American legend. He must fend off pirates and other treasure hunters in order to find the fabled golden treasure, but Drake soon discovers the sinister secrets of El Dorado, and the reasons why Sir Francis Drake kept it under wraps for so long.

Right off the bat, the game hits you with a sense that you’re participating in a big budget Hollywood film. The sweeping camera angles that highlight the grandeur and beauty of the jungle setting, the shaky cam during big action cutscenes, and the incredible pacing all show signs that Naughty Dog wanted to make a gaming experience like no other. It helps set the tone of a grand adventure story well in a way few games before could manage before or since.

The story may not be the most original story, since the treasure hunt gone wrong storyline was been done to death several times, but Uncharted seeks to add its own flavor by adding some of the best characters the gaming world has seen. Nathan Drake, the protagonist, comes off as lighthearted, charming, and gets a good laugh here and there. He doesn’t display the arrogance of other stock treasure hunters, and even has moments of insecurity when things start turning sour. Assisting him are Elena Fischer, the feisty, yet naïve filmmaker who gets caught up in Drake’s misadventures, and Victory “Sully” Sullivan, Drake’s mentor and father-figure. The clever writing, which features some of the best “scripted” on-the-fly banter and non-cliché dialogue, helps set these characters up well. Even the villains, though stock in nature, come off as almost genuine due to the great writing.

Credit has to go to the graphics as well. Uncharted: Drake’s Fortune was, for the time, one of the best-looking games on the Playstation 3 console, even if the graphics are pretty outdated by today’s standards – the shiny look of everyone’s skin makes them look more like dolls now than real people. The facial and character animations are near groundbreaking, as characters show off life-like expressions and lip-synching, as well as impressive movement on the part of their limbs. The jungle environment, though used in many other games before, is rendered beautifully. Every tree, patch of grass, and mountainside comes with careful attention to detail. The water physics are also remarkable, as they’re almost on-par with BioShock in terms of realism and detail. The sound design is top notch, as is the soundtrack, which feels like it could beat out Indiana Jones in terms of sheer awesomeness. The brass swells, the jungle-beat drums, and the frenetic string sections keep the tension at a constant boiling point, while also highlighting the more somber exploratory moments.

The basic gameplay of Uncharted: Drake’s Fortune is your standard Third-Person Shooter mechanics with exploration elements tossed in for flavor. Drake can climb just about any surface with ease – seriously, the man has the grip of a gorilla god – and his acrobatics are just as impressive to play as well as admire, in all their awkward human-like glamour. This is important, considering that Drake has to climb many ancient ruins, buildings, and rock walls in order to find his way through the vast jungle setting, narrowly missing certain death every now and then through QTE sequence (minor usage, I promise). The fluid character animations make everything look and feel seamless, from climbing to jumping to even running around. The paths you travel do fall on the linear side, however, so exploration can feel fairly limited apart from finding mini treasure collectables for the completionists out there. Seeing as how this is a story-driven game, however, this fault can be forgiven. Puzzles also can be found, and none are either too difficult or too simple, and really make you think about what the solution should be.

You will run into several firefights throughout the campaign, and here’s where things start hitting a snag. The basic shooting mechanics work rather well. You can run-and-gun, take cover and fire, as well as being able to perform melee combos for enemies that want to get up close and personal. The AI here is especially intelligent brutal, as they never seem to show a discernable pattern in their movements. They’ll flank you, toss grenades to force you out of cover, and even sneak up from behind if you stay in revealed cover too long. This can make the firefights especially challenging on higher difficulties, as the difficulty can spike sporadically with each fight. Not helping is the fact that enemies can take many more bullets than they should reasonably take, apart from well-placed head shots. The fact that the melee system is flawed, requiring combo-like button presses in a high stress situation, also doesn’t help. You’ll spend much of your time taking cover and searching for ammo while enemies keep coming, each with bigger guns and more opportunities to find you, leading to stop-n-pop gameplay that feels more frustrating than satisfying more often than not.

There are moments in the game where a cutscene will seemingly start to play out, but will immediately thrust you in control of Drake, forcing you to either escape from a collapsing building, or try to plow through a massive onslaught of bullets. This is where the game truly shines. These moments keep you in control while tearing through some pretty dangerous areas. Coupled with the amazing camera work and stunning visual effects from explosions to dust rising, these moments feel ripped straight from a Hollywood chase scene, where you take control of the main star as they desperately try to survive the chaos around them. It’s incredible, and one of the few games that blends storytelling and gameplay together in a way that doesn’t have one completely contradict the other.

As incredible as these moments are, it’s with the story itself that the game seems to feel the most unsatisfying. The action is well-thought out, most of the main characters are instantly memorable, and the events of the treasure hunt all start leading towards a gripping climax…right before the game comes to an almost abrupt and forced ending just as things start looking like they’re going to go to a great place. That’s not to say it’s a bad one by any means. It’s just that when the story begins hitting its high-note, it resolves itself just as quickly as it climaxes, reducing the game to a mere six to eight hour experience for something that deserved so much more. And with the campaign your only mode of play, the replay value drops considerably due to this.

Uncharted: Drake’s Fortune is a benchmark for what games can ultimately become. The intense cinematic set-pieces, the memorable characters, the tight responsive gameplay, and the beautiful graphics and setting all give this game its identity and strength. Apart from the more frustrating firefights, the familiar story basis, and the relatively short unsatisfying campaign, I see no reason to pass this game up. You might not play it as long as you’d want to, but it’ll still be a memorable experience for years to come. 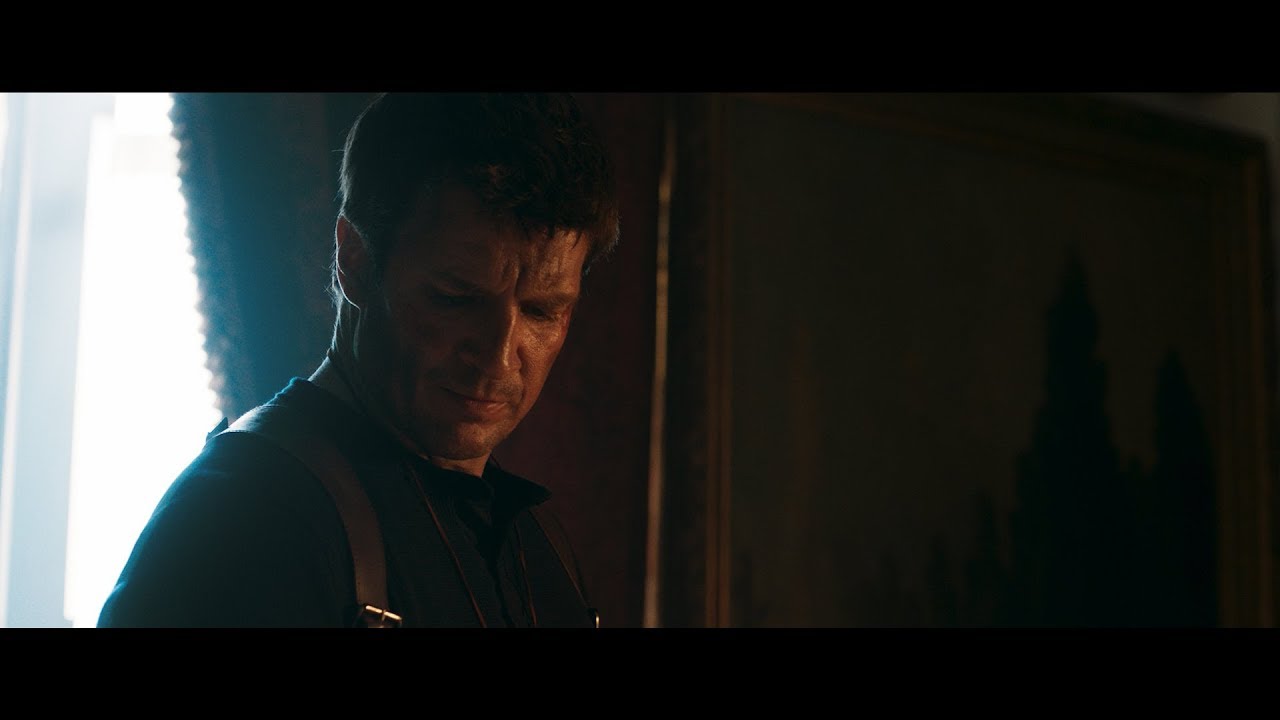