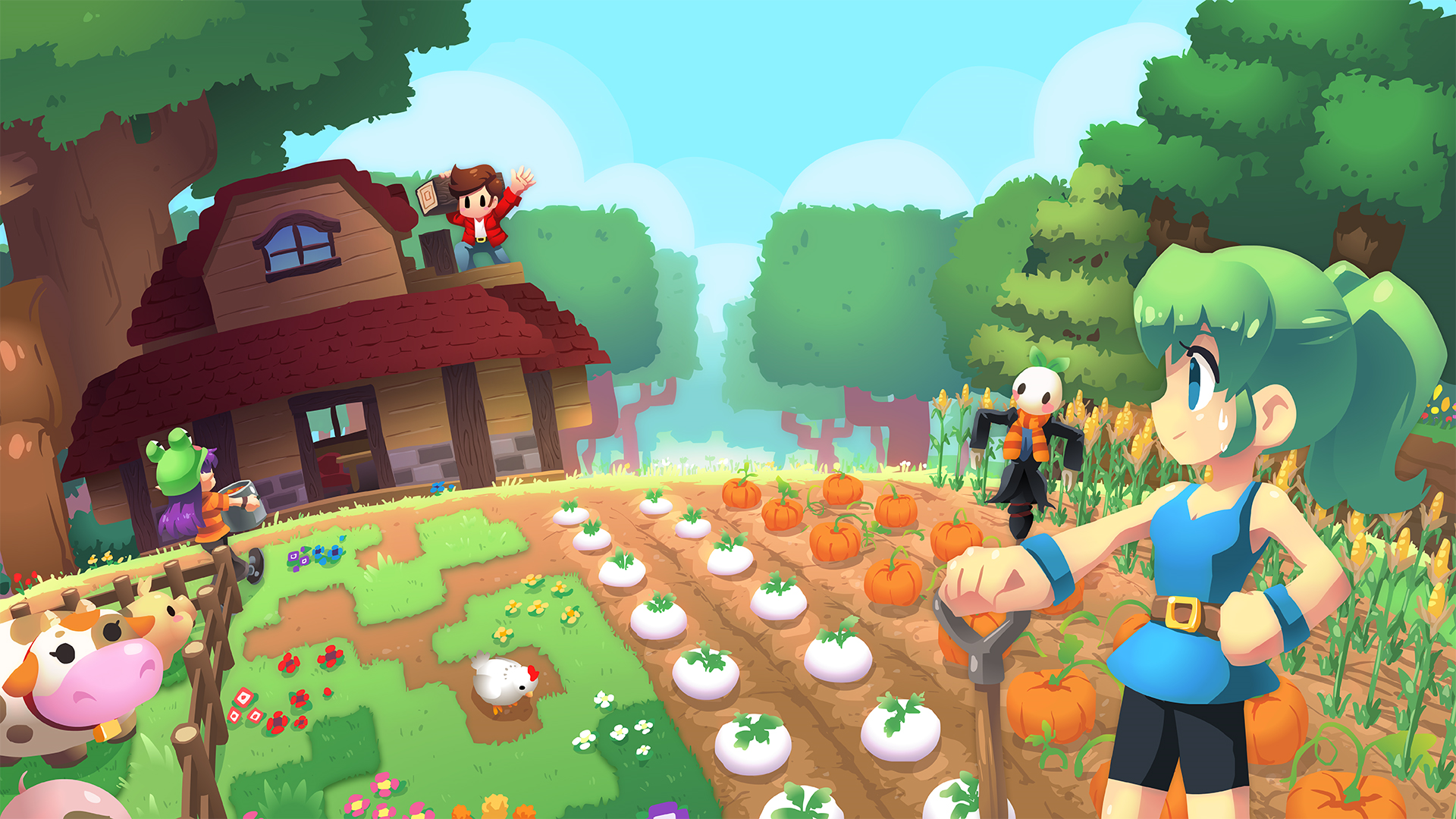 DISCLAIMER: Gamelust was given a copy of Staxel from Plukit and Humble Bundle to review.

Staxel is a game I received a few weeks ago and since then I’ve been playing it on and off in my free time. This began to change however when I had finally finished cleaning up my farm and setting up a routine where I would feed the animals, water the crops and continue working on whatever outstanding building project I’m working on. 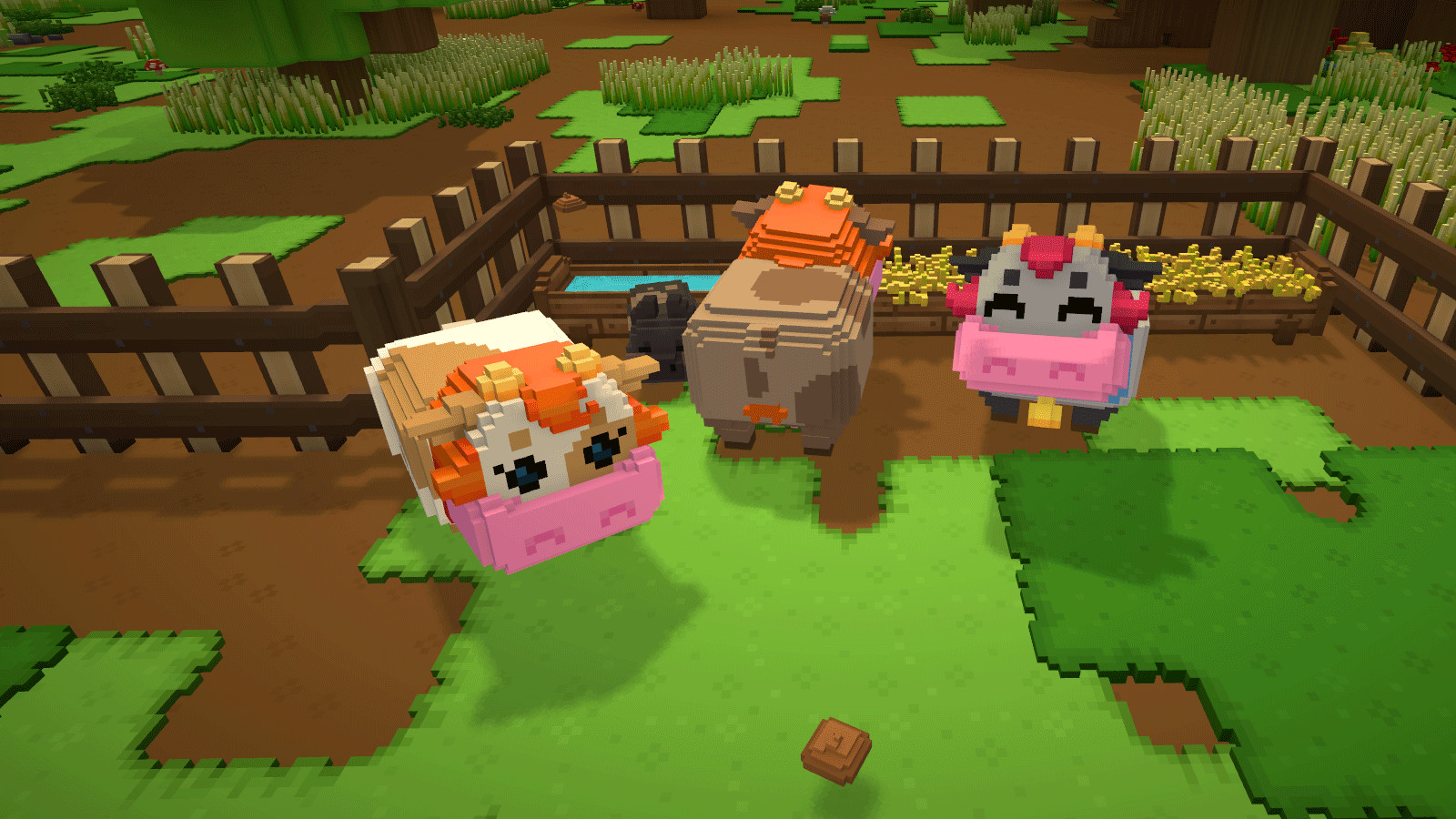 I understand why at first glance Staxel looks like Minecraft and in many ways yes, it is but at the same time it’s better. Let me show you what I’ve accomplished so far since starting the game.

Everytime you start a new game in Staxel you are loaded onto a procedurally generated island (with the exception of the NPC’s). Your task is to look after an overgrown farm although to be honest the whole village is buried deep in shrubbery. Farm fan is an over-enthusiastic alcoholic who gives you everything you need to start repairing your run-down farm while providing a slightly helpful tutorial.

So I began to clean up the village and farm which took me around 5 hours but after finishing it was worth it. Here’s a picture of my farm before cleaning: 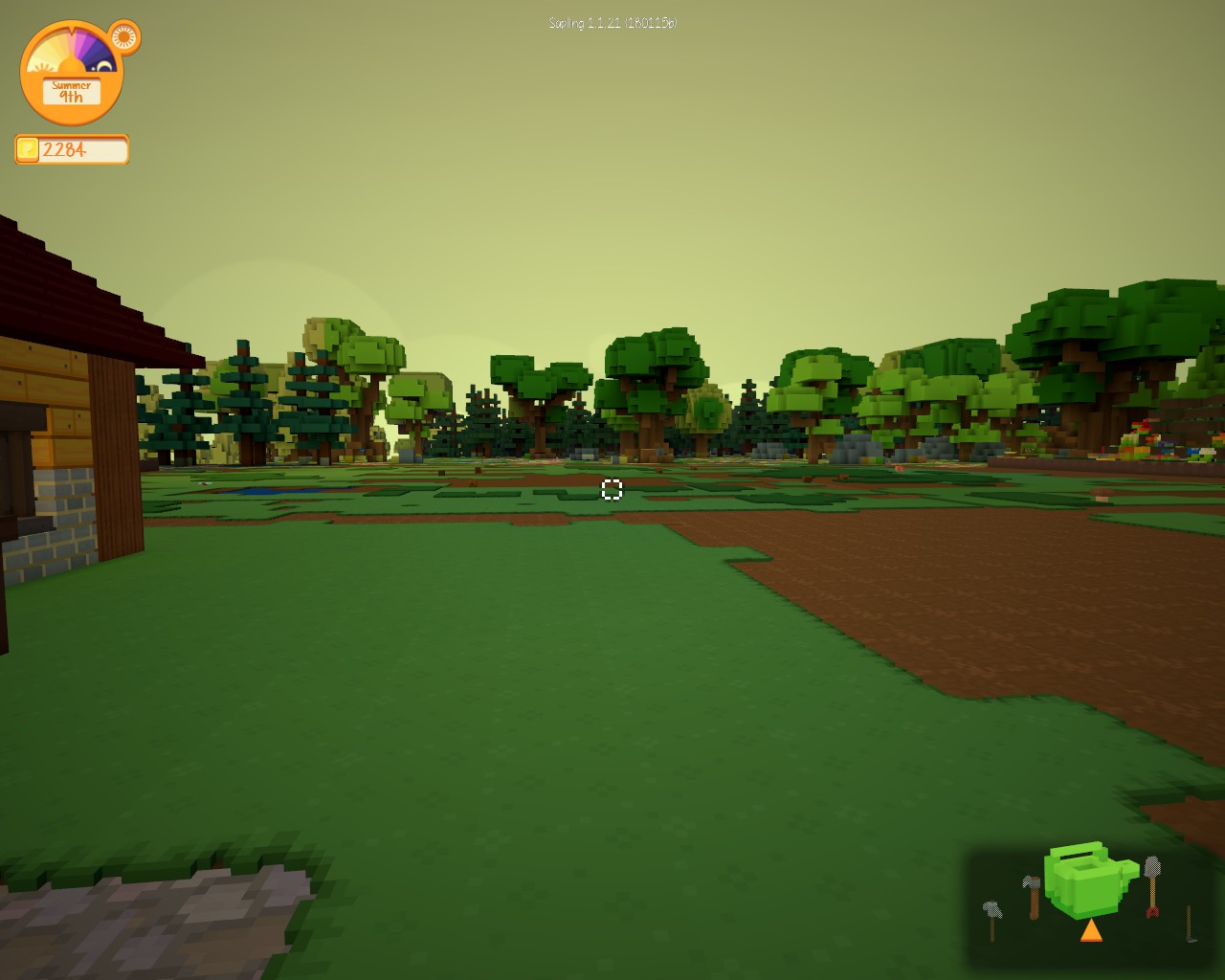 And here’s one after: 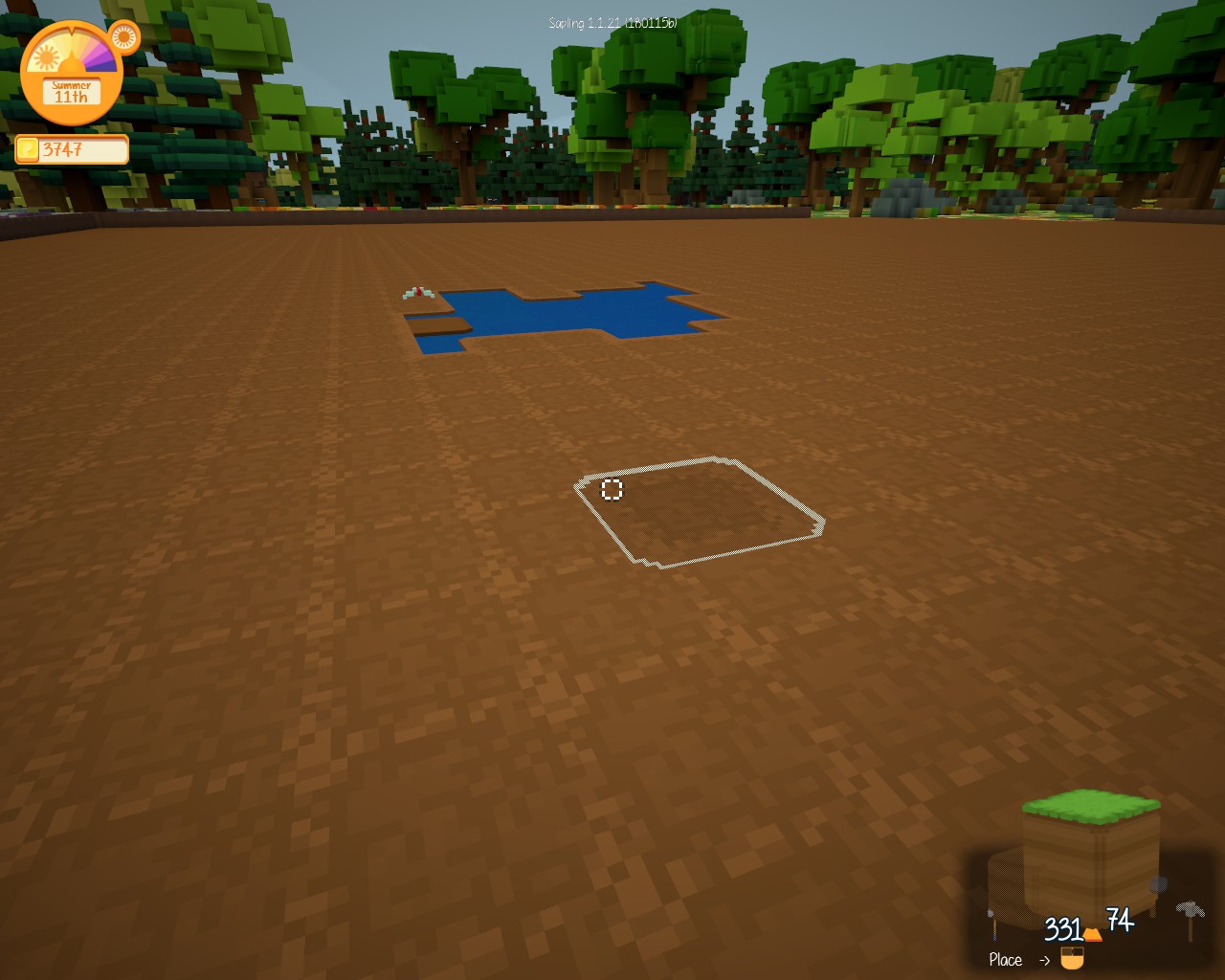 The satisfaction of cleaning has never felt this good.

So what is the game actually like? It takes the cliche Harvest Moon farming mechanics and mixes it with a healthy dose of Minecraft. The result? One of the greatest sandbox games I’ve played in recent memory. While the main aim is to cultivate crops and tend to animals, Staxel gives you the freedom to build whatever you want. Do you want to build an underground nightclub? or perhaps a pirate ship? The only limit is your imagination.

One cool thing that surprised me was the map. It gives you a full 3d view of the island and allows you to walk around while in this view. I was seriously impressed by this and there was absolutely no lag when switching between the views. The only issue is when the season’s in-game change as it takes some time for the terrain to adapt when seeing it from the map. 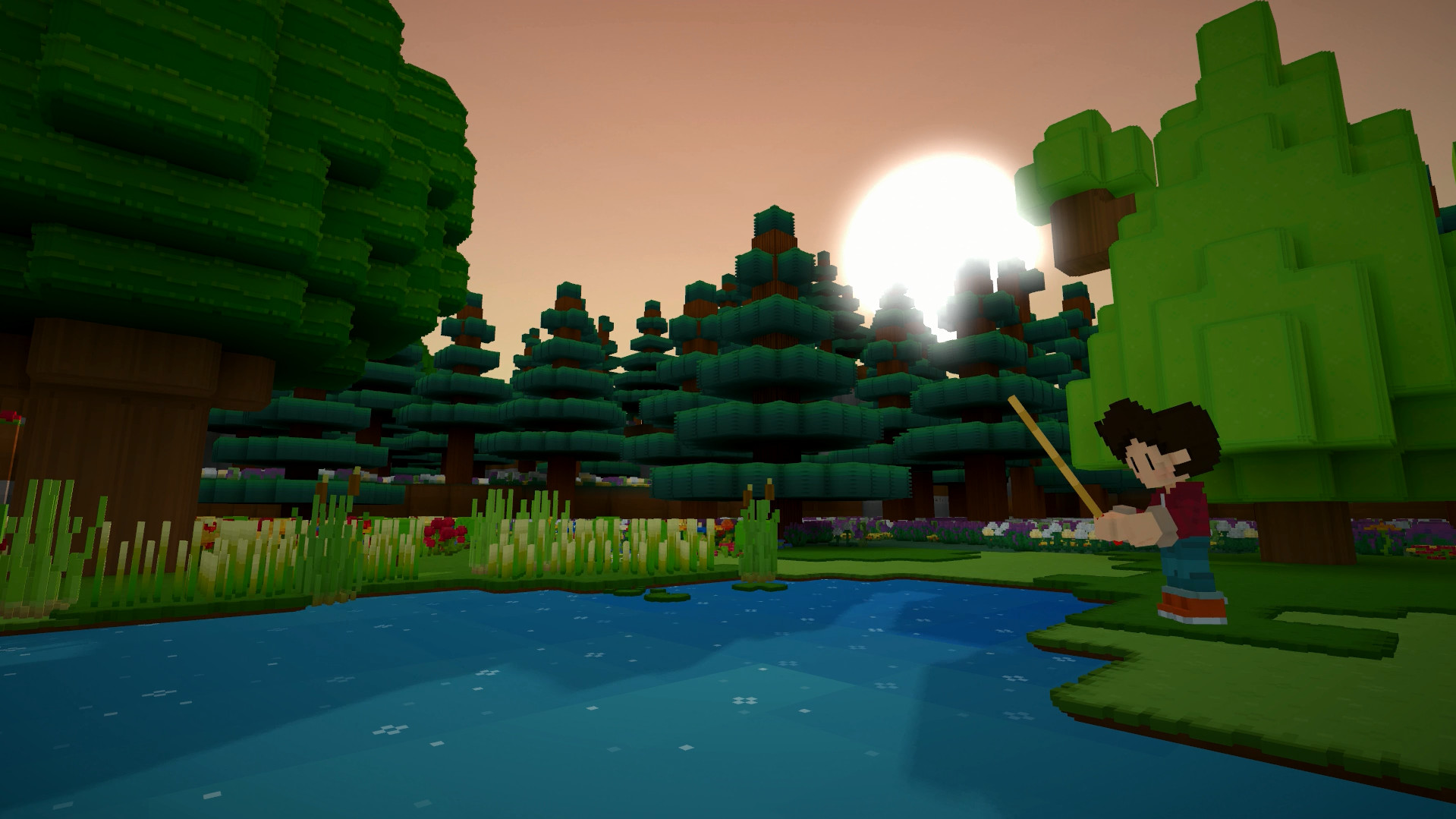 After 10 hours in I came to the conclusion that your job was to populate the island by terraforming it to your liking. A city was my original idea but as time went on I settled with a countryside town building style. Living in a rural area myself gave me inspiration for what to build. The mayor gave me a postbox for an NPC called Jamie who I assumed was looking to move onto the island so I decided to give him a warm welcome by building him a mansion with waterfalls and everything. To this day I’m still building him a house.

It was at this moment I knew I wanted to build a Cuban style island where I lead a brutal regime and enslave the workers of the island. I shall call it the Republic of New England! Jokes aside Staxel gives you that chance to roleplay and experiment with your creations while still providing a basic story if you’re more interested in the exploring aspect. 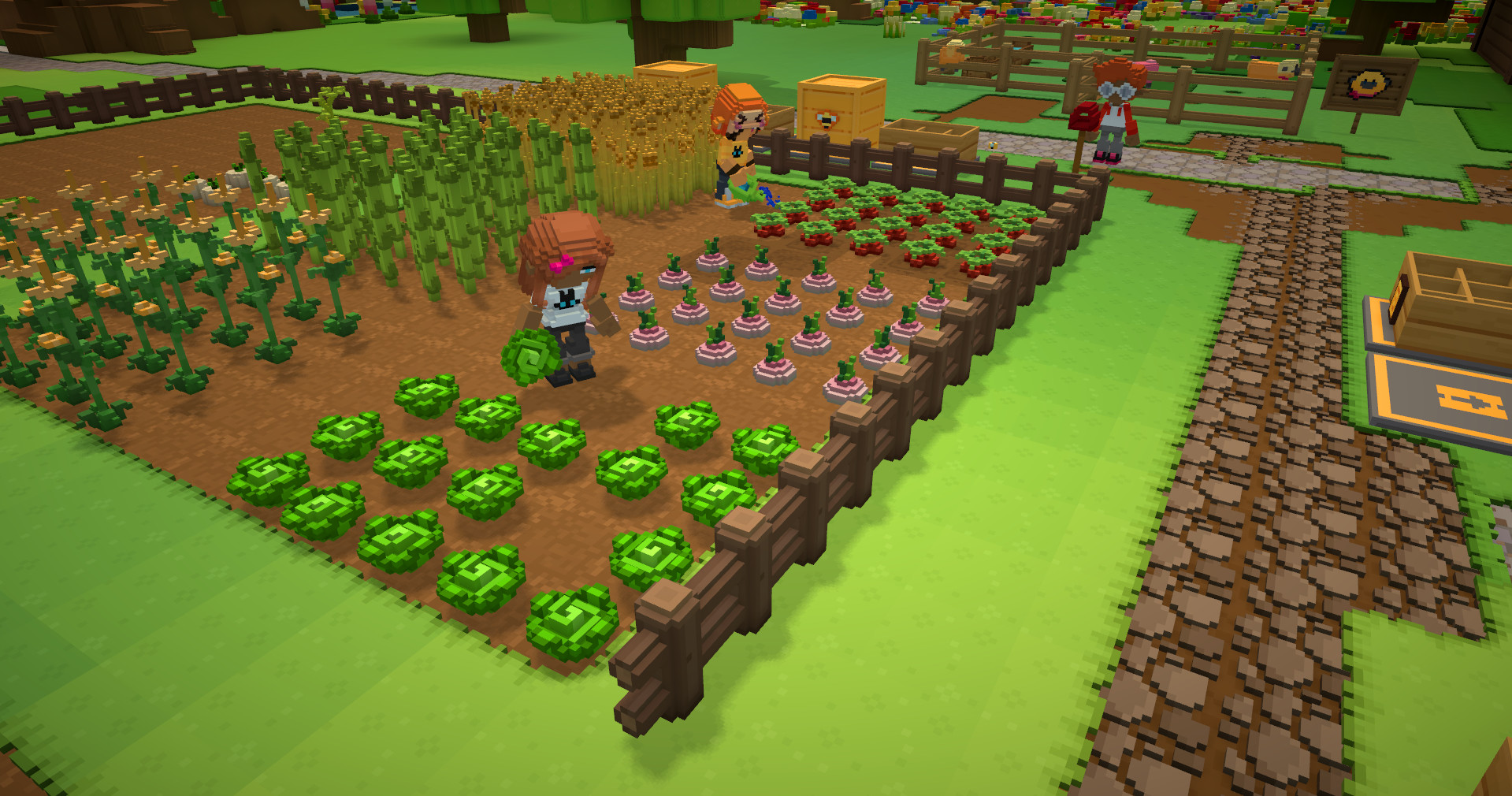 Staxel has a calendar that keeps track of seasonal events. For example, in Autumn the whole village hosts a Halloween themed event by decorating the town with pumpkins and other spooky items. The event park (see below) turns into a maze which has a reward at the end from one of the NPC’s. Seasonal recipes are also available which gives you popular treats like toffee apples. In addition to seasonal quests there are also others like building certain structures and retreiving lost items.

The ambiance isn’t great but this doesn’t deter the gameplay although I think they could have put more detail into the various noises. Perhaps a mod could fix that? Because mods are a strong part of Staxel as at the time of writing (5 days before release) there are 36 add-ons on Steam workshop with more being added daily.

Overall I’ve enjoyed my time in Staxel and can say for sure I will continue playing after finishing this review. I went in expecting Minecraft but I came out with one of the greatest games this year. The freedom and creativity really inspires you and the attention to detail makes it a must-have if you can look past the blocky graphics. Some may call it Minecraft, some may say it’s better to get Minecraft but my opinion? Get Staxel because it gives you a feeling of belonging because I can promise you some long nose, robe-wearing alien looking creatures can’t give you the same amount of interaction the NPC’s can give you in Staxel. 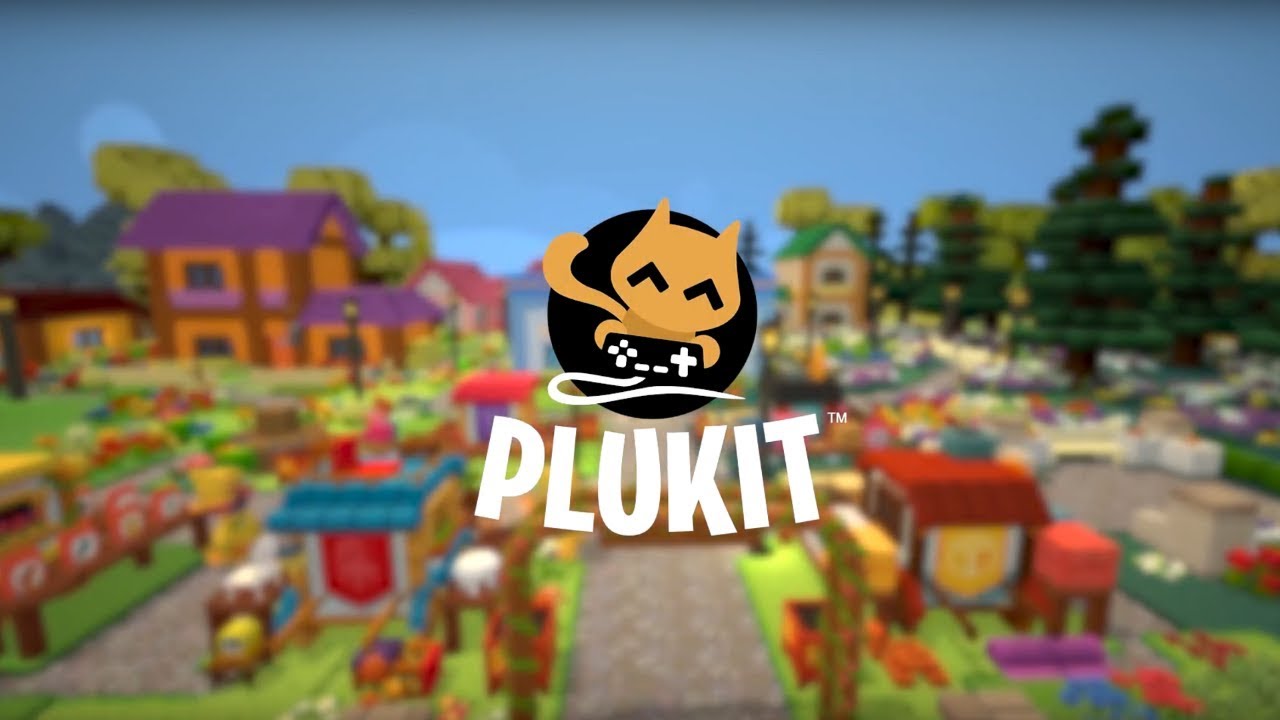