Review of the New Mission "Resurrection" Warning! DLC content is ahead, and there WILL be spoilers for those who haven't played the main game yet!

Star Wars Battlefront 2’s new mission “Resurrection” is like the cherry on top for the main campaign. It continues after the last encounter with Hask who kills Iden’s husband Del on Pillio. Honestly, I didn’t realize a new campaign was coming until looking at gameplay on YouTube of the Last Jedi Season. This made me extremely happy because I wanted to see what happened after Del was killed. Just like the main campaign, this was a very short story. This one was actually about an hour and a half. When I said it was the cherry on top, this is exactly what I meant. It literally answers any questions you had. However, it was nice to have some fresh content added to the Star Wars Universe. It was like the previous campaign with a good mix of ground battles and space battles.

You begin the story as an older Iden with her now 18-year-old daughter “Zay” flying X-Wings near inside Kiara’s Comet Cluster in the Hartaga System. Shriv contacts them with urgent news, and they meet up near Pillio in the Jinata System. They are then attacked near the planet Athulla by Jinata security kidnapping children for pay. You end up in a dogfight with the leader’s pilots who are piloting Republic fighters and bombers escorting a flagship that looks like a Rebel ship. The leader “Leema Kai” is just looking for easy retirement money as he says. You end up killing him and neutralizing the flagship. The people left give up while spilling the beans about Del and the fact that he was targeted after finding out about project resurrection.

You find out that you have to go to Vardos and upon entering the Jinata Security Headquarters you see Gleb dead on the floor. Hask shows up with a squad of First Order Stormtroopers that surround you. He gives some bullshit excuse for the things he has done, but you do learn they kidnap children to boost their ranks. While this is happening, the Corvus gets shot down by a star destroyer with Zay on it. Once he’s done being the douchebag that he is, J-Sec ambushes the troopers and you make your escape.

You end up fighting through the ash-filled capital city of Vardos. J-Sec and the First Order slug it out while you go find Zay. Once you pass all the action and find Zay you steal some Tie Fighters. Upon stealing them, you fly in formation with enemy Tie Fighters while your trusty droid “Dio” figures out the best way into the star destroyer. After they find out you’re not an ally, they begin firing on you forcing you to find a way in even faster. Dio finds a heatsink next to the engines which allow for you to enter as the hyperdrive is being engaged. They engage and you crash inside the Star Destroyer unharmed along with Shriv and Zay.

From here you battle it out through the ship to get to the hyperdrive to rip the ship out of hyperspace, so you can give General Organa the schematics on the First Order Dreadnoughts. You defend Zay while she is putting charges on the objective and Hask shows up just as you are about to finish. You end up shooting him after a quick scuffle as he falls to his death just like the bastard Emperor Palpatine. Once the ship comes out of hyperspace, Star Killer Base can be seen, but Iden slumps down from being shot by Hasks’s pistol during the scuffle. Her and Zay have a sweet moment before Iden passes away peacefully. Soon afterward, Star Killer Base is destroyed while Shriv and Zay make their escape in a Tie Fighter. They the Resistance forces and contact General Organa with the news. Organa then gives them a mission to find their allies so they can take the fight to the First Order.

Honestly, the story was alright in my books. The problem I have is the character reactions to what they say. Their movement and facial expressions don’t match what they say most of the time. They definitely need to patch that up. I do feel bad for Shriv because all his friends keep getting killed. He is a hilariously funny character that needs some friends who stay alive. With the story being so short, we really aren’t able to connect with Zay that much. It was interesting to see someone new, and because of that it makes it a bit of a bummer. I feel that it was a nice way for Iden to go at the end to be with her daughter. She passed away as a true Alliance hero that will be remembered.

The gameplay is still pretty solid, and I had quite a bit of fun with this ending. I loved that they allow the player to use the sentry gun as this is my favorite weapon in multiplayer. I would definitely recommend playing this extra mission because it closes the chapter that you thought was going to be left open. After seeing Hask for the asshole he was, it would’ve been sweet to be able to kill him with actual gameplay instead of a cutscene like Call of Duty. I would like if EA came out with more story modes, because I can never get enough Star Wars. Overall, it was a fun little ride. 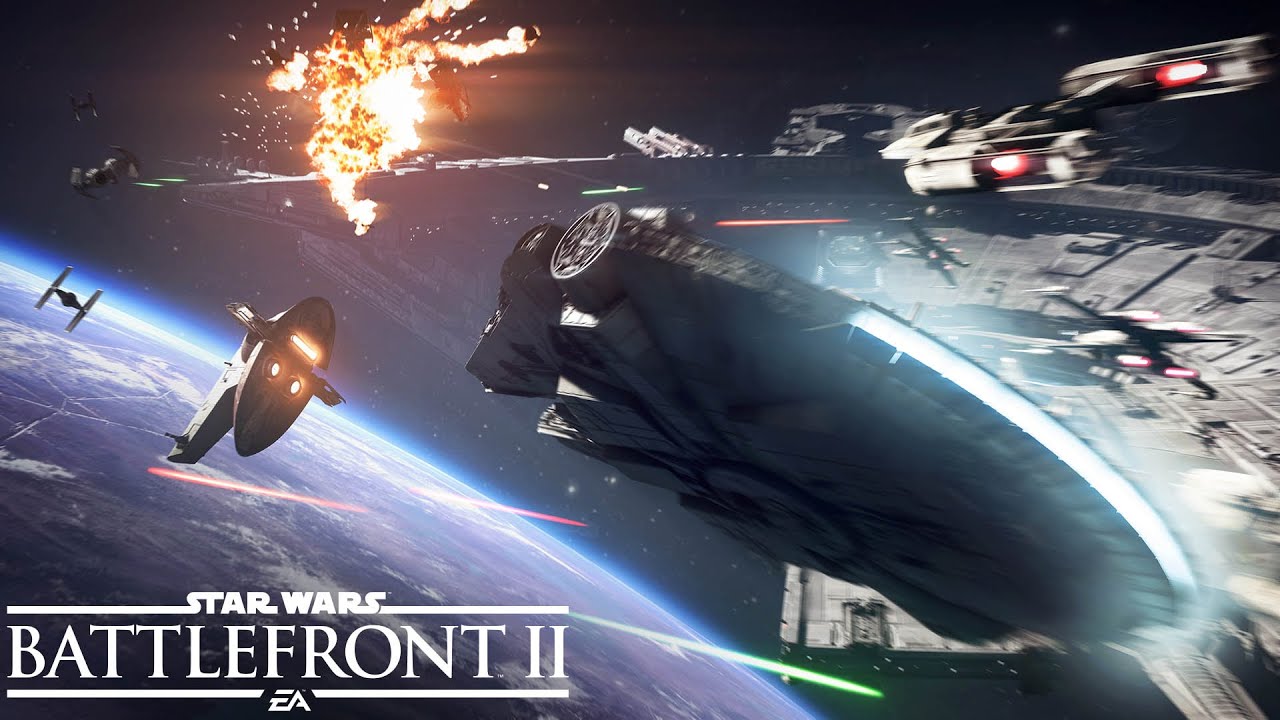