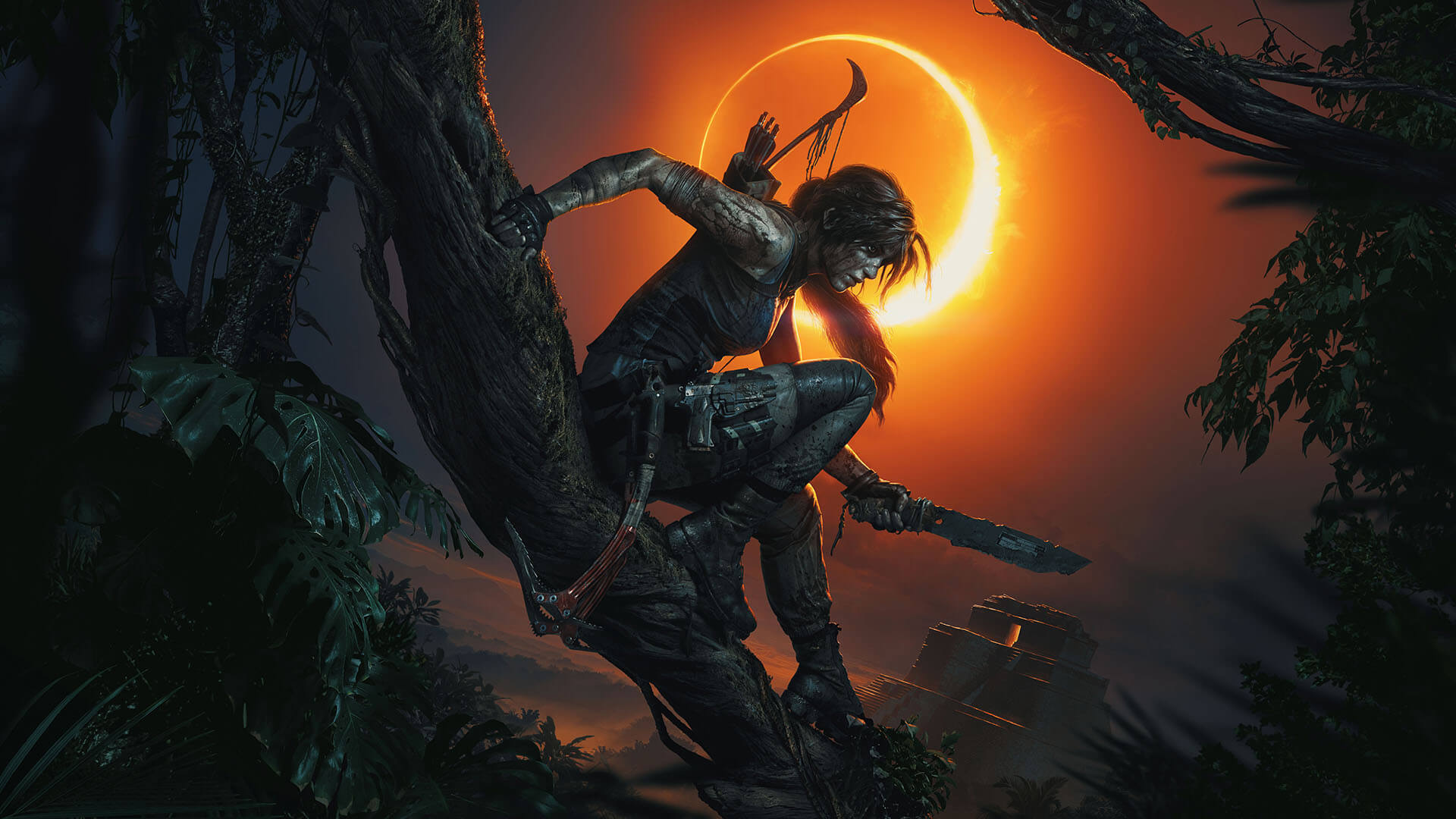 Shadow of the Tomb Raider

Shadow of the Tomb Raider Review

A solid game but with a few issues

Lara Croft is back in action and she is deadlier than ever. I know I am quite late to this party, but I have recently finished Shadow of the Tomb Raider and I think it needs to be talked about again. If you have read my previous articles on this game than you may have noticed that I really only had praise for the then-upcoming title. It looked amazing, but as so often happens, after playing it, some cracks start to show.

If you have played the other games in this particular trilogy (Tomb Raider[2013] and Rise of the Tomb Raider), then you pretty much know what to expect. Look for a lost artifact in a lost city, terrible things occur, and you climb and fight your way out of everything that is thrown at you because you are Lara Croft, and therefore better than them at everything.

The game still has that great feel that it did back in 2013. Though that may not sound like a good thing, it actually is. The moves that defy physics and the jumps that don’t always work are part of the charm. Watching Lara flail to her death when her grapple doesn’t work is downright comical. Can it be a bit frustrating, yes, but is it never to the point that I wanted to put down the controller.

These flaws are quite visible in the “running sequences” of the game. Right at the beginning, there is a tsunami that Lara has to outrun, climb over, swim through, etc. When you are running and those jumps aren’t precise, you will sometimes die in the typical gruesome fashion. Other times it’s completely fine, so that is where the frustration comes in. Especially when they sometimes restart you slightly ahead of where you were. When done without dying, those parts are incredibly badass and cinematic. When you don’t get to see them all mesh together the way they are supposed to, it is rather annoying. 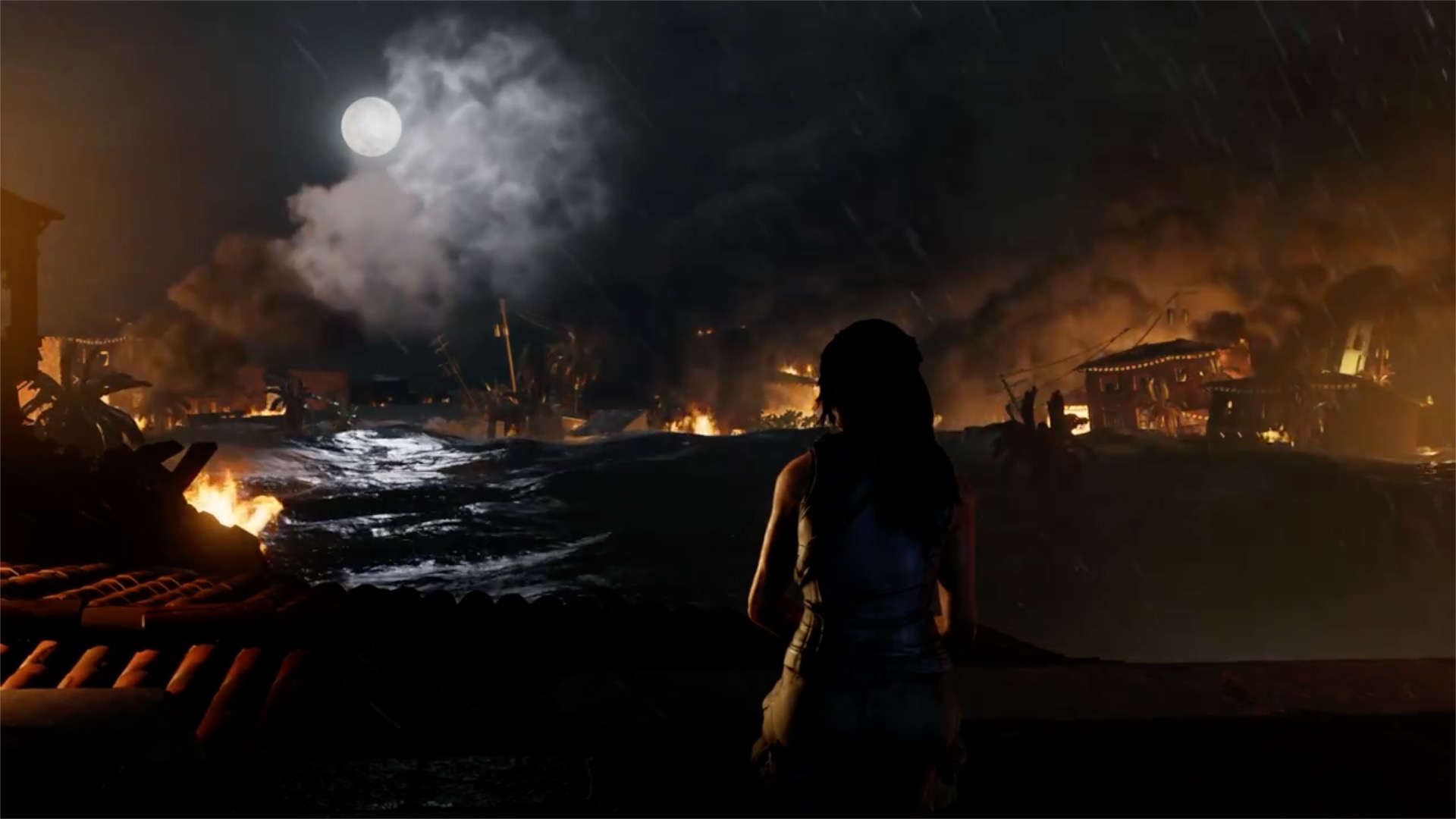 Most of the complaints I have are trivial and can be easily overlooked. However, I do have one serious complaint that truly tainted my experience. This was really the first time in a Tomb Raider game that we actually saw civilization. I also hope that it is the last. There are three of them, the main one being the lost city of Paititi. It broke up the action and story to the point I found myself not caring very much. I walked away remembering more about how to get around Paititi than why I was actually there to begin with.

In the previous two games, I enjoyed getting headshots. They make you feel incredible, especially in the middle of the firefights. I’m not good at it, but I do enjoy it all the same. In this game, I got very few headshots. I didn’t even try to get them because then the action might have ended sooner and I would have found myself right back in the middle of civilization again.

That is not something that I usually hate. In Rise of the Tomb Raider, you could wander around Kitezh for awhile here and there and they were nice breaks. Typically they were times right before a big fight so it was nice to just explore without fear, gather resources and prepare yourself for what you were about to face. They weren’t used like that this time around. Instead, they were treated more like hub worlds and it just did not work for me. 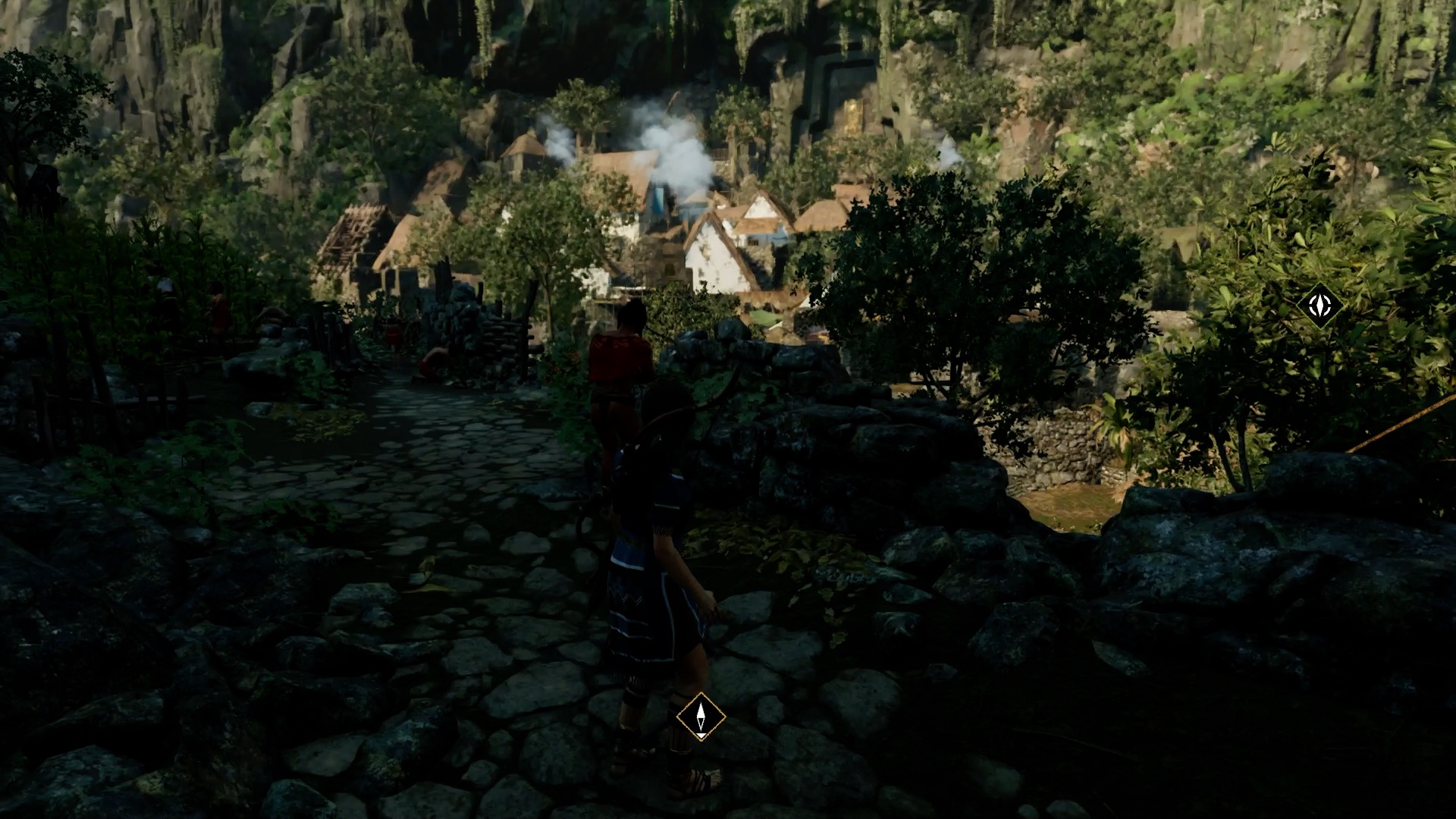 One thing that I absolutely loved was Lara’s character progression. That may sound strange, but I just love the turn they had her take. She has become arrogant and reckless which resulted in her starting an apocalypse. Her guilt is part of what drives her through the rest of the game. The other part is pure stubbornness and revenge on Trinity.

Most of the time, you get heroes that have the “what doesn’t kill you makes you stronger” type of attitude. I don’t know about you, but I am really tired of this nonsense. Though that is how some people may respond to trials, there are many who become far more jaded and bitter. If ever there is a character like that, they are inevitably the villain, which is rather unfair. Square Enix decided to give these traits to their hero instead, realizing that being angry does not automatically make you a bad person.

Lara has become a stone-cold killer. She’s often selfish and at times, downright barbaric. This adds such an incredible depth to her character. In the 2013 Tomb Raider, she kills because she is left with no other choice and feels terrible about it. After everything that she has been through, she can stab someone right through the heart and feel nothing. Pair this with the magnificent voice acting and you can really see how far the Tomb Raider has come. 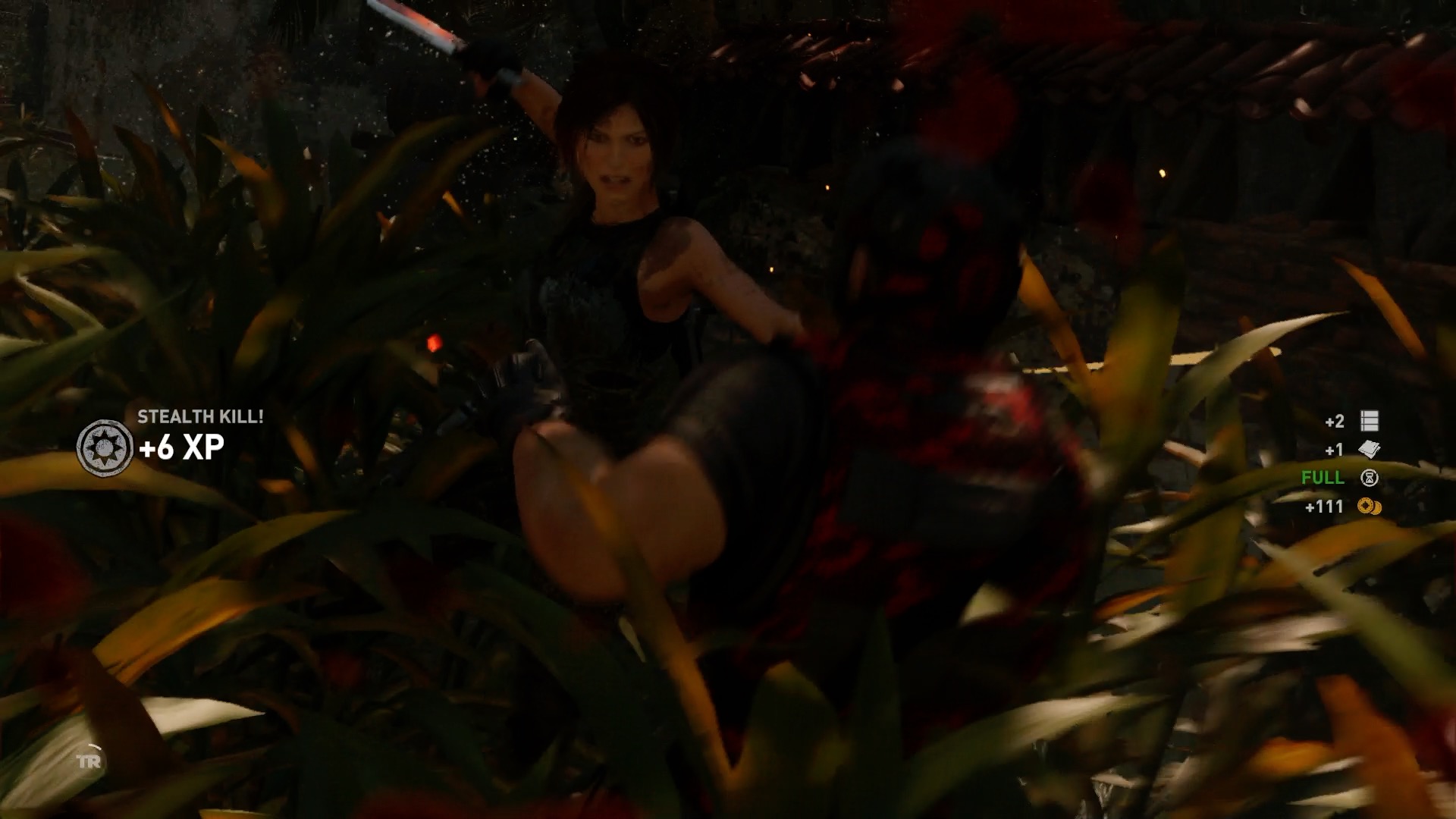 As far as the side quests and Challenge Tomb go, both are quite good. The side quests lack a little bit in the facial animation department. It felt like when crunch time came, that is what got overlooked. There are a few fetch quests, but the way to actually get the items was varied enough that I really didn’t mind. The Challenge Tombs, as you might expect, are second to none. That is the place where the old Tomb Raider comes through. Some are a bit tricky to figure out and give you that old feeling of hopelessness that force you to try things you know won’t work until you stumble upon the right thing to do. Absolutely top notch.

The mechanics are pretty much exactly what you would expect based on the previous titles, but they did throw a few new things into the mix. In Rise, you had rope arrows that would allow you to swing around. Well, this time you use your climbing axe to grapple across large areas or catch a climbing wall that would normally be out of reach. You can also climb on surfaces that are almost parallel to the ground once you get the right gear. Physics need not apply. 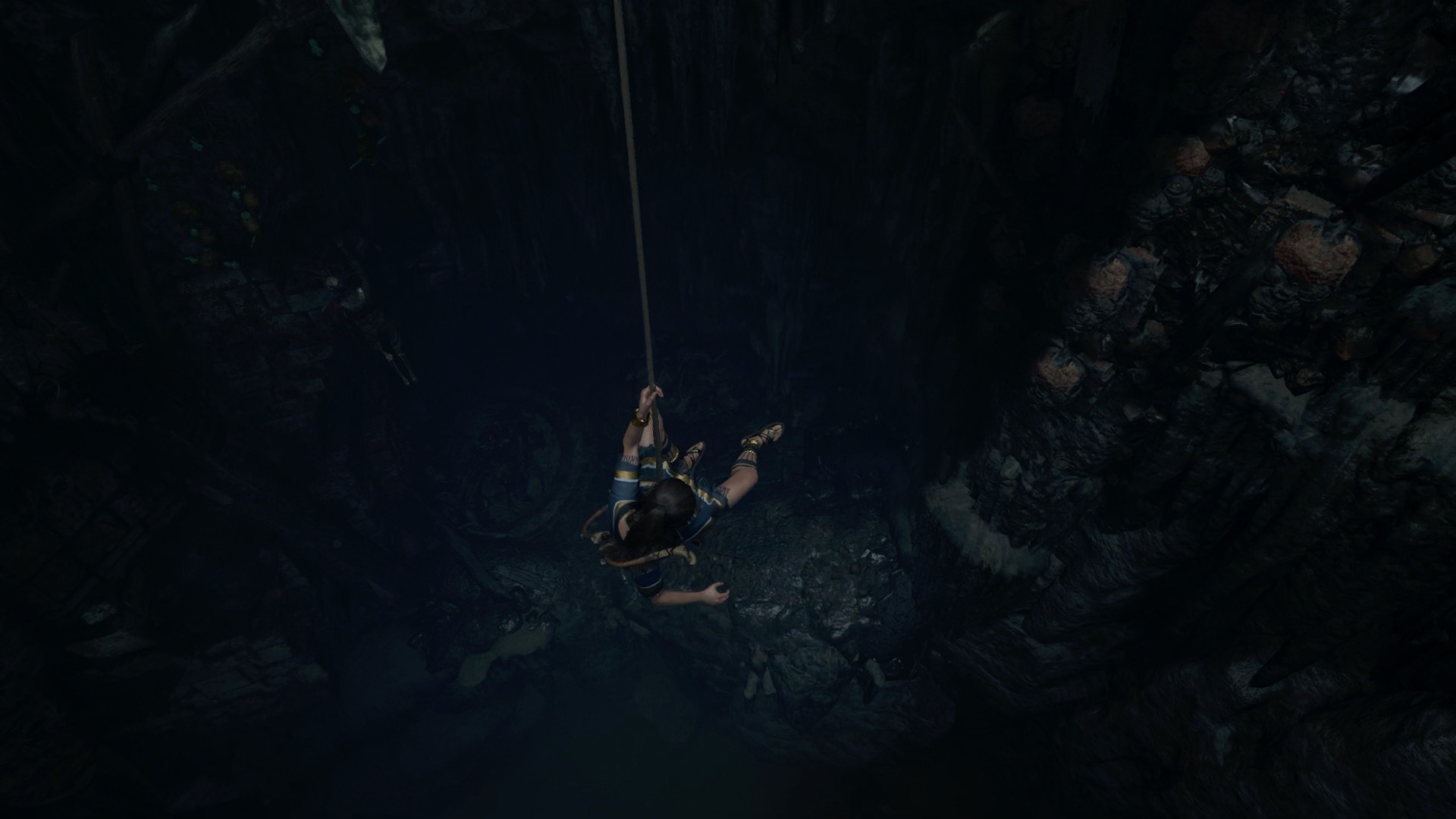 Stealth has been getting more and more important in this series over time and there is no change here. There are some areas where if you go in all guns blazing, you will have your ass handed to you on a silver platter. Thankfully, you can cover yourself in mud to make Lara harder to detect and hide in vines coving the walls. You can also break line of sight once detected and hide somewhere else should you get spotted.

Speaking of stealth, underwater stealth has also become a thing in this game. There was some is Rise, but this is a bit different. Instead of using to water to hide from enemies, you now have to hide from enemies in the water. Those would consist of eels and piranhas. The eels are easy, if they find you, you stab them and then go along on your merry. The piranhas, on the other hand, mean instant death. They are not new to the Tomb Raider franchise, but they are also not something I missed. There is no rebreather in this game so you don’t have the luxury of taking your time to avoid them. There are times you just have to plunge forward and hope for the best.

The good thing is that (at least on normal difficultly) the baddies are rather dumb. If you sting a guy up from a tree, the others will stare at him for about a minute before they decide to look around, giving you ample opportunity to take down a few more people. If you are hiding against a wall and have 10 dead bodies at your feet, more are going to come to investigate. None are going to think that maybe this is a bad idea. If you want more of a challenge, you can up the difficulty at any time. I, on the other hand, enjoyed my corpse piles. 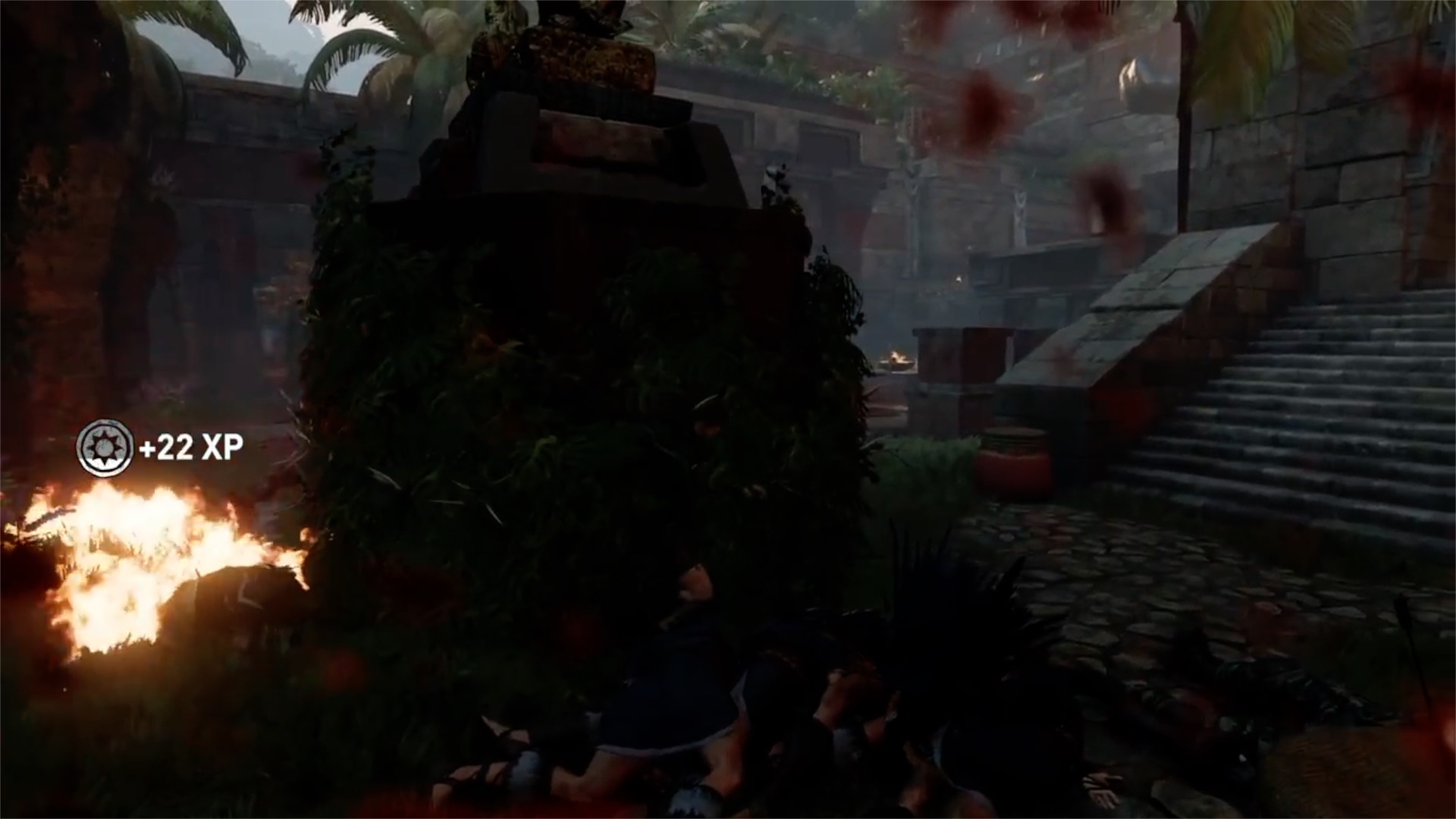 There are a few different herbs around that Lara can utilize. I personally did not make much use of these as I didn’t really feel the need. The one I used most often was healing, even though your health does regenerate. That was something you could also do in Rise. There were two new ones added for this game. One is endurance which will have Lara take slightly less damage for a short time. The other is perception where Lara can see collectibles without the use of her survival instincts. Though it does make the world around you look a bit different. After this adventure Lara might need a little time in rehab. Who knows how addictive those plants are?

Overall, Shadow of the Tomb Raider was a very solid game. In my opinion, it was the weakest in this current series, but still a very good game when not compared to the others. The story was interesting, the characters were believable and the climbing and fighting were not. Pretty much everything I wanted. Plus the graphics were absolutely stunning. If you have a 4K TV, this will be money well spent. The only reason I lowered the score was for the occasional glitches in the running sequences and the civilization hub worlds. Everything else was all I could have asked for and more. 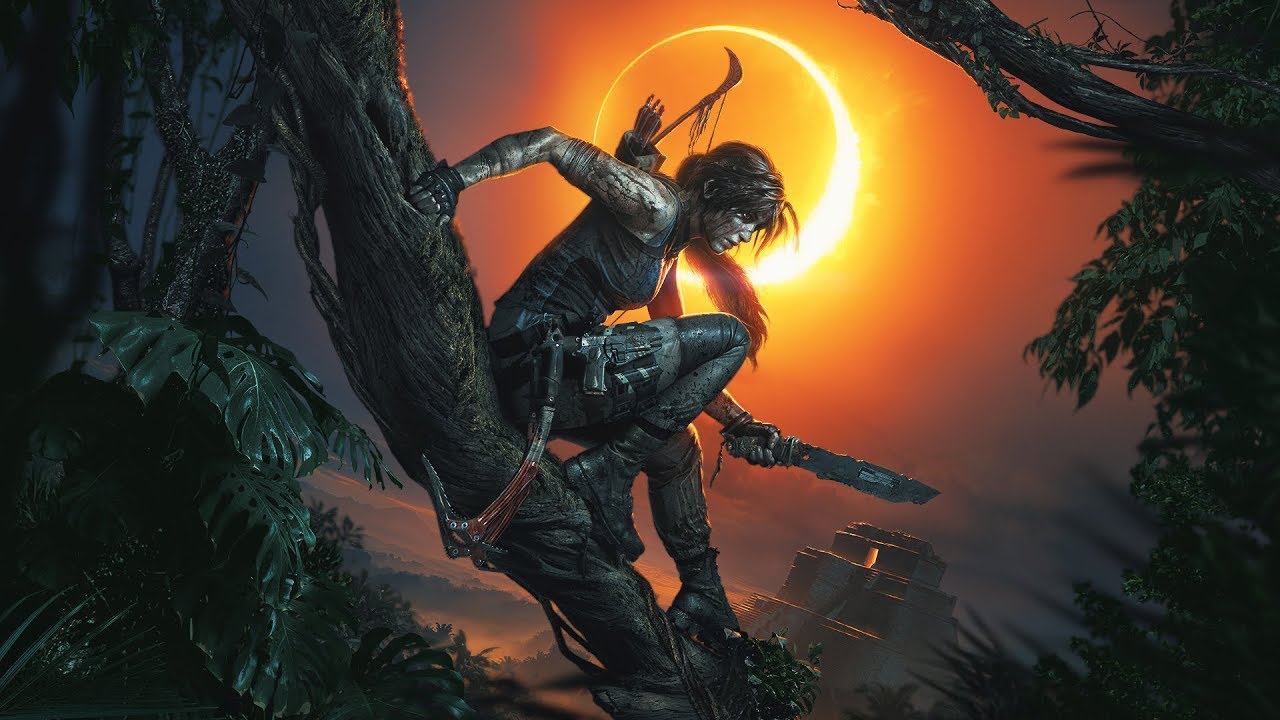