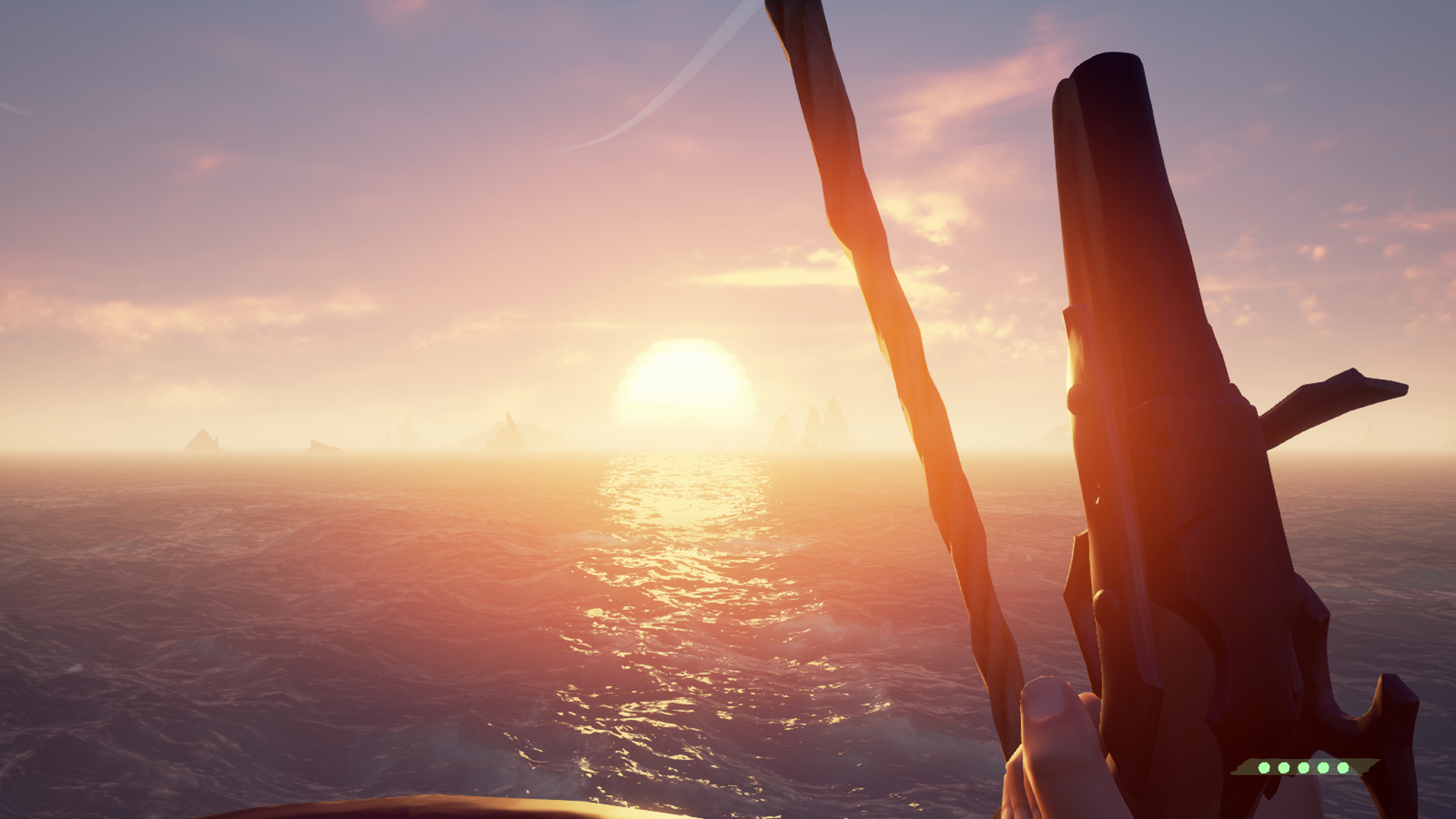 Sea of Thieves: An In-Depth Look at the Game We Want to Love

So, it’s been three months since Sea of Thieves was released. It was heavily hyped up way before it came out. Rare was coming back and in an unmistakably huge way. They were giving us the pirate game we always wanted. Watching the beta gameplay excited many of us who imagined sailing the seas alone or with friends the way we were meant to. It was undeniable that there was something intoxicating and gravitating about this whole prospect. Today, some people believe you just need to be more imaginative while others believe there is simply no content. Let’s get into the details and make our own individual decisions.

The sound effects in this game are absolutely amazing. Everything that can make a sound is exactly how it would be in real life. The anchor, the sails catching the wind, the breaking of waves upon your ship all have an immediate and life-like sound that makes you feel like you’re really apart of the world. Even the music for combat is pretty nice to hear and gets you hype for taking on the Pirate Captains. I’d say the most impressive sounds are when you enter into the eye of a storm and are bombarded with the hell that is the ocean’s wrath. The rain falls heavily, the wind howls, and your ship creaks as it tries to stay strong. You truly feel in the shit.

If any game should win the award for best graphics, it should be Sea of Thieves. Every single day and night in this game is breathtakingly unique. There is never a moment when you don’t take in the awesome views all around you. The rising sun turns into a whole array of sweet colors while the moon shines bright white or blood red. It all captures your attention and keeps hold of you.

The story here guys is absolute zero. I mean, right off the bat there is nothing that pulls at you story-wise, because they just plop you into an open world pirate game with no of it. This wouldn’t be a problem if not for what I’m going to cover next. 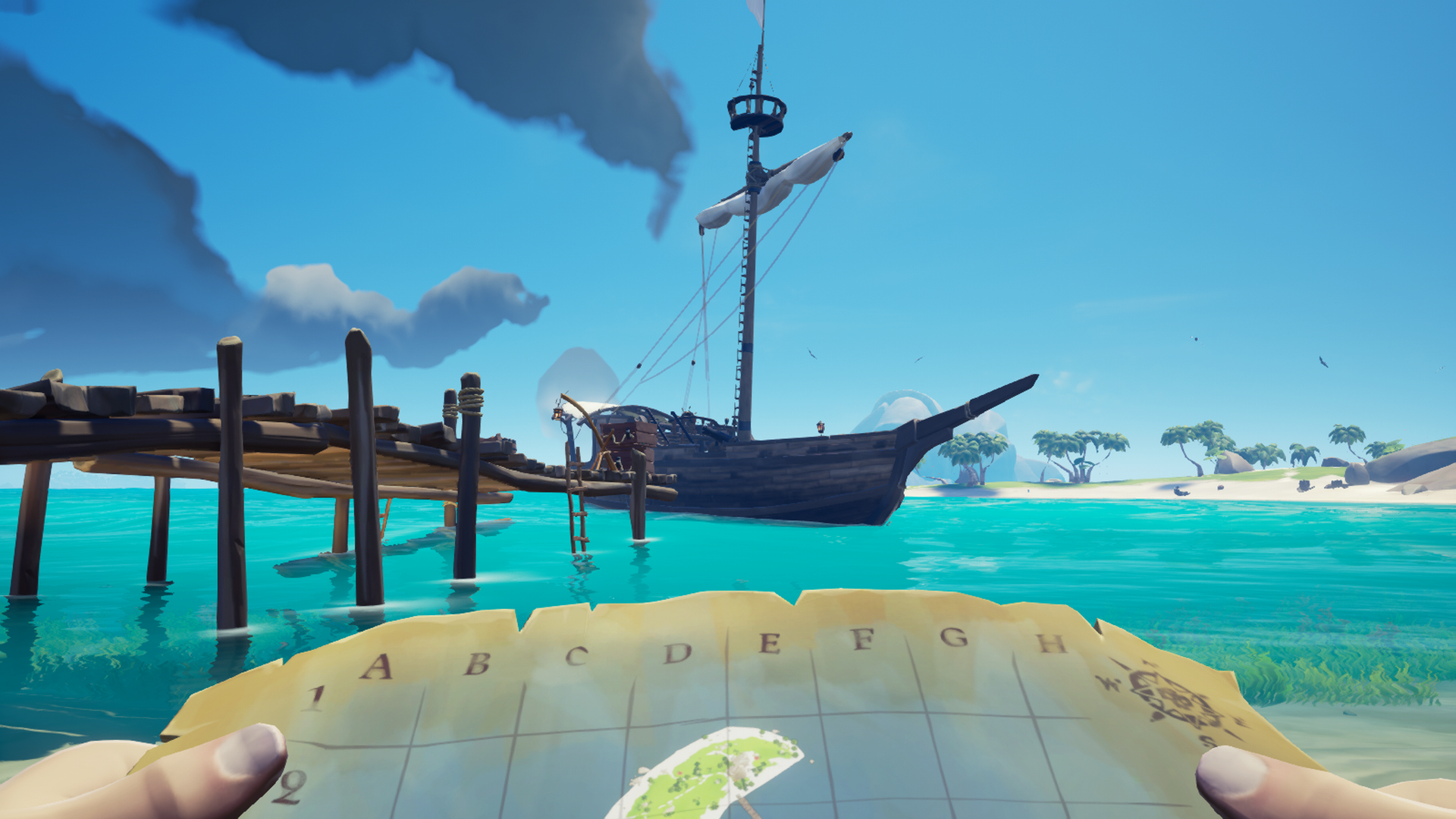 Now, a lot of people on the web keep saying to just use your imagination. This only takes you so far in this game, because there is barely shit to do. It’s been proven that multiplayer games can succeed without stories/campaigns, but the problem is that they didn’t give us anything. I’m all for using your imagination, but you still need content to use your imagination. We have a game with no story or things to do.

There is literally two objectives of the game: transporting things from place to place and messing around. Msssing around could mean stealing other player’s ships, having ship battles/fighting other players, firing out of cannons with your friends, taking on skeleton forts, fighting sharks, fighting the Kraken, getting drunk, or playing music. That may seem like a lot, but there is an expectation of way more things to do after people have played titles like The Elder Scrolls or Fallout. We have very minimal interaction with NPCs. Most are just there for us to buy cosmetic items.

There are three factions in the game that involve you taking things from place to place. You have the Order of Souls where you kill skeletons and the skeleton captains for their skulls. You have the Merchant Alliance that has you capture different colored chickens, pigs, and cobras. You also have the Gold Hoarders where you hunt for treasure chests with an x on a map of an island. Sometimes you have to complete riddles for these treasure chests. Sometimes skeletons pop out of the ground when you initially find them

When it comes to killing skeletons, you also have the option of attacking skull forts. They’ll only have skeletons in them when you see a skull cloud. Just make your way over to that location and a plethora of gold is waiting for you. The only problem is, it takes a long time and is best done with friends, because there are a lot of skeletons. 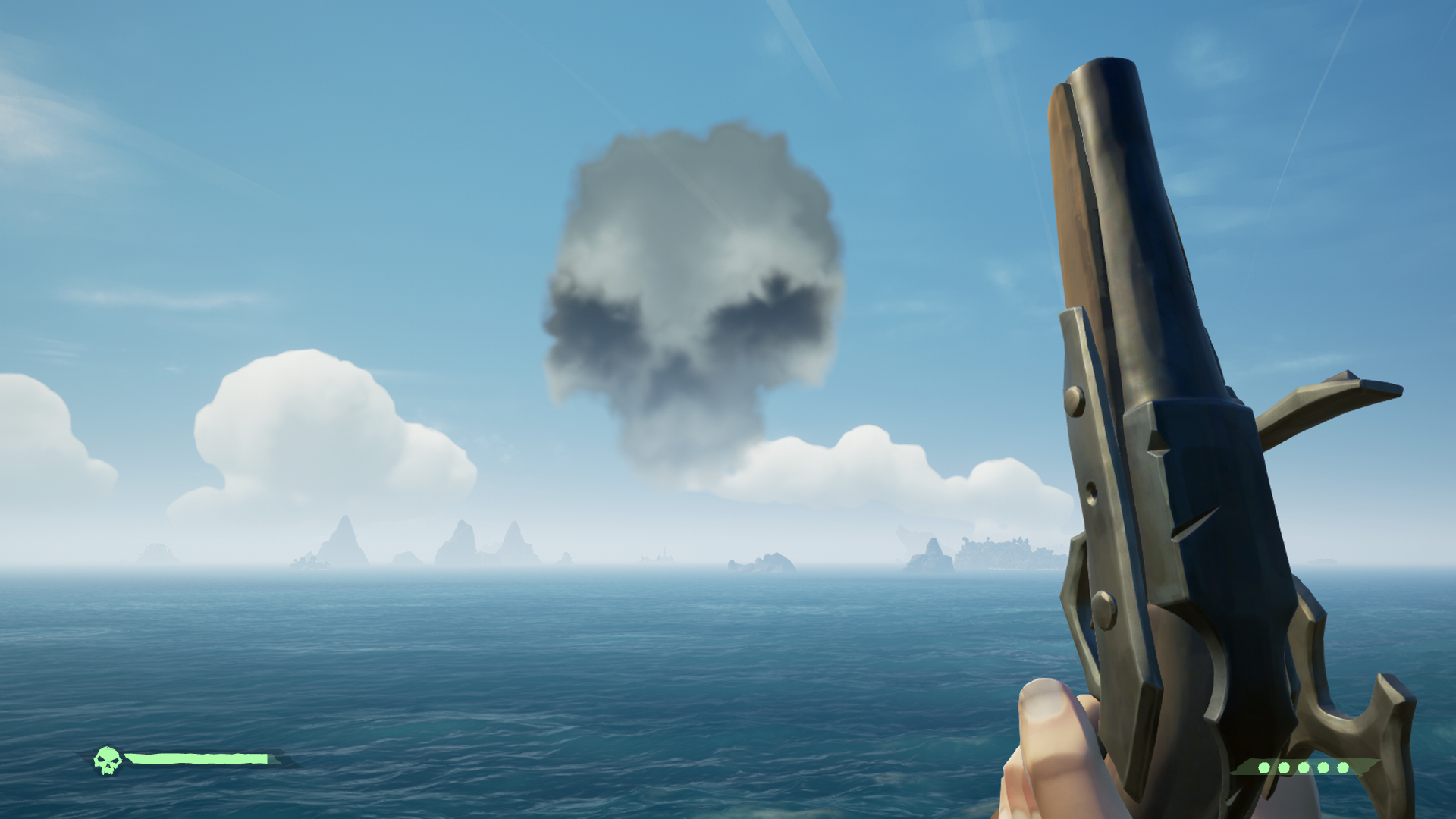 They allow up to 20 people at a time to play on one server so the likely hood of a fuck ton of people going at it all the time is really low. This is kind of nice, because sometimes you do just want to enjoy sailing the sea without mischievous dickwads interrupting your peace.

Captains: These guys are found when you’re doing Order of Souls missions. You’ll have to take on about two to three waves of their lackeys before they come out of hiding. When you first attack the skeletons, you’ll notice a little war beat going on to let you know shit’s heating up. Once you have beaten all the waves, you’ll hear a faster more upbeat rhythm come in. This is when the Captain (s) appear with some minions.

Gold: These guys are covered in gold as there armor, and are tough to take down. You’ll have to shoot them with firearms to have a better chance of killing them. It helps to get them into the water, because they’re weak in it. It’s even better if it’s raining.

Nature: The leaf covered skeletons are strongest in water, so you’ll want to keep them away from it. Using a sword would be your best bet against this foe.

Shadow: These guys are really only a threat in the night time. They do take longer to kill than most skeletons though. You can distinguish them from their shadowy figure and purple eyes. During a night attack on them, using a lamp is the best way to keep them off of you and make them weaker.

Regular: A couple of shots from your pistol or a couple of swings from your sword will take these guys down very easily. Most have swords but sometimes they’ll keep pistols and blunderbusses on them so be careful with that. The best way I found to kill the ones with firearms is by dropping anchor right next to their location and shooting at them from the safety from your ship.

Other types of enemies:

We just have sharks, the Kraken, and a Megalodon. Basically, the last two enemies mentioned occur randomly, but you have to be watching for distilled parts of the ocean to see them coming.

Sirens: Don’t worry, they’re not here to sing you to a painful death where they suck your soul from you or eat you. Whenever you fall out of your boat (which I definitely did with it at full sail), they’ll appear near you with a green flare like device and smoke coming from it. You just gotta make it to them before the sharks gobble you up. 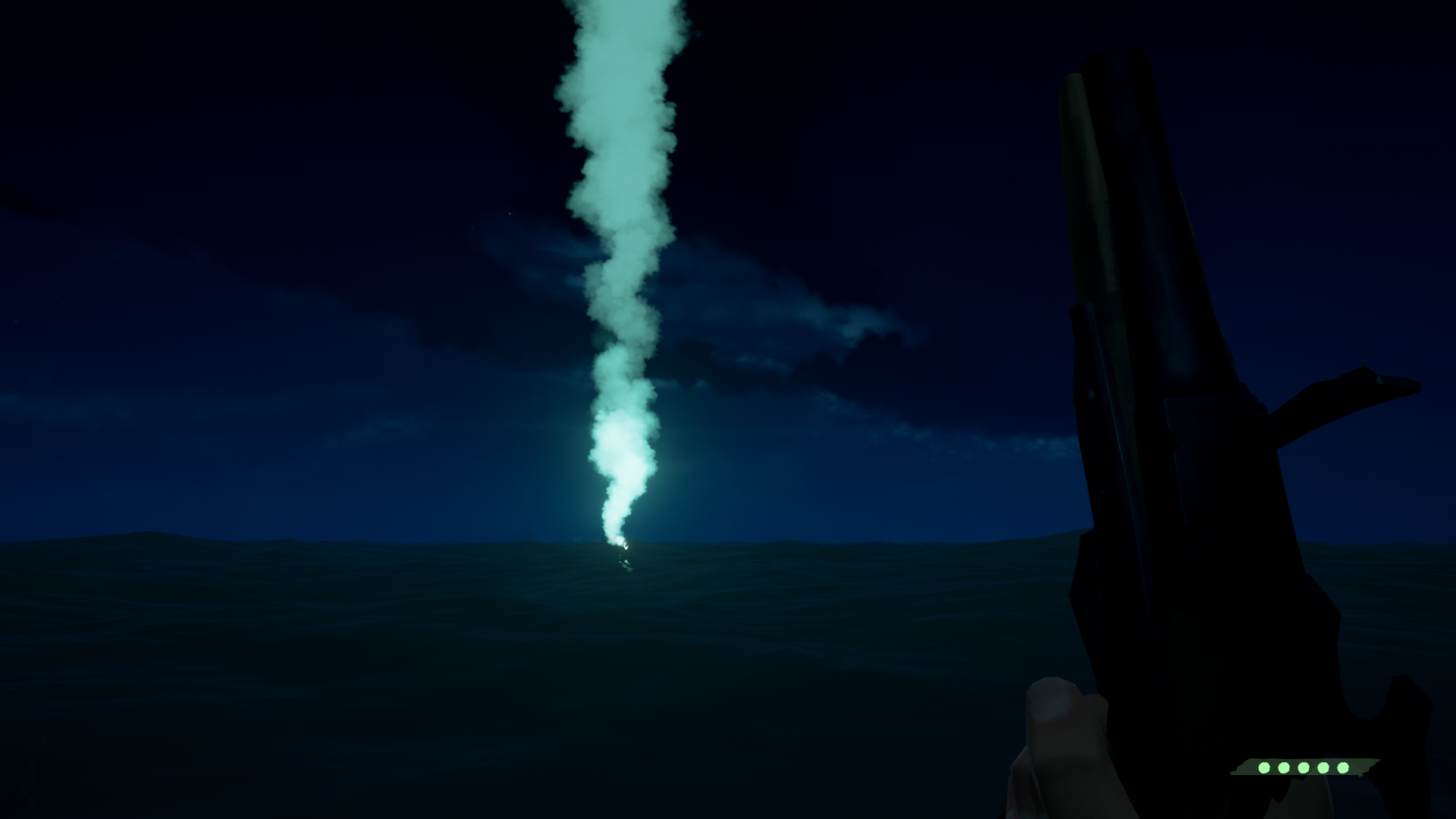 You have the one to two-person Sloop or the one to four person Galleon. The Sloops are nice because they are really maneuverable, so you can out turn the Galleons and be on your merry way. It’s a lot easier to patch your ship up with it being so small. The Galleons are really fast and heavily armed. If you want to properly move this ship, you’ll want a full crew.

Honestly, I absolutely love the game. It’s definitely fun to play in sprints. It just doesn’t have the ability for most people to play for hours on end. It’s not that the game is horrible. This world just feels dead. Yeah, there are people, animals, and undead in it but none of it truly makes the world breathe. With no story in the game, Rare has to provide content. By this, I mean an ever-flowing world. The world needs more enemies and also more allies like the Sirens. NPC ships should roam around the world to make it much more interactive. We need NPCs on the main islands actually living life and doing things. We should be able to have interesting dialogue with any of those NPCs. Big ship battle between NPCs should pop out of nowhere every so often.

I definitely love how fun it can be to play with your friends or total strangers. With more to do in this game, it’ll be an absolute blast with your squad. That’s the feeling they’re going for, and I hope the game eventually realizes that dream.

The player should be able to interact with way more objects in the world to allow the freedom of imagination. We also need more missions that just the go from place to place for some merchant. There should be mercenary hideouts we can attack other than just the skeleton forts. Maybe some drinking, arm wrestling, or fighting contests would be nice for players to challenge each other in. A skill progression and weapon upgrades would make the game diverse and give the player a real reason to gain levels. The cosmetic items should also not be as pricey as they currently are. I mean, you really have to grind for the ship cosmetics. 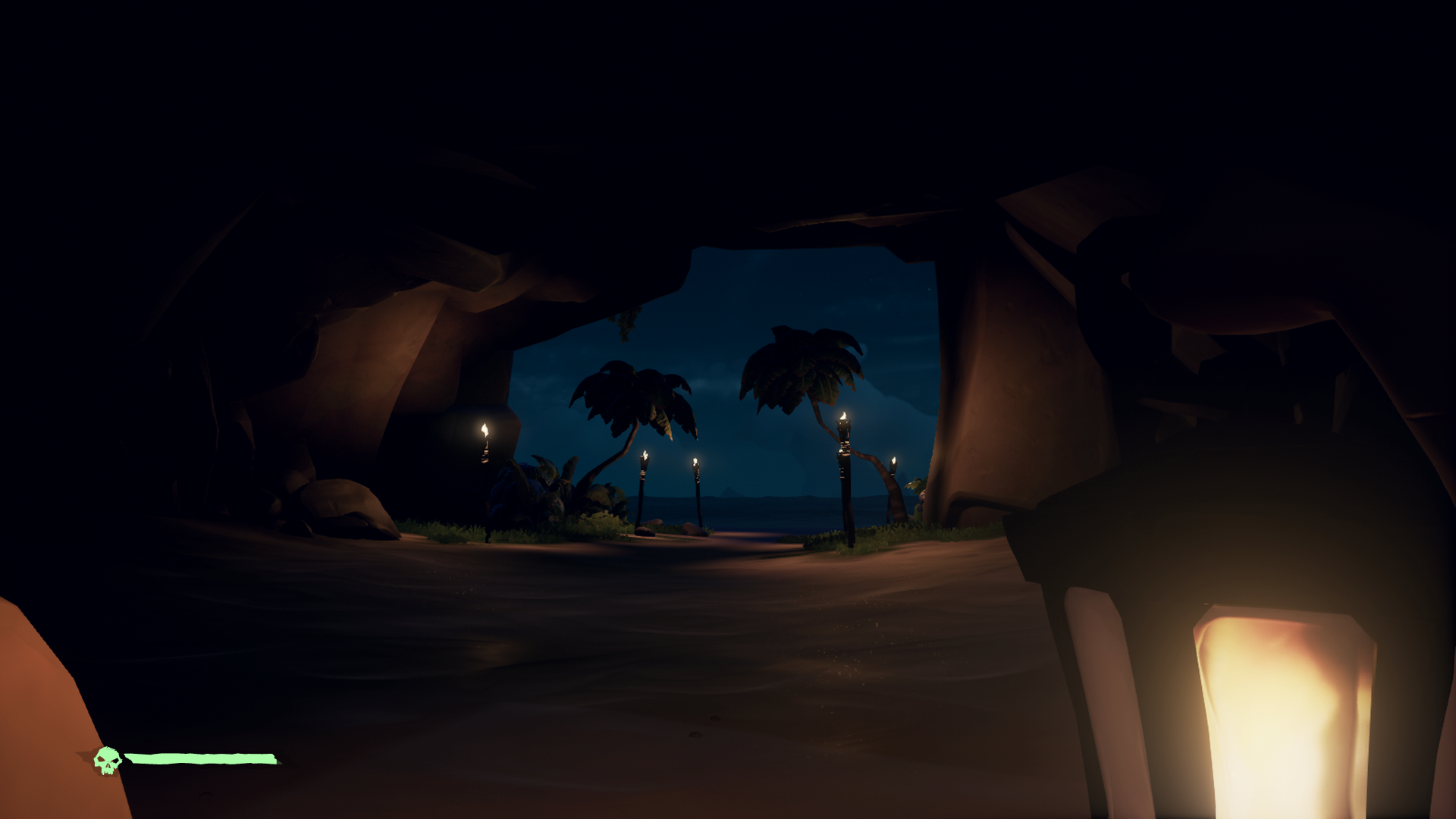 This is a game that could be great, and hopefully it becomes that with the upcoming DLC they’ve promised. What do you guys think about this game? Let me know in the comment section. Peace! 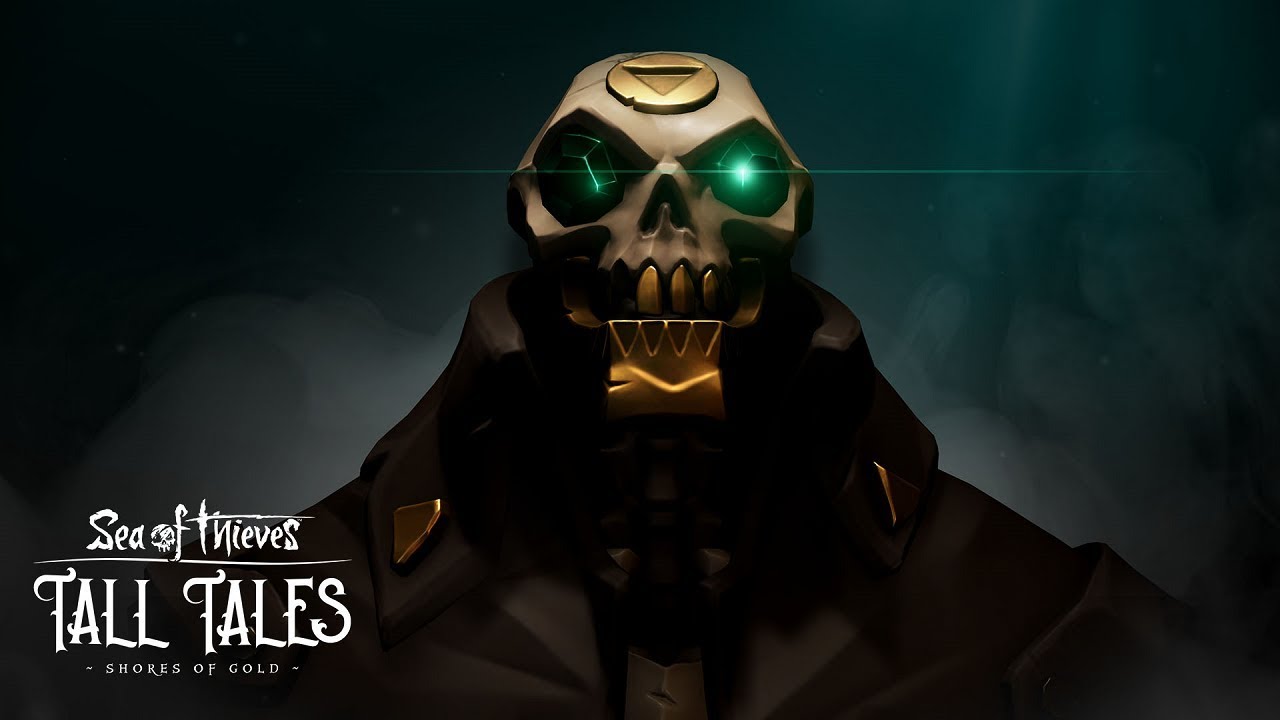