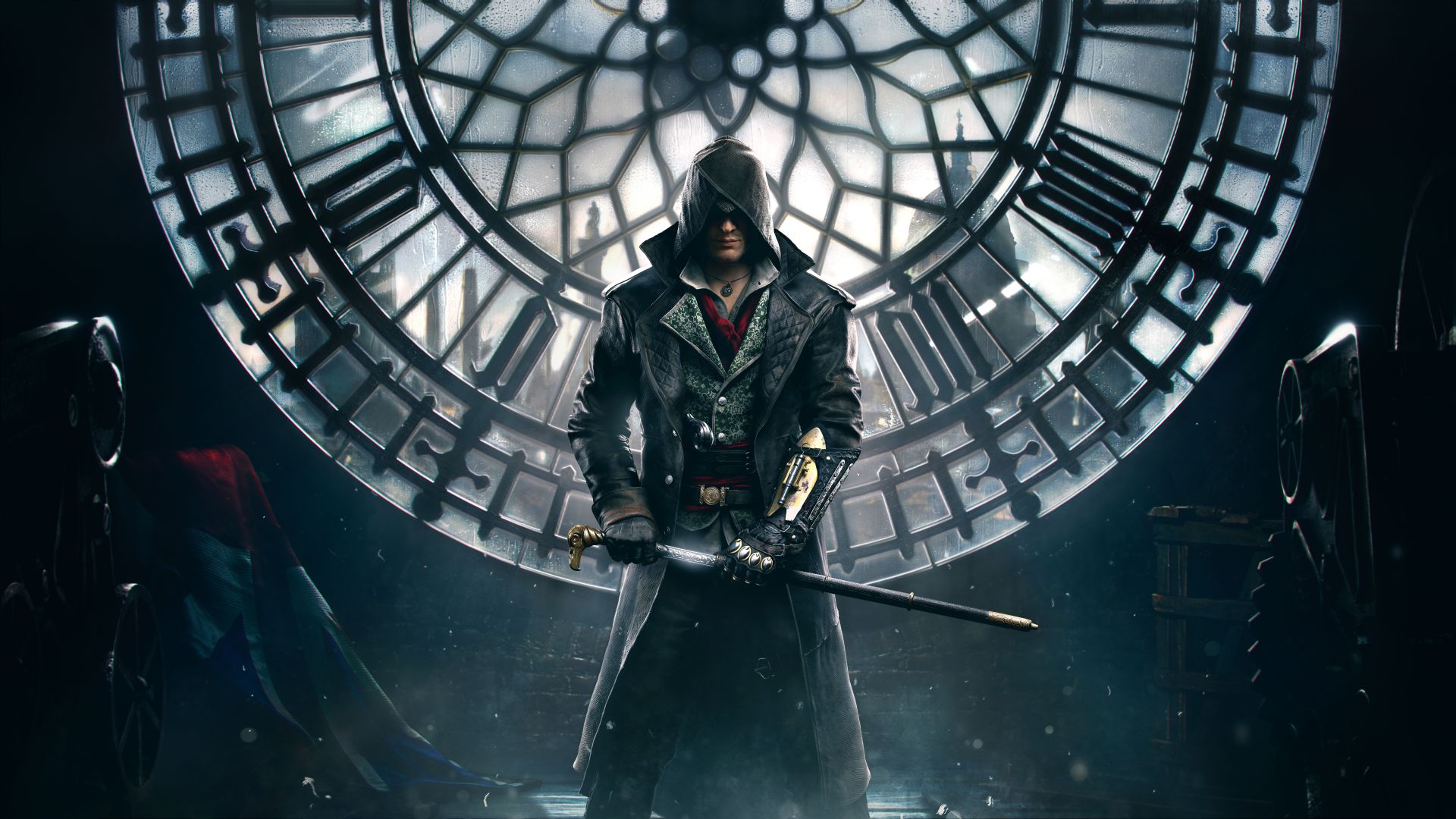 Revenge Is A Dish Best Not Served At All

One thing you might notice right away is that the main characters wipe the blood of their latest victim on a small piece of cloth, very similar to how Altair would wipe the blood of his victims on a feather. Once I noticed this similarity it occurred to me that this is because the team that made AC1(and 2 & 3) is the same team that made this game, and while they have made some of the best games in the franchise, they clearly have not updated their control schemes.

For me, the two most critical aspects of a game is the story(and how it is presented), and how well the controls function. Even if the game play controls terribly, I will still give it a shot just to finish the story. The story is still a bit generic, a simple revenge plot like so many other Assassin’s Creed games before, and the only twist is the ‘twins’. While I wouldn’t say the story was bad, I wouldn’t say it was great either. None of the characters are all that memorable, and unlike previous Assassin’s Creed games, the historical figures play a very small role in the story. Almost all of the missions tied to historical figures are side missions entirely unnecessary to beat the game. While not quite the most disappointing aspect of this game, it still doesn’t live up to the expectations that come with an Assassin’s Creed game.

My initial impressions were actually quite good, I found myself playing this Assassin’s Creed game like any other. I would do a mission or two and then run around the area completing side missions and opening treasure chests. Eight hours in and I was only on Sequence 4. By this time the controls started to show their age, and the new grappling hook attachment nothing but frustrating. I had moments where I could grapple a ledge well over 200m away, yet about 80% of the time or more cannot grapple a ledge less than 50m away, and sometimes even end up grappling a ledge behind me or in a different direction than I intend to go. If I tried to make a go of it on the ground, I often found myself running in place as if I were tripping as I sat stuck, trapped on an immovable NPC. This game is absolutely more frustrating than anything I’ve played in the past year, and for me that is unforgivable.

I honestly felt the controls took a giant leap backwards from Unity to Syndicate, the parkour and climbing mechanics were constantly screwing up when I needed them to work most. In AC Unity the free-run down controls made free running at the ground level and traveling downwards so simple and did not cause accidental deaths or mission failures, and the free-run up controls always seemed to know what to do when I ran up to an object or building. In Syndicate my character always seemed to run into the wall face first before it realizes i’m holding RT + A. And the free-run down option literally does nothing when you’re trying to chase an enemy at ground level, you just run into an object and stop dead in your tracks.

Another major point of contention I had with Assassin’s Creed: Syndicate is the new fight system. This new fight system feels more like a cheap UFC imitation, with most enemies feeling like sponges, absorbing damage unfazed. This does not make me feel like I am controlling an assassin but rather a generic run of the mill thug. If I wanted a game where I punched the shit out of some guy and nothing happened, I’d go outside and smack my neighbor. For an Assassin’s Creed game to feature two main characters who in now way resemble assassins is unforgivable. Even when I reached level 8 and had some powerful items, I did not feel like a bad ass killing machine, which is a large part of why people like us play these games.

As if the major step back in how the game controlled wasn’t enough of a slap in the face to Assassin’s Creed fans, the level design which had returned to top form in Assassin’s Creed: Unity also took a giant leap backwards, if not right off a god damn cliff! Assassin’s Creed games are meant to be played from a high vantage point, working your territory from top to bottom, attacking from above(like an eagle). Previous Assassin’s Creed games have made an effort to alter historical accuracy just slightly in order to streamline the game play(and story), allowing you to move from building to building with relative ease.

In Syndicate, trying to navigate the rooftops, especially when trying to escape or tail an enemy, can be damn near impossible. The streets are excessively wide, creating a need to rely on the unreliable grappling attachment, and the rooftops are incredibly uneven and littered with obstacles. The control scheme doesn’t do well on a flat surface, so trying to navigate the city via rooftops is an absolute nightmare. All simply to accommodate the addition of a controllable horse & carriage system that is as equally frustrating to use as the parkour system. It is damn near impossible to drive through the streets without crashing into everything, and at no point did I actually enjoy ramming my carriage into an enemies carriage, nor did it even make sense. It seems like a game play element that was added in simply to say it existed, not because it was fun and enhanced the game.

Just about the only thing that I truly enjoyed about this game was the sound. While the game does a very good job of creating an atmosphere that feels like you’re in 1800’s London, the thing I enjoyed the most seemed to be another lost asset from the very first Assassin’s Creed. If you kill someone, or toss someone off of a building, the crowd actually reacts. Outside of the first game, you could stab someone in the face, in the middle of a large crowd, stand in the pool of blood next to their body, and almost the entire crowd acted as if seeing a dead body was normal. WTF? This used to be the only thing I didn’t like about the Assassin’s Creed games, now it’s the only thing I DO like.

Final Word: Honestly, this game was so amazingly god awful that there was literally no chance I would have ever given this a half decent score. I have played, and finished, a lot of really bad games(i.e. Too Human), and Assassin’s Creed: Syndicate caused me more frustration just trying to play the game than the next 2 bad games combined. I really wanted to like this game, but every individual moment is hampered by the controls to the point the game was barely playable. This game was so bad it should be considered a hate crime. I begrudgingly gave it a 35, out of 100.