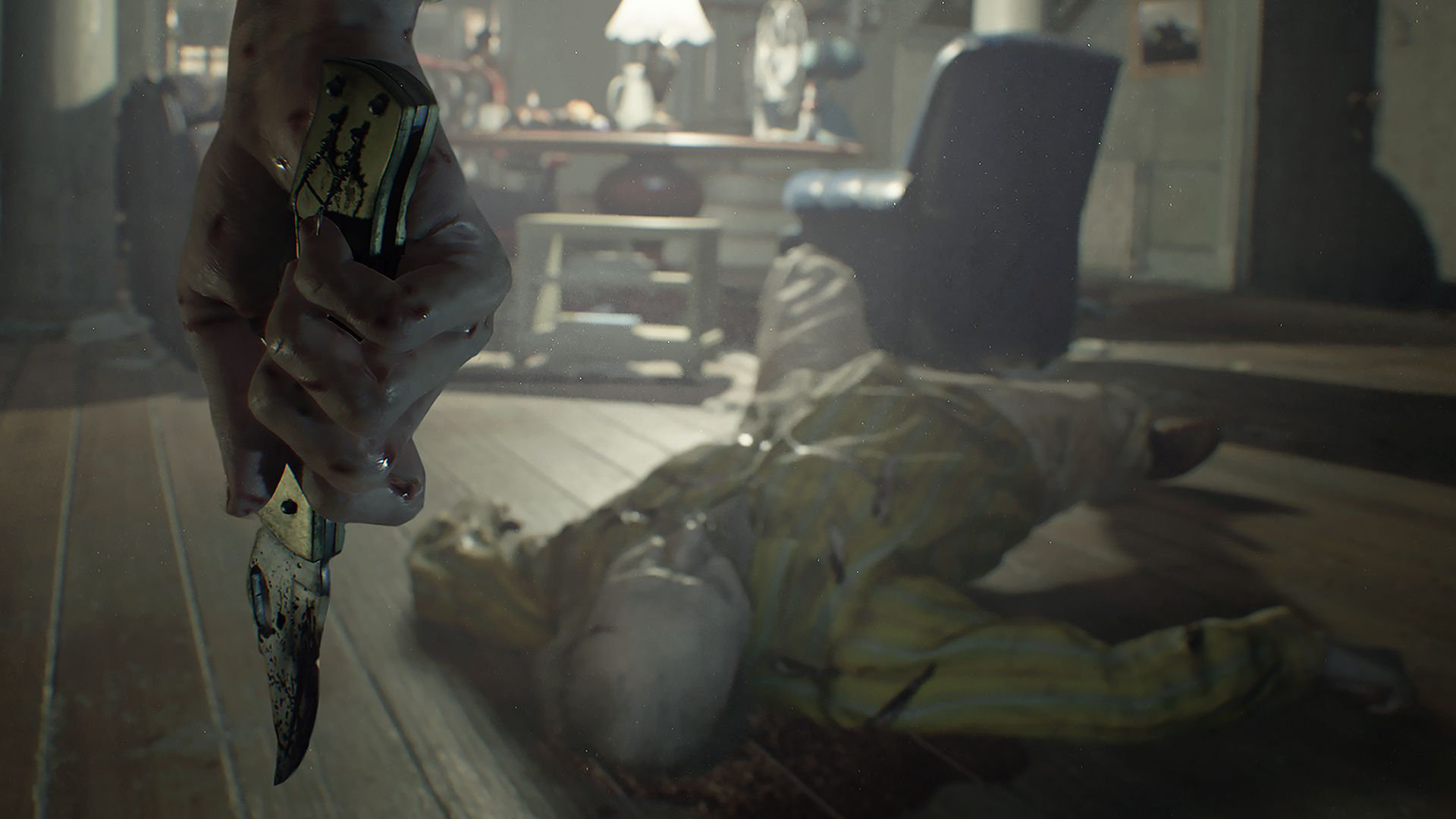 Resident Evil has always been the top choice for a horror game for all gamers over the last decade. Resident Evil 7 was released earlier this year and received generally positive reviews. Despite the new take on first-person, there are a few issues and the recently released Gold Edition did not fix them. Gold Edition consists of the original game, “Banned Footage 1 & 2” and “End of Zoe”. “Not a Hero” will be a free DLC regardless of the Standard or Gold Edition. Gold Edition is currently available for PlayStation 4, Xbox One, and PC.

But nonetheless, this is one of the best, if not the best, Resident Evil game I’ve ever played. I played with and without PlayStation VR and both experiences are somehow satisfying. 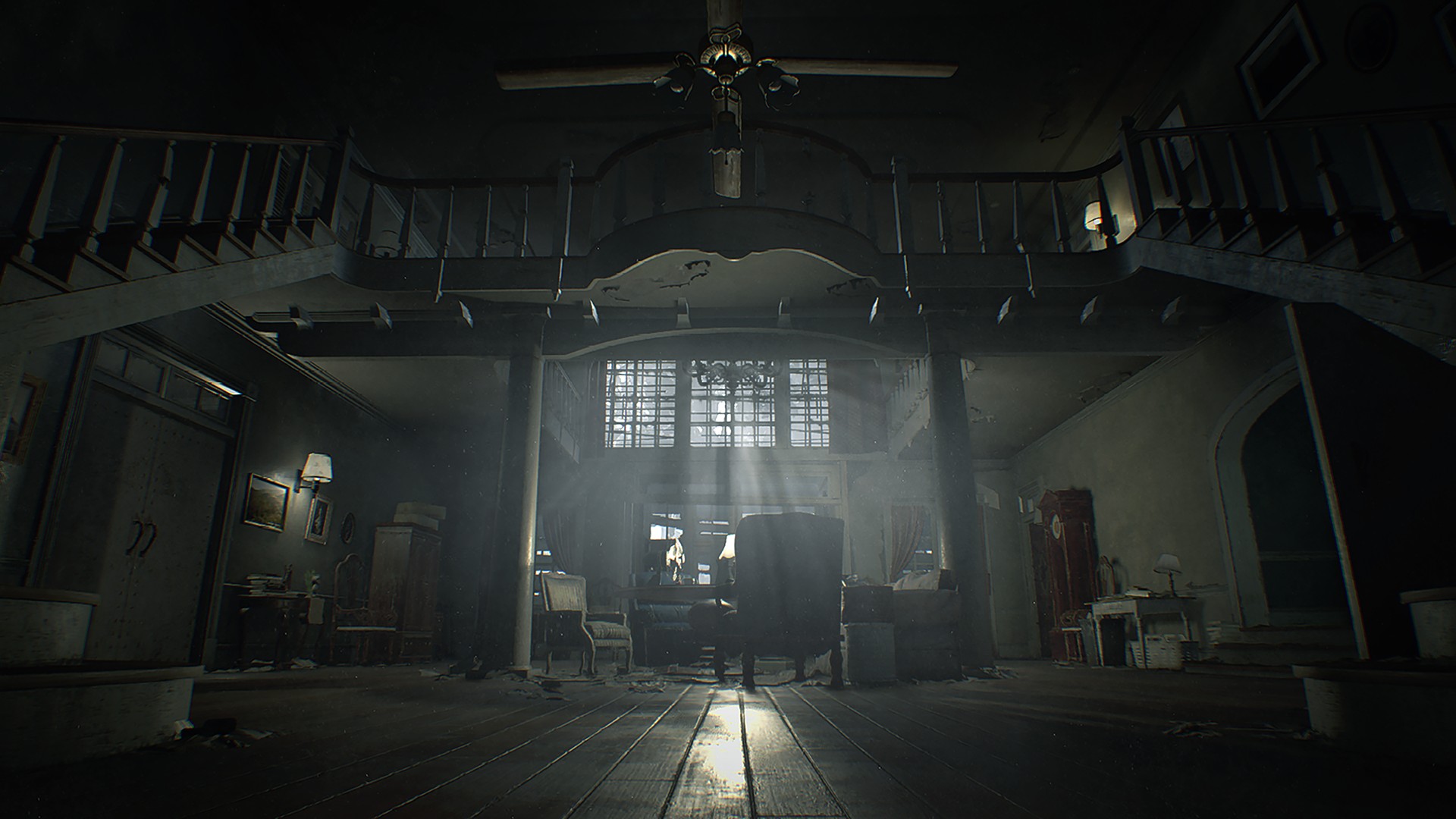 First of all, the game is not that scary compared to previous installments. It is more like you’re exploring around the mansion to gather materials and other resources (which will be handy later). This is probably something that hardcore Resident Evil fans might find annoying. When I played this game, I felt like I’m playing Outlast. Similar concepts with slightly better graphics and usage of guns (of course). Praises go to the insanely detailed environment and eerie atmosphere that will make you piss yourself. But the jumpscares are laughable and a bit cringy.

Puzzles are one of the major disappointment of the game as they were too simple. I personally spent less than 20 seconds to solve each puzzle and could not believe it myself. Resident Evil 7 could have added in a little twist where passwords must be figured out through solving riddles. Better yet, consequences await me if I entered the incorrect password. Overall, the game does not make me feel like I’ve solved the puzzle rather than accidentally stumbled upon the answers. 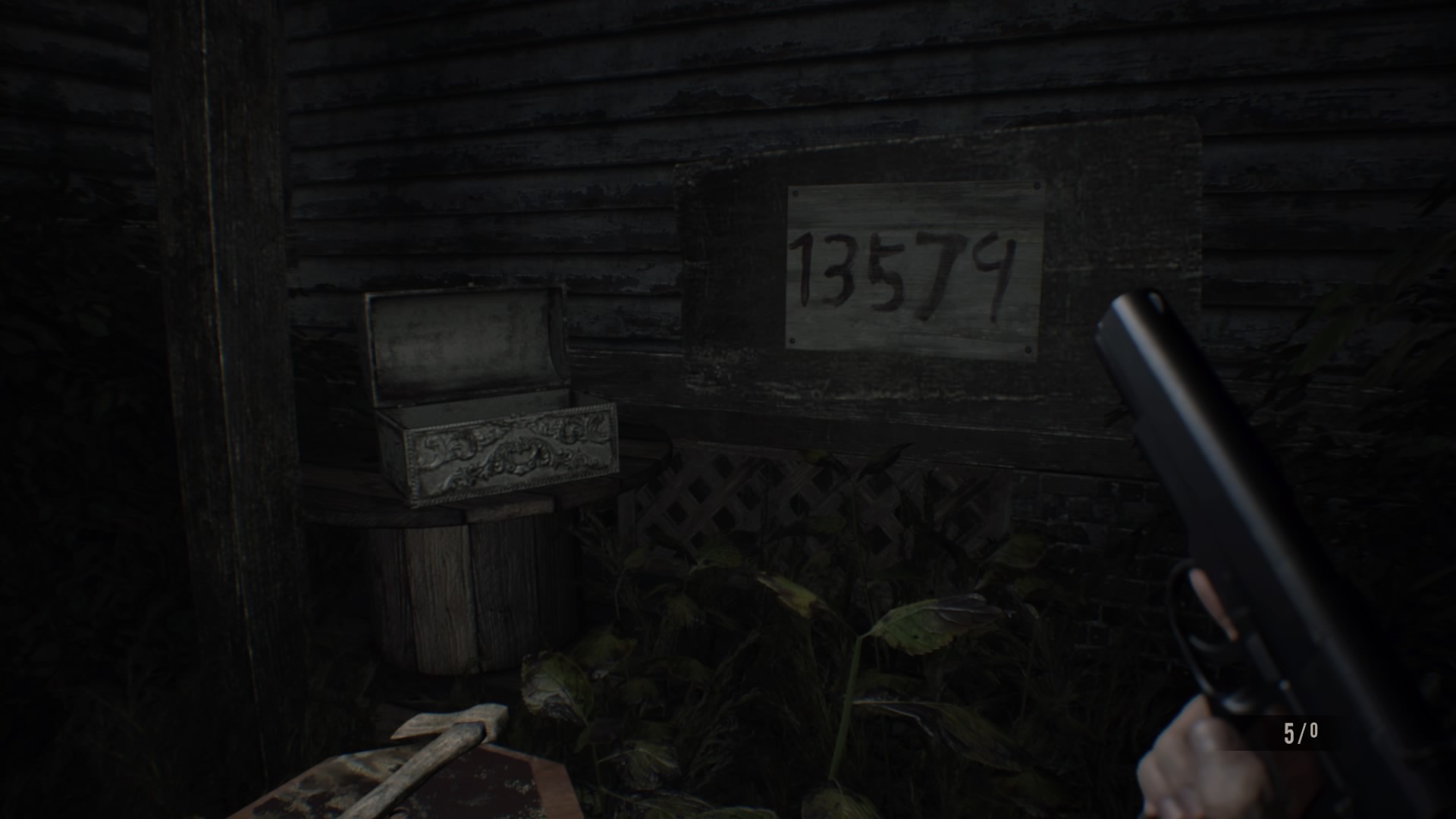 This game requires you to keep on moving and scavenging around and always look behind. The Baker family, one of the first few enemies you will meet, are always lurking around the mansion which makes you feel like you would rather hide under your bed than continuing the game. Jack Baker is no doubt one of the interesting enemies that can give you nightmares if you come across him. Previous installments of the franchise are no different than RE7 but none has ever made your heart jumped out that quickly just by hearing distant footsteps.

One important note: the Bakers are not the only enemies in the game. The more you encounter the enemies, the quicker you will get bored as most of the encounters are quite similar. 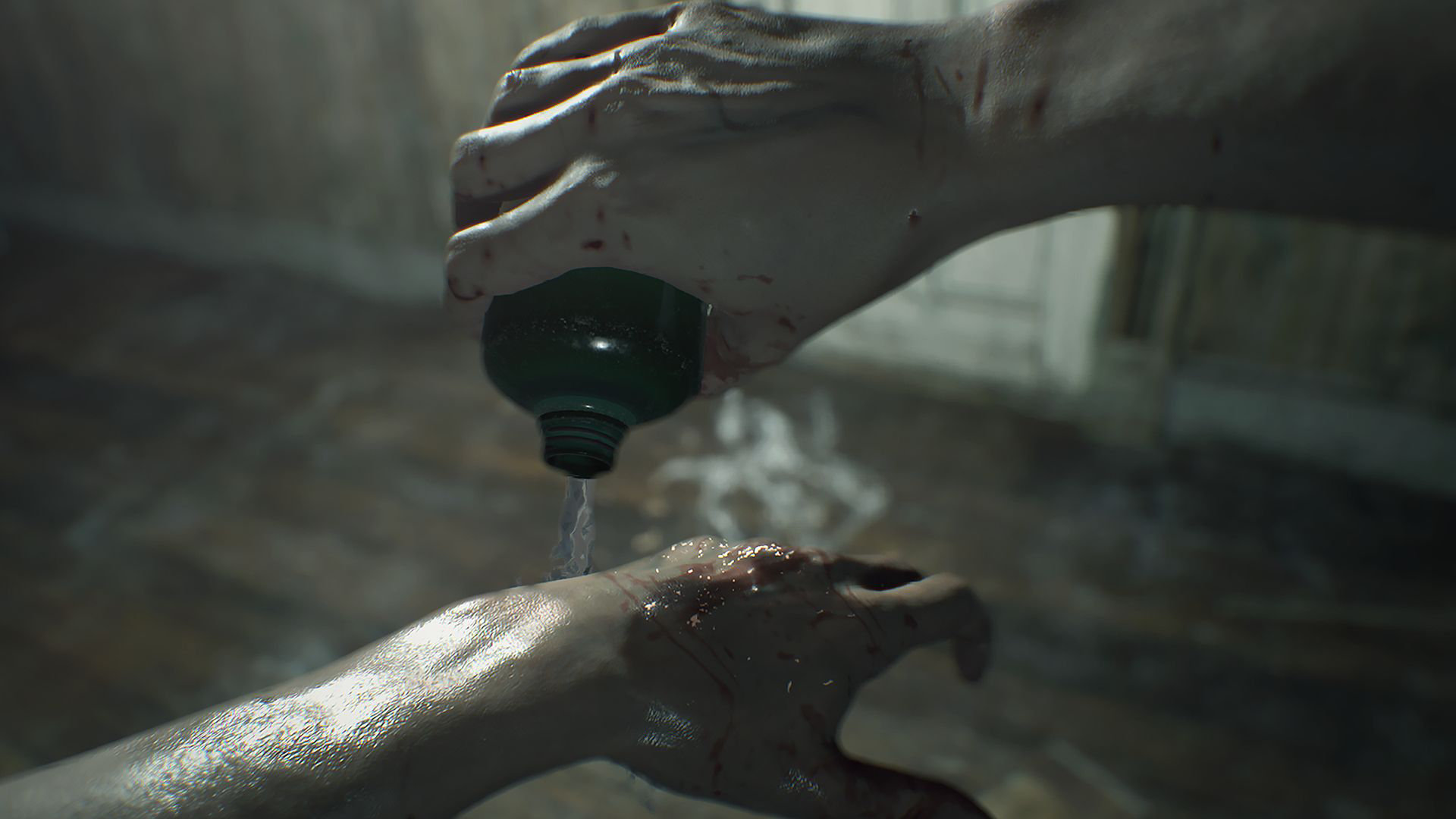 For your information, inventory space is limited, and ammo and health-restoring items are your two best friends. At one point, I ran out of ammo and it forced me to try to outrun the enemy. This is once again the main reason why we love this franchise.

To say that RE7 is a first-person horror survival game would be a misstatement. Instead, it feels more like an adventure game with horror settings. Objectives are clear and recaps are always shown on the loading screen whenever you load a save or died from making bad decisions. This helps you in remembering what you last did in the game without any hassle.

For real Resident Evil fans, there are loads of Easter eggs around in the form of notes and files. The game contains a lot of references to earlier Resident Evil games too. 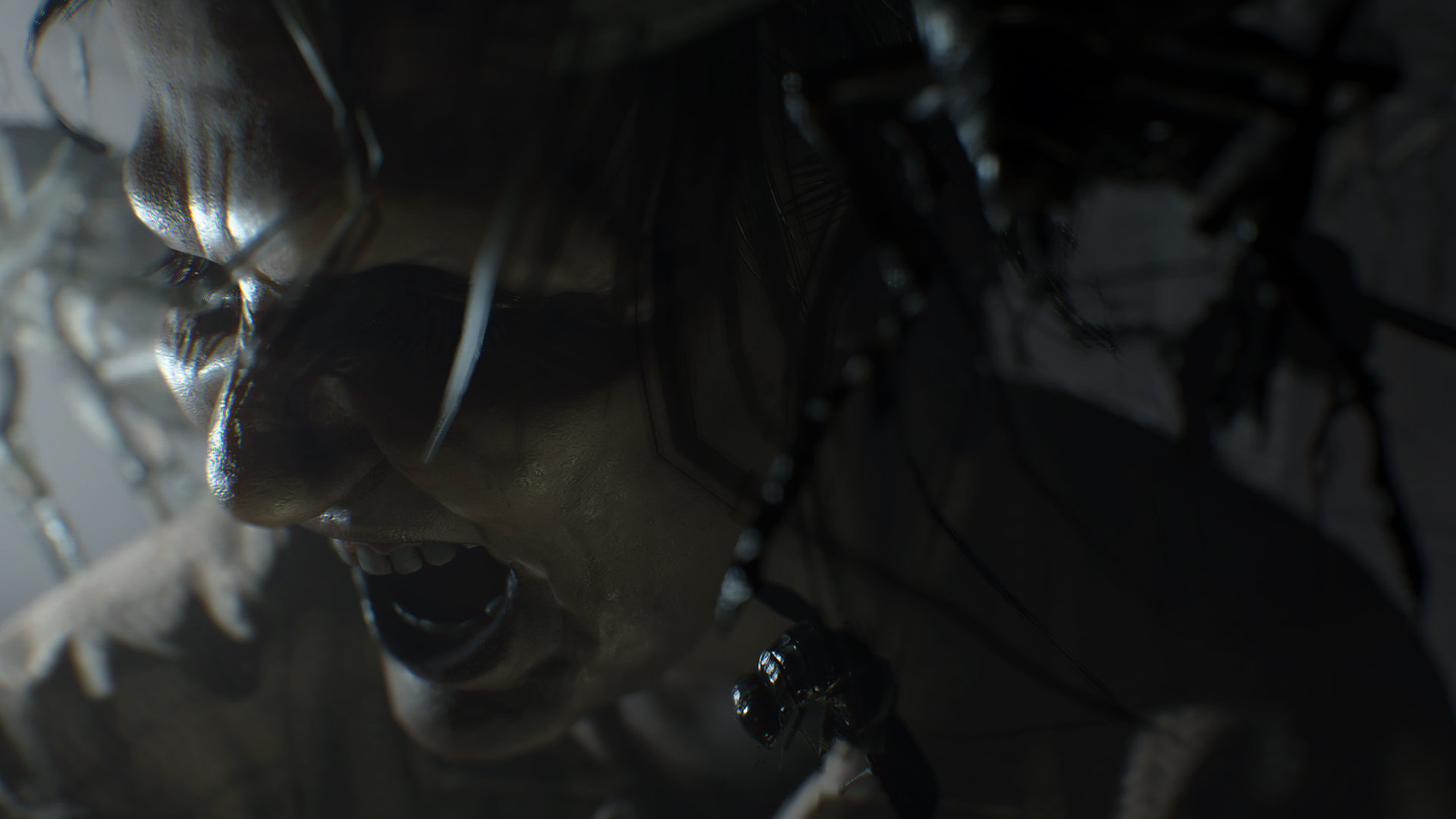 The final boss was kinda disappointing when you’re using PSVR. But even if you played without VR, the experience would just be the same.

Now we’re getting into one of the DLCs available, “Banned Footage”. This is easily a skippable DLC as the whole thing focuses on mini games rather than new stories. I would guarantee that most of you will NOT replay this DLC after completing it.

On the other hand, “End of Zoe” is a much more interesting story. The story follows Joe, Zoe’s uncle, as he tries to keep Zoe away from the Bakers. Feel a bit confusing with the names? Play the main game and you will enjoy this DLC like it’s a gift from God.

Finally, the DLC that did not really live up to its expectations, “Not a Hero”. This DLC follows a fan-favourite Chris Redfield as he tracks down Lucas Baker. First issue is Chris seems to be a little overpowered (yes, I understand he is the star of RE). Next, I expected the DLC to be longer as it was quite enjoyable. The whole DLC took me less than 80 minutes to complete (I wanted more!). Most importantly, I don’t see anything that can set up future events in the next installment of the franchise. 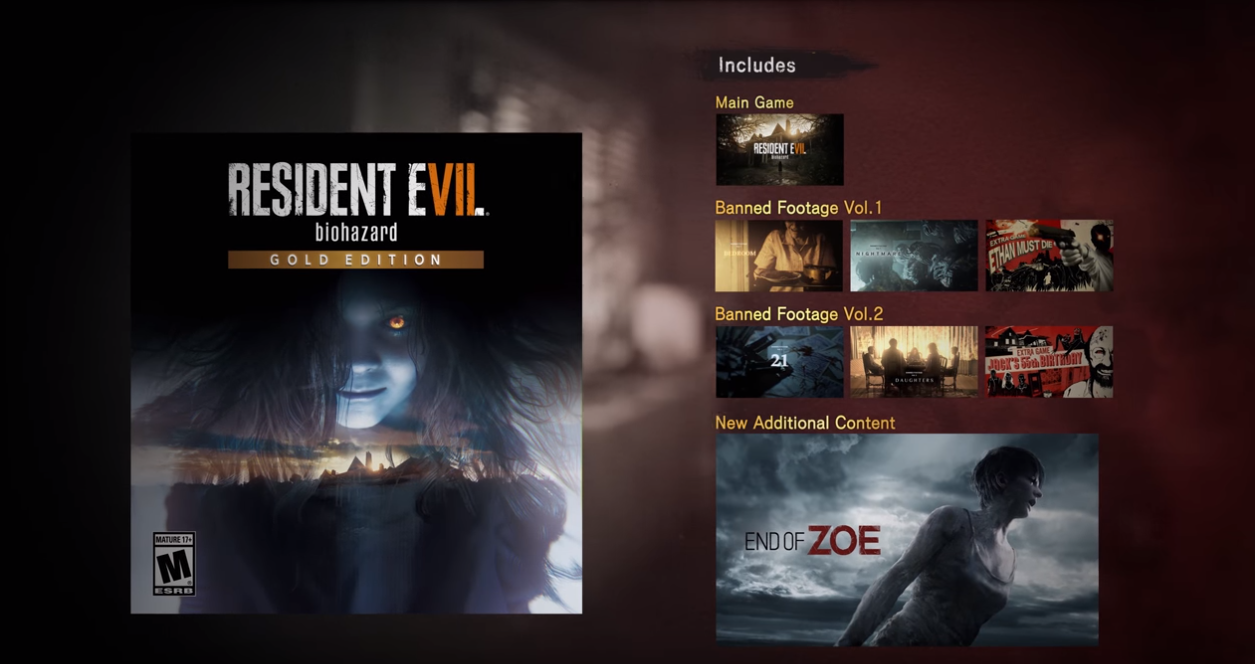 If you own a Standard Edition, then there is no reason for you to buy the Gold Edition as you can get “Not a Hero” for free anyway.

Overall, the whole game felt like a successful reboot of the franchise while still experimenting with new shift in style. Fixing the issues here would make the next sequel a masterpiece. 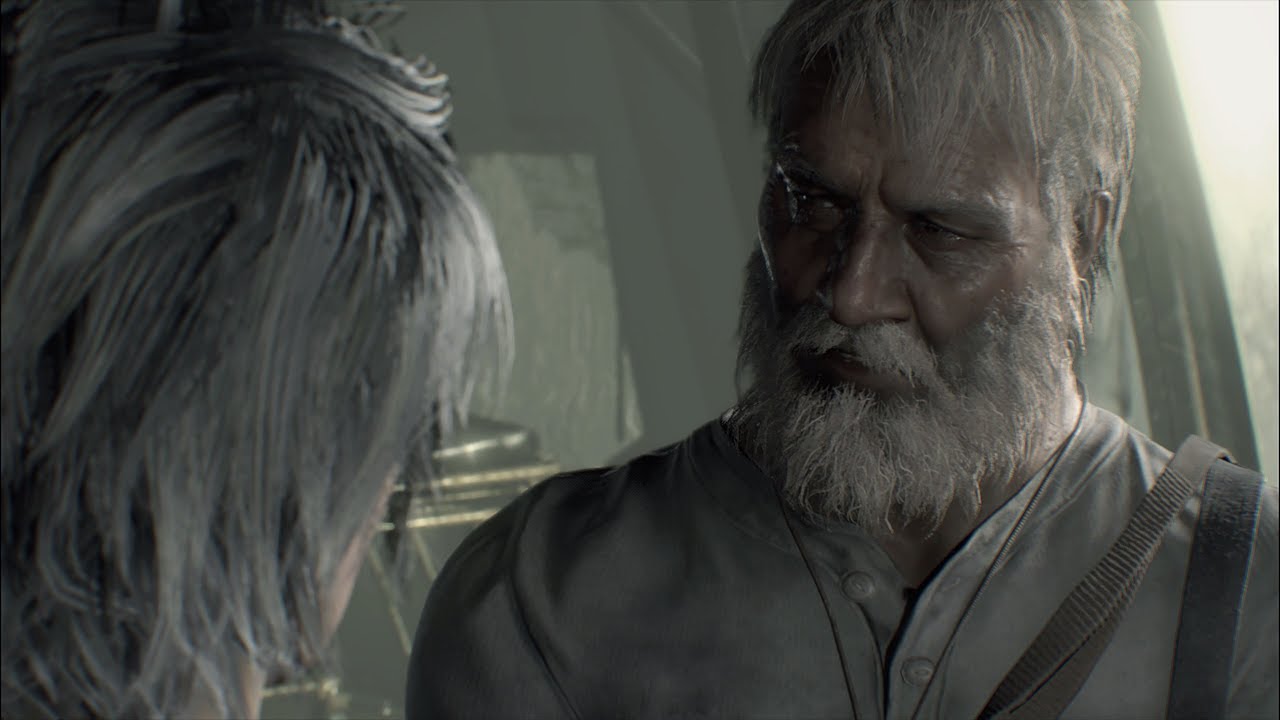