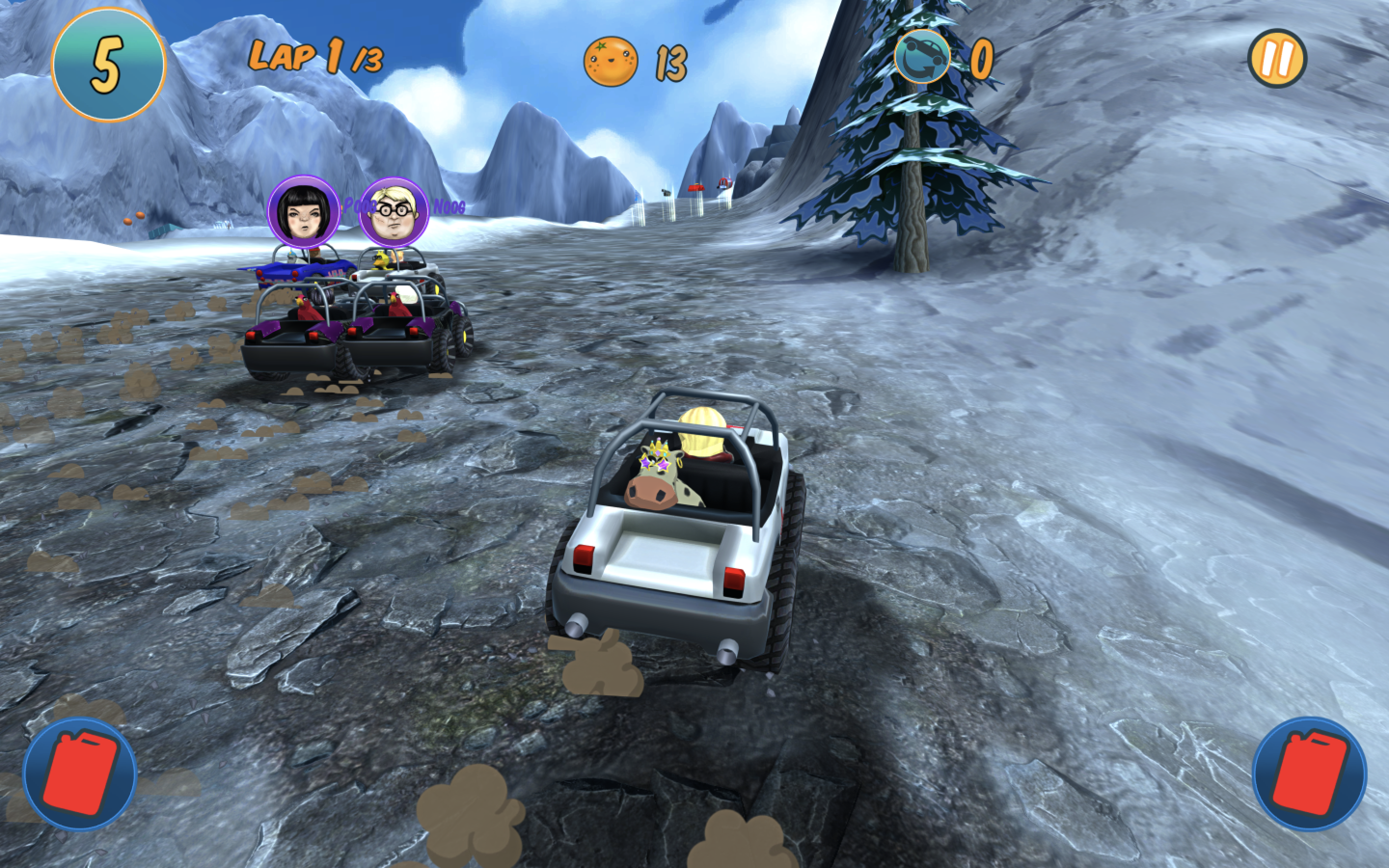 An unforgiving kart racer dressed up as a kids game

DISCLAIMER: Gamelust were given a copy for Rally Racers by developers West Coast Software. This does not affect our opinion on the game whatsoever.

It’s not often whacky racing games release on Steam but when they do a lot of pressure falls upon the title to ensure gamers are given the Mario Kart fix they’re desperately craving so when a racing game about a Welsh rugby player tasked to beat his evil brother comes swerving around the corner (see what I did there) there’s no doubt I’ll be ready to review it.

So what’s Rally Racers like? Well, for starters, odd is the first word that springs up; booting up the game was a strange yet interesting experience as I was prompted to follow the tutorial through which taught me the basics of kart racing.

One thing I noticed right off the bat was the handling of Rees’ (the main character) buggy which was poor to say at the least; after earning some coin from a race (coming 4th) I invested in upgrading the handling, making it easier to turn corners.

The upgrade system, in general, is hands down the greatest achievement in Rally Racing as it provides players with a worthwhile goal to work towards such as improving the handling or acceleration and the prices aren’t too steep.

Each one unique in their own way while some are two routes making them two separate maps together although these maps are great and all the boundaries are (in my opinion) too short and I often find myself being respawned due to these. This renders the companion Twigg useless as his ability is to gain extra speed off the track.

What sets Rally Racers apart from other games in the genre is the work needed to complete the game. Take Mario Kart, for example, a favorite amongst many for being a title you can pick up and play, clearing the game in 25 hours whereas Rally Racers requires you to grab the oranges (collectibles), pull off stunts and come 3rd, 2nd or 1st in the race all of which you will most likely find doing in three separate matches.

Vehicles are the bread and butter of Rally Racers with a selection of five to choose from and while it’s possible to purchase these cars with money there is the option to win them through gaining gold in all aspects of a race. To accompany the vehicles are 8 companions each with their own unique ability (and corny description). For example, Ruff the dog can gain you extra stunt points or Ossi the giraffe who gives you more boost fuel. Again these cost gold and at a pricy 2500, you might want to consider picking your pet carefully before blowing your cash all out on these whacky animals.

Drivers are also available to purchase which not only allows you to play as them but reduces the frequency of how much they’ll attack you with powerups which is a nice touch. The maps are detailed with a healthy amount of flora and fauna scattered around the map and the variation is incredible. You could be on a sunny island or an icy mountain.

This work can be off-putting for casual players which urges me to tell anyone thinking of buying this as a Mario Kart alternative to look elsewhere, however, a great game can be found here. The sense of accomplishment as you dominate your AI counterparts on the track is a feeling I cannot put into words and Rally Racers definitely delivers on this sensation although this feeling doesn’t come very often to the absurd powerups that can make or break 1st place. Take the freeze ray for example; if an AI manages to land a hit on you during a corner and you fall off track you can kiss goodbye to that lead you had for 2 laps.

I would also like to mention that the game does contain the option to bypass the immense amount of grinding needed by offering the option to buy coins but never did I once had to buy these in order to progress through the game.

And that’s what I love about this title, the simplicity can turn into a tough race against a group of ruthless computers. Rally Racers has been a captivating experience that’s led me to the philosophy it’s a game on the surface, a game for kids but in truth, it’s an unforgiving kart racer that will push your strategy skills to the limit. Would I recommend it? Yes and although it did have a few bugs here there and despite the weak storyline and repetitive music/ ambiance there’s still a niche in the game that makes it a worthwhile experience.