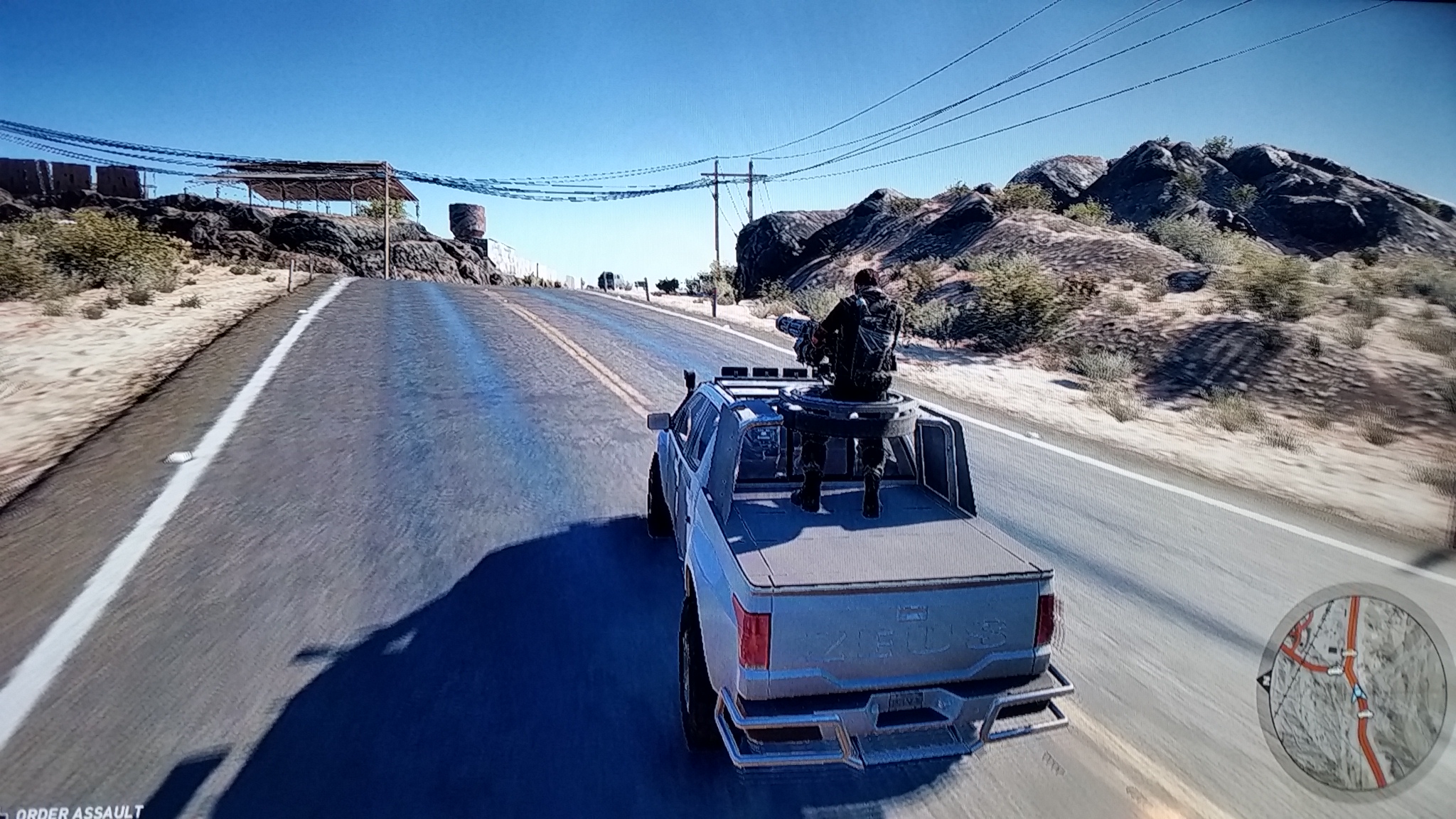 The Predator Within Wildlands

It seems that someone in Ubisoft has a soft spot for the Predator. With this new mission to tackle in the game, it feels so sweet to enjoy every bit of it. I remember when I first watched the Predator. It was an amazing display of science fiction. Watching Arnold wade through the jungle with his commando unit hunting the mysterious foe down was an absolute adrenaline ride! If you ever wanted to feel like you were in the movie, this is definitely it. The mission pops up as the Predator’s laser icon to the southeast of the map where you have to talk to a girl to start the mission.

After talking with the girl, the player must travel to three different locations within the jungle. The first location displays a gruesome scene of people skinned alive and hanging just like in the movie. The squad debates about whether it was the Cartel or not. It’s clear they haven’t seen anything like this yet, even with what the Cartel has been known to do in the game. The second location boasts a collection of human skulls and spinal cords. Our friend definitely has an affinity for decorating his prizes. The last location on the mini-map has the player swim across a river where he or she shortly comes upon a crashed spacecraft seen in the Predator. Once you investigate the scene, you hear a loud roar. 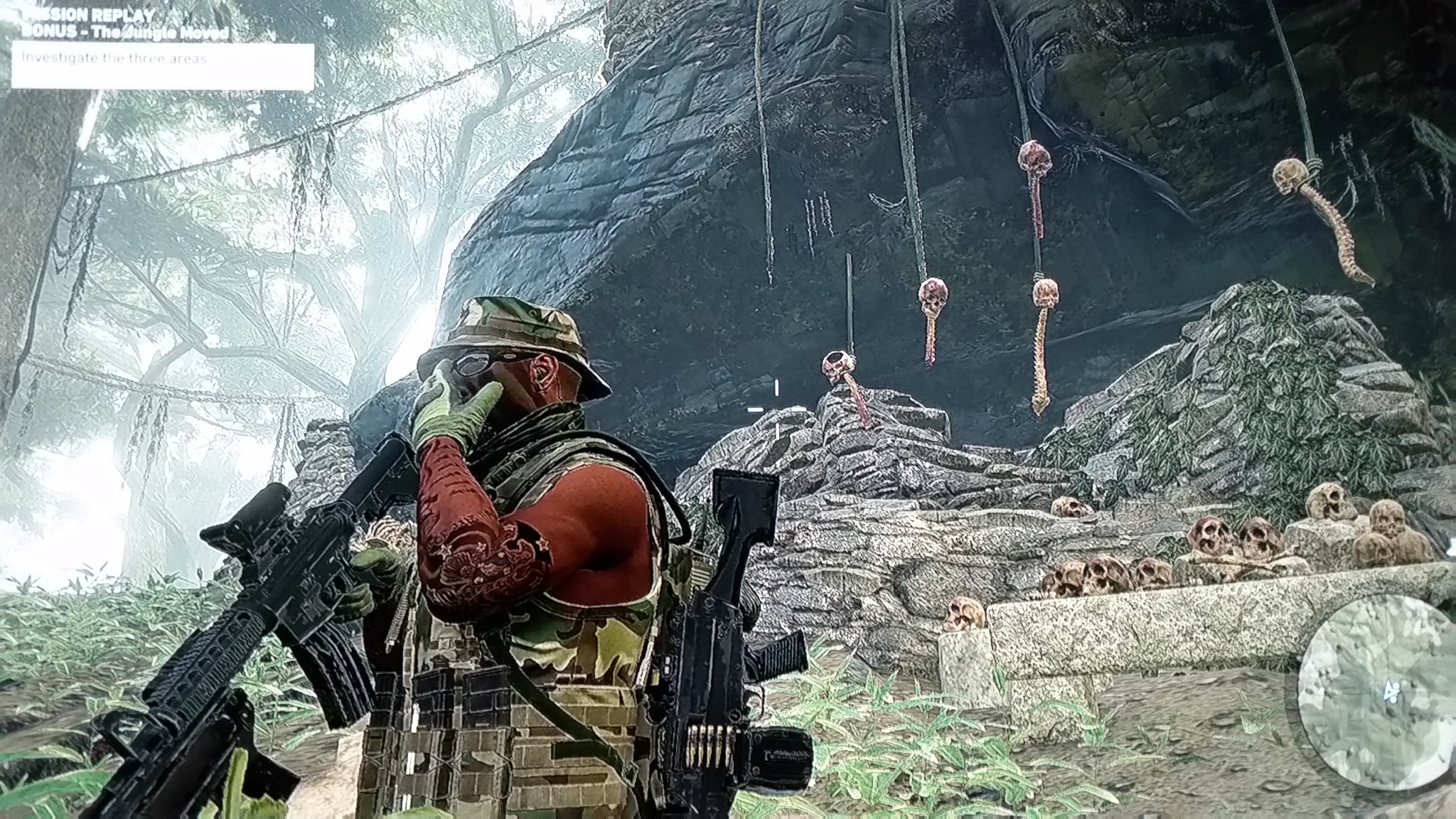 Following this roar, you find yourself swimming back across the river where you find green blood. It is clear from the long blood trail you track that the Predator is injured from the crash. Once finished tracking the blood, you will see the predator knife a civilian standing on a rock and throw him back down. He climbs up a tree to disappear while you chase him to the next spot on your minimap. This is where the fun begins! You can see the Predator give a war cry as he vanishes using his cloaking device. You immediately feel the uneasiness of fear consume you, and you charge in for the fight.

When you begin to fight the Predator, you’ll want to run around to avoid falling into a trap but it’s a mistake. His laser sight never leaves you unless you get behind cover. This is the only way that I have found to beat him so far. You want to make sure to stay behind cover and wait until you hear his weapon charging up. From there you’ll see his laser and you can start shooting. 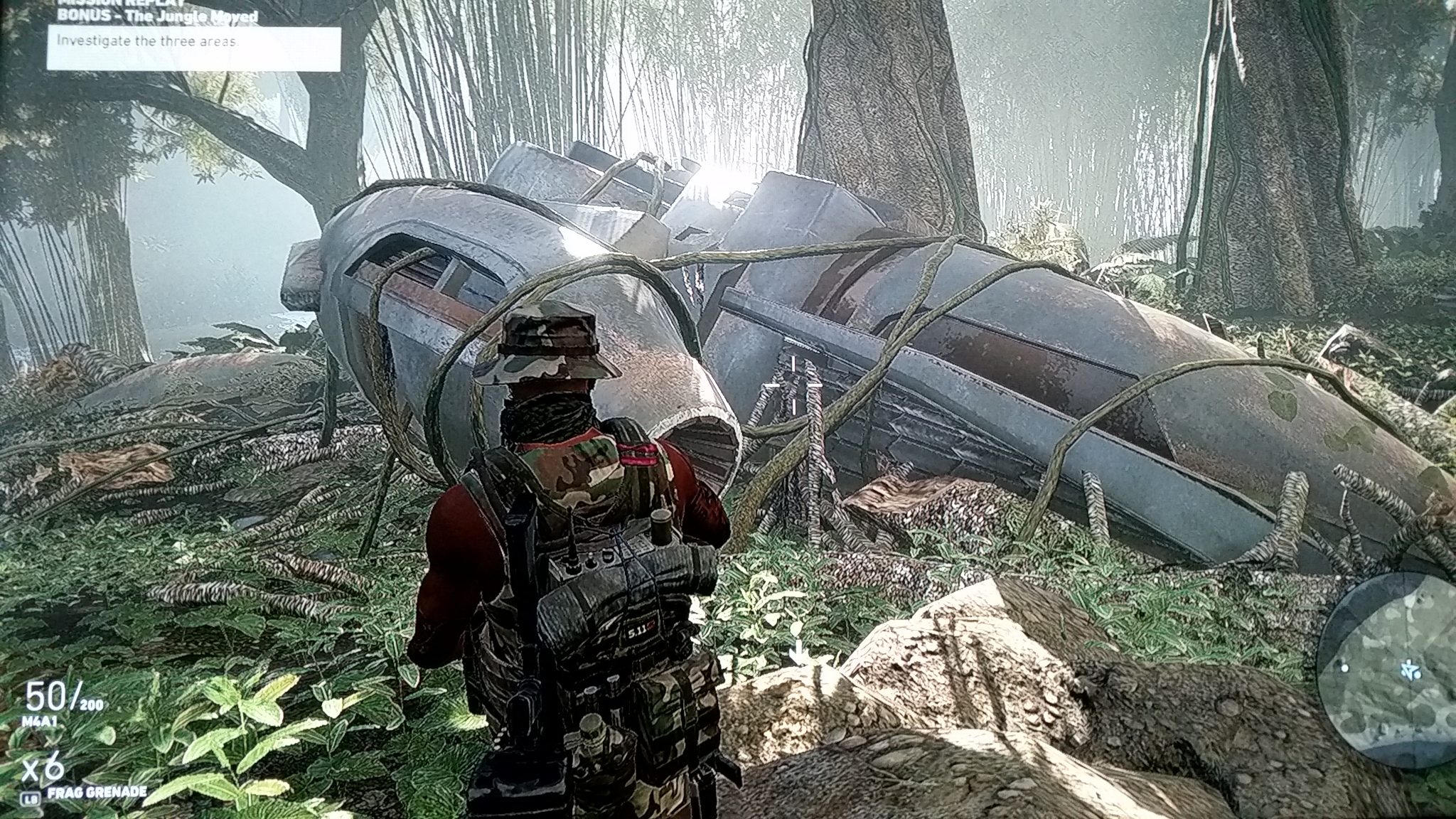 This will take several tries because he disappears after each burst of fire on him. Towards the end of the fight, his attacks will become more frequent and ferocious. You’ll be tempted to heal your buddies when they get hit. This will, in turn, get you shot by his powerful projectile. Once you defeat him, he’ll begin the countdown for the explosion that will annihilate everything in its path. You’re gonna have to run out of the yellow area before it goes off.

The main thing I would change with this mission is the yellow area that you have to stay in while fighting the Predator. It’s a big area, but to have full control over where the battle takes place would make it more dynamic. I just feel there was more that could’ve been done with this new addition. He tends to do the same thing most of the time. Having him react to what the player does specifically would make the battle just that much more epic. I also believe the battle would’ve been better if it was located in an even denser jungle than it was. 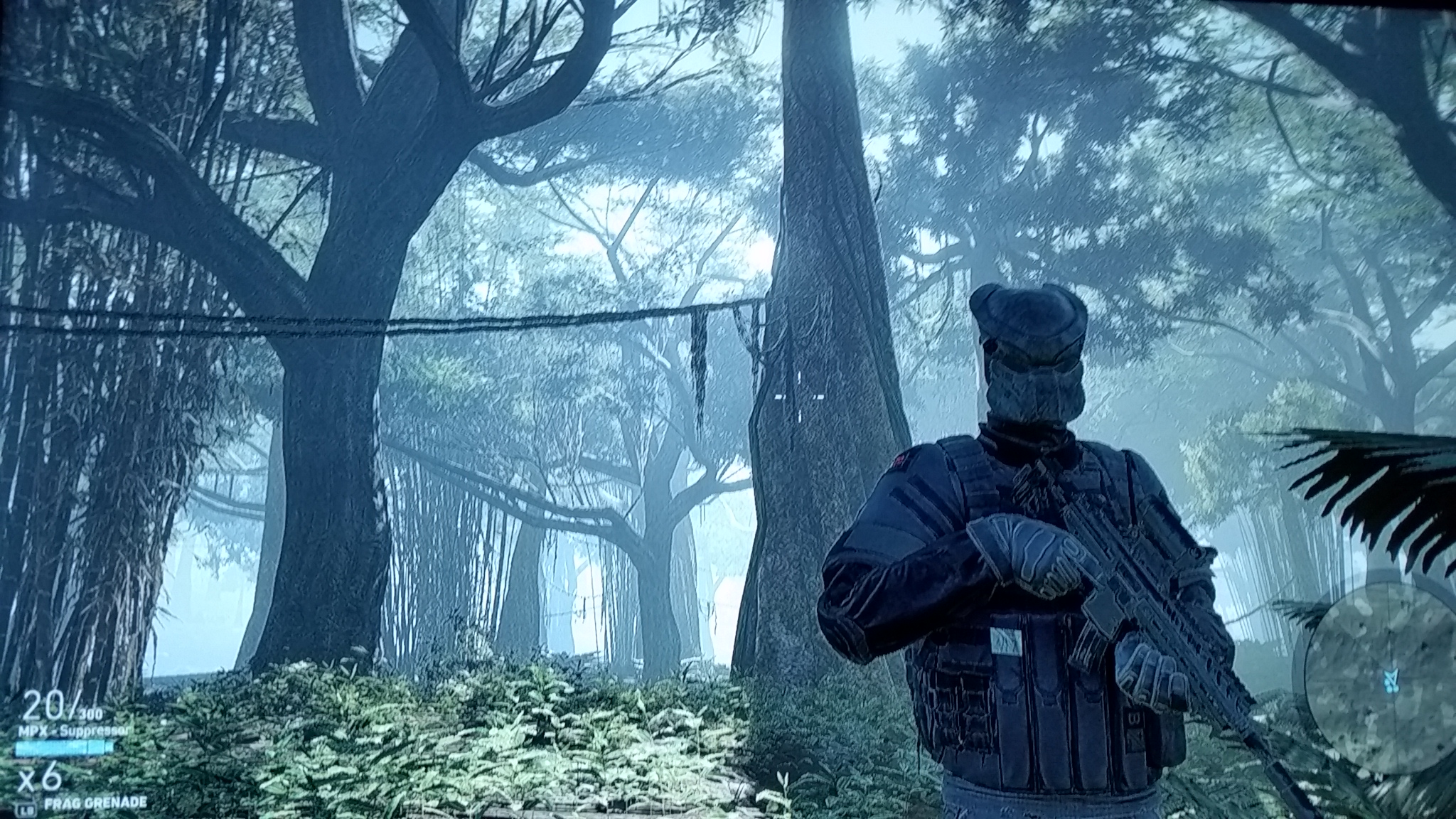 The Predator himself looks downright badass! He sometimes appears in front of you, and the foe is deathly sweet up close. At the end of the mission, you get the Predator’s Bio-mask and war paint of his face. It looks sweet, and the mask comes with the Predator’s thermal vision which allows you to hear the thermal sounds familiar to the series.

Overall, I believe this mission is pretty damn fun! It really pulls at you and gets you in the feels. I love how they place you in the jungle area on the map. The surroundings put you in the shoes of the beloved commandos and takes you on a quick but nostalgic journey. Ubisoft hits the sound effects right on the spot! Your adrenaline picks up each time the jungle comes to life. The background sounds combined with the Predator’s eerie calls move you to check all about yourself. I would rate this side quest an 8/10. I recommend playing this mission right away if you have the game! 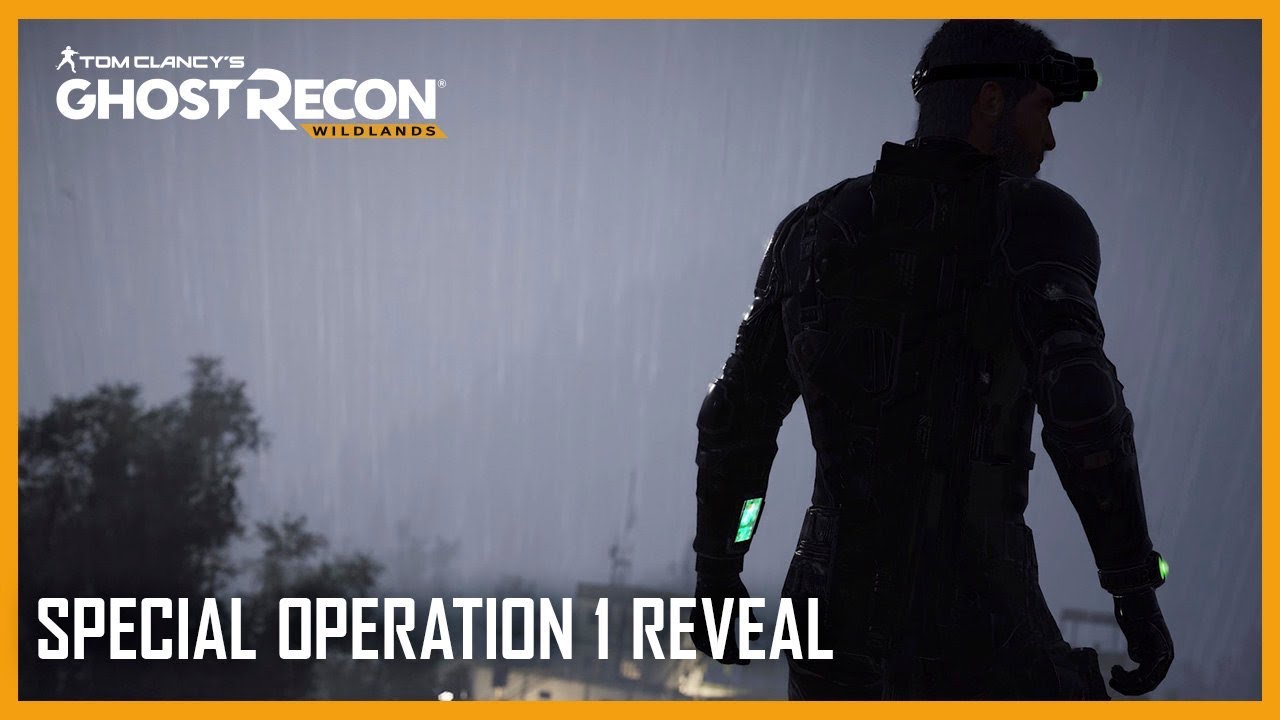