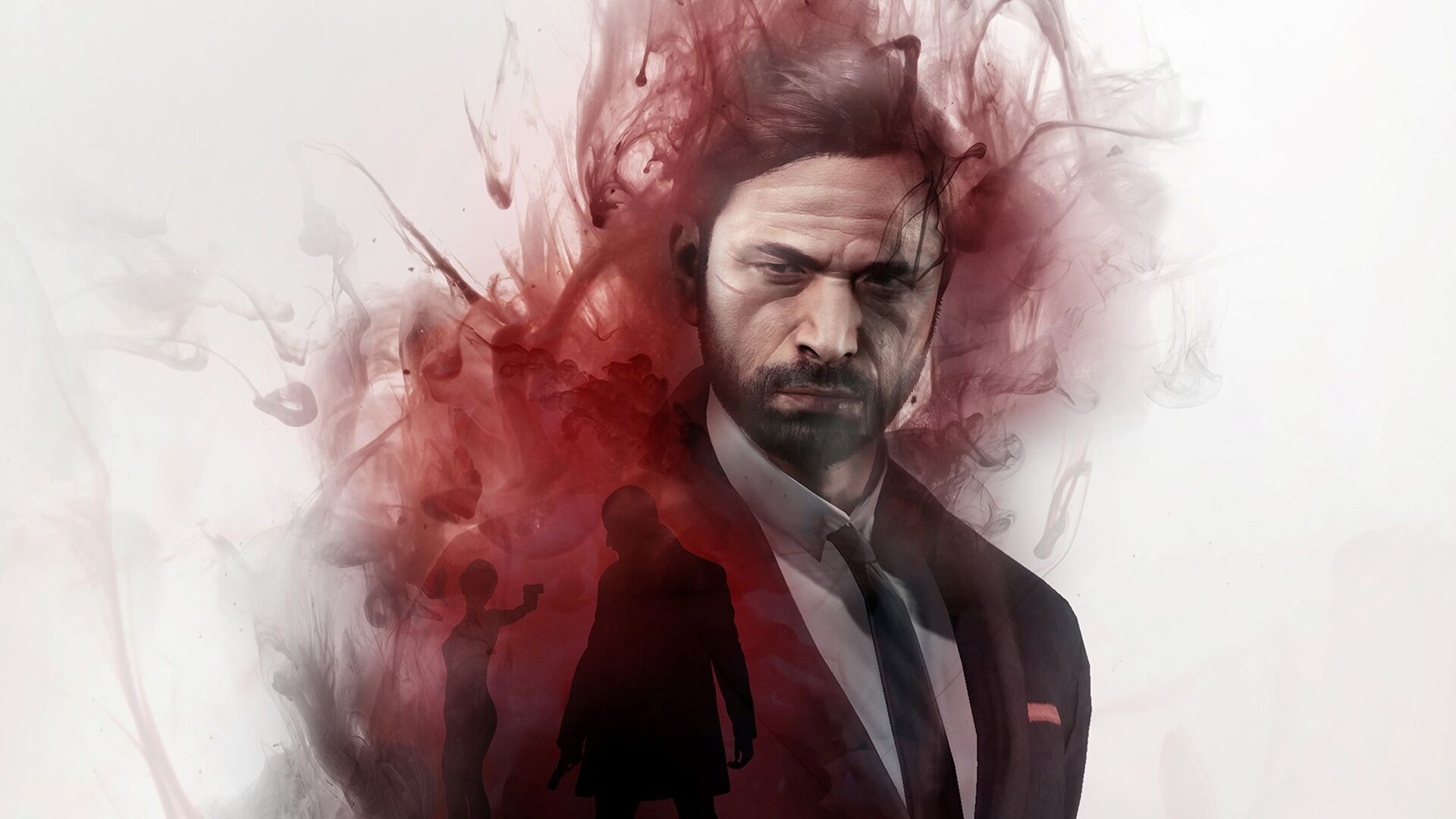 Past Cure – A Cult Classic in the Making? Maybe Not…

Even with low expectations Past Cure still fell short.

I’ll admit it, I not only fell for the hype, I contributed to it. Woo Woo, here comes the hype train! With so few stealth games coming out these days I was desperate to sneak around in the shadows. Dreaming of methodically taking out hordes of enemies without ever being seen like a ghost in the night. Sadly, that dream wouldn’t hold up in a stealth game that lacked basic stealth elements. Can’t hide in the shadows if there aren’t any. Right? Past Cure promised 200% gameplay but falls well short of their ambitious goals and doesn’t just fail as a stealth title, it’s bad at just about everything. It has moments that try to keep your attention and at times is so bad it’s good, but unlike a good B-rated movie, it lacks the cheese and fails to make you care about the protagonist. The story is weird in general, but with much of the nightmares having no relation to the rest of the game, or even to each other, this weirdness feels out of place.

To say that I found Past Cure to be quite the bore-fest would be an understatement. Right out the gate, I found myself having to power through an excessively long tutorial. The tutorial spanned 3 levels and took at least 2 hours or more in a game that should only take you 8 to 10 hours to complete. There were moments scattered throughout the game where you felt like it was getting better, but those were stretched too far and thin to hold the convoluted story together. The developers clearly wanted to leave the player confused and wondering if they were in the real world or the dream world. This sounds good on paper, but the execution left me scratching my head wondering what was the fucking point.

The story definitely hits an 11 on the weirdness scale. It’s like the author wrote his dreams and nightmares into a notebook and slapped them together to form the story for this game. Each mission held together only by the recurring characters and a few small tokens that are never fully explained. For example: In one mission, you wake up in the middle of a room with no doors or windows, a chessboard in the middle of the room and a naked man sitting in the chair opposite of you. Not really a naked man, but the shape of a man in pure white. You look down at the chess board and notice that the King is missing. In order to progress, you have to find the missing piece, but the room is empty. As you walk around looking for the missing piece, a child’s drawing will appear on one of the walls. It’s an image of three kids trapped in a giant cage, one holding a balloon and all three are smiling. When you touch the picture, the wall behind it starts to crumble, revealing a tunnel. The missing King is at the end of the tunnel on a black table. At this point, I was hoping to play a riveting game of chess with the naked figure but he was gone. And that basically summed up how most of the game went. 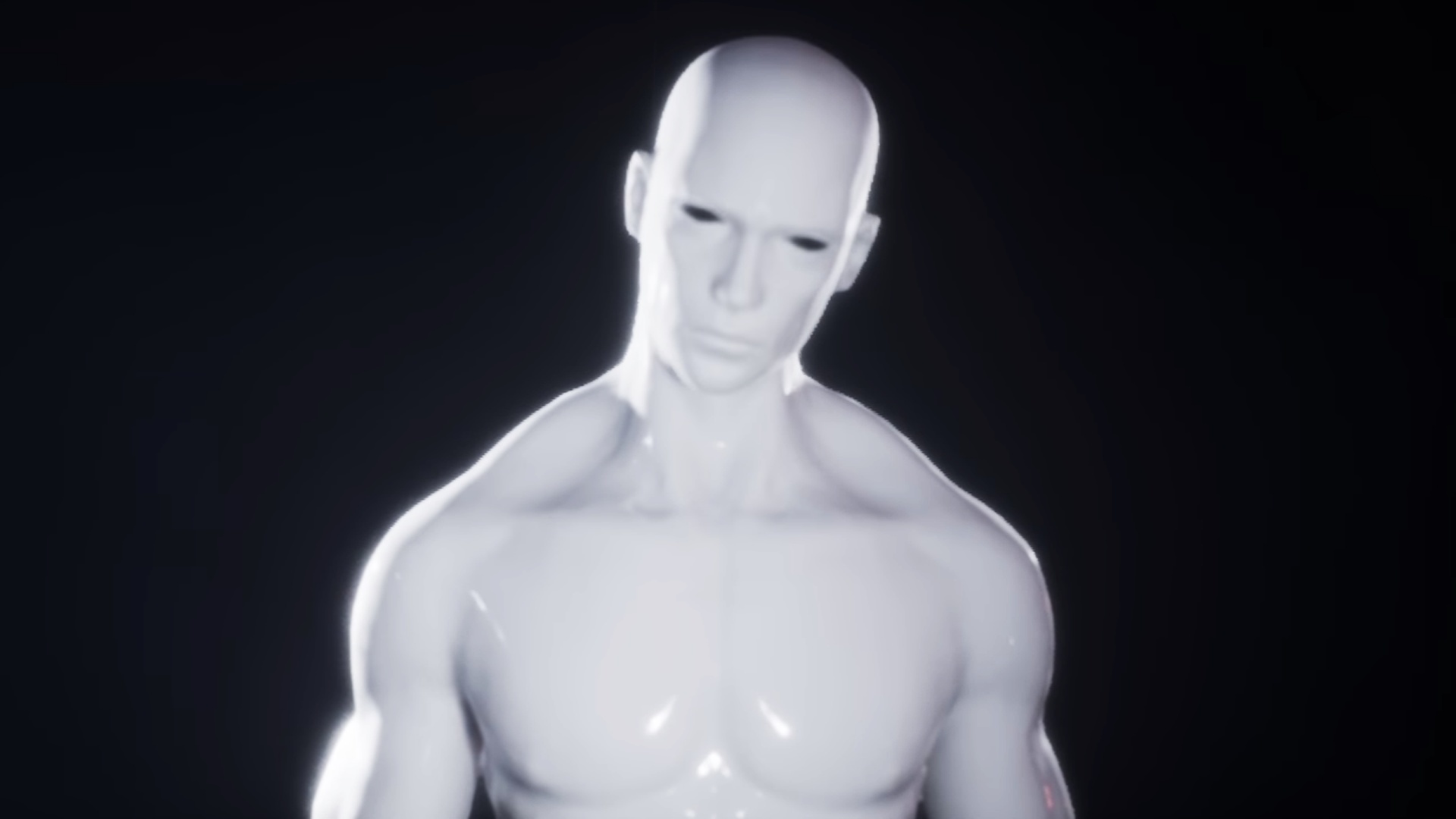 There are problems in other areas of the game as well. The sound doesn’t suck, which is as much the backhanded compliment as it sounds. The protagonist is as emotionless as pasty nude eunuchs littering the game world and is not very convincing at all. You can tell that he’s reading a script, which makes you care less about his character and everyone around him. Oh, and how about those super awesome graphics straight out of 2005. This game looks like a launch title for the Xbox 360 or a really high-end original Xbox game. It plays like one too, the controls are clunky and hit detection is suspect. Quite a few times I would line up the perfect headshot only to miss wildly, even body shots seem to miss their target quite often.

Although the game starts out with a slight horror vibe, it fails to create any tension beyond learning the terribly wobbly controls. You wake up in what appears to be an old house that’s falling apart from years of neglect and hey, here’s an original concept, most of the furniture on the ceiling. It doesn’t take too long for the naked manikin men to show up, slowly walking towards you unable to show even the emotion of a brain-hungry zombie. If you read the ESRB rating on the back and got excited to see “Partial Nudity” in the description I hate to disappoint you. Naked white manikin men are all the nudity you’re getting. They don’t even have nipples, Odyssey Mario does not approve.

What followed this was… a tutorial level, followed by yet another tutorial level. Both completely different from each other and the opening tutorial level. You wake up from your nightmare in your home on the beach, while exploring the home a few creepy events provide hope that the game can deliver a unique story to make the incoming fight with your controller worth it. Only to realize you never left the tutorial. You find yourself in the gun range, learning how to shoot a gun… again. There’s also the hand to hand combat tutorial that simply refuses to let you leave. And then… you go back to sleep again only to find yourself in another nightmare, aka another tutorial. This one is to train you how to use your mental abilities which include being able to manipulate objects, project your aura and the ability to slow down time. The level starts out with more creepy stuff that gives you hope but then follows up a great first 5 minutes with about an hour of boring tutorial shit that you have to force yourself to play hoping for another good 5 minutes of mind fucking imagery. To make matters worse, you’ll only use these powers maybe 5 or 6 times throughout the rest of the game. 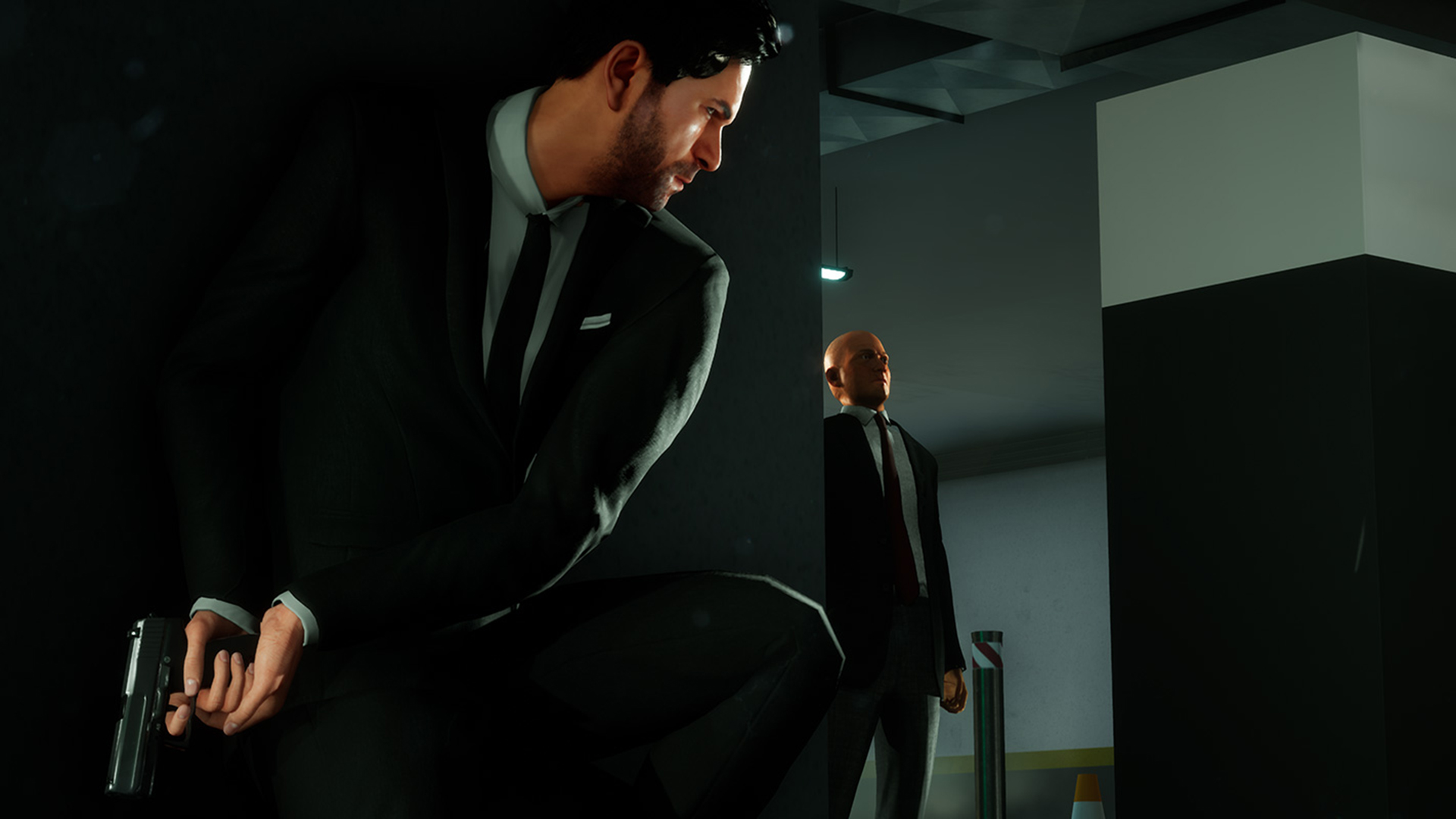 Once you have finally managed to grind your way through the tutorial levels the game drops you off into a completely different type of game. You find yourself in a parking garage littered with terrible super spy movie wannabe bad guys in what appears to be a stealth setting. Not only is this not like anything in the previous levels, the gameplay mechanics are so bad it is impossible to stealth this mission. There are no shaded areas to hide in, you barely use cover at all aside from crouching behind a short wall, and guards have the hearing of a dog, eyes of a hawk and reflexes of a cat. Or the opposite of you, who just happens to be too tall, deaf and dumb, and can walk in a straight line about as good as an alcoholic after a bad breakup. I ended up having to cheese most of the enemies by running straight at them and disarming them before they could kill me.

With each new level, the game seemed to change its strategy and pivot the story in a new, weird and unrelated direction. Stealth missions in both dream and nightmare worlds feel forced and the jump in difficulty during the second to last mission is frustrating. It is during this mission that you finally meet both the main antagonist, minutes before the final boss battle, and the primary supporting character. This left me feeling like a few levels were missing from the game that may have provided a better opportunity to tie together the loose ends left throughout the game while also building up these characters. You walk into the boss battle not understanding what you’re fighting for. You have no purpose. It’s the biggest kick in the balls. Past Cure had not answered one question I had. The questions kept piling on without so much as a hint as to what the fuck is going on. When I finally got to the final cutscene I felt like Jay from Kevin Smith’s Dogma saying: ‘What the fuck is going on? Who the fuck is this bitch and what the FUCK happened to that guy’s head?’

With all the problems that the game had, I still liked some of the ideas, just not the execution of them. There was enough room in the ending to suggest a sequel could be made, and I would be open to trying it. With some refinement to the gameplay and a bit more depth to the story, this game has cult classic potential. Some may already view the game this way, but I’m not sold yet. 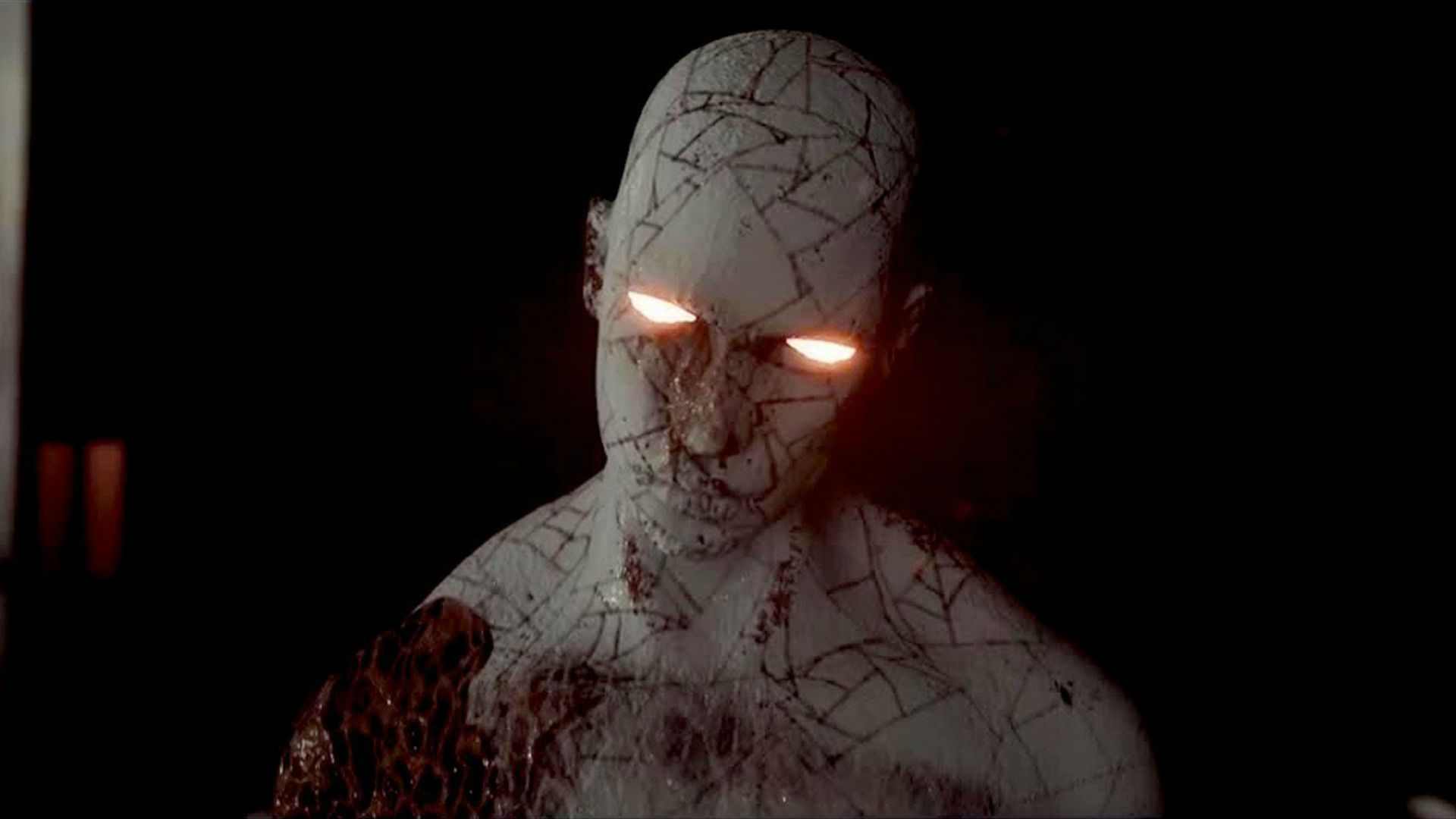 Final Word: I went into Past Cure with high hopes yet low expectations and for the most part, those were met, with one glaring issue. The story makes absolutely no sense. Unfortunately, this is not the only problem that plagues this game. There are issues with the gameplay mechanics, general sound issues, and the graphics are on par with a title you would expect towards the end of the original Xbox’s life or at the launch of the Xbox 360. All of this makes me feel like the game has the potential to become a cult hit. The game is at times so bad it’s good. Yet I’m not so sure that is a compliment. I’m willing to play a bad game if the story can keep me interested. But Past Cure struggled to keep my attention. That said, I’d still be interested in a sequel if it can answer the many questions this game left unanswered. I give it a 53 out of 100.