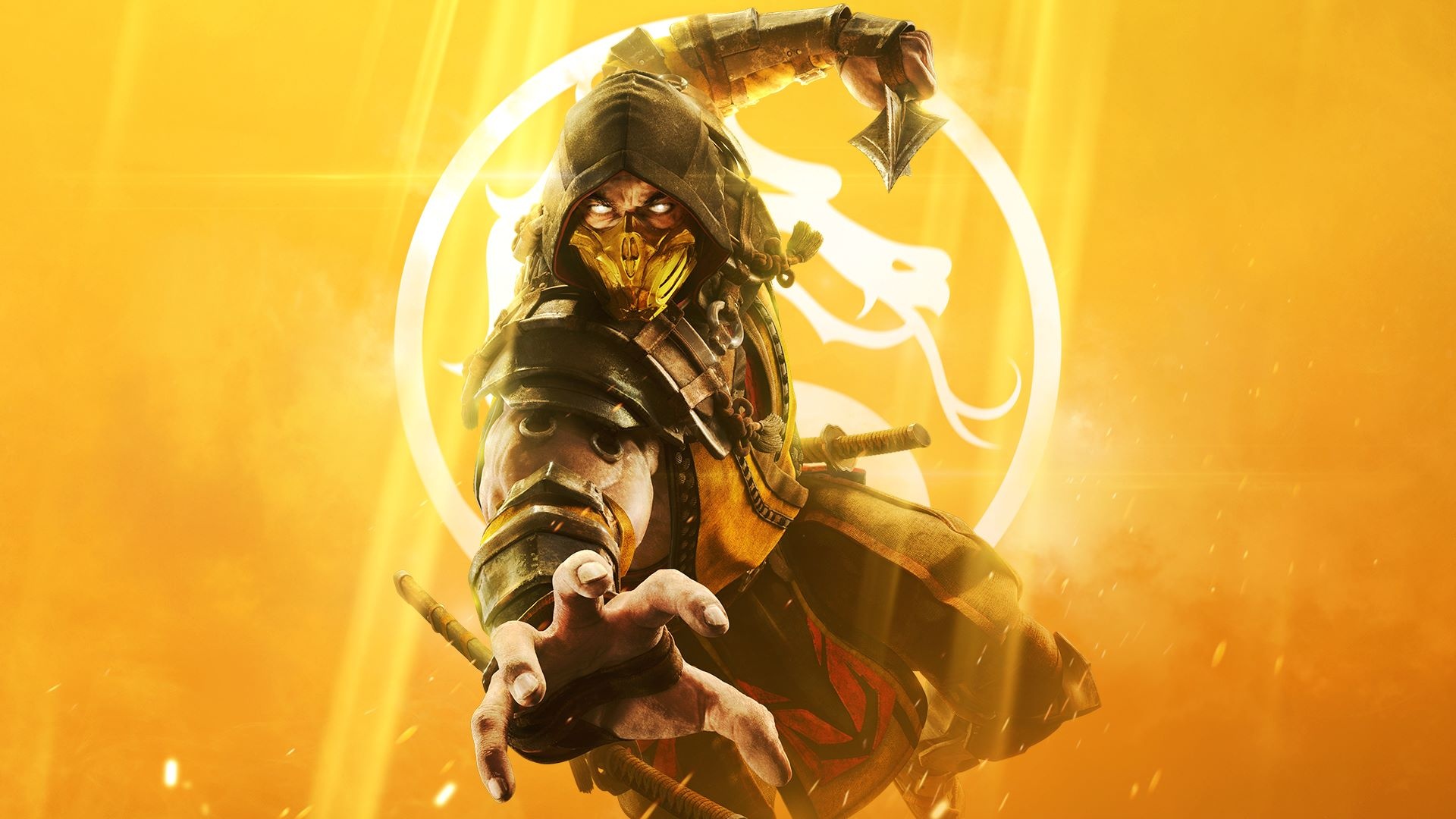 RNG chests, and a fortnite-esque storefront showing off cosmetics that are on a daily or weekly rotation. Violent deaths and lovable characters with a lack of story. With no context, you would probably think I’m talking about Apex Legends, a free to play battle royale game. But no, I’m talking about what you see in the title. This isn’t the wrong page, you didn’t get redirected, this is about Mortal Kombat 11, the 60$ fighting game. Let’s talk about why the first sentence up there is big trouble for this game and why I and thousands of other fans are immensely upset about it.

Before we get into the many irritating things about MK11, I want to talk about what I like about the game. To NetherRealm Studio’s credit, the game feels okay in matches, there are still combos and juggles, the roster is okay with 25 characters and the fatalities are great in terms of creativity. The net play is good for online matches. And that’s it. That’s all that pleased me. 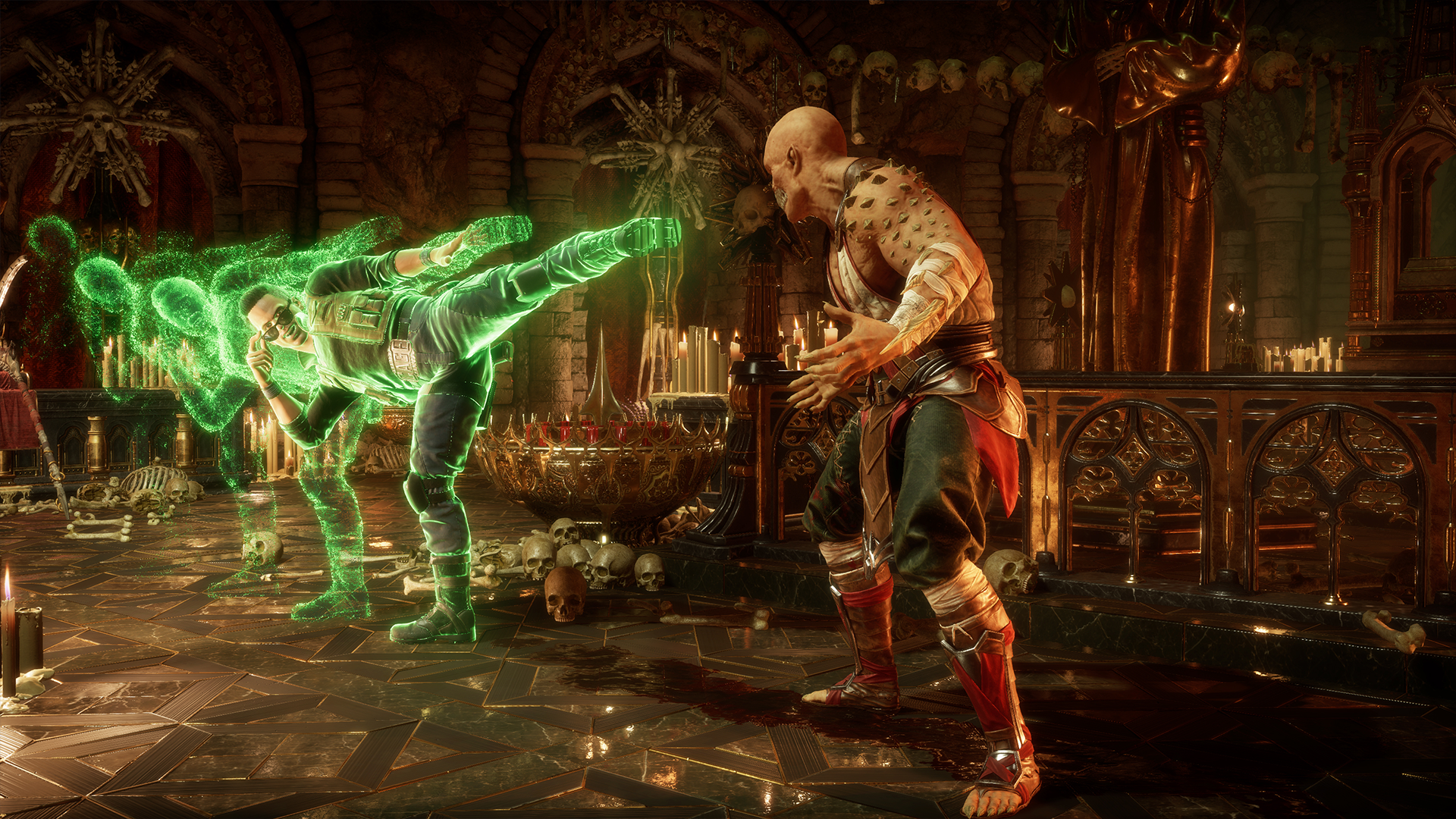 BUT, and this is a huge but, it gets ruined by the rest of the game, especially if you’ve been a Mortal Kombat fan since the beginning or even since the last game Mortal Kombat 10 or MKX. For example, MKX had great gameplay in terms of button execution. Now I don’t know if there’s something in my settings that I screwed up but MK11 requires buttons to be pressed slowly and in an orderly fashion. Which would be fine and dandy if this was a rhythm game or something else slow paced or orderly.  But it’s not, its a fighting game where every frame is important and this slow movement and requirements to play slow is infuriating.

Character’s move lists don’t have many combos or moves in general, and with the addition of making your own variations of characters, it all feels extremely dumbed down as every match I’ve played, I’ve noticed that every character has some sort of projectile. Gone are the days of rushing in and juggling your opponent into oblivion. If you want to win some offline or even online matches you might as well spam those projectiles. Fatalities have idiotic inputs that seem so damn easy that it’s insulting. My character, the Kollector, his input for his first fatality is literally down, down, down, down, circle/ B. It’s impossible to not execute it unless I specifically wanted to mess it up. Oh but don’t worry, if your fingers can’t execute the inputs, you can use your whole hand to input your credit card numbers to buy “Easy Fatalities”, which do the fatality for you. All you have to press is R2/RT and triangle, square/ Y, X.

Speaking of characters, the roster for this game is weak compared to games past. It is special forces heavy, and many fan favorites are either dead or just plain forgotten. Characters like Kenshi, Reptile, Mileena, Sektor, Cyrax, Ferrah/Tor, Ermac, Nightwolf, Takeda, as of the time of writing, are not in the game while characters that aren’t as loved are essentially forced upon us like Cassie Cage or Jacqui Briggs. And the way NRS (NetherRealm Studios) explains the deaths of some characters is lazy and insulting. They use the Krypt, the place where you spend your koins to open chests, and just throw characters in your face, either dead like Ermac, or running away like Reptile. It’s as if NRS themselves are saying to the fans, “They’re dead, and they aren’t coming back”. It’s upsetting and insulting to have it done in such a passive way. The worst one is Kenshi who dies slowly under a pile of bodies, forgotten. 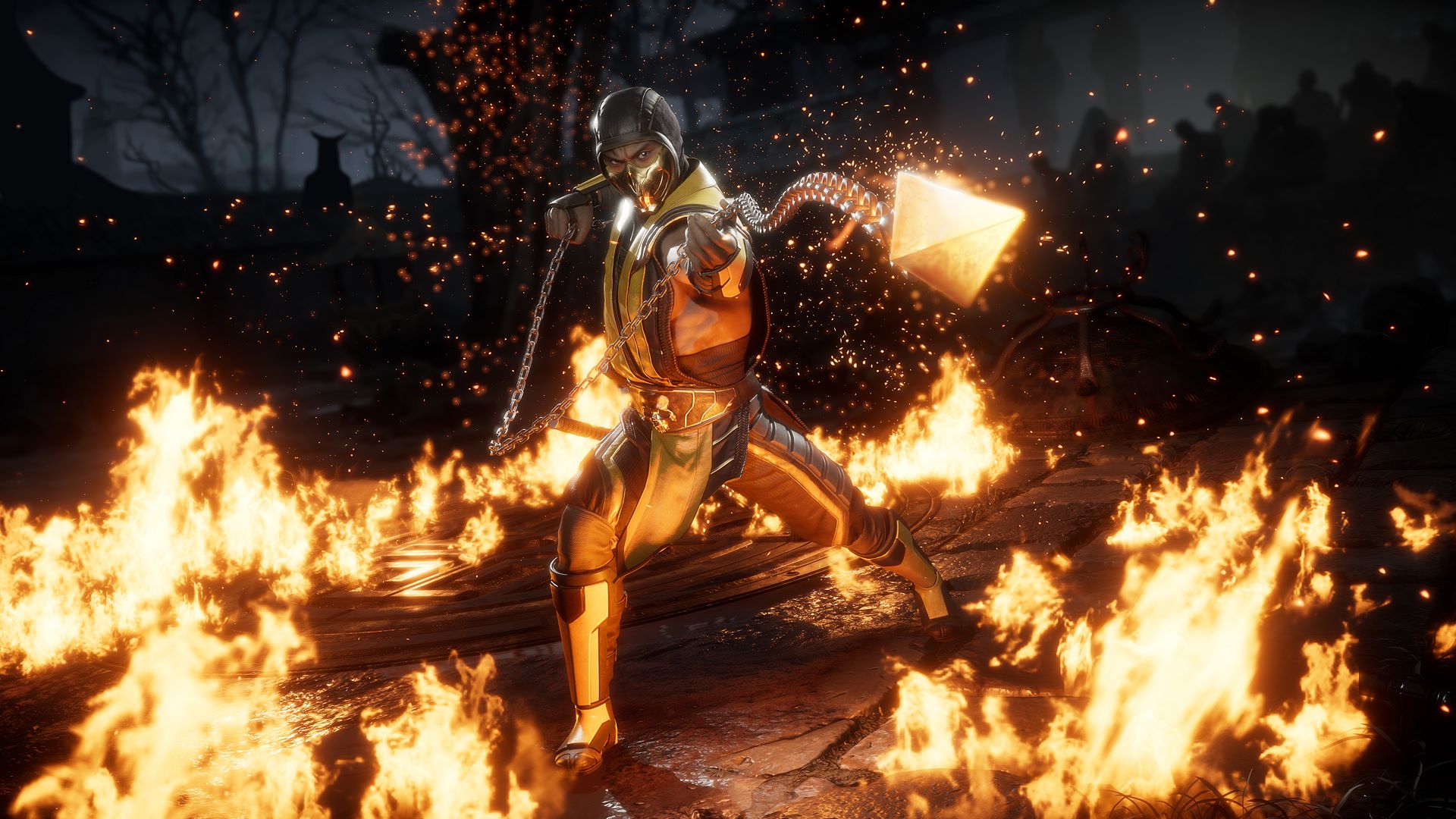 The Krypt is RNG based and plays like a free to play game.

While certain chests in the krypt hold specific character items such as a bundle of cosmetics in a single chest, the rest of the other chests are completely random. There is not a way to map out what you specifically want in MK11’s krypt like you could in MKX. If you want a specific item, you either spend your koins in a lottery like fashion, opening up random chests or you pray to the Elder Gods that your item will show up in the daily or weekly rotation in the storefront. This system shows that classic greed that every developer seems guilty of, the desire to make a game and to have infinite profit through microtransactions. If you don’t want to grind for it, you can pay for it. I am ok with this system in a F2P game like Apex Legends, but in a 60$ AAA game like Mortal Kombat? That’s criminally frustrating.

MK11’s story, while having some shining moments, is asinine. The plot follows (without spoiling much) the use of timelines. Remember MK9’s story? MKX’s? Those don’t matter in the overall scheme of MK11’s story. None of the other games matter as the main villain, a woman named Kronika, controls time itself using a giant artifact. Every horrid stereotype in MK9, every dumb plot hole in MKX, every single time you saw Johnny Cage punch someone in the crotch, was all the result of Kronika screwing with time until she saw that the present was to her liking. I don’t necessarily hate MK11’s story but it seems insanely lazy to just chalk it all up to time travel when you’re not willing to admit your stories in their very true essence suck total ass. 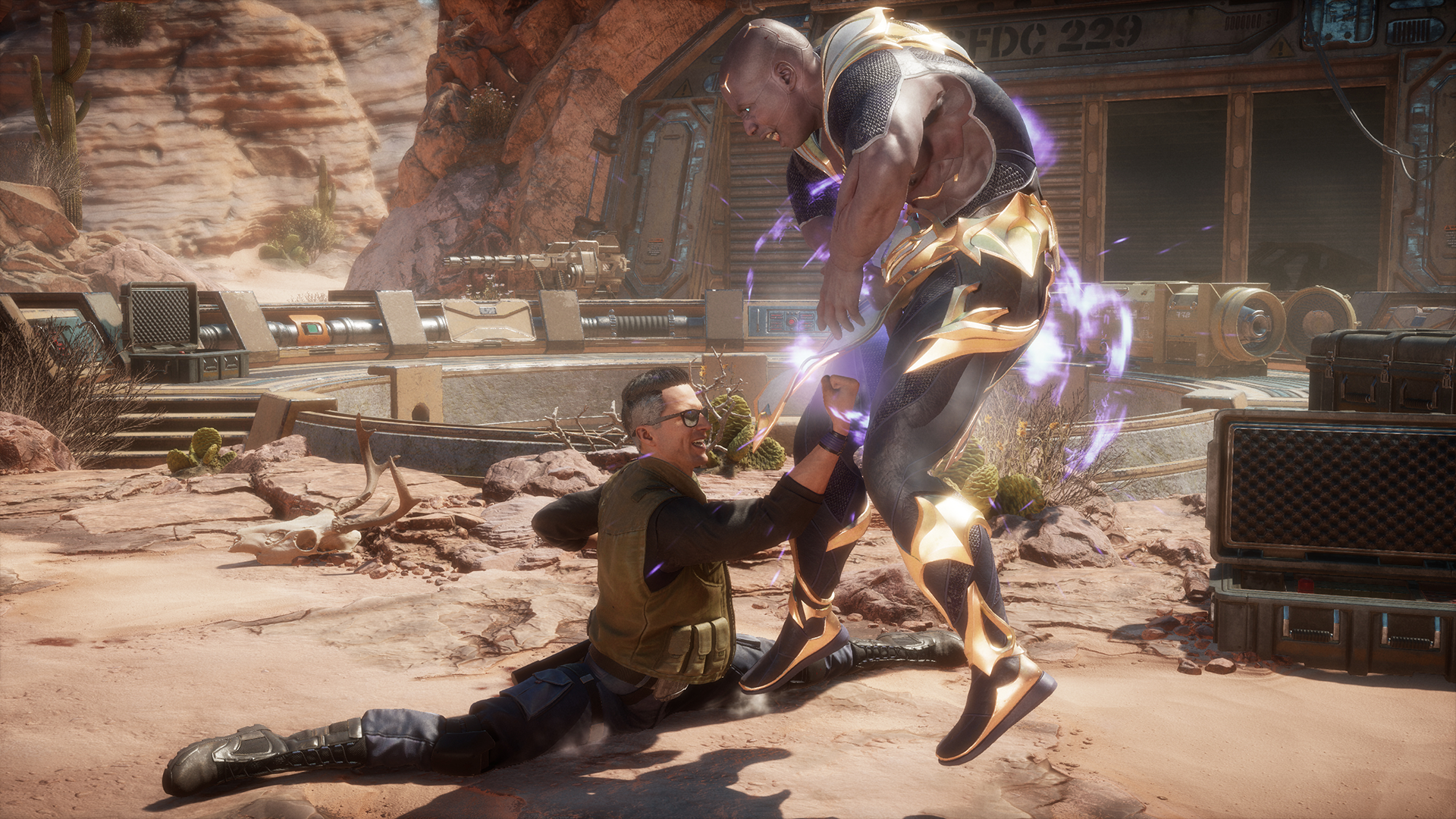 MK11 has you connected to the internet 24/7. If you’re playing something like the story mode, you’re fine. But god forbid you lose connection during something else singleplayer like the krypt or the Towers of Time which are arcade towers with modifiers and challenges to help you grind for more currency. The game will kick you out and ask that you reconnect. This is frustrating and it would be seemingly unnecessary if the krypt wasn’t RNG and if the Towers of Time didn’t have to be rotated every single day. I understand why the game acts this way, I just don’t like it.

Speaking of the Towers of Time, MK11’s tower modifiers can range from slightly annoying to total bullshit. Modifiers where projectiles rush you to turning your screen completely black (save for the UI) make the whole experience insanely annoying to play through. I don’t have fun when the Towers of Time basically make my controller into a giant brick. Granted, as I wrote this, NRS has apologized for the Towers’ difficulty and have announced they would fix it. 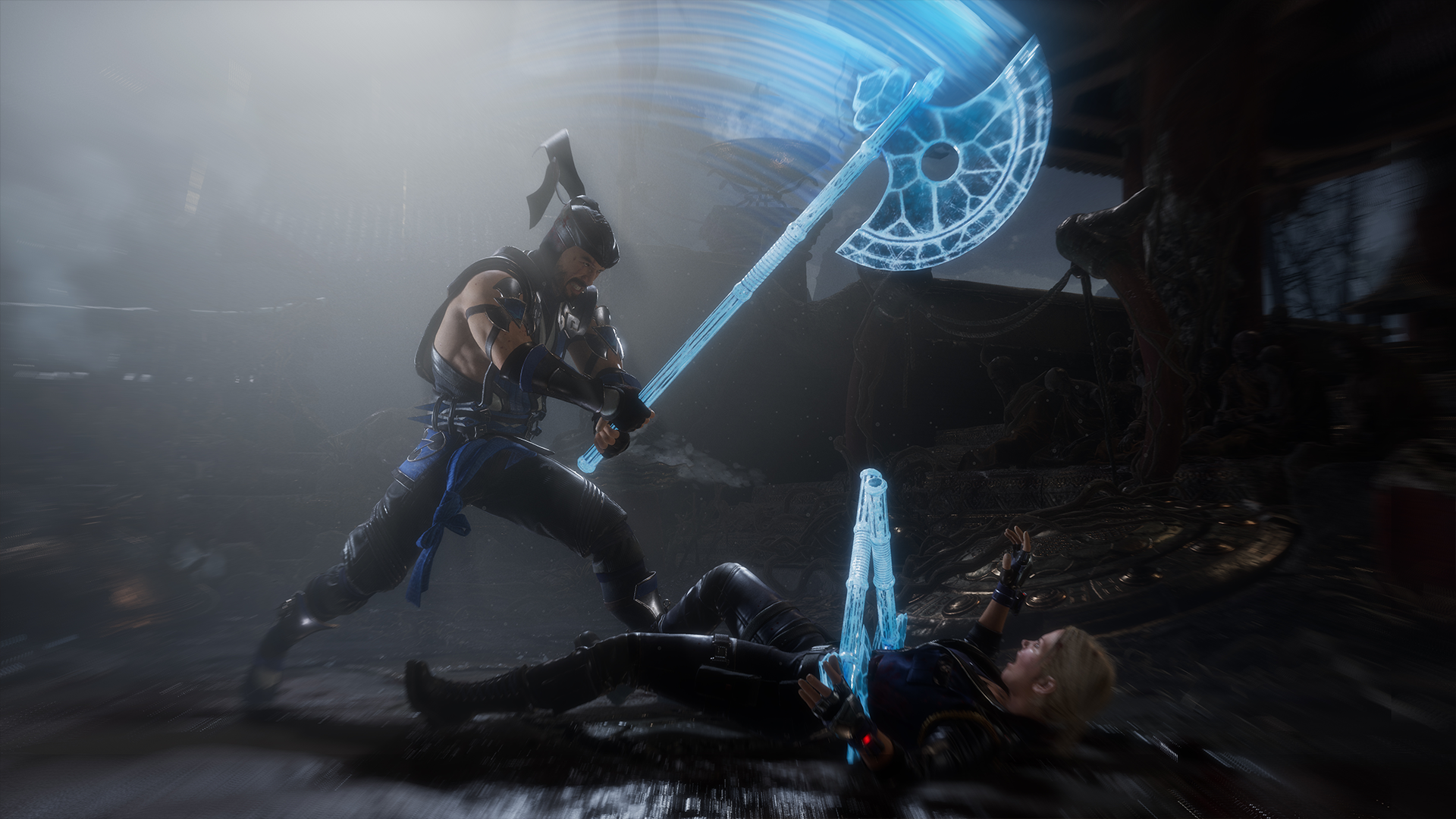 MK11 rounds out to be a subpar experience. While you can unlock everything from brutalities to cosmetics simply by playing the game, the game itself proves to be unwieldy and too grindy leading to massive headaches and sore hands. The story is, as always with MK games, so asinine that I only play it to receive the trophies. And the gameplay has been simultaneously dumbed down and made more difficult. Unless you’re a huge Mortal Kombat fan, don’t buy this game until it hits that 30$ mark. 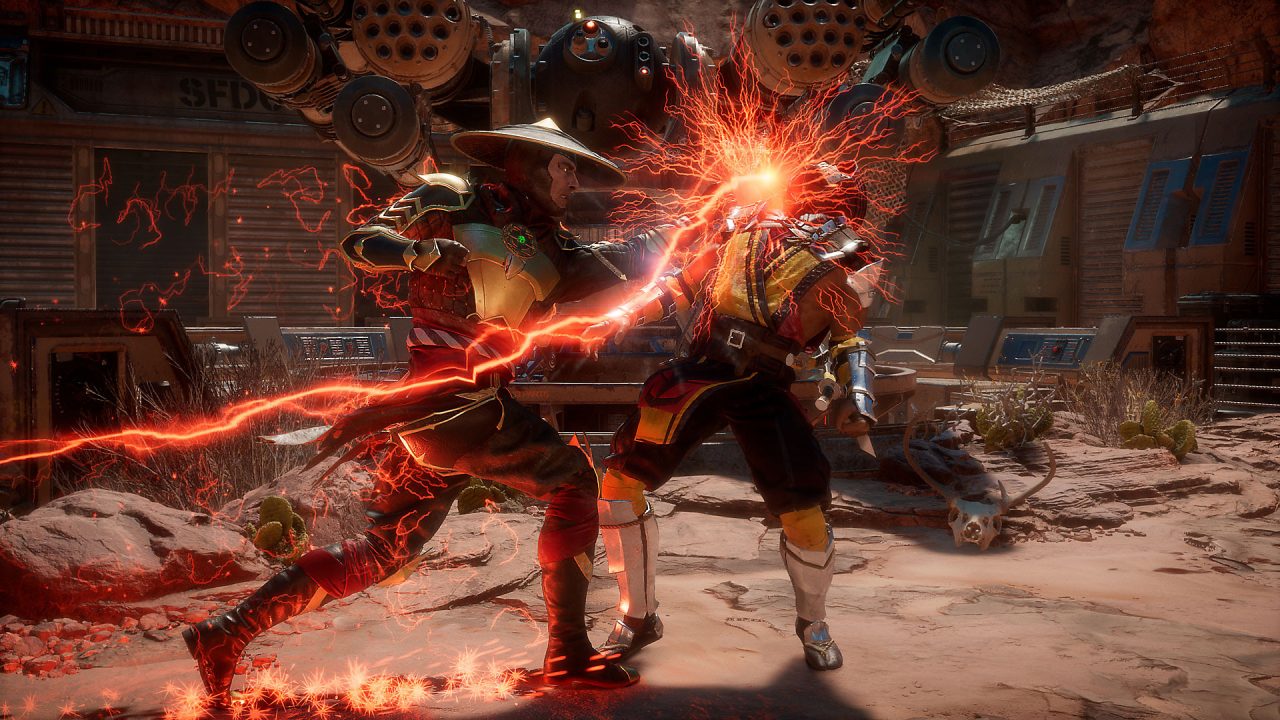