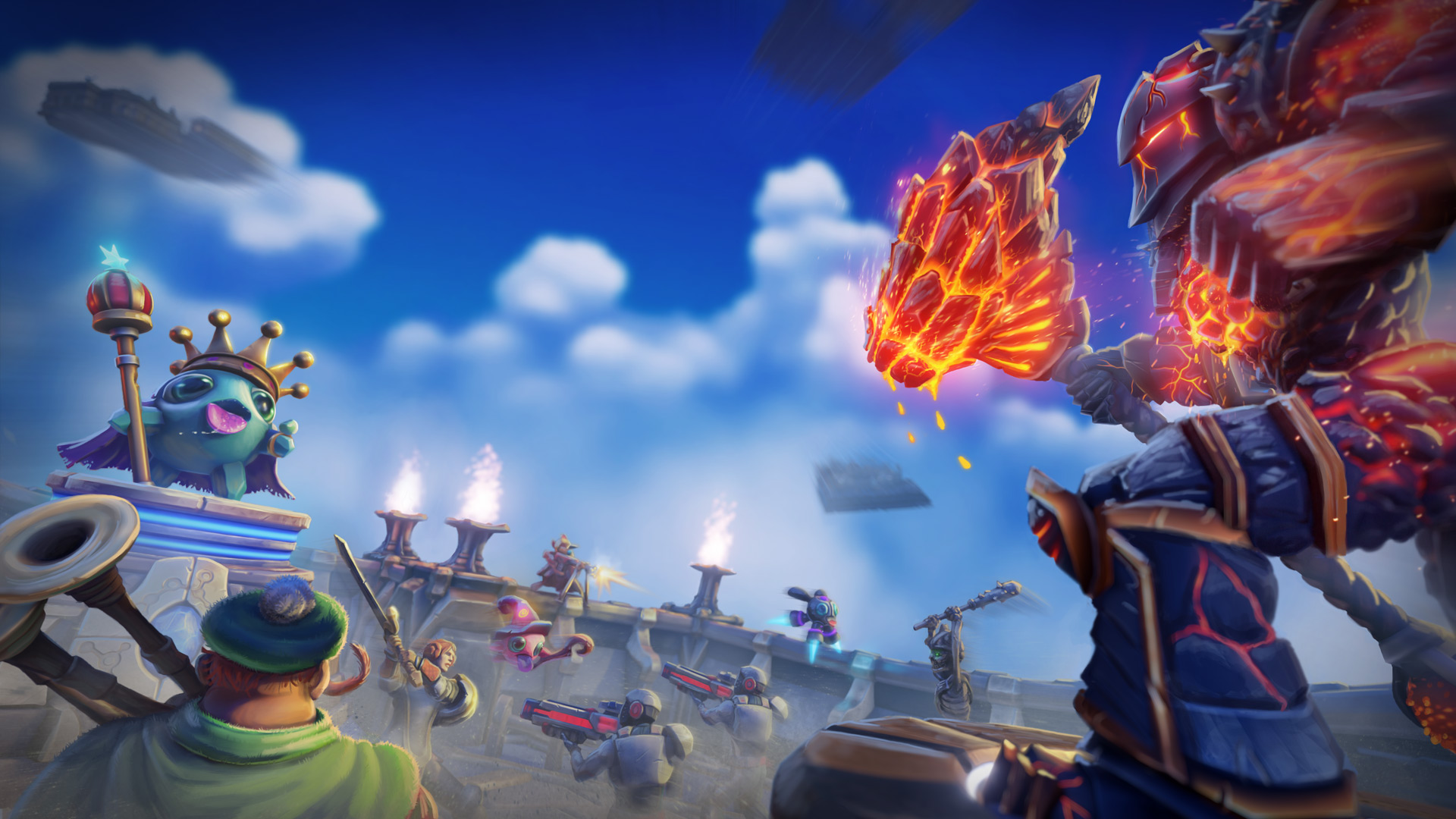 tower defence with a twist

I’ve been playing Minion Masters on and off for a few years now. Originally, I discovered the game in 2017 after receiving a promotional pack from one place or another. I didn’t go in expecting an addiction that currently spans 2 years and counting. Beware, this game will rope you in and will deprive you of your free time in 2-5 minute bursts, making you repeat the same “just one more match” over and over to yourself in order to justify why you’re still awake at 3am.

I’m kidding of course, but I could easily end the review here by simply stating this is an amazing title that is almost certainly worth your free time, but apparently i’m under legal obligation to tell you why. Where do I start with Minion Masters? Well, for simplicity’s sake let’s call it a tower defence/card collecting hybrid that is more fun that it has any right to be. You take on the role of a master from a handful of personalities, each with their own special ability (e.g. throwing flaming hammers, clawing away at minions) that can be pivotal to winning a match, which typically lasts for a few minutes.

Once you have a character chosen, you’ll have access to a deck which can be filled with 10 cards, also known as minions. There are hundreds of minions to collect, each varying depending on which theme they belong to (such as sci-fi or dark magic). These minions are tasked with reaching the enemy masters and pulping them into oblivion. The first one to lower their opponent’s health to zero wins. Simple right? Wrong. So so wrong. 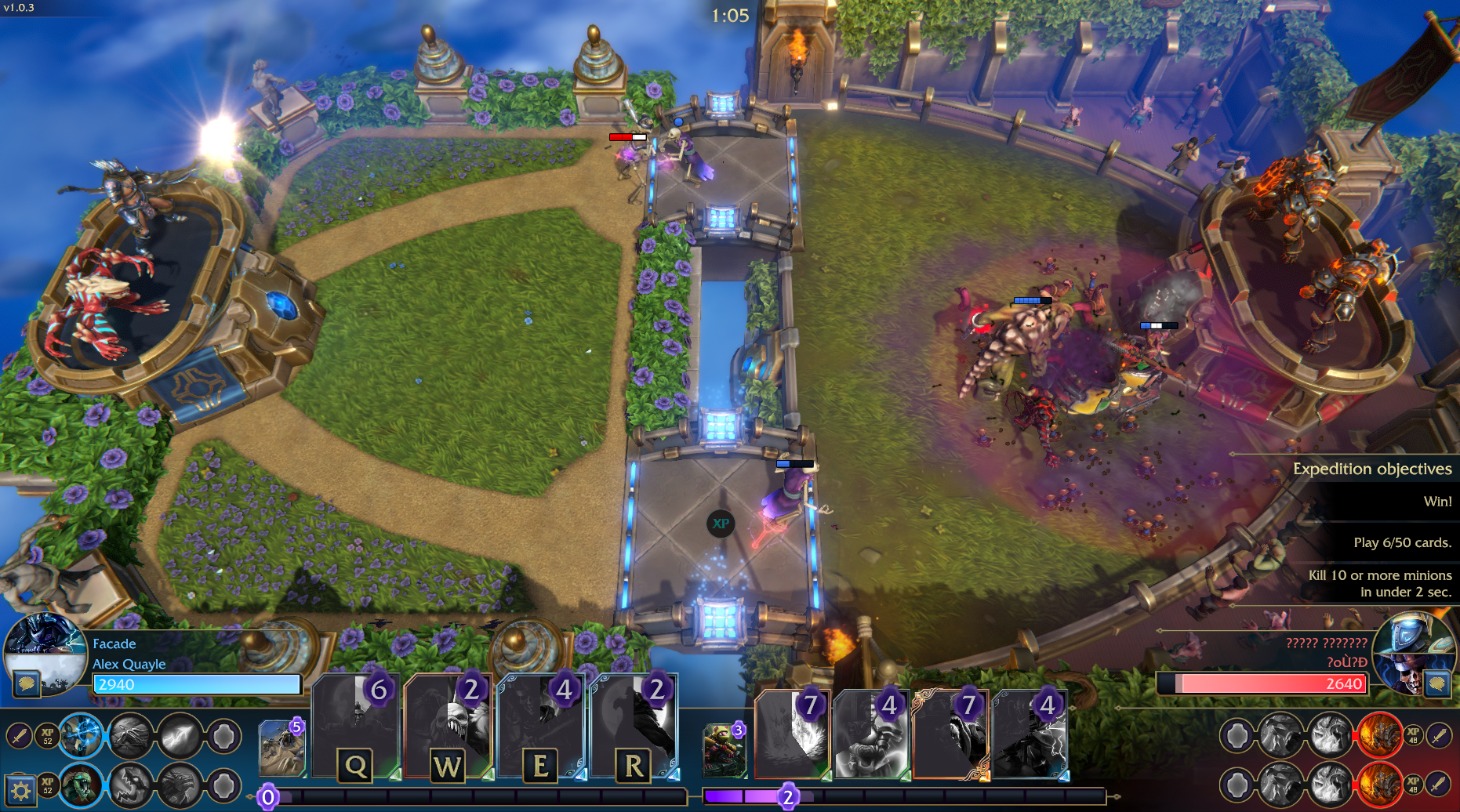 Minion Masters requires you to build a deck based around your way of taking down the enemy tower; you can choose to be aggressive and deploy gigantic monstrosities on the battlefield or choose to defend your tower with building cards which pump out units. Finding a combination that works for you can give you the biggest leg up against your enemy, find the wrong combination and you’re going to suffer the consequences dearly when you’ve got no units to defend yourself from flying minions.

Like every great card game, Minion Masters draws fun from its varied cast of characters and their abilities. Each card you play contributes to your efforts in one way or another, giving you a chance to experiment with different combinations. The best way to describe it is like playing a game of chess without the squares, oh, and you have to be selective on which pieces you want to hurl at your opponent because that costs mana, and mana forces you to micromanage wisely.

Progression wise, the game never falls short to give you something to work towards. The expedition mode transforms your master into a figurine, places him on a board to interact with other characters and engage in battles in order access the points these characters are guarding, which can be accumulated and exchanged at the end for a power token and a handful of coins. I’ll be honest, this isn’t the most exciting gamemode and merely serves as an incentive to stop creating your deck and start using it but it’s a relatively easy way of getting a power token, which acts as the game’s lootbox (not the gambling kind).

The real progression comes from the battlepass – 100 levels of rewards for 1500 rubies: an achievable amount if you manage to progress through the ranking system regularly which is an easy feat. Of course you can always opt in to purchase rubies for the price of a meal out but the pass is full of cosmetics and the occasional XP boost.

But I can’t stress enough how well this game manages to avoid the p2w trap that so many other titles walk blindly into. Yes there are premium items but they serve purely for cosmetic purposes. There are no cards that can only be purchased with real money only which goes a long way for a free to play title. Levels don’t propel you into higher ranks. Instead, they are purely for show and a requirement for many of the player-created guilds. While someone who purchases a set of power tokens are likely to have more cards than someone who doesn’t, the rewards given from the power tokens are not premium.

The best part of Minion Master’s business model? There is nothing that can’t be purchased without the game’s currency. Sure rubies are hard to come by, but if you’ve been eyeing up a master it’s your choice on how you spend your rubies, but if you keep playing you’ll earn more and eventually, you’ll want to spend money on the game.

This business model isn’t popular with developers, but for BetaDwarf this system has worked for them as the game has been receiving updates frequently for three years now, and shows no signs of stopping.

Minion Masters taps into an unused format seen in free to play titles, let alone gaming itself. A combination of charming characters, visually appealing graphics and an addictive progression system weave together to present a game you won’t want to miss.