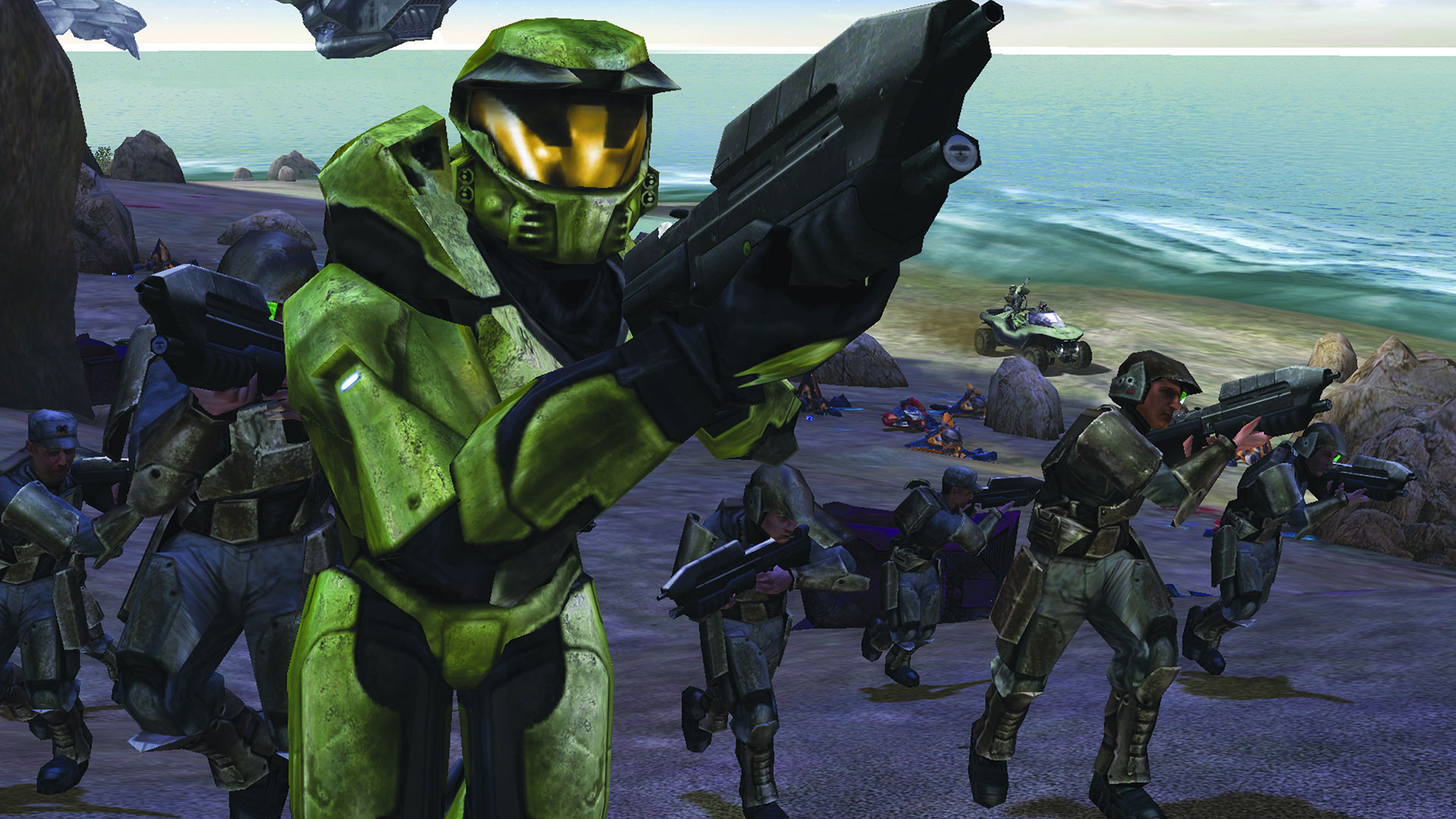 Once upon a time, there was a game company that had it all, they just didn’t know it. This company was Take-Two, once 22% owner of Bungie, who’s games were published by Rockstar. If they had only kept a hold of Bungie, imagine what the world would be like if they owned the two biggest games of the century! Take-Two would have been EA before EA could have become so huge. Halo: Combat Evolved is the best FPS to come out on a console since GoldenEye on the Nintendo 64, which was made by another Microsoft owned company, Rare. Even after more than a year, the graphics are still some of the best the system has to offer, with great lighting, bump mapping, and huge vivid levels full of life(and death once you run through it). And to make things even more exciting, not only was this game multi-player, system link(and xbconnect compatable), but it has vehicles and a multitude of weapons to pick-up. Get a little deeper into the game and you’ll probably be impressed with the sound as well, amazing pieces were conducted for this game, original and upbeat, they keep the game from ever being boring.

If this is not enough, then the story alone should do ya. Trapped on a strange Ring-World, you are mans’ last hope at survival. Battle your way against the enemy covenant, and the flood to stop them from destroying all life in the universe. With an ending that will twist your mind, this game has one of the best story-lines in the industry today.

Final Thoughts: A game that has shown many how games should be made, and how they should look, sound, and feel. Not only does it excel in every important aspect of gaming, but its also playable online, and is the most fun game on the planet. So you can’t play it on Xbox Live!, you still have XbConnect!