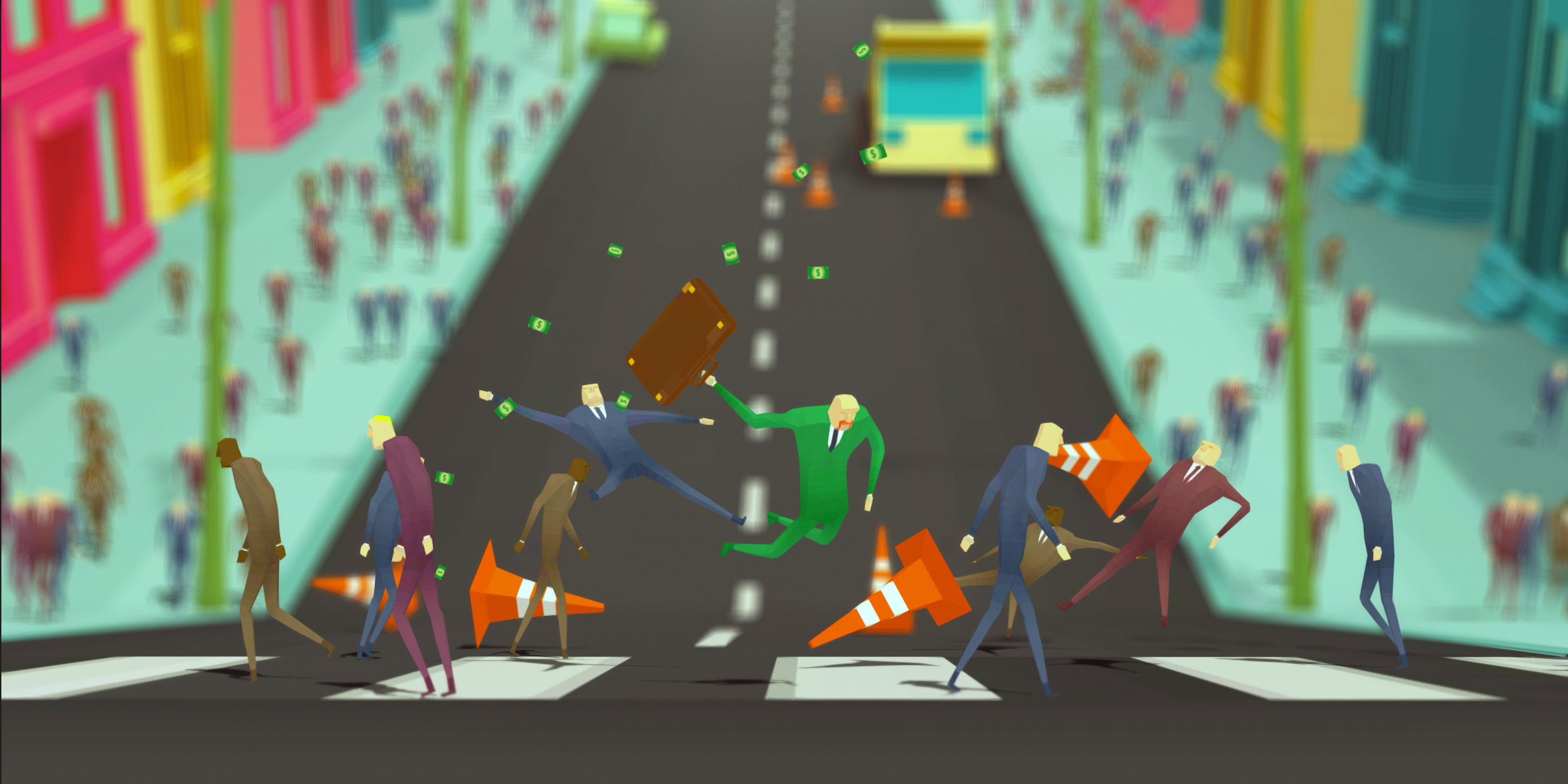 Itch.io had a good 2017. hundreds of games were released upon the unsuspecting users. Some were good and some were bad.

Here’s one of those games; Landslide McQueen. A short but sweet arcade game about hitting as many businessmen as you can before reaching the bottom of the hill. The game only lasts for 30 seconds max as you try to hopelessly knock businessmen off their commute while sliding down on your briefcase full of money trying to get a high score but it wasn’t the game itself that prompted me to write this review.

It was the subliminal message.

See in Landslide McQueen you play as a businessman who is sick of repeating the same thing day in, day out so he decides to lose as much money as possible by taking out his anger on other commuters. This is a very common feeling that many of us can relate to at one point or another in our lives. Landslide McQueen represents the part of us that wants to let go. The part that wants to slide down a hill and knock people off their feet.

Anyways I’m getting off track. In the game, there is only one hill which consists of a straight path down with a truck parked with a ramp. Airtime can nab you a large number of points although if you prefer to stay on the ground knocking over the sea of pedestrians can net you a decent score as well. Multiple knockdowns will cause a chain multiplier. Once you reach the end of the hill (which is only a matter of seconds) you are given a final score which you can either tweet or restart to try and beat it.

And that’s about it. The music is hella repetitive and the graphics are just right. Landslide McQueen is a rare game that looks like it should be on mobile but at the same time deserves a place in the PC gaming world. Is it Steam material? No. Does that mean it’s bad? No. Should you check it out? Yes.