A brutal game that begs to be played

Voices in your head that berate, question, and even encourage you as the path becomes clearer. Lights and symbols flickering around your field of vision. The world  is seen a beautiful place that can get swallowed up by fire and darkness at any moment, forcing you to fight it off, either with sword in hand or with your overwhelmed mind. This is what Hellblade: Senua’s Sacrifice offers to players right from the first few seconds. It’s annoying. It’s obnoxious. The voices causes anxiety. They can make you paranoid at times. It is the single best representation of mental health struggle that I have ever witnessed in a video game. It’s a game that I hate, but for good reasons. I hate that it’s so accurate, and I hate that it forced me to deal with my own struggles. When a piece of media is able to make you love something that you should by all rights hate, there’s something unique about it.

The story follows Senua: a Celtic warrior traveling to the Norse realm of Helheim in order to revive her deceased lover. She must pass through several trials in order to enter, as she is not dead herself and thus must prove her worth. Along the way, a mysterious force known as the Darkness constantly pursues Senua, both physically and in her mind, which is already haunted by voices, hallucinations, and a constant anxiety over her task.

The developers make a note from the beginning to play the game with a headset for the best experience. Well, wearing a headset does help pull you deeper into Senua’s troubled mind. Each voice you hear will go in and out of each ear, even appearing as though they’re behind you, just creeping up on your shoulder. But Senua herself does not let herself become overwhelmed by them. She has a mission, and she will succeed no matter the cost. The fact that she has a constant look of paranoid fear in her eyes as she moves about the land, even while fighting, shows the most powerful part of the writing: her illness is a part of her, but does not define her. She’s a warrior. She loved someone enough to want to bring them back to life. She’s intelligent enough to get through the world’s various puzzles and visual hallucinations. A fleshed out character who’s mental illness is neither a crutch or their only character trait? Brilliant!

Almost too brilliant, in fact. The darkness Senua faces feels all too real. Despair grips her every time the darkness gets larger. The voices get louder, their aggression amplified. She panics, even to the point of collapsing on the ground. No soothing voice to help her calm down. Nobody to hold her. None around to give her the help she needs in that moment.

This is true darkness personified; the darkness of depression from psychotic episodes. It hits hard because I’ve been down that dark road before. Not because of me sharing her specific mental illness, but due to my own struggles. You think you can’t escape. It swallows you, consumes your thoughts, your vision, your entire being for the time you’re feeling it. The voices Senua hears might not be her own, but they use the same words my own internal voice uses against me whenever the darkness catches me in its maw. I threw the headset off my ears several times during my playthrough, frustrated at what I was hearing. However, it didn’t feel the same hearing it from the speakers of the TV. It was like something was missing – that personal connection was severed. As painful as it was, I put them back on and pressed forward.

And press forward I did, and not just because I wanted to see this magnificent and haunting story through to the end. The gameplay itself is a masterclass of focused vision. You only have three things to do in this game: walk through the various sections of Hel, solve perspective puzzles scatter about, and fight demonic figures with only your sword and willpower. The walking is self-explanatory, so there’s not much to get into other than taking in the beautiful vistas around you. While the atmosphere is bleak and creepy to an unnerving level rivaling the likes of Silent Hill, the environments are gorgeous. Ranging from coastal shorelines, dense forests, and even snowy mountainsides, the game covers a lot of ground in terms of visual variety. This is all enhanced by the well-done graphical quality that can easily rival any AAA title.

The puzzles have a basic setup: you find a door with runes. Senua imprints the rune pattern in her mind. You scan the environment for figures and shadows that fill the rune in. Door gets unlocked. It sounds simple enough, and at first it does seem a bit too simplistic. However, extra layers get added with each new area, throwing in changing landscapes, disappearing paths, and even rushing through certain parts to avoid getting burned before the item disappears. It shows just how unique the mind of someone suffering a mental health can be, seeing patterns where you might think none exist. While there is a bit of an issue of the camera pulling you towards the solution if it feels you’re close enough, each puzzle is intuitive enough to get you thinking without resorting to game-like markers and path suggestions. Senua has to do this on her own, and so do you.

And now for the part you’re all actually excited about: let’s get ready to fight! Every now and then, Senua battles demonic creatures to progress. They’re hulking beasts with the faces of crows wielding swords and clubs, sometimes appearing in groups of three or more, ready to kill Senua at a moment’s notice. Fortunately, she is a Viking warrior and can handle herself rather well. The moves are actually fairly simple: light and heavy attacks, a block, a melee grab, and a dodge button are your tools. Break the enemies guard as they strike, or overwhelm them before they get the chance? Ask quickly, then act faster. The enemies are fast, and can overwhelm you if you’re not paying attention. But as long as you maintain eye contact, you should be able to take care of them with relative ease. For tougher fights, you gain the ability to use your special “sight” to slow time down and either escape to a safe distance or annihilate one enemy who’s giving you too much trouble. Each swing has weight and impact rivaling that of a good fighting game, and each encounter feels just as tense as the last.

Speaking of tense, there are set-pieces here and there that serve to further the story, and this is where the game continues to elevate itself. Moments come and go that feel like you’re in a horror movie, albeit twice as terrifying due to the already unnerving voices and hallucinations. Add to it the masterclass of sound design and eerie musical score, and you have yourself one of the most visually arresting and frightening trips through hell that any game could ever put you through.

As far as negatives go, only one comes to mind, and that’s the occasional model clipping through the world. Enemies and even Senua herself tend to get caught in the landscape a bit too easily, though it usually gets fixed as soon as you move.

This is a dark game, but for a different reason than what we’re used to. I ultimately feel like this is an important title to play, especially for those who suffer as I do with mental illness. You might hate it, but it’s for the right reasons. It’s personal, dark, and cathartic for anyone who’s had a rough go at life. 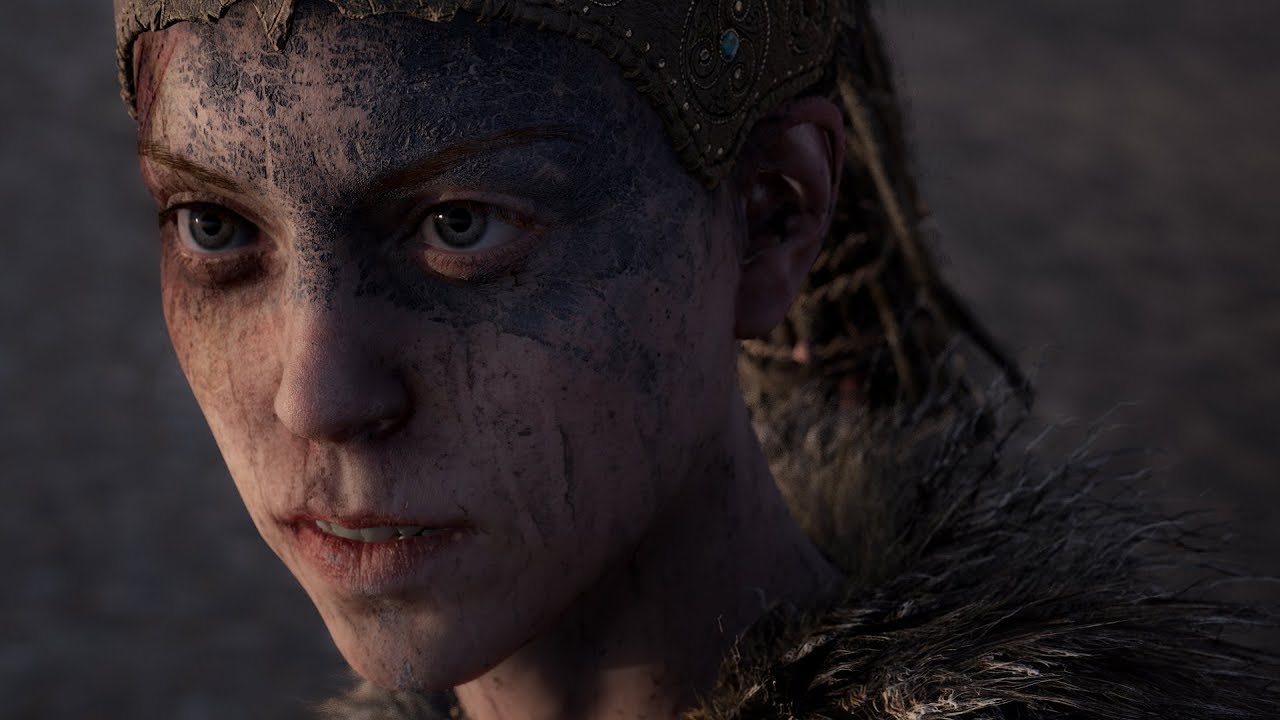