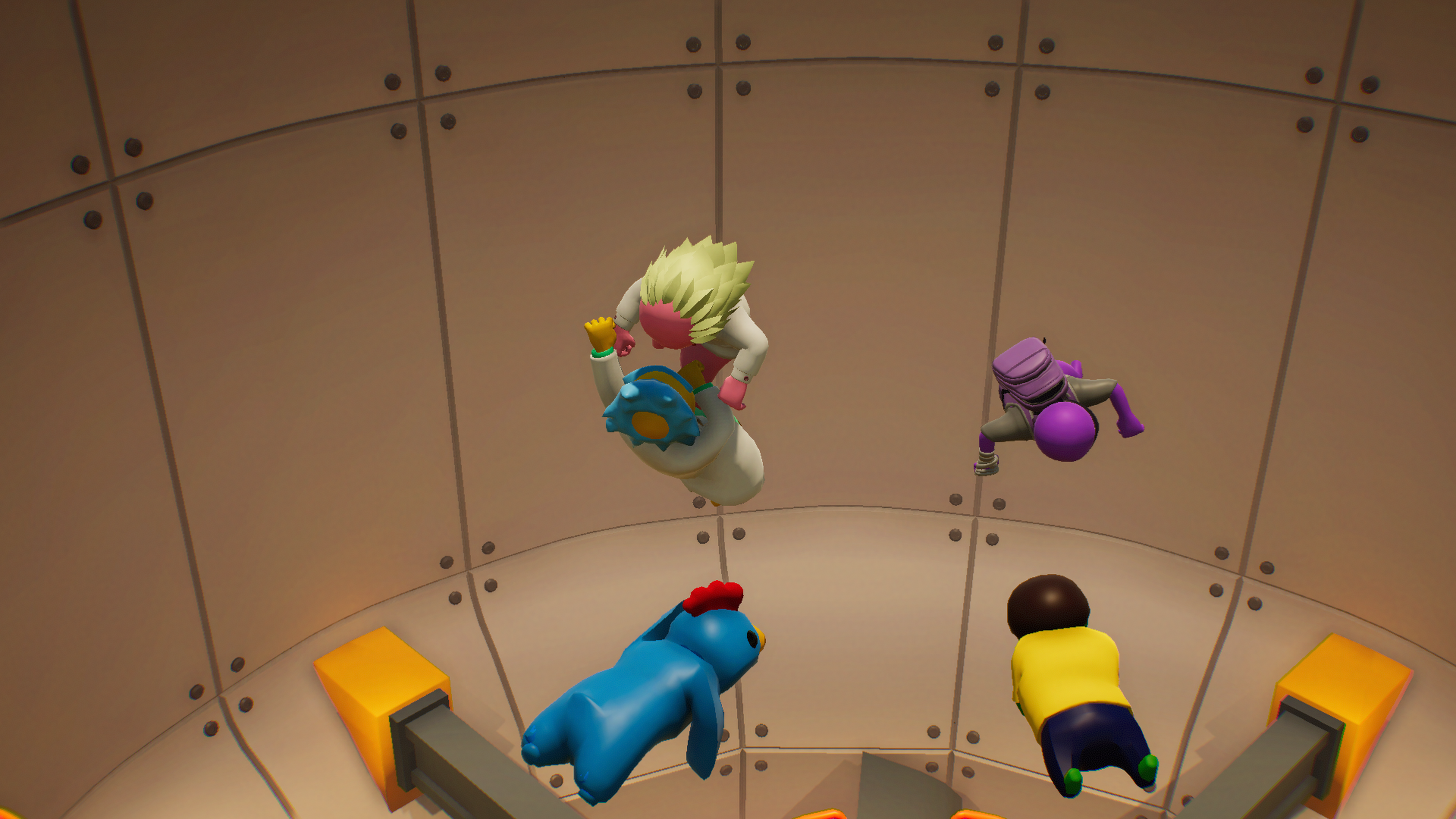 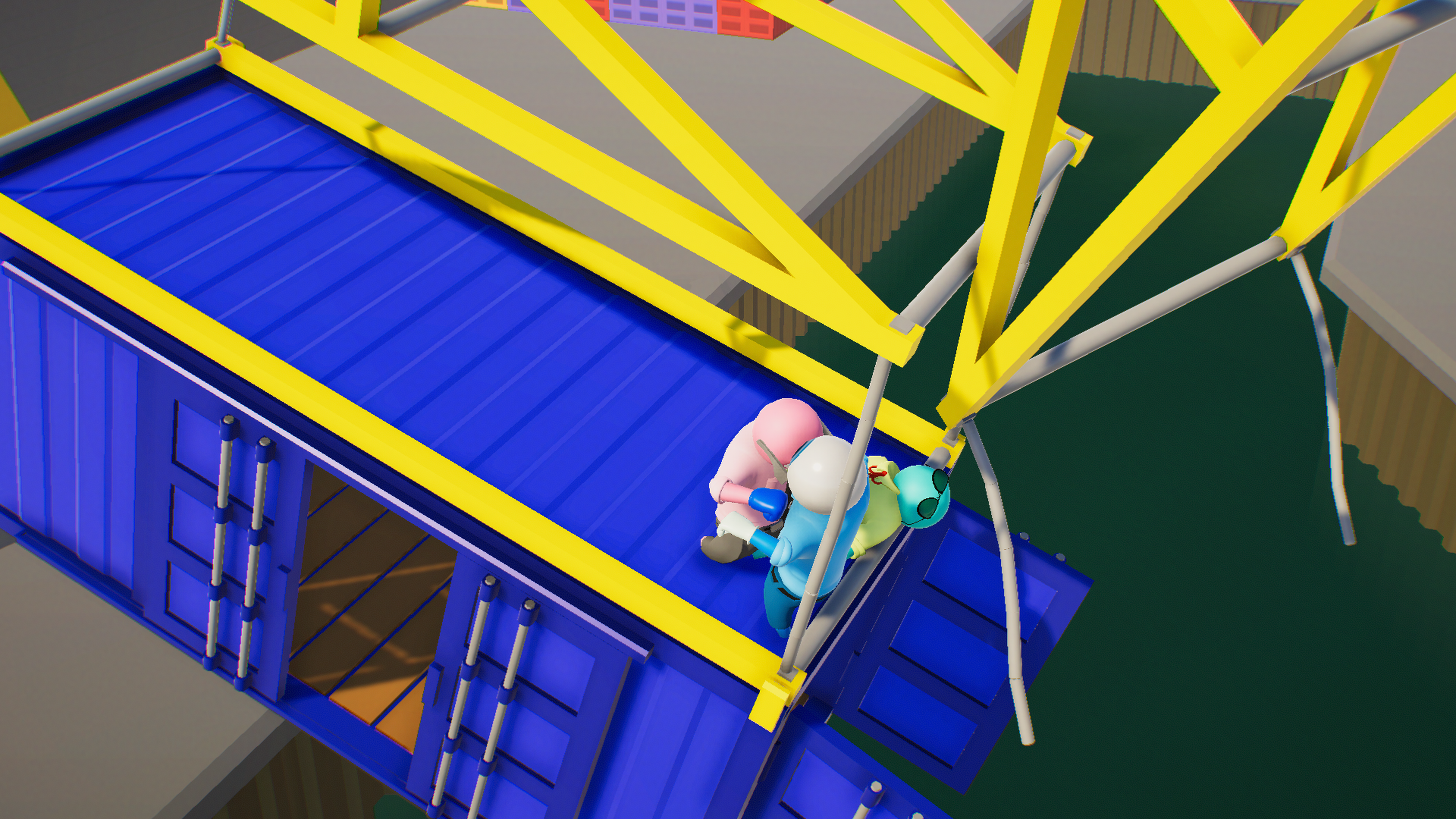 Entering steam early access in the summer of 2014, Gang Beasts‘ gestation period has been a little too long for comfort. December 12, 2017 signaled the end of that era, with the game leaving its early access surname in addition to launching on Playstation 4 and Playstation VR. Despite launch day woes, Gang Beasts positions itself as a gloriously hot mess. This is the sort of game you play with your “squad”. You know, the pals; the friends you constantly insult and have hundreds of inside jokes with. If you’re looking for the ultimate “squad” game, you’d be hard-pressed to find a more fitting title than Gang Beasts.

Awkward controls dominate the honeymoon phase with a quick glance at the menu doing little to prepare players for a real-world match against human beings. Jumping, climbing, punching, kicking, headbutting, and grabbing objects feels imprecise. None of it has a particular science to it, meaning most players will fumble their way to success. The use of momentum based physics makes control even more difficult to master. In a live environment with up to seven other players, matches quickly devolve into a shit show. 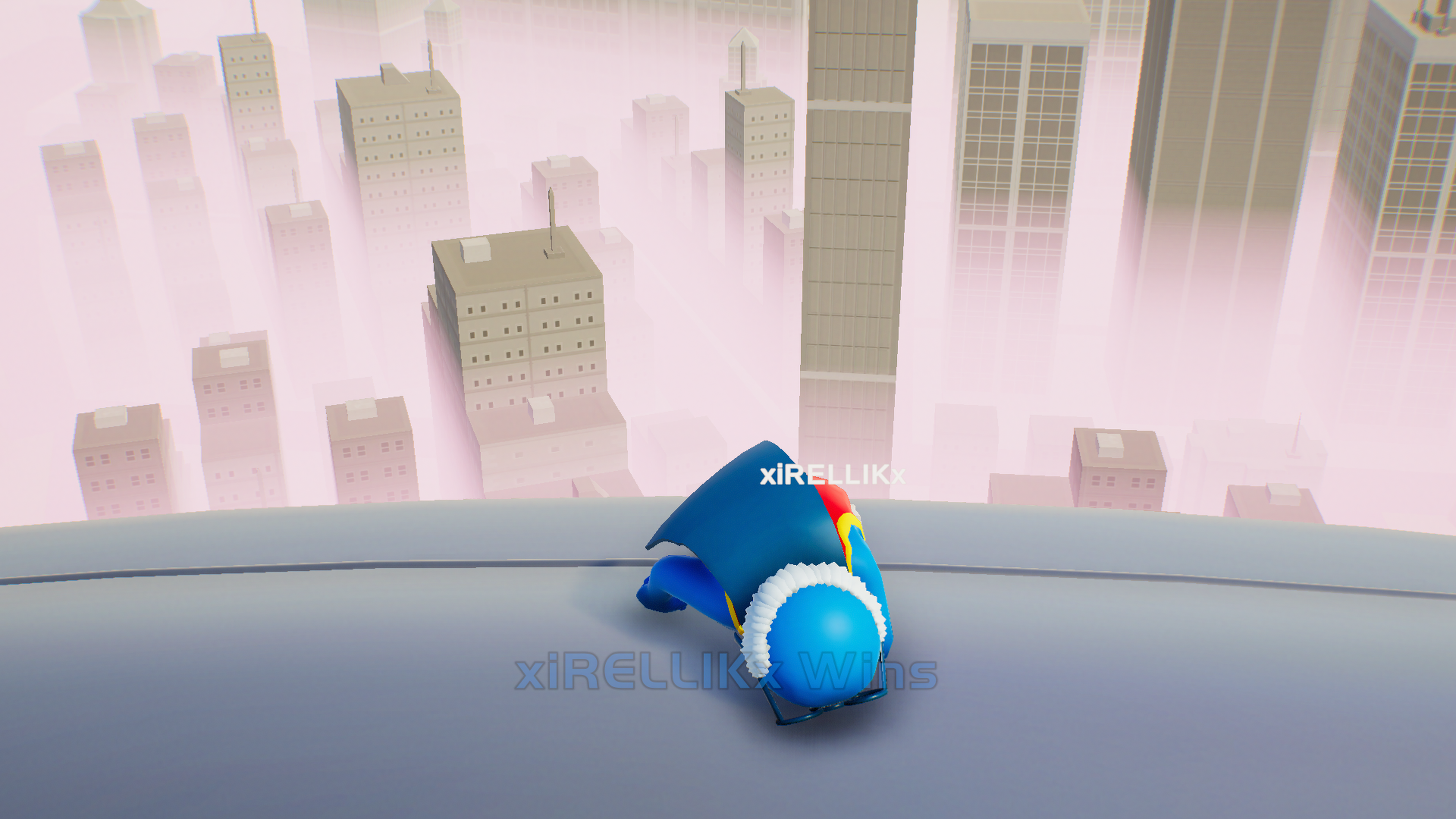 On paper, it sounds like a disaster. Who would want to play a multiplayer game with awkward controls, right? That’s the beauty of art. Its expressiveness can not be described without witnessing the experience as a whole. The effect of the game’s control scheme in practice exceeds its supposed potential on paper, resulting in a transformative experience.

Gang Beasts contains four modes. Gang is just a team based melee and doesn’t offer the same thrills as double crossing close friends. Waves is a survival mode that can be played alone or with other players. It’s not going to replace melee, though the AI behavior can lead to legitimately funny moments. The most peculiar mode, soccer, will be hit or miss depending on the situation. The aforementioned control quirks make soccer next to impossible to play. A dedicated kick button exists, though it’s so flimsy and the physics are so unpredictable that most goals will be nothing more than pure accidents. Soccer doesn’t offer the same adrenaline rush as melee or even survival, but with the right group of friends, it can generate hilarious emergent gameplay moments that spawn out of the horrendously charming awkwardness that is Gang Beasts‘ control system. 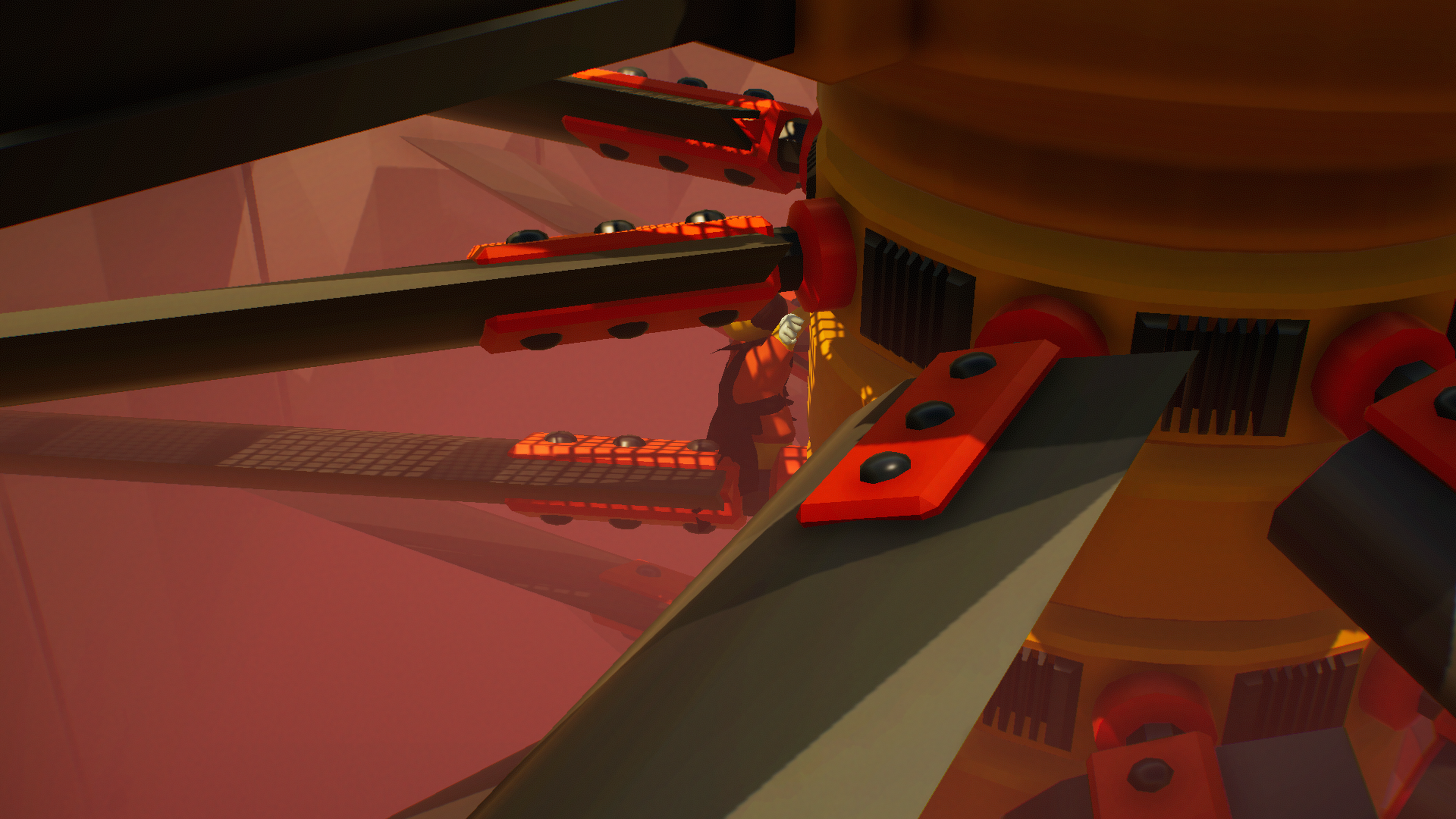 Player avatars can be customized with a decent amount of variables. In addition, over twenty preset costumes are available from the outset. Identity is key here because losing the picture can be easy among the chaos of Gang Beasts‘ shining mode–melee. The rules are simple. Anywhere from two to eight players locally or online are loaded up into any of the seventeen stages with the singular goal of knocking everyone else off the stage or killing them using stage hazards. Each map offers a distinctly fresh take on the art of button mashing your way to success.

One stage takes place on a structurally unsound billboard situated above a highway. Another stage consists of two trucks racing alongside each other with the occasional road sign serving as a hazard for players fighting to the death atop the trucks. Yet another stage may be a straightforward ring with no hazards; only a ring-out status. Another map involves elevators operating parallel to each other with the ability to send each individual elevator crashing down. 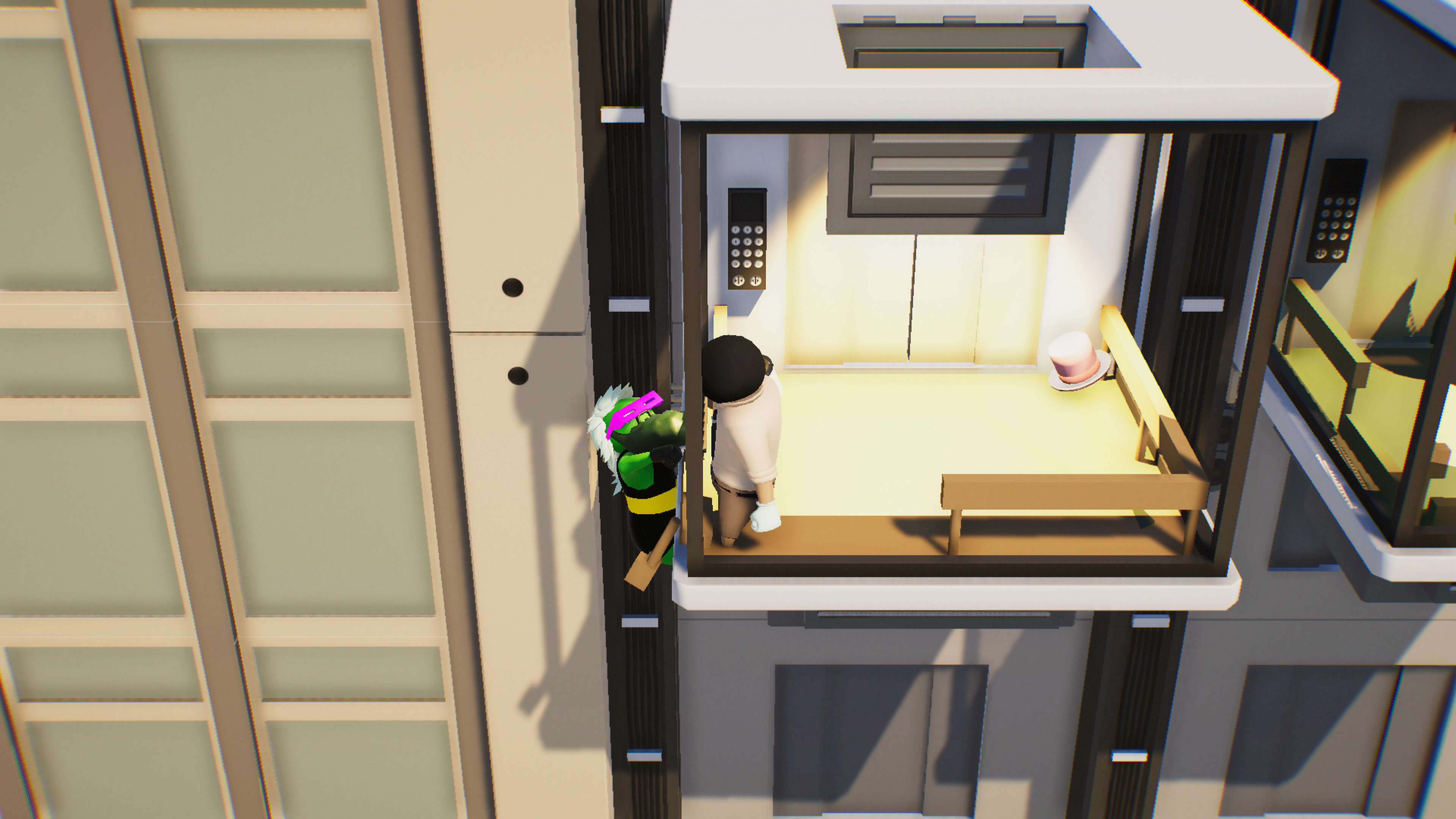 The sheer variety on offer allows for completely fresh encounters depending on the stage. Not a single map feels like filler content with each stage designed to specifically induce anxiety in a different way. This variety combined with the emergent nature of its design makes Gang Beasts one of the most varied multiplayer experiences of the generation despite the relative simplicity of its gameplay–simplicity that is hamstrung by the controls.

Climbing is one of the few skills that can be learned quickly enough, though more advanced techniques like drop kicks and throwing objects at players are a monumental uphill battle. It’s not impossible, but in the heat of the moment you’d be forgiven for giving up on the subtleties of the game’s systems and flailing around like a lunatic. The controls are frustrating. Jumping feels too inconsistent to make platforming reliable. In addition, some of the game’s rules such as how it prioritizes who gets knocked out when players are simultaneously hitting each other will baffle many and may even lead to rage quits. 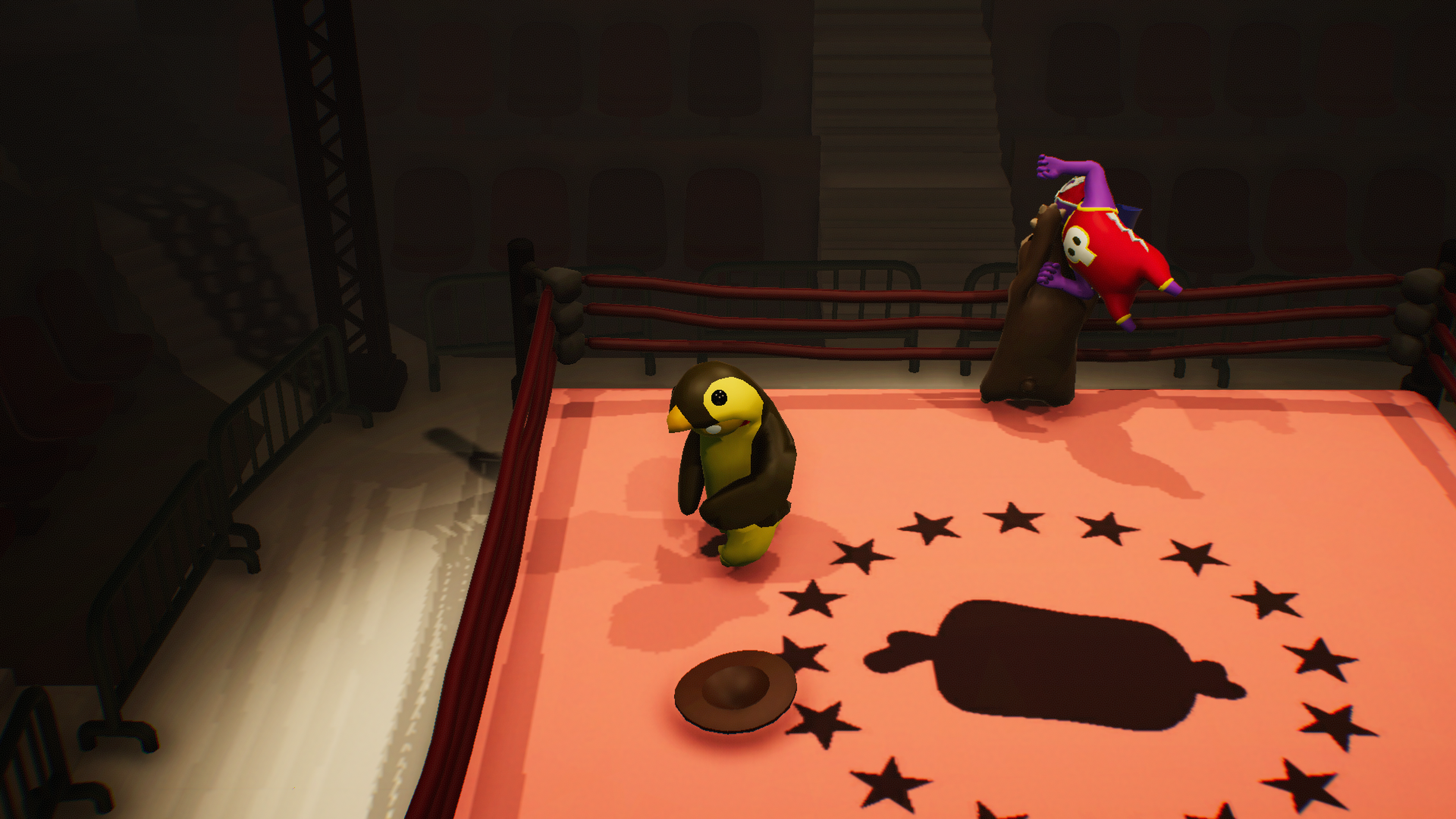 However, at the end of the day, Gang Beasts is an undeniably charming game whose quirky underlying systems allow for some of the most hilarious and unpredictable matches you’ll find. Gather a group of close friends and the laughs will keep coming. Gang Beasts is the quintessential party game for people that want more than just the fun and excitement a title like Rocket League might provide. Gang Beasts is the party game you turn to when you just want to laugh.