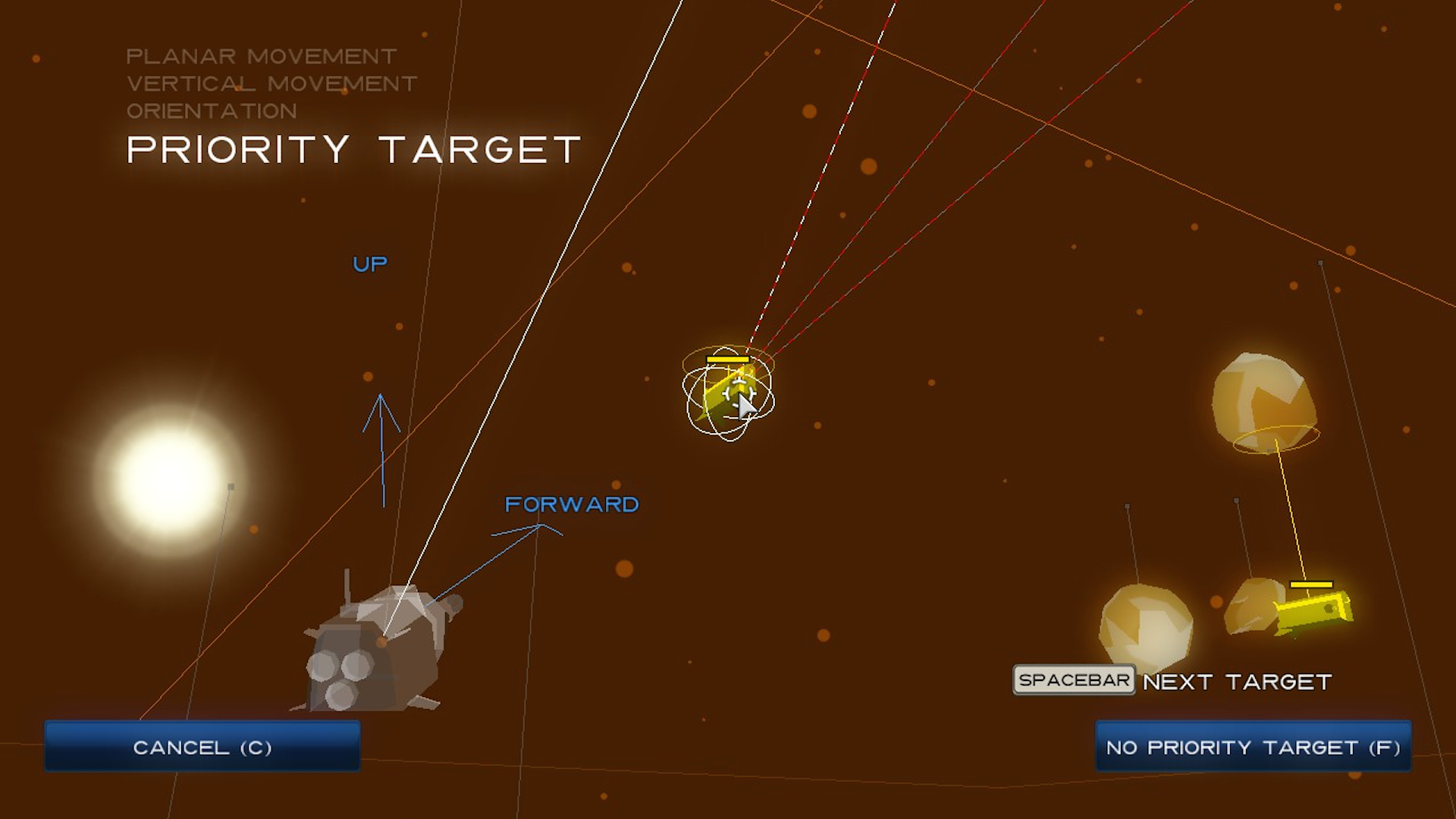 Games You Missed covers the obscure, old, and straight up weird games you may have overlooked so far in your personal gaming journey. If these games intrigue you, give ‘em a play!

A short, but beautiful game for those looking for less frenetic, strategic space combat and a few laughs. While lacking in replayability, its difference from your normal fare will serve as a fun palate cleanser now and then. Flotilla’s originality does make you wonder about the awesome possibilities of similar games with streamlined controls and added depth.

One of the early games to come out of the one-man indie studio, Blendo Games, in Flotilla you command a handful of ships through a randomly-generated story of exploration, battle, and finding a glorious end. You can also play skirmishes against the AI with any ships of your choosing, or even a challenge a friend to a dance of death among the stars. 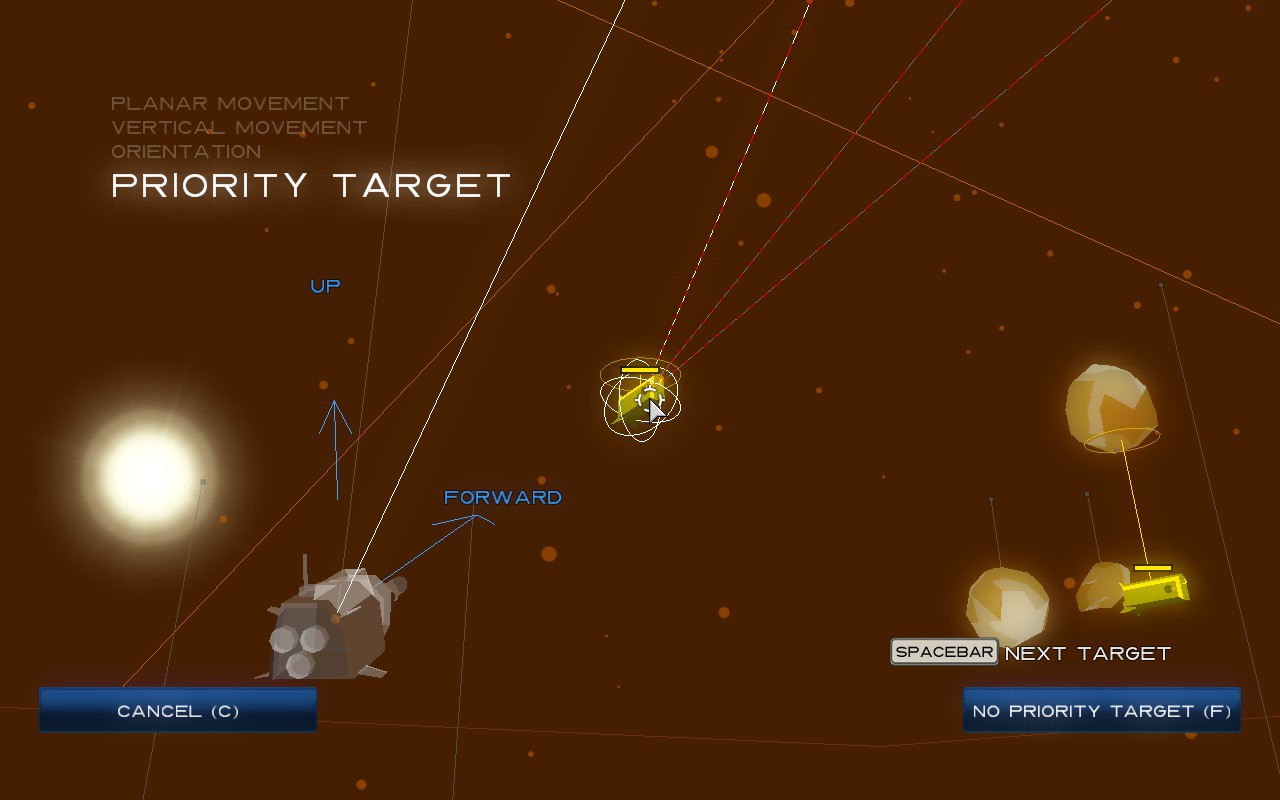 In Flotilla’s single player Adventure Mode, you play as a space captain facing an incurable ailment with only 7 months to live. You travel from planet to planet, following a limited procedurally-generated story.

There is a ton of fun and flavor to be found in these random little story lines. Each planet you travel to presents you with a brief situation and choice on a weird world populated with humorous animal-based aliens. You may smuggle Space Toucans, run afoul of Space Chickens, or befriend some Space Pigs. The choices let you decide what tone your final days will have, may lead to combat, and sometimes reward you with a new ship or a cool upgrade module without any need for combat.

If you have ever questioned why the ship commanders in Star Wars always seem stuck on a flat plane, Flotilla’s the game for you. With a full 3Dl range of movement, maneuvering and positioning win the game.

Each of the unique and beautiful low-poly ships are built like German WWII-tanks; the front and top armor is nearly invulnerable, while the rear and bottom armor is the weakest. Angled armor deflects shots, so a perpendicular shot is the most likely to penetrate. The ships that you get to command over the course of the game include: 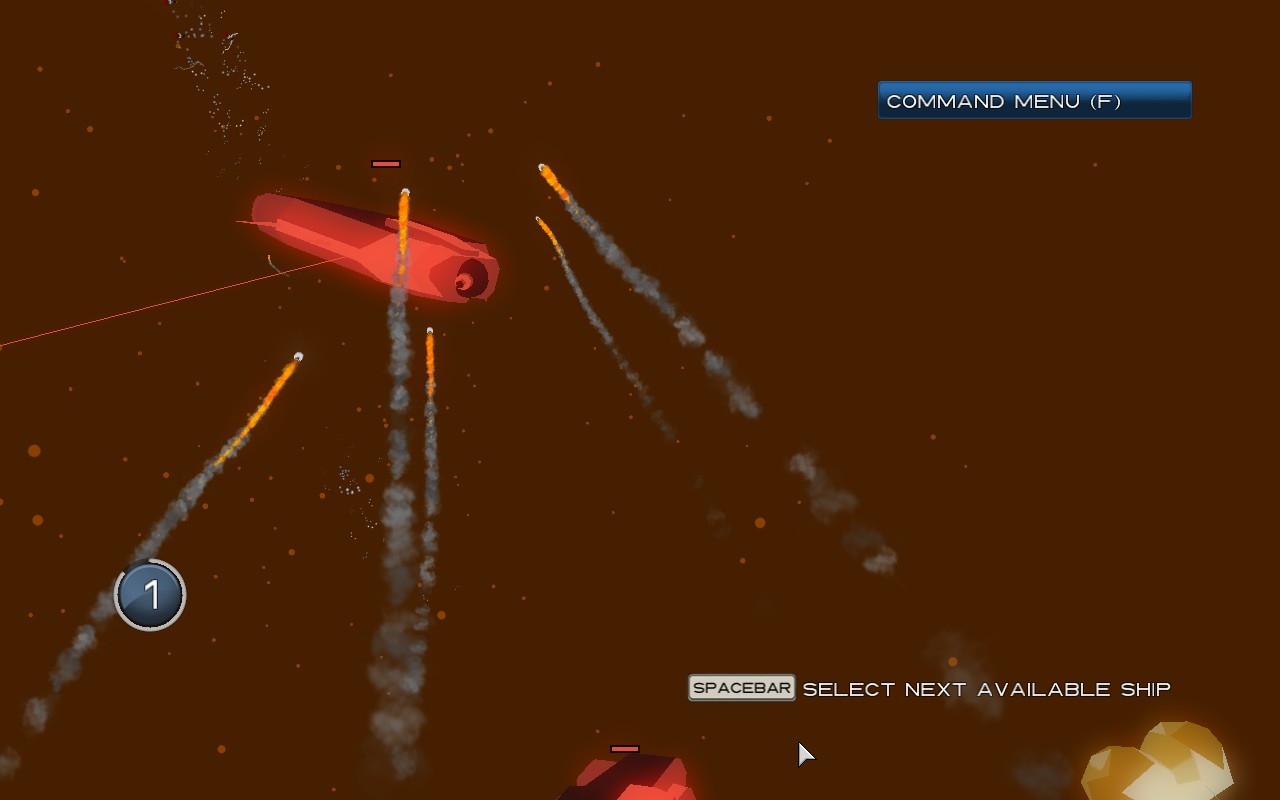 When you find yourself staring into maw of a Beam Frigate’s cannon, your last words will be a few choice curses for the missile crew of your Destroyer.

You issue turned-based commands to each of your ships, free to view the paused battle area from all angles. Then you watch your ships execute your commands for 30-second intervals of real time combat before the game pauses again. The crews of your ships handle aiming and firing the weapons, leaving you determine how to survive the next 30 seconds and destroy enemy vessels through superior positioning and clever maneuvers. With huge ships drifting around one another in a deadly ballet and the distant thunder of weapons behind a classical music-score, combat in Flotilla somehow manages to be serene.

The controls and interface take are challenging to pick up, which can lead to some frustration while you are also trying to master the game’s strategy. Your viewpoint is an invisible camera outside your ships with unlimited ability of movement. You’ll have to move frequently to get a good view on where you should maneuver each of your ships to avoid enemy firing arcs and space debris, while also securing your own kill shot. The camera movement is awkward at first, so many people try not to move at all. But that can leave you accidentally sending your ships into danger because you didn’t have the right angle.

When you are in a good position with your camera, you order each of your ships to move one at a time. First you select movement types: fast movement without shooting, regular movement and firing, or slow movement and increased rate of fire. Then you set your planar movement (X & Y axes). Then set your vertical movement (Z-axis). And then set orientation; rolling and changing your facing (or letting it be set automatically). And finally you set your priority target. As you go through the move order sequence, the time the maneuver will take adds up on the screen to let you know how much of that 30 second time window of each turn your ship will be moving. Typically, you want you ship moving for the entire time and not be sitting in space. If you order a move that takes over 30 seconds to execute, the ship pauses at 30 seconds anyway.

It seems like a lot, and it is. At first. You’ll lose a few battles from moving too close and exposing your weak points to the enemy. But then the movement sequence will start making a lot of sense. You just take it one step at a time, and turn your attention to enjoying the strategy and visuals.

On the positive side: The art-style, the quirky space animals, and the little details all add up to make a tasty little experience for those who want something different from their usual gaming fare, and is a large reason why I recommend this game after all these years. An example of the neat little details are something as simple as the names of your ships. The ship-naming scheme almost as cool as the ships from Iain Banks’s Culture series. Names are structured as NUMBER ADJECTIVE/VERB/NOUN NOUN, leading to tasty combinations like ELEVEN BLACK LIGHTNING or THREE MOON GLORY.

In Adventure Mode, as you win battles, help space animals, and do a little black-market trading, you earn equipment that can strengthen your ships, and occasionally get new ships for your fleet. It’s always a lot of fun to grow more powerful and kick butt. 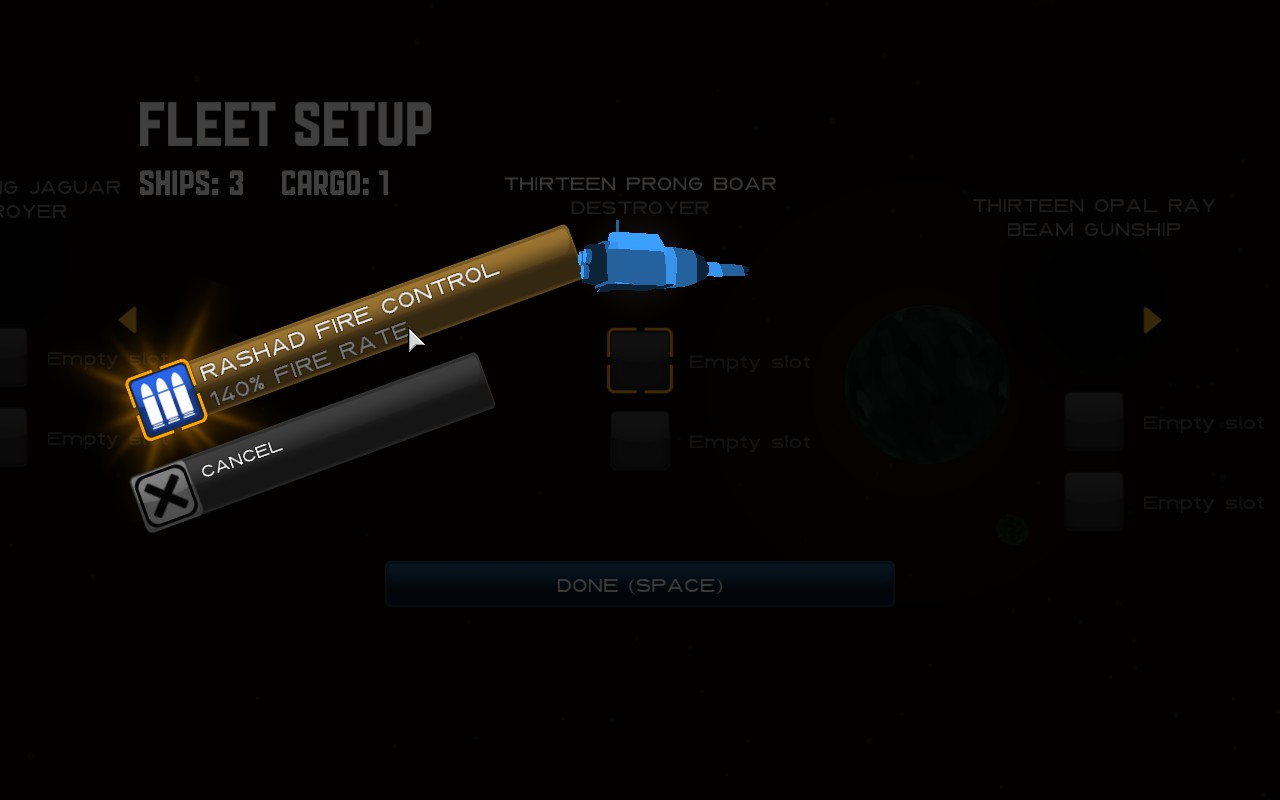 On the negative side: Flotilla is fun, challenging, and funny, but after about 10-20 hours of gameplay, it’s probably going to become one of those games you just play occasionally when nothing else will do. As I said, the single player Adventures are the best part of Flotilla, but they are also where the game stumbles a bit. On each adventure, you are playing a Captain who has an incurable illness and only seven months to live. That equates to roughly 30 minutes of game time. While this is great for causal play and busy schedules, it’s just a bit frustrating that just when you are starting to amass a powerful fleet, all armed with powerful equipment, you die.

I understand Brendon Chung of Blendo Games is a one-man operation and was wanting to explore shorter randomly-generated stories, but I felt a bit cheated after a few of my Adventures followed the same pattern. In fact, many players complained about the restriction.

Thankfully, Brendon listened to his fan base and added a Hardcore mode, which gives you a longer adventures, better loot, and tougher enemies! The game’s replayability was extended a bit, and the stories now feel like a more satisfying conclusion to your Captain’s story.

Beyond the basic pros and cons, Flotilla highlighted possibilities that seem to be overlooked by other indie game designers. Full 3D movement and position is cool, we don’t see that a lot outside of games where your directly control a single ship. But even in those games, you tend to spend most of your time moving on a pre-set 2D plane. As we see in Flotilla, the reason we see why 3D movement is uncommon, is that full 3D movement of multiple ships requires complex controls. A new game or a sequel to Flotilla would do well in allowing the player to set automated behaviors to minimize control burden. Such setting a ship to always present its strongest section to the nearest enemy, at the cost of some attack power. This would streamline controls, while keeping combat in space realistic.

With slower-paced strategic combat, quirky story vignettes, and limited re-playability, Flotilla is not for everyone, but can be a ton of fun for those looking for a short strategic challenge or something to mix up their mainstream games.

I reached out to Brendon Chung and he mentioned that a sequel or follow-on game is likely down the road. We’ll see what new adventures the future holds. For now, play Flotilla. Hurtle towards your inevitable demise in the cold vastness of space. Make a difference in the life of a space cow or two. And leave a trail of the silently drifting wreckage of your enemies in your wake.

What were some of the coolest ship names you have found in Flotilla? What flotilla let you eke out a victory against a superior fleet?

Let us know in the comments below!