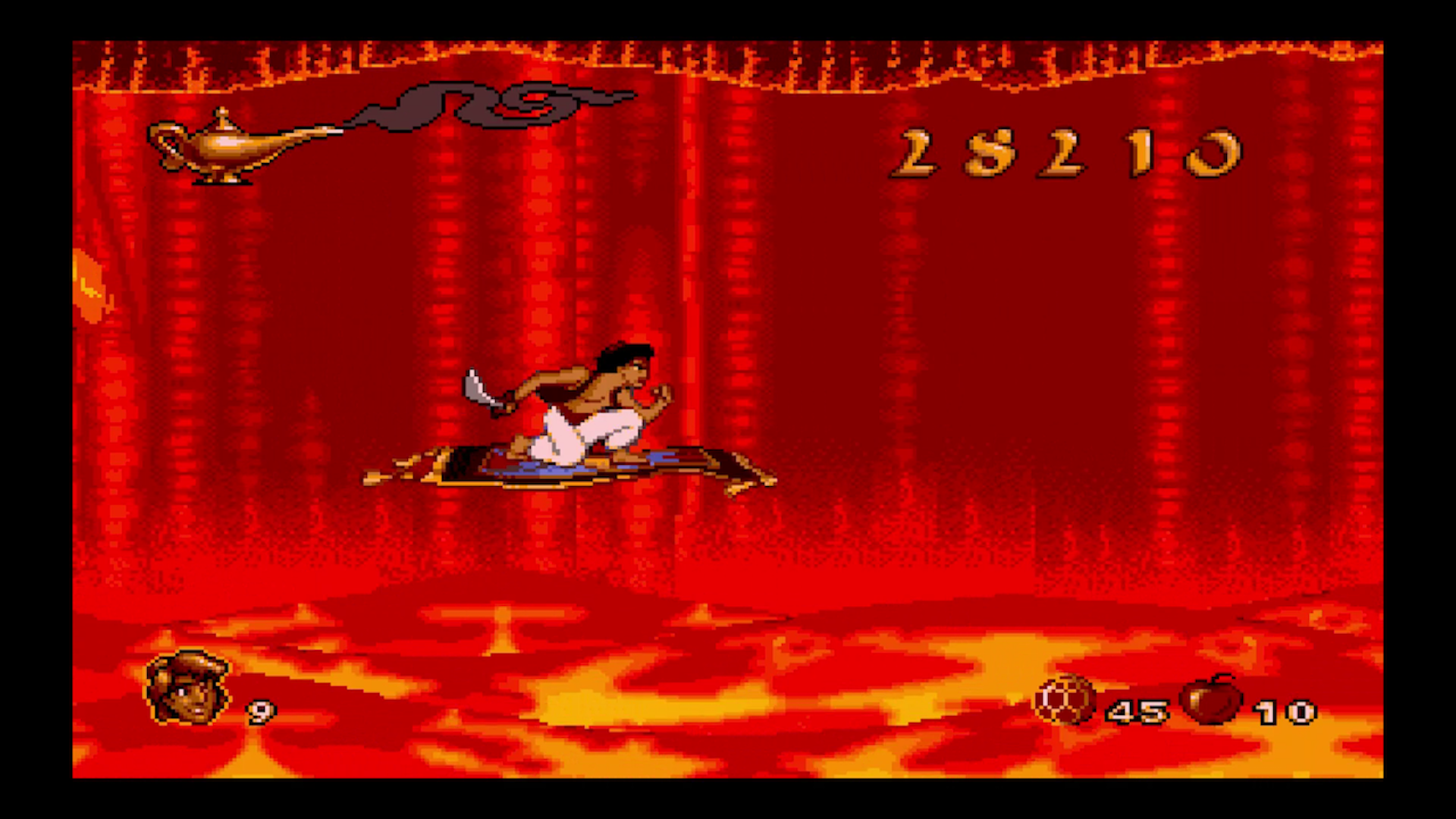 Reliving your childhood has never been easier

With the Sega Genesis Mini having come out in September, I have been playing far too many retro games. Though I thought that would fade eventually, I would have been wrong. If you read my many, many articles regarding the Genesis Mini, you would know I talked quite a lot about the Aladdin game on that system and my disappointment that it wasn’t going to be included in the mini version.

Clearly, somebody up there likes me because both Aladdin and the Lion King tie in games from the 90s have come out on current-gen consoles. I spent a significant part of my life playing both of these games, so I’ve been having a grand old time reliving my childhood.

That being said, times have changed. 16-bit games do not look nearly as good as you might remember, but they are so much fun, it doesn’t really matter. However, the shape of TVs have changed over the years. Back then they were square, ergo the games were designed with that in mind. Now that TVs are rectangular, a few small changes had to be made. 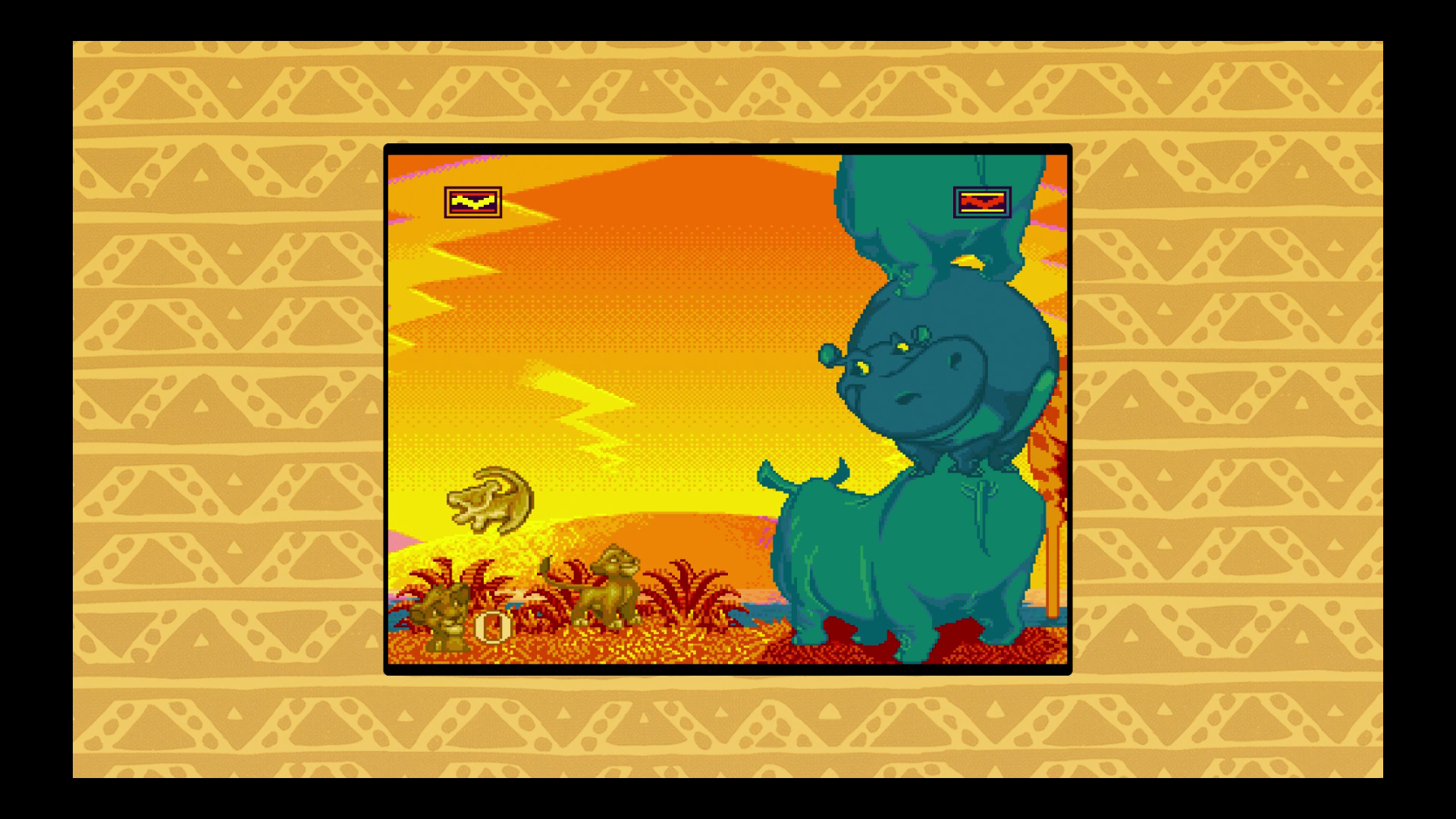 When you first boot up one of the games, it can only be seen in a square in the center of your screen. If you look at the options, however, you have 2 other choices. You can make it stretch screen, if you like, so it takes up the entire screen. But it does make everything, well, stretch like when you copied newsprint onto Silly Putty. And if you never did that, I do not envy your childhood.

The other choice is full screen and the one I found worked best for me. It fit the game to your screen top to bottom and then has the two bars on the side. That just allowed me to play the games how I remember them, but it is nice to have the other options available.

If you are not playing in stretch screen, you have another choice to make. You can have a background or not. The background is nothing distracting, just something to fill in all that blank space. You can turn that off if you like and then everything that isn’t part of the game is just black. Whatever makes your experience better. 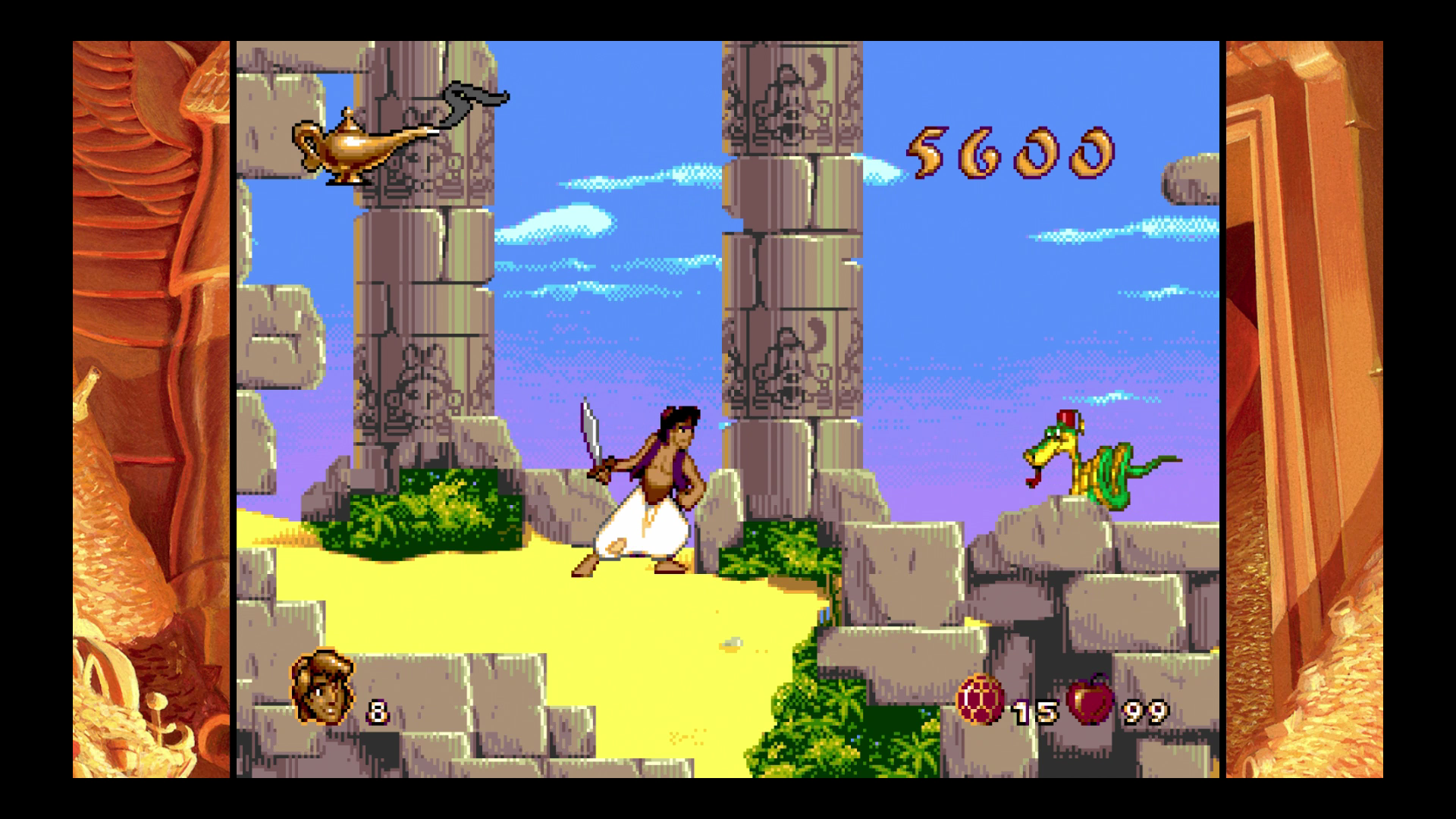 Now to the games themselves. Honestly, they are exactly as I remember them. The levels, the sounds, the music. Everything sent me straight back to a time when many of you were probably not yet born.

The Lion King is pretty terrible and fantastic all at the same time. Watching Simba grow as you play is amazing, but the early parts of the game are my favorite. One of the mechanics involved is roaring to scare enemies. Since you play as a lion cub from the start, you only have this adorable sounding squeak to strike fear into your porcupine foes. 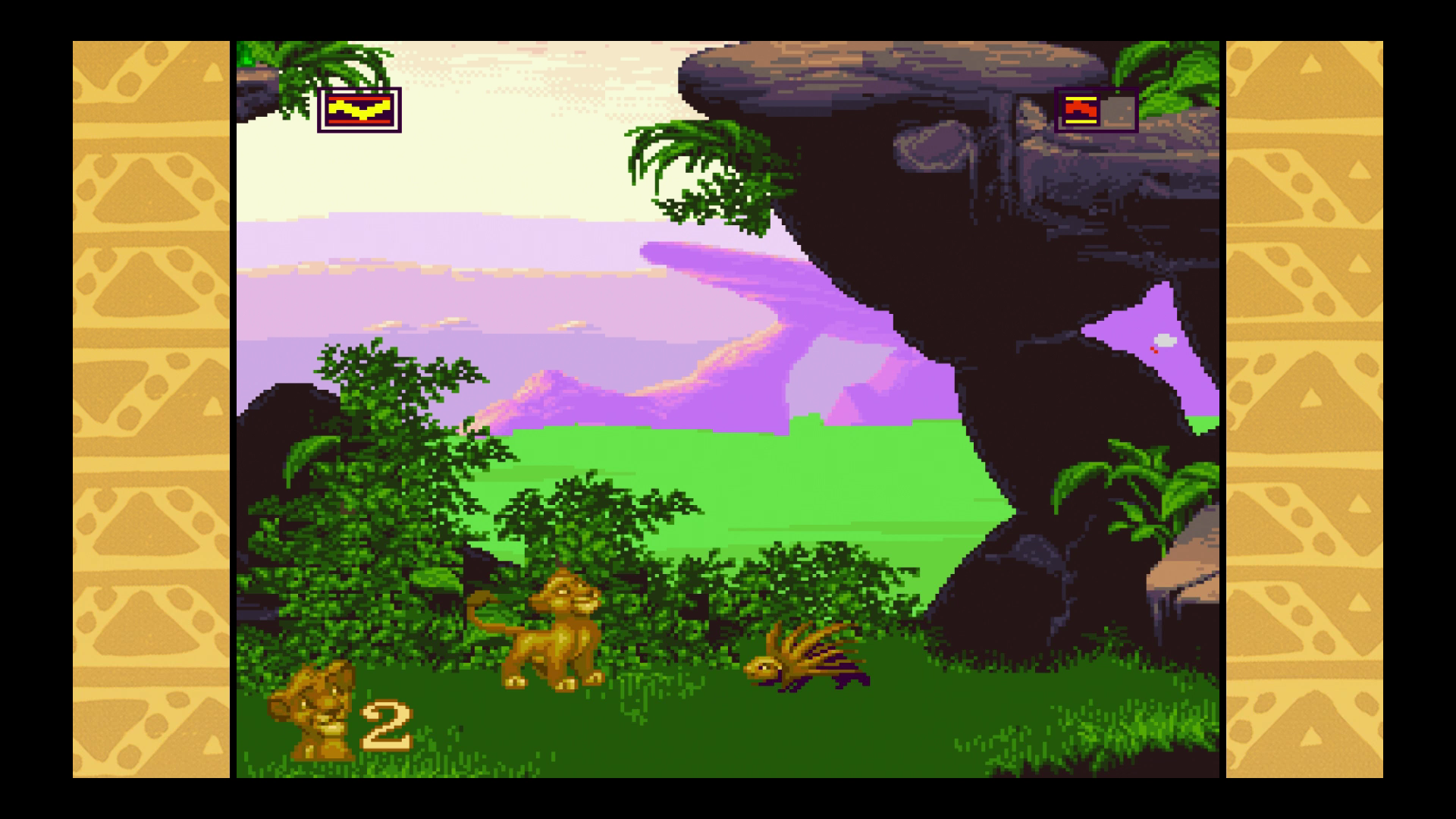 Aladdin was one of my favorites when I was a kid and it’s still amazing now. The music from the levels is likely to get stuck in your head for days and combat is actually pretty fun. Like the Lion King, the platforming is imprecise. Especially from the beginning, you are likely to miss your mark. Then, you’ll get more used to it and you’ll only miss your mark half the time. That’s it. That’s as good as it gets. But that is how they always were so that is what I personally, was looking for.

That is not to say that there have been no changes. There are two very nice differences in the gameplay. The first is that you can save your game at any time. Meaning if/when you die, you won’t have to start over at the beginning of the level, or worse yet, the game, like way back in the day. 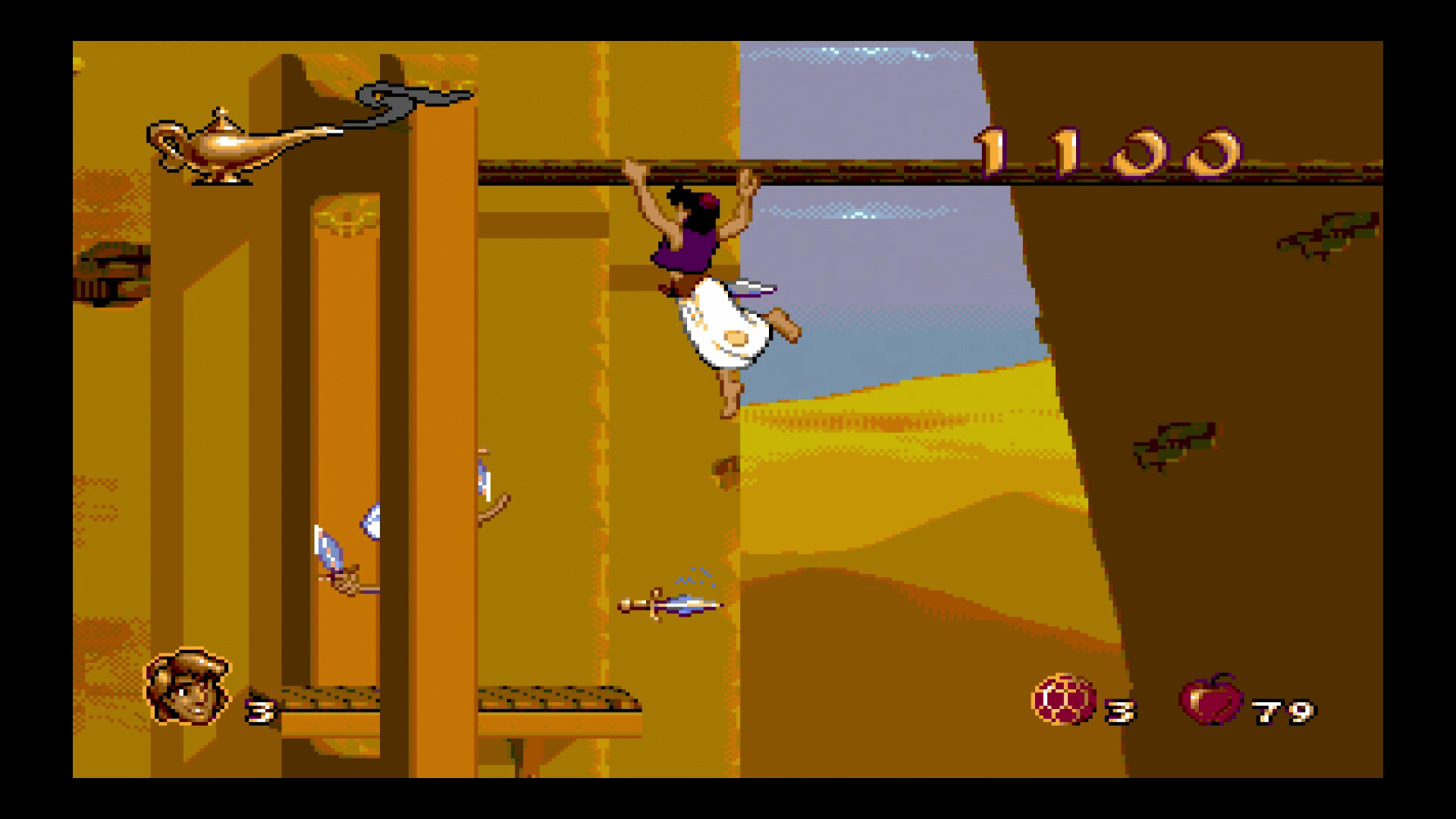 The other nice feature is rewinding. If you make a stupid mistake and fall off of something or wind up taking damage, you can press and hold a button and the game will rewind for a little while. It’s nice to avoid taking damage whenever possible. It’s a feature I always forget to use, but I am getting used to it more and more.

If you are into retro games at all or remember either of these games from back in the day, I would highly recommend picking this double pack up. They are extremely faithful to the originals with a few quality of life improvements. This is exactly what I wanted when I bought it. Remakes are fantastic, but sometimes you just want to play the game exactly as you remember it. That is what these games have done for me, and I am forever grateful for that.

Disney Classic Games: Aladdin and The Lion King is available now on Xbox One and PlayStation 4.