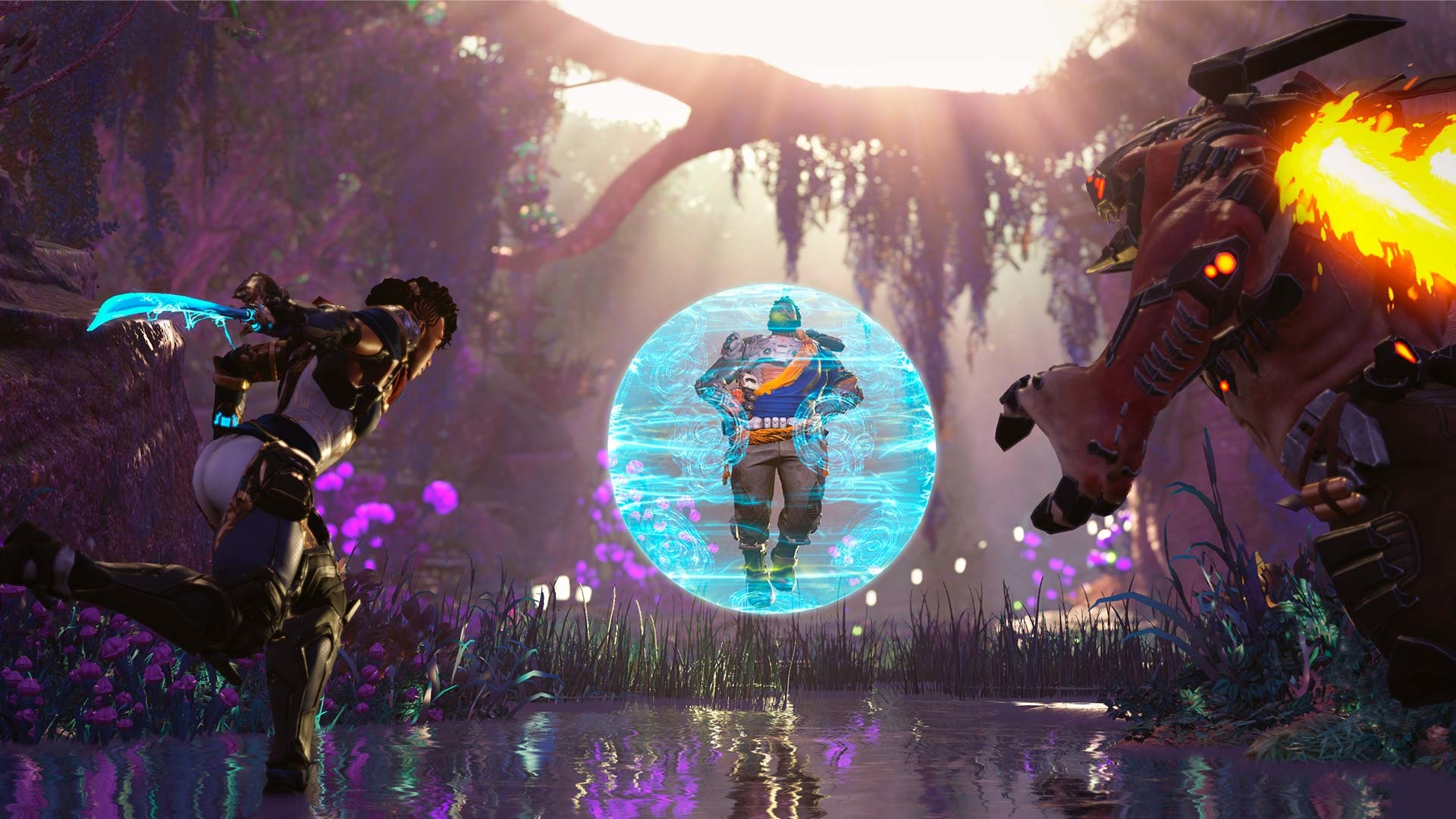 Crucible Review // So Much Money, so many flaws

Amazon. In today’s age, when you hear that word or read it, two things come to mind. The forest, and then the company. Amazon is a big company that started off as a company that sold and delivered books, then it went to selling anything you can think of, and now it’s foraging into media with original tv shows, movies, and the point of this review, video games.

Crucible was developed by Relentless Studios and became available for all to enjoy on May 20th, 2020. Another attempt at a hero shooter which cuts a lot of this review to me answering one question. Is Crucible fun? Let’s get into it.

At the time of this review, Crucible has 10 characters called Hunters. They’re all very varied, from the adorable garden bot named BUGG to the rough and gritty space war veteran named Captain Mendoza. The character design seems good, and each character has a healthy amount of backstory told through unlockables and character interactions. Customization is good with skins, banners, and of course the now assumably required for any hero shooter to succeed with microtransactions.

The Gameplay & The Issues:

I played only one game mode, and that was the mode that felt most like a MOBA. It was a 4v4 game mode with buffs scattered across the map. The objective was to destroy giant alien hives and collect their hearts. Pretty simple.

In terms of gameplay, playing Crucible is fun on a 50/50 basis. When the game’s performing the way it’s supposed to, it’s fun. When it’s kicking me out of games, and having the game suffer from frames halting to a near halt, is where I take issue.

All characters are fun to play, and when paired with the right ones, team synergy can make some fights real easy. It feels good working together with your team to deal that final blow to an enemy or hive. It’s not easy, however, to have team synergy in this game because of the total lack of chat.

With no voice chat or text chat, Crucible can feel like a frustrating game where I’m screaming into the void and no one can hear me. While some issues have been fixed, it’s quite frankly embarrassing that this game shipped with no chat whatsoever.

Maps have weird collisions which make me feel that they had no people testing this game and if they did, then obviously they didn’t treat them well. I found myself getting stuck on the most idiotic things. A misshapen log here, a tiny rock there. It’s frustrating.

Crucible is an okay game, but with the amount of issues and frustrating gameplay, I don’t expect it to be better unless the devs truly work on this game. It feels like it needs, at times, a total revamp. While the universe and characters are charming, the actual game is not.