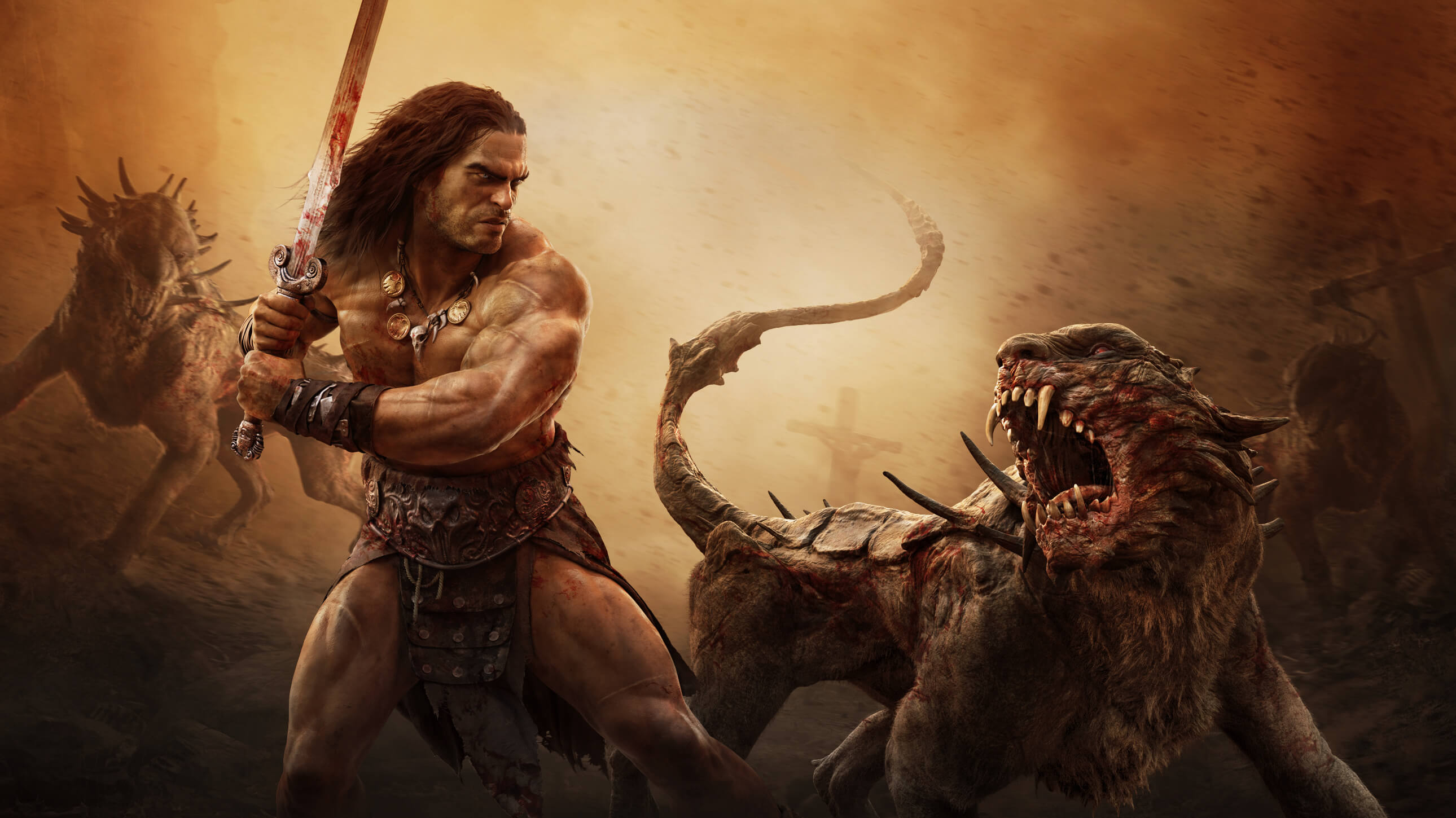 Conan Exiles is a clunky open world survival game that satisfies all the right spots.

Left for dead in the desert for crimes unspeakable, you are an exile, destined to die in a wasteland of both beast and man until given a second chance by a certain buff barbarian. Welcome to Conan: Exiles, an open world survival game in which you can hunt, enslave, and kill animals and humans for your gain or you and your friends.

The story of Conan: Exiles or CE as I’m going to call it for now just to make things easier on myself, is scarce. You are an exile, punished for crimes that you may or may not have committed. Your punishment is that you are left, crucified in a barbaric land filled with elephants, tigers, giant birds, and the occasional wooden beast, and no the land is not Australia, although people will sometimes pull a spear on you and try to make you a nice tasty human kebab like the ancient Australians. The goal? Try not to become tasty human kebab, become the person who instead kebabs others with whatever rusty sword you can make.

From the menu, you can choose several options, singleplayer/Co-Op, Multiplayer PVP, Multiplayer PVE, or Multiplayer PVEVP. The game does not change whichever you choose, the objective is still the same, survive and build. You level by crafting, killing, etc and the more you level, the more you can build. It’s simple really. Now that we’re all familiar with the premise of the game, let’s talk about how it plays, both awful and amazing.

Who are you, doomed one?

CE has a decent character creator, one that allows for customization that is in-depth enough to make your character feel unique. The basics are there such as gender, hair, body type and there are some advanced options such as wrinkles, religion, facial hair, muscular quality, etc. The religion you pick is just the one you start with as you can find and learn all religions at some point in the game. For me, I made an old man who believed in the cannibal god, Yog.

Welcome to The Sandstone City

I started Conan: Exiles with my friends, and thus we made a clan or a tribe in our server and named ourselves first, “The Crew” and then we renamed ourselves as “Dankey Bois” when we thought it would be funny. We made a home that is now somewhat massive, filled with trained animal pets and several slaves that work for us. We call it the Sandstone City. And with this, I want to go into what I like about CE is that it follows the same ideas and plans that games like Ark or Rust follow. Except CE implements some ideas better while making some other ideas a little worse. Instead of learning a single thing at a time like Rust or Ark, CE has you learning things in packs of several items and it is all divided nicely. From things such as structures to decorations to your religious idols, everything is easy to navigate and even easier to know what you’re unlocking.

While building on PC seems intuitive and easy to use, on a console it is a burden to try and build as any type of placeable object such as walls, decorations, etc have to be placed into a circle of quick select items by using L1 or LB. After hours of playing, it does not bother me as much as it used to but I still find it to be an unnecessary hassle. The other thing that bothers me about building seems to be on both PC and consoles; if you are trying to build anything, the game requires that it “snaps” to the terrain or other buildings which sounds fine in theory but other times it makes building things an anger inducing experience.

The combat is easy, if not clunky allowing for light and strong attacks while offering a wide range of weapons such as swords, axes, shields, daggers, bows, and arrows, etc, and the music is nothing short of wonderful. And with motion blur turned on, CE is a good looking game with a good frame rate.

If it sounds like I’m scrounging for good stuff to say about CE, I am. The game is fun, and it’s definitely good but there are a lot of issues within. Let’s talk about that.

The Accursed Lands of the Cloud

CE’s multiplayer relies on two types of servers as far as I can tell, user-owned servers similar to other games like Ark or Battlefield, or official servers. My friends and I are on an official PVP server which is sometimes laggy and intensely prone to multiple issues. The issues are but not limited to:

I imagine a fraction of these issues happen in single player and thus they’re kind of made moot but if you’re trying to do multiplayer, be prepared for the issues I’ve mentioned above. Now to be completely honest and fair towards the developers, Funcom, CE receives constant updates and tweaks to the game. Thus, server crashes only remove the server for a few hours and in our experience, we lost nothing after the downtime. Features that we wish for are sometimes added in surprisingly. A few days ago we wanted to tame elephants but couldn’t, then an update comes in allowing us to do exactly that. It’s nice and unexpected, and it shows that CE, for the time being, is receiving love and affection from its mama bear developers.

The issues CE has are at times insignificant and at other times, it is extremely infuriating. The only thing that makes up for the frustrating aspects is how in-depth and lovely the core gameplay is. The gameplay allows for some badass stories, let me show you with something that my friends and I just did a half hour ago at the time of me writing this.

During your time as an exile, you will have certain goals to do. Activities to complete in exchange for some nice XP, this is in your Journey tab and it is organized in Chapters as if your adventure as an exile is a book written by a cruel JK Rowling. For us, the activity was Destroy the Abyssal Remnant, and it gave us a nice hint of where to find it. So we traveled to the southwest of a river and entered a temple after making a human sacrifice.

As we felt the jagged stone walls, using it as a guide to direct ourselves in the murky darkness of what lied below the river until we then saw the golden braziers and shimmering sewer waters fraught with lizards and the undead. Using the ghosts of adventurers past, we solved the simple puzzles in the dungeon using a bow and arrow. After traversing the rising water puzzles, we found ourselves at our goal. It spoke to us in loving whispers, luring us deeply. Only one of us was bewitched, Gains Powerbottom, the muscular barbarian, and master of beasts. I, the cannibal samurai, and the leader of our group, a Samoan Viking held no love for the whispers, we felt naught but hatred. And there it was, an overgrown slimy earthworm that spat poison and lunged when it hungered for our flesh. After a few moments, it was dead, not a challenge, but a warning to those that would challenge our might.

Which is to say, after a clever dungeon, we fought a boss and killed it easily. It honestly made me feel powerful. As you can tell, everything you’ve done or will do in this game can be spun into a story of epic proportions. When the game works fine and there are no crashes and no lag, CE is a lovely game.

With everything we’ve learned by just playing the game, (as there was no tutorial), we managed to figure out a simple dungeon and killed a boss at the end of it. That earns some big points with me as I love games that teach players through gameplay and not big text boxes that try to hold your hand.

I’ve spent possibly about 60-80 hours on Conan Exiles since it was made free for PlayStation Plus. I’ve enjoyed making our Sandstone City, enslaving those who would kill me, and raising animals that we use to intimidate other players like our Alpha Boar named Porky Pig. The story is both lacking and fulfilling as the lore of the game is out in the world of CE, and also lazily written in your Journey tab. The servers crash, and lag often but they are maintained often. The combat is clunky as is the building mechanics but it’s good enough to ignore. Despite all the issues the game has, the mechanics the game has satisfies me enough to have me return time after infuriating time; the game shows passion, and a vision behind said passion. The content in the game brings back the old golden standard games used to follow, that when a game releases it would have been fully developed. CE seems to follow that old standard and offers DLC only in the form of cosmetics such as armor you can craft or buildings you can construct. The game is good and if I had to describe it in two words, I would call it “Unpolished Gem”. That sounds disdainful and full of disrespect but I mean it with love as gems only show their true beauty with time. Funcom care for CE, that much is obvious and I think with that care, they will make Conan Exiles a game that won’t be forgotten. I’d suggest you buy this game only after a sale where at least 10$ gets knocked off the price tag. 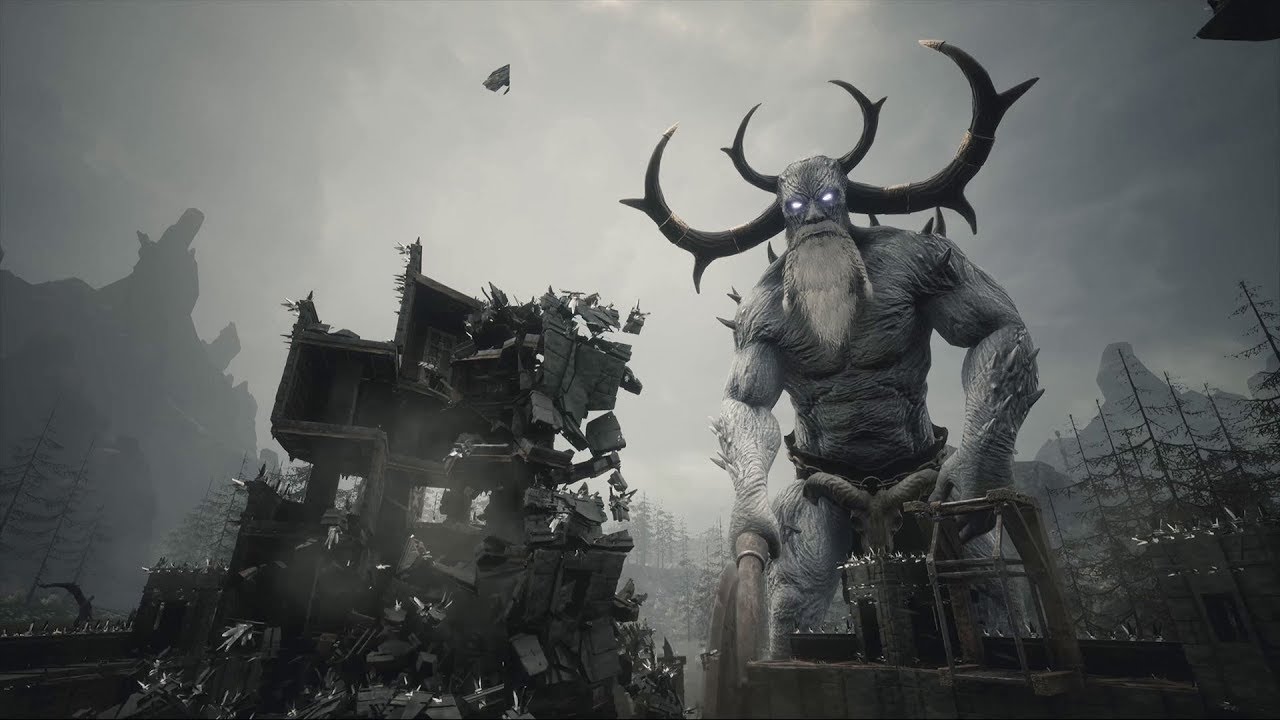