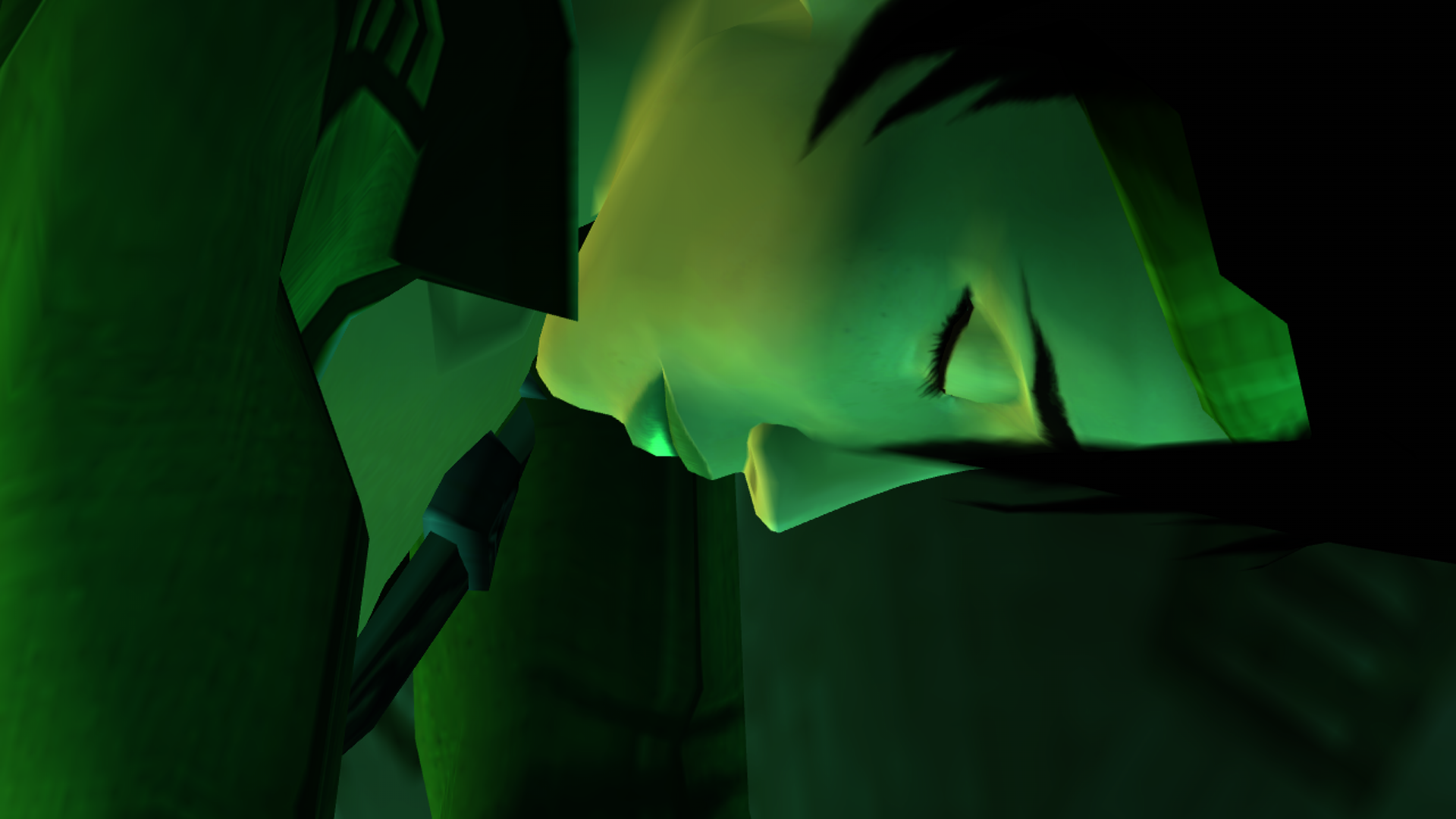 “Beyond Good and Evil”: A Master Class of Action-Adventure Storytelling

The legacy of the Beyond Good and Evil series is among the most infamous in gaming history. With Beyond Good and Evil 2 having a single E3 appearance before years of nothing, the sequel is one of those illusive titles that always gets brought up in discussions about one-and-done game announcements. But what was so great about the first game to begin with?

The original Beyond Good and Evil is a textbook cult classic which sold horribly when it came out in 2003. Released and developed by Ubisoft for PlayStation 2, Xbox, GameCube and PC, former company executives blame its poor commercial reception on the over-saturation of the video game market at the time and a lack of marketing. Critically it was praised pre- and post-launch, but audiences were gravitating to more established franchises and didn’t give this new IP a chance.

It’s understandable how such an odd game could have slipped through the cracks of the American zeitgeist, but for those who gave it the time of day, its breakneck pacing, witty writing and intuitive level design made it a pinnacle of action-adventure games of that era.

Beyond Good and Evil can best be described as a typical 6th generation game; action-adventure games from the early 2000’s often had a space theme where a pair of alien characters would embark on a quest across the galaxy and explore unfamiliar worlds. Great examples of this trend include the Jack and Daxter and Ratchet and Clank series. While not incredibly expansive, Beyond Good and Evil still nails that feeling of entering into a foreign intergalactic culture and having to discover its rules. The world feels lived-in and inhabited, which is something the best games of the genre were able to accomplish. Part of the reason its atmosphere is so well-established is because of the dialogue, and how characters interact with the world around them. 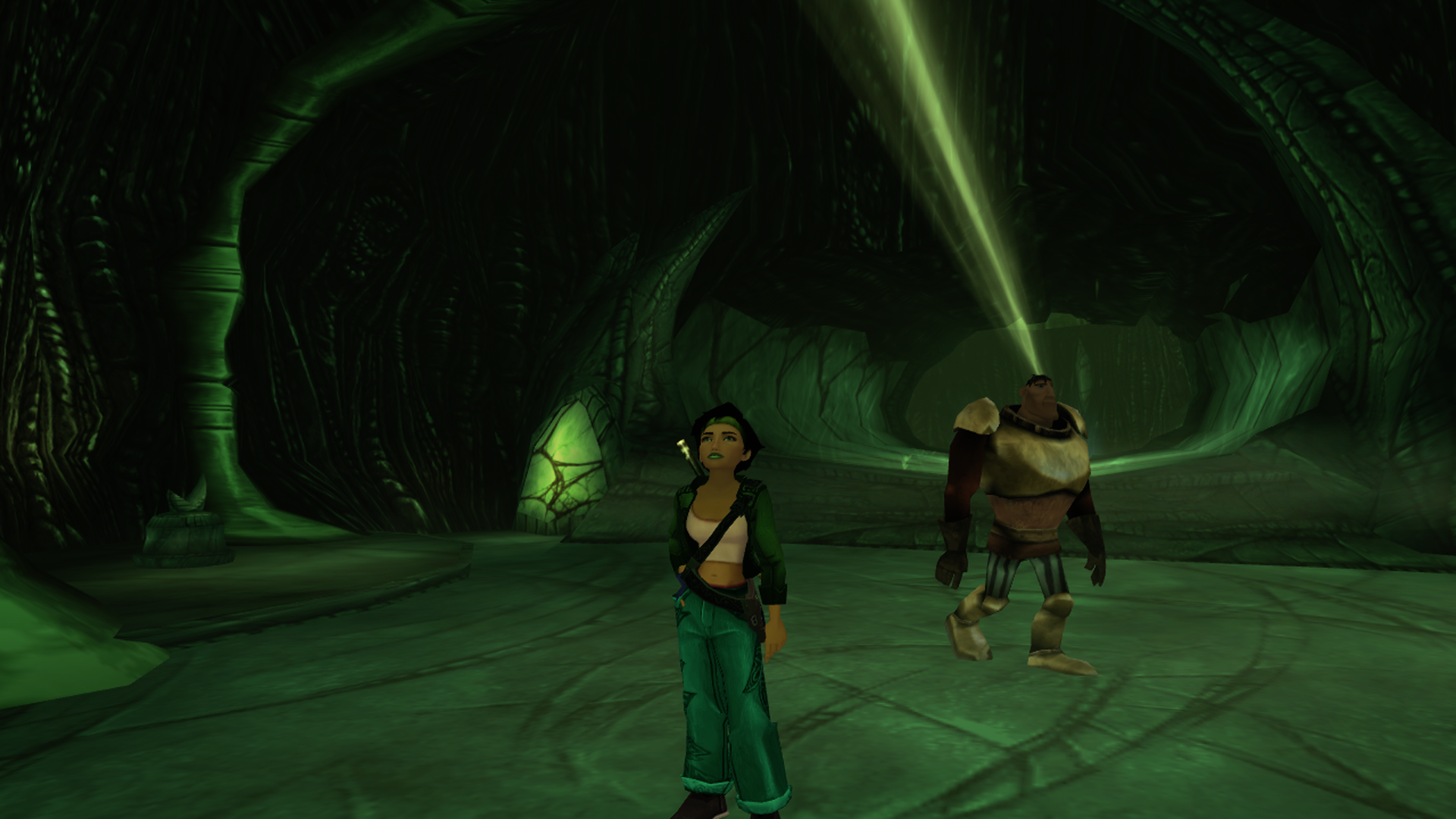 Beyond Good and Evil opens with an attack on an orphanage run by Jade, a muckraking news reporter, and her pig-sapien uncle/mechanic Pey’j. The malicious alien lifeforce known as the DomZ has been attacking planets across the galaxy, and after the damage has already been done, the government-run Alpha Sections always seems to show up just late enough to pick up the pieces and win some PR points. A rebellion, called the IRIS network, begins to suspect a conspiracy and recruits Jade to investigate the connection between the DomZ and Alpha Sections. Jade agrees, and her and Pey’j set out to report the truth to the people of their home planet.

The story feels like a well-written animated feature, with a setting and characters that feel realized despite the game’s short length. Beyond Good and Evil does an excellent job of contextualizing what you do in-game with the advancement of the narrative, which results in a story that is constantly moving.

In each area you visit, you’re consistently working towards a clear goal. It makes the player that much more invested in what’s happening, as it always feels like you’re actively affecting the plot. In similar games, the main objective can often gets muddled among the extra side missions, which is what makes Beyond Good and Evil stand out among its peers.

What also helps the game’s pacing is its ingenious level design. Dungeons are complicated, but crafted in such a way that they’re difficult to get lost in. Again, action-adventure games often have that problem of confusing environments that slow the story down. Beyond Good and Evil makes the exploring and puzzle-solving fun as you work towards uncovering the truth behind Alpha Sections. 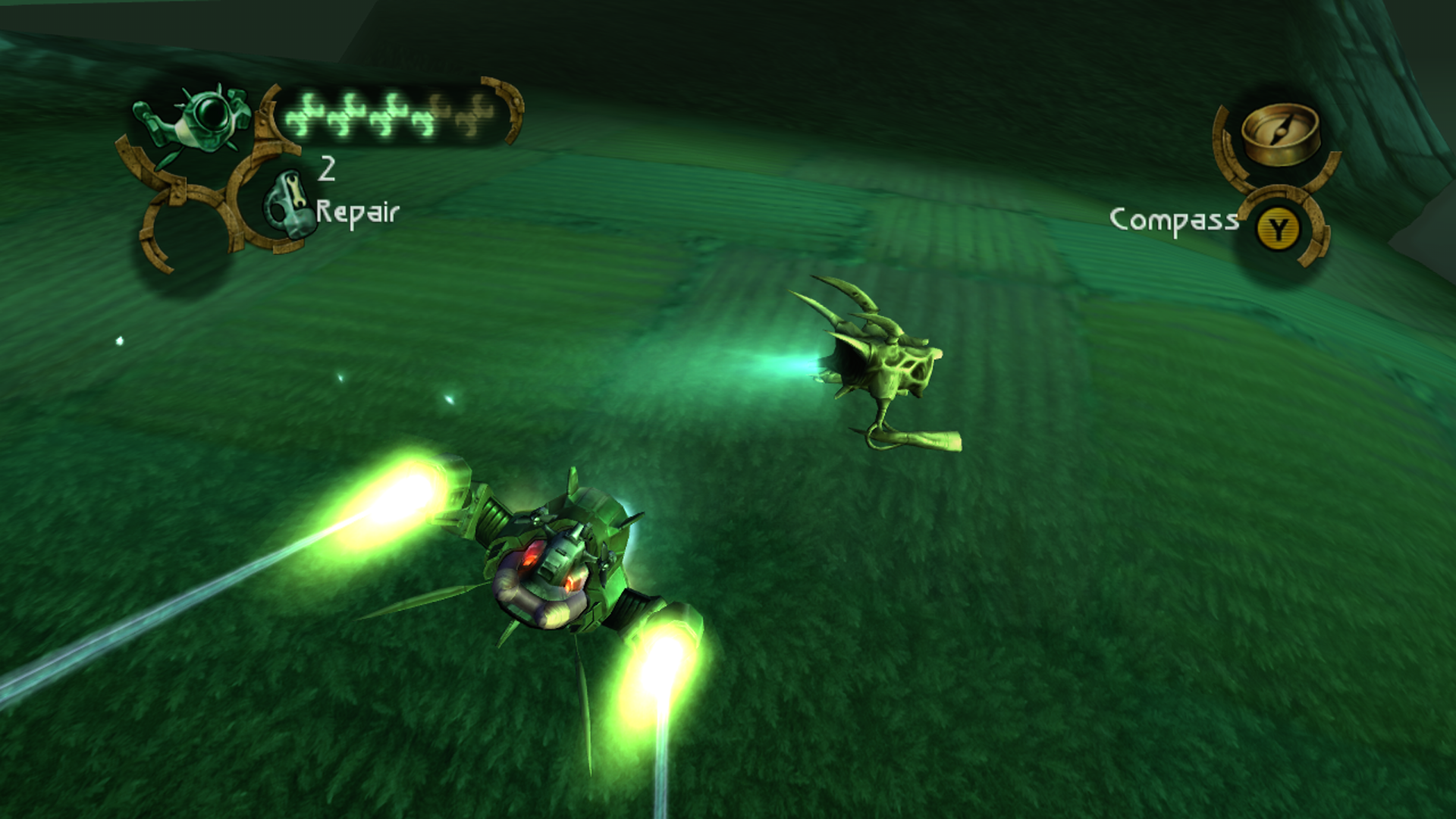 Apart from just the natural progression of the story, Beyond Good and Evil has other meaningful ways of communicating the player’s progress. There’s a central hub world that slowly opens up as you advance the story. Naturally, the upgrades and keys that are found during missions will allow access to previously restricted areas. This seems like a no-brainer, but the intimacy of the scaled-down planet of Beyond Good and Evil makes those moments of uncovering a previously hidden area feel like a big deal.

There’s also great gameplay variety, which again helps the game’s pacing. Missions have the puzzle-solving and admittedly mediocre combat sections, but there’s also vehicle races, stealth, and space combat. On top of that, there are original mini-games with NPCs that make the world of Beyond Good and Evil feel that much more realized.

If there is one thing holding the game back, it’s its length. It’s a great 6-10 hour experience, but there are longer games from its era that are less consistent yet larger in scale. There’s only a handful of side missions, so it’s fairly easy to experience everything the game has to offer after only a few days of playing.

There’s also no endgame, as after beating the final boss, you can only return to your last save point (which is likely too late in the game to return to the hub world ever again) or start a whole new game. It kills the replay value, although given the small amount of ancillary quests, the lack of a “new game +” isn’t a huge loss. 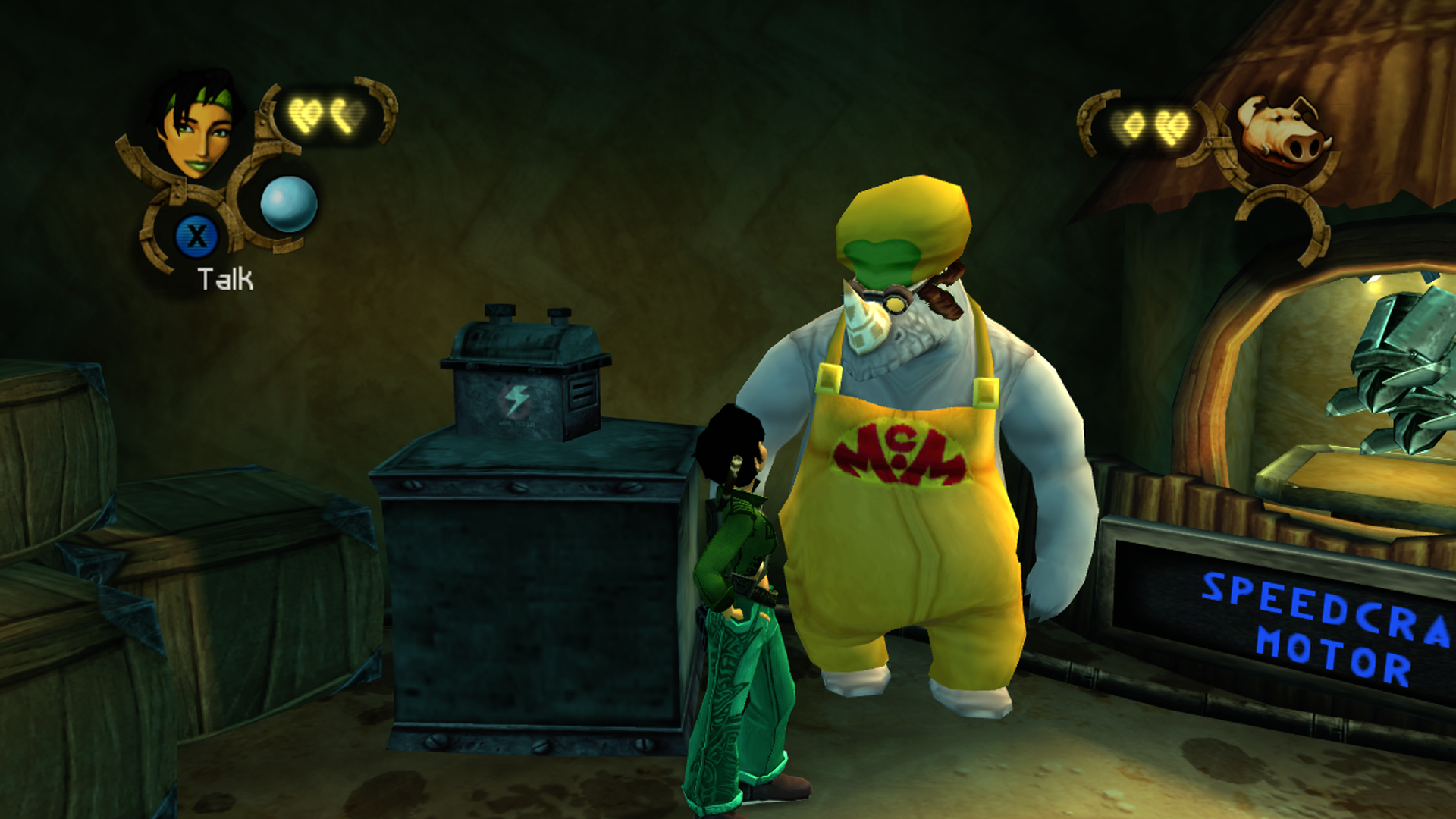 Beyond Good and Evil is a fascinating project from a bygone period of gaming. Today devs fill games with unimportant collectibles and repetitive side missions that seem designed to arbitrarily extend the game. This is what separates Beyond Good and Evil; it only gives players what’s necessary, and the result is a consistency that has since been lost on AAA games.

Hopefully the sequel does end up seeing the light of day, and is able to recapture that pacing of the original over a longer experience. Beyond Good and Evil lives up to its legacy, and is a shining example of how a tight, intimate game can be infinitely more memorable than hours of fluff.