What to Expect in The Odyssey of the Greek World (SPOILER ALERT!)

So, Assassin’s Creed: Odyssey is the 2nd entry in the AC series that features a full fledged RPG world. I know many of you have already played and finished the game by this point, but I know there are still many that haven’t even touched this game. I wanna give you some reasons as to why you should play this game.

So, looking at single player games, the main focus and obvious focus is the story. Odyssey’s story is one of an abandoned child searching for their family to build it back up to what it once used to be. You start with deciding whether to play as Alexios or Kassandra. The one you don’t choose will be featured several times throughout the game. The story starts off with you sitting on the island just enjoying the little things in life. You’re approached by some men who were ordered to make you pay for grievances that happened before the start of the game. Once you complete this mission and take down these baddies, you’ll follow a young girl named Phoebe who you’re very close with to another friend of yours.

From this point on, your life goes on a very different road than that of a small time mercenary (Misthios in-game) to that of a man or woman looking for their lost family non-stop. You start on the island of Kefalonia. You’re first approached by a mysterious man that has an offer to kill the commander of all the Spartan forces called “The Wolf.”

You eventually take the offer as you’re trying to earn some money and a ship to get off the island. The world begins to open up for you and you have even more choices than you did in Origins. One of the great aspects of this game is the inclusion of dialogue choices like we see in other games like Mass Effect. This adds a sense of life to the franchise that gets players involved in the story like never before.

More RPG elements can be see with a full load out of customizable weapons and armor pieces. If you thought Origins didnt give you enough choice, odyssey provides you with more gear than you know what to do with for your head, torso, arms, waist, and legs. The weapon types are the same but with tons more of them. This game really let’s you create your own style while also being able to customize individual pieces of gear with set color pieces. Upgrade your weaponry just like before but with the addition to add bonuses on your gear along with bonuses that come with them.

This leads me into the skill tree. There are three branches separated into Archer, Warrior, and Assassin. Like Origins and other RPGs, the experience you gain throughout the world will level you up and give you one skill point. You can invest in them how you choose and re-assign them if you don’t like how you placed them.

With this entry, however, we see the Shadow of Mordor system that organizes a list of all your opponents. In this case, you’re dealing with other mercenaries that travel the world completing jobs. You have a Notoriety system on the bottom right of your display that shows mercenary helmets that turn red with each new serious crime. It works it’s way up to a red helmet by every action that is seen as illegal. Once you have one of these helmets red, the closest mercenary to you tracks you down and fights you. Beware though, mercenaries are not to be fucked with lightly. If they’re more than two levels above you, you’ll have to pull some elder scrolls type trickery to take them down. The good thing is, if you go to the mercenary menu and look at the one that you’re about to fight, you can see what their strength and weakness is, giving you a nice battle plan to work with.

Speaking of systems, one of the most prominent systems are the Nation Power and Conquest battles. There are many nations on the mainland and islands in an ever shifting alliance under Sparta or Athens. These will shift alliances with or without you. These conquest battles feature 50v50 Spartans and Athenians.  The goal is to eliminate more soldiers than the opposing side depending on of your attacking or defending. Victory either means you take the territory or you successfully defended it. A nice bonus is the attacking force rewards you better. Before you can fight in these battles, you have to lower the power of the nation to the point that it triggers a battle for you to go to indicated by a purple bar on the lower right part of the display. You can take these down by stealing nation treasure, burning nation supplies, and destroying weapons and arrow racks found in forts and camps. You can also kill a shit ton of enemy soldiers as a well. All of this also lowers the protection around the nation leader found at either their house or wandering nearby or a fort. If you kill them without even lowering the bar one bit, the bar will go to zero. It’s best to get it to zero so that you have an easier time at the battle since their supplies and Morales are absolute shit. You’ll also have to fight another misthios (mercenary) that the opposing side hired from time to time.

Along with leveling up and gaining new skills, you’re given the broken spear of Leonidas. This spear gives you emense powers and has some skills dedicated to it. You can upgrade this spear to make it more powerful using tokens that you get.

These tokens are from the main storyline you take on. As you work to find and re-unite your family, you learn that a cult called The Cult of Cosmos were the ones that destroyed your family and are trying to take over the Greek world. You can actually reunite your family without actually killing most of the cult members. Systematically killing them no matter where your are finding your family is great though. There are five branches in this organization and each member you kill gives you a piece of armor to to put together once all of them have been kill for each branch. That means five unique armor sets along with five special weapons. Furthermore, you eventually learn about the lost city of Atlantis and have to battle four mythical Greek beasts. These allow you to seal the city from the cult and anyone looking to control the world. I’ll leave the rest of the story for you to find out.

Now we’re on to the graphics of this game. The graphics are just as beautiful as Origins. I believe the atmosphere of the Ancient Greek world adds a special feel to everything you see. We best see this with the oceans, cities, statues and God Rays. The ocean is absolutely gorgeous no matter the time of the day. It flows so great as your ship travels through it with the moonlight or sun reflecting off of it. Many a time, you’ll catch a sight of a whale jumping out of the water near you and groups of dolphins swimming next to you.

The cities are pouring with eye candy from how gorgeous and real everything looks. They really capture what it means to go to another world and really feel like you’re there. Every city has some sort of statue dedicated to any one of the Greek Gods with some being small and others massive to outshine their neighbors. You climb the God and wonder what it must’ve been like to see such beauty in real life. Lastly, the God Ray’s have been called too much in the game, but I think they’re just perfect to add depth to an already astounding visual performance.

The audio is just as great as the graphics. Every little step and move is accounted for to immerse you into the world. There was never once a problem trying to hear what the characters were saying and it was nice to crisply hear birds as you ride in the woods. Battle sounds give you the feel of real combat and creates a tenseness that leaves you in awe. Hell, even the dramatic music at certain parts in missions are perfectly timed to give maximum theater.

Overall, the general gameplay is amazing. The movement of the player is spot on with where you want to go, so there’s never a lapse in response time. The story is well done and pulls you in making you feel for the characters. Side missions are extra cherries on top with some being less interesting than others. The world captures the essence of what we imagine Ancient Greece looked like. I left the game very satisfied and I hope with this review that you’ll try it out if you havent yet! Thanks! 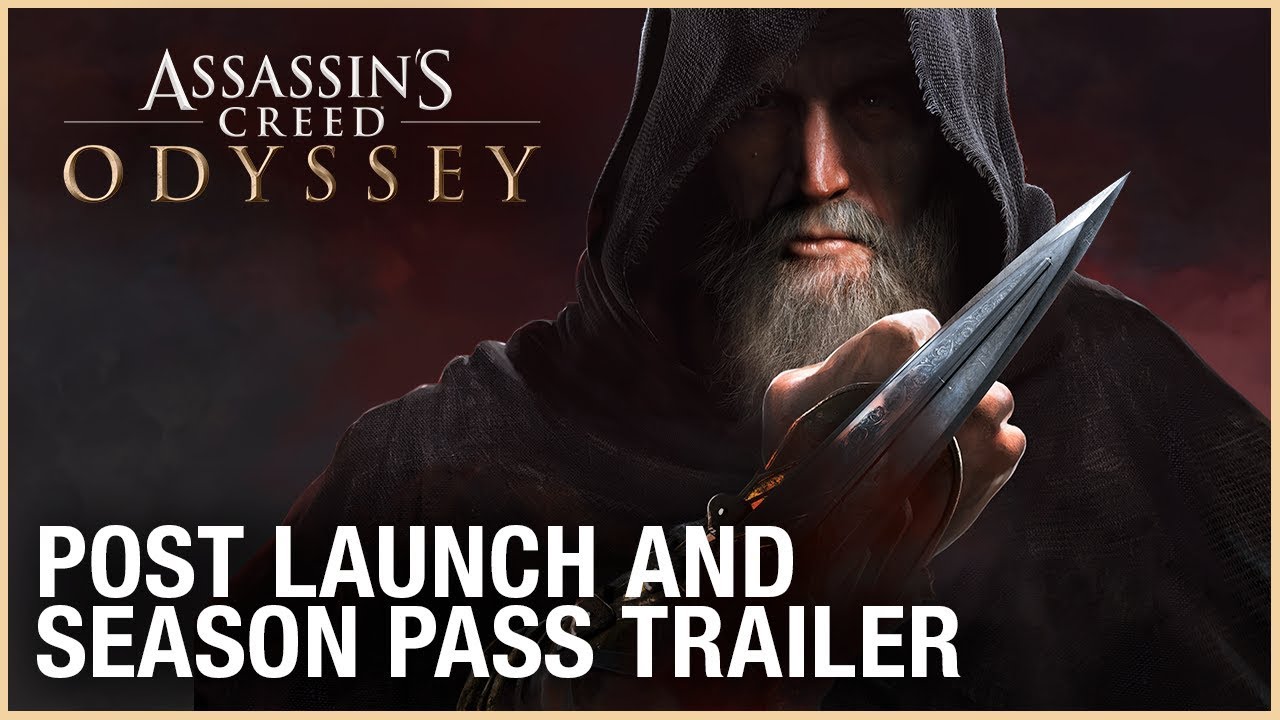