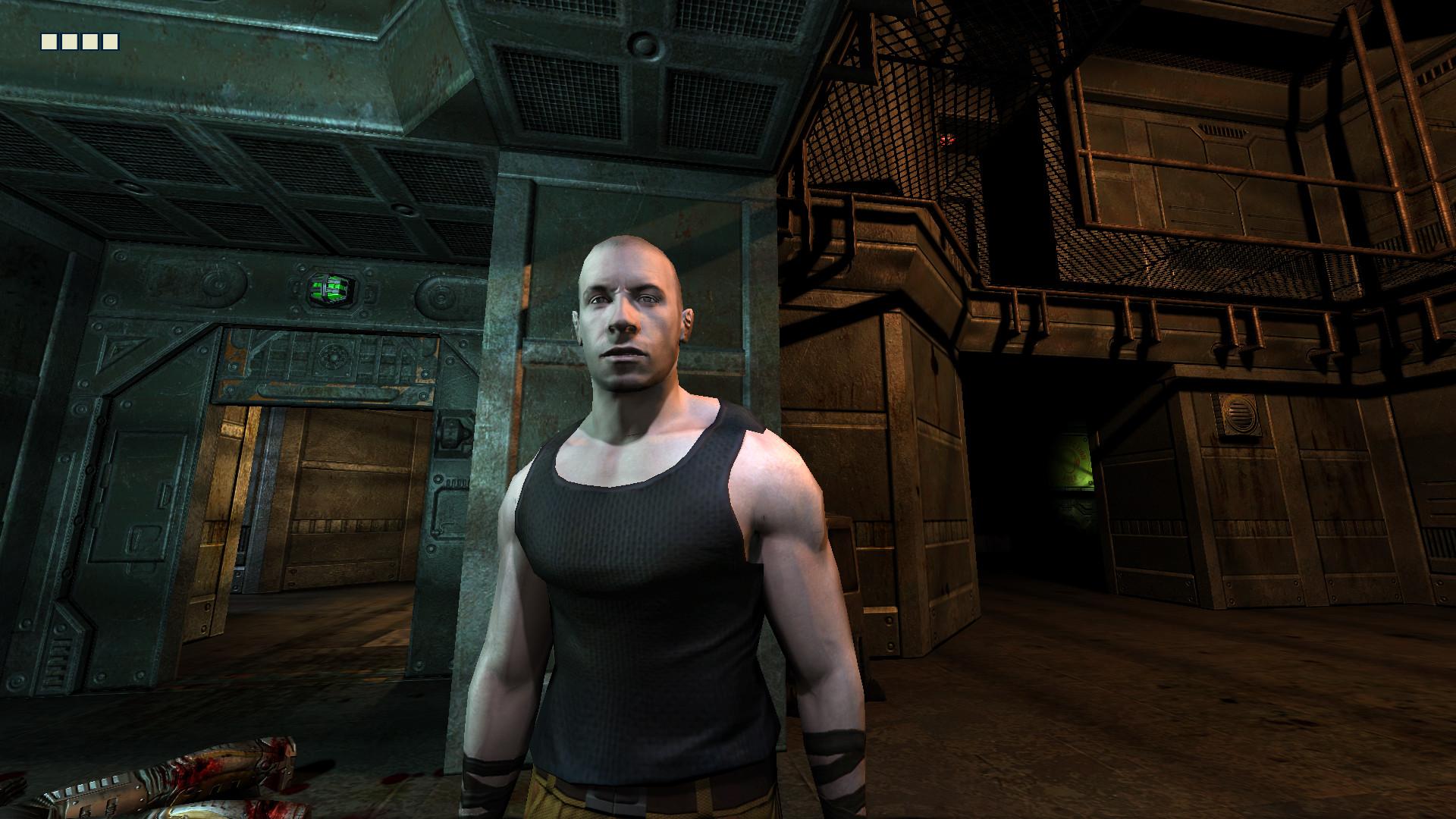 An Instant Classic! You Must Try This Game.

Don’t let the lack of Xbox Live support lead you to shy away from this game. Chronicles of Riddick: Escape From Butcher Bay is damn near the best FPS on the Xbox, and aside from Halo, would be number one in the eyes of many. This game looks great, though some textures do have slight jaggies, the bump mapping and normal mapping Starbreeze Games has used makes it shine like no game before. The sound quality is great too, with top notch voice actors including Vin Diesel, Xzibit, Ron Perlman, and Michael Rooker providing a top notch experience on several different levels. The controls in this game are on par with any other game in the FPS genre, and with the added stealth elements and great hand-to-hand combat, it really outshines its closest competitors.

As far as the story goes, I won’t let too much out of the bag. The game’s protagonist is Richard B. Riddick(played by Vin Diesel), a murderer recently confined in Butcher Bay, a prison on a planet in close proximity to a star, with a reputation of being inescapable. Riddick however, is resourceful, and seeks to break out of Butcher Bay by any means necessary. His captor is the bounty hunter William J. Johns, the two have had previous encounters. Together with another inmate, Jagger Valance(played by Ron Perlman), you must devise an escape plan, perform tasks for other inmates in order to obtain items to assist in your prison break, and escape from Butcher Bay, a maximum-security level prison on a barren planet, from which no prisoner has escaped before.

Overall it takes about 10-15 hours to beat this game on the easy level, and with 2 more difficulty levels to go, it has a fair amount of re-playability. Unfortunately there is no multiplayer option for this game, but I suspect many wont mind, the single player experience is at the top of its class on nearly every level.

Final Word: All in all, whether you are an Xbox Live fanatic, or an FPS fanatic, Chronicles of Riddick: Escape From Butcher Bay is definitely  worth the money. Even though the game lacks a multiplayer mode, you will still have a blast playing this game while waiting for your buddies on Live. Even then, chances are fairly high that you’ll forget about them in order to continue playing the single player story.