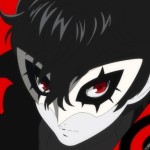 Aaaaaand I just finished Uncharted 4. I didn’t think Among Thieves could be topped, but…A Thief’s End is just better in every way. Better gameplay, better set pieces, better story, better character interaction, and it actually feels like you’re on a treasure hunt this time. I rarely do this, but if I did rating scales anymore, Uncharted 4 has earned a 10/10 based on the campaign alone. It’s not perfect (no such game exists), but it’s as close to being that as a game can be. Naughty Dog has done twice in a row now for me.